In the future, robots will take over the world, and humanity is given the not-so-happy task of killing every single one of them. And in a roguelike fashion.

In this wacky future of Synthetik 2, you play as a soldier fighting his/her way to the top to stop the Heart of Armageddon that’s protected by an armada of robots and soldier bots ready to tear you a new one. You’ll have to invade the fortress in one playthrough; no pauses in-between. If you die, you start back at the beginning though you retain your progress roguelike style. In keeping true to roguelike titles that have been popping up for a while, you keep whatever progress you earn. 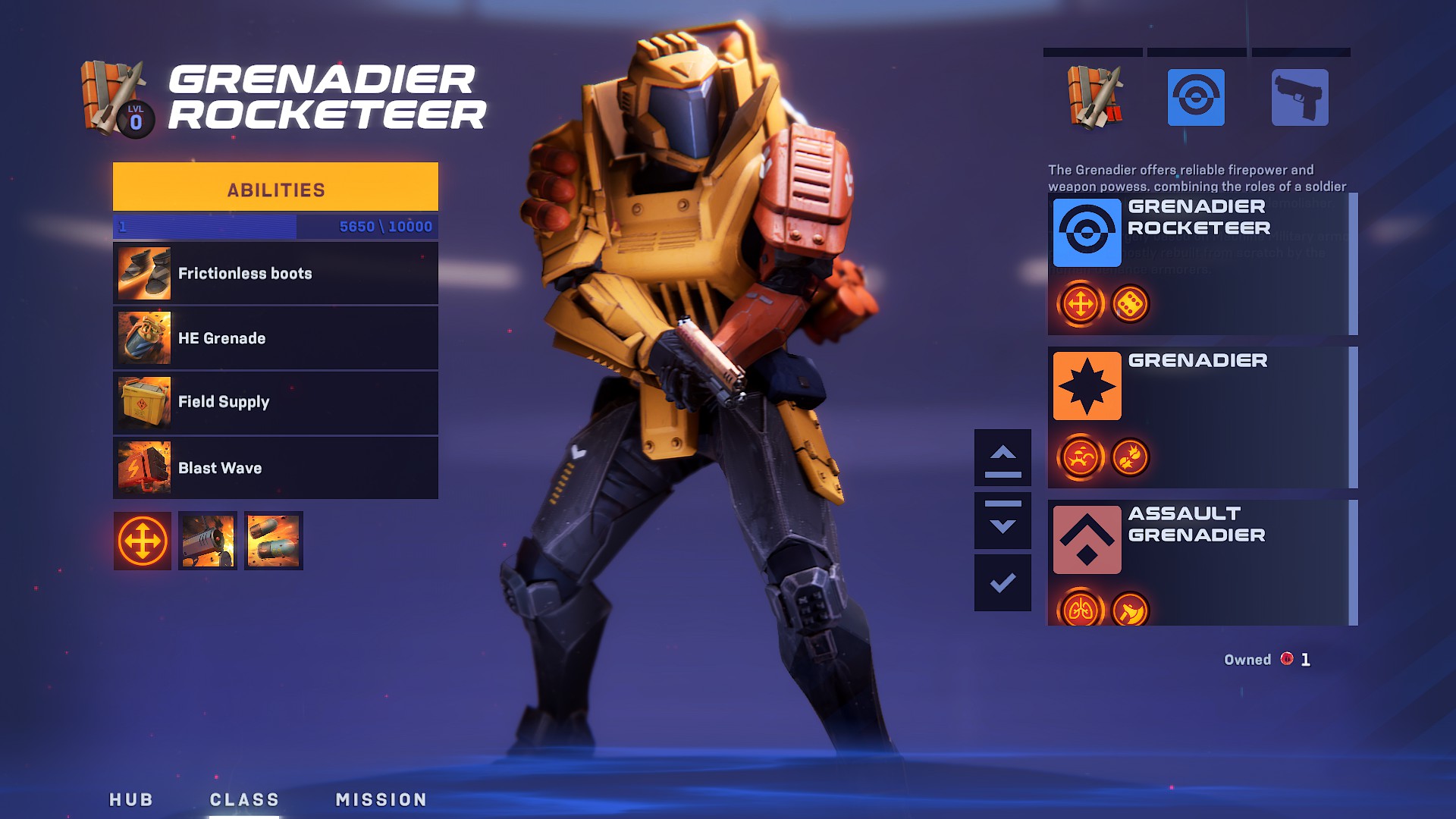 Synthetik 2 gives you 3 different classes to choose from. I just went for the one with the most weapons: the Grenadier/Rocketeer. He starts off with a rocket launcher with semi-homing, gets a lot of bonuses from triple kills and beyond, and a number of perks with its sub-classes. That’s right: each main class gets a bunch of sub-classes to pick from: I just went with the Grenadier sub-class that refunds bullets in your magazine if you do double kills

What I appreciate from this shooter, apart from its synth-influenced aesthetics and look, is that it’s honest: you’re just replaying the game for the robot-killing, and you’re seeing how far you can reach before it all blows up in your face. And it’s fun for the most part. The controls are alright, the challenge ramps up past the first room where more killer robots swarm you if you aren’t active or agile enough, and headshotting them feels so good. You’ll need to really be on-point with the isometric shooter and mouse-aiming mechanics because the bots here do not let up.

Plus, I notice my magazine running out of bullets quicker than I thought, leading to the game’s weird mechanic of making you “unjam” your gun, and then reloading it. The latter action requires you to time the active reload indicator precisely lest you take an extra half-second before your magazine is full. It does add to the challenge and makes you appreciate the game’s multitude of cover options more. 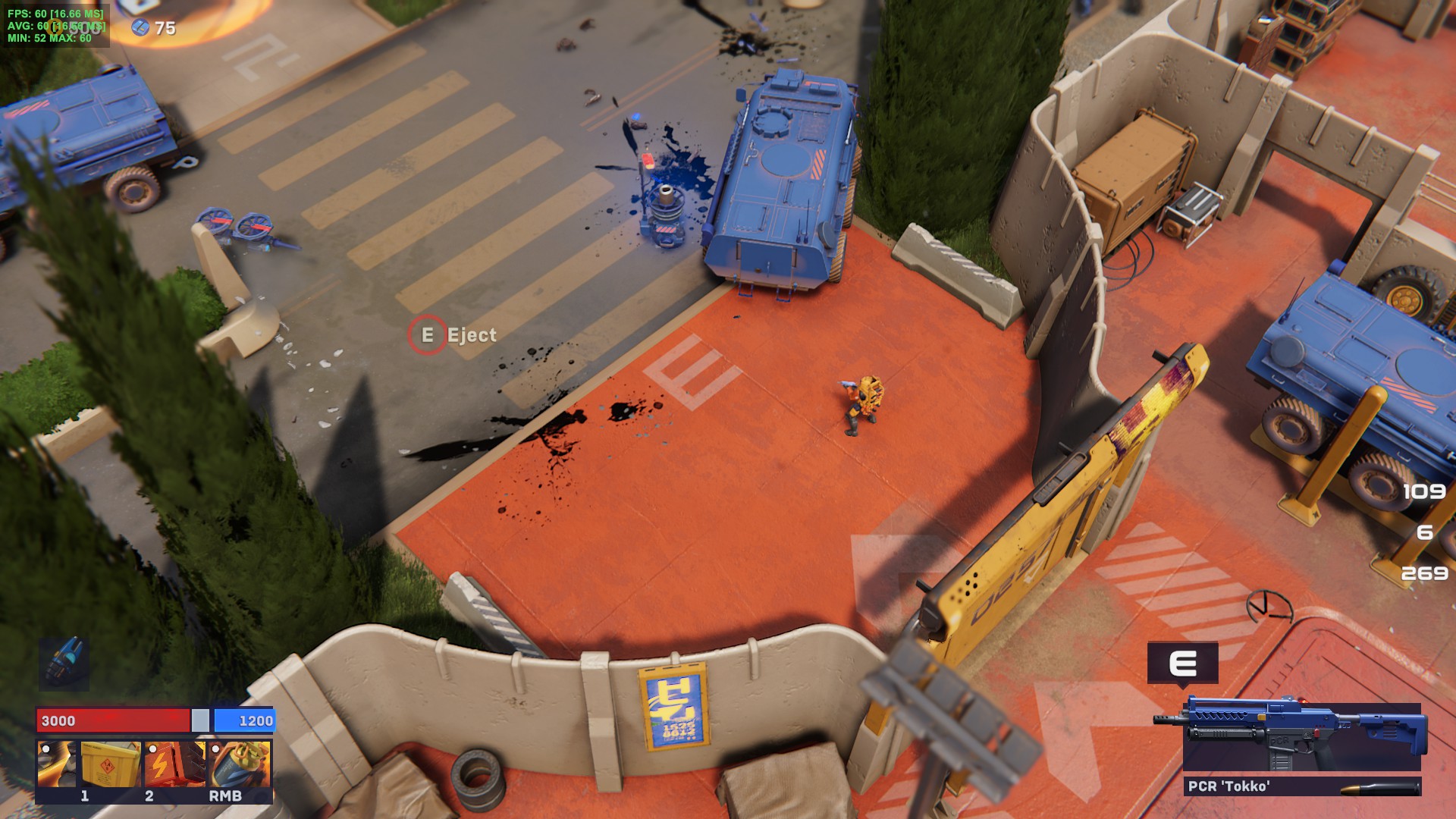 The game is clearly in Early Access mode: missing menus, existing menu buttons that don’t work properly, and camera stuttering aplenty. Sometimes, the reloading indicators do not come out as planned. It’s clearly a work in progress, but at least it’s a playable one that has the base game down pat. Now all it needs is its Community and Modding scene unveiled later on to add more replayability. Developer Flow Fire Games has its work cut out for itself as it’ll need loads of time to tweak everything to action gaming perfection.

Synthetik 2 is out now in Early Access form on PC via Steam. Go check it out if you need another shooter roguelike action game in your indie arsenal.

There's a mod for the Yakuza spin-off game Judgement that restores the original actor for Captain Hamura after he was removed following drug charges i...

Feature
What I Really Want From Borderlands 3

After seeing a couple of wishlists for Borderlands 3 from certain big-named publications, I came to one conclusion. These people do not know what the...