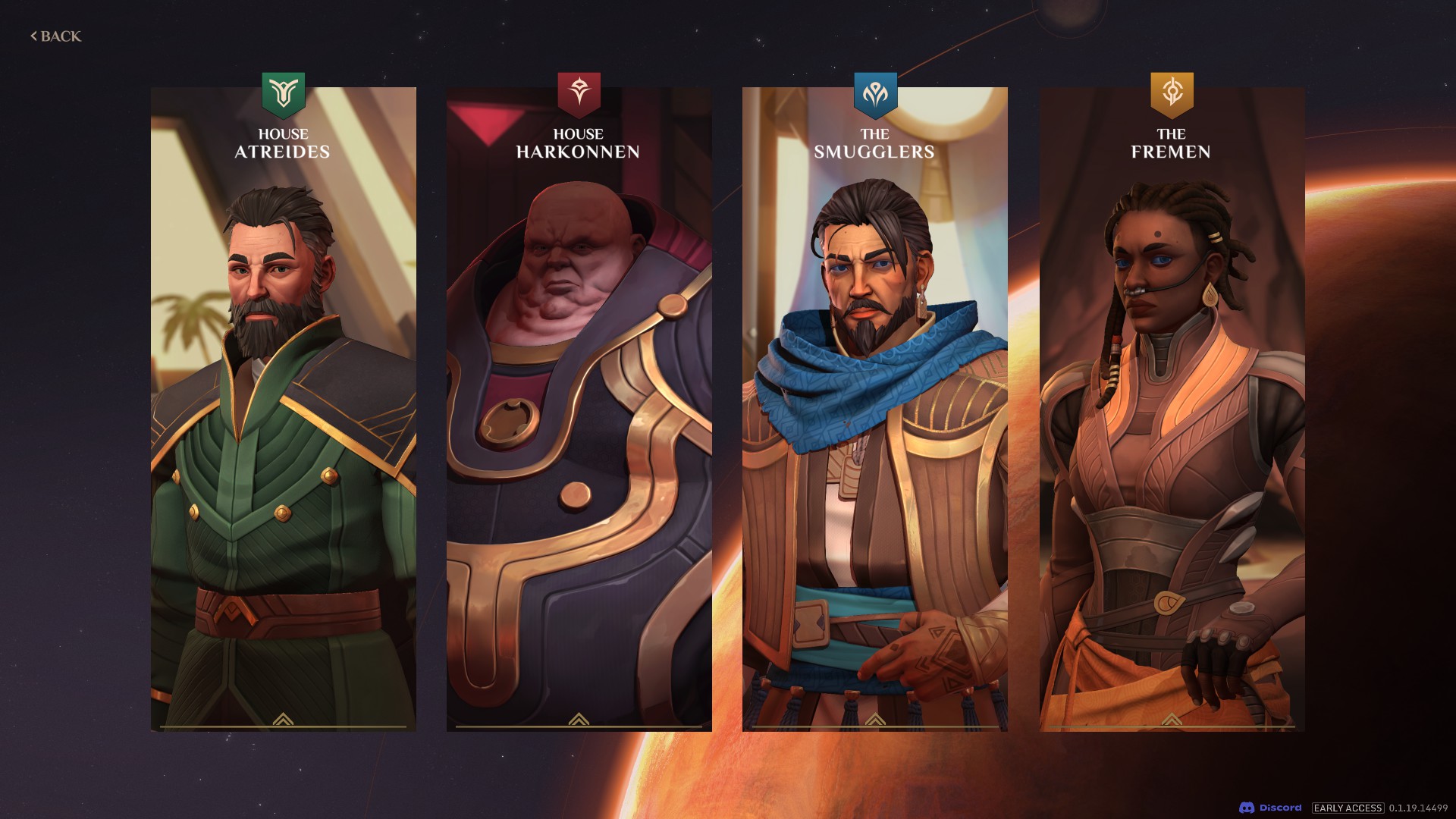 Frank Herbert’s Dune franchise is arguably at its highest pop culture zenith right now, thanks to the critically-acclaimed epic that was Denis Villeneuve’s Dune Part One film (check out my review of that here) in 2021. It’s the best time for a Dune video game to arrive and it’s even double the auspiciousness that the new Dune game is an RTS, just like 1992’s Dune II (which is known to have kicked off the modern RTS genre of PC games).

Dune Spice Wars is a 4X RTS game from the developers of 2017’s Northgard. Set in Frank Herbert’s Dune universe, you have to lead your faction and battle for control and dominance over the harsh desert planet of Arrakis. There are four different factions to choose fro, including, of course, House Atreides, House Harkonnen, the Fremen, and last but not least; a generic smuggler faction.

A faction starts with only a capital so you start exploring, taking over villages and find resources. A colonial’s dream, yeah? Well, that’s basically what you are. Victory conditions include either wiping out your enemies, or scoring enough political points (Hegemony) to become the Governors Of Dune (more on this later).

Each faction has bonuses, with several unique sub-leaders with their own respective bonuses to choose from (of which you can only choose two). With this being an RTS game, you can expect there to be lots of different resources to accumulate and keep track of, as well as different mechanics representing military, economics, politics, and espionage. It may seem like a lot to master, but the learning curve actually doesn’t feel too steep. Granted, I’m a Total War veteran with thousands of hours in the franchise, but I’d say that Dune Spice Wars is still easier to understand and more accessible than most other strategy games.

The gameplay loop in Dune Spice Wars is basically that you have to scan the world around your capital with Ornithopters (yeah, those dragonfly-looking helicopter vehicles) to search for settlements, resources and other points of interests. You then send in your units of troops and other specialized vehicles to expand your territory and harvest Spice, which is the main resource in the game.

Different factions have different playstyles. You can take the path of honor and political power as the respected House Atreides, choose violence and tyranny as House Harkonnen, become master of desert survival and guerilla tactics with the native Fremen and gain influence through shady deals and infiltration as the Smugglers.

For instance, as House Atreides, I could peacefully annex settlements and villages without having to send my units for combat. The political mechanic of the game is gaining Influence/Hegemony points and participating in the Landsraad council. You can use your Influence to sway votes in order to approve or decline certain policies/resolutions (whichever is most beneficial to your faction).

Dune Miss Out On This Game

Dune Spice Wars doesn’t really do anything new, but most of the mechanics, like the military and economics, feel fleshed out. Unfortunately, I can’t say the same about the politics and espionage mechanics. These still feel undercooked, with some balancing issues to iron out. In addition, the game’s mechanics and victory conditions in the current state of the game clearly favours House Atreides and House Harkonnen.

The developer will have to find and introduce more ways for the Fremen and Smuggler factions to feel more fun to play as, and less of being at an disadvantage (though in hindsight, that could have been a deliberate choice). Still, the Fremen and Smuggler factions shouldn’t have to necessarily play the same game as House Atreides and House Harkonnen, It doesn’t make much sense that these factions would participate in the same imperial politics as House Atreides and House Harkonnen.

Despite being in Early Access, the game doesn’t feel unfinished. It’s very much playable with a decent amount of content, but I did experience stuttering issues from time to time. However, it’s reassuring that the developer has promised that the game will be updated and expanded with a full campaign and multiplayer, including more features and improved balance throughout Early Access, based on your crucial feedback.

Ultimately, there’s a lot of potential and space for Dune Spice Wars to grow and improve, but if you’re looking for a Dune game or even a fun RTS game to invest in, you can’t go wrong with this one. Obviously, this game would be much better appreciated by Dune fans for its world and details.

Even If Dreamscaper Isn't Finished, It's A Promising Surreal Action RPG