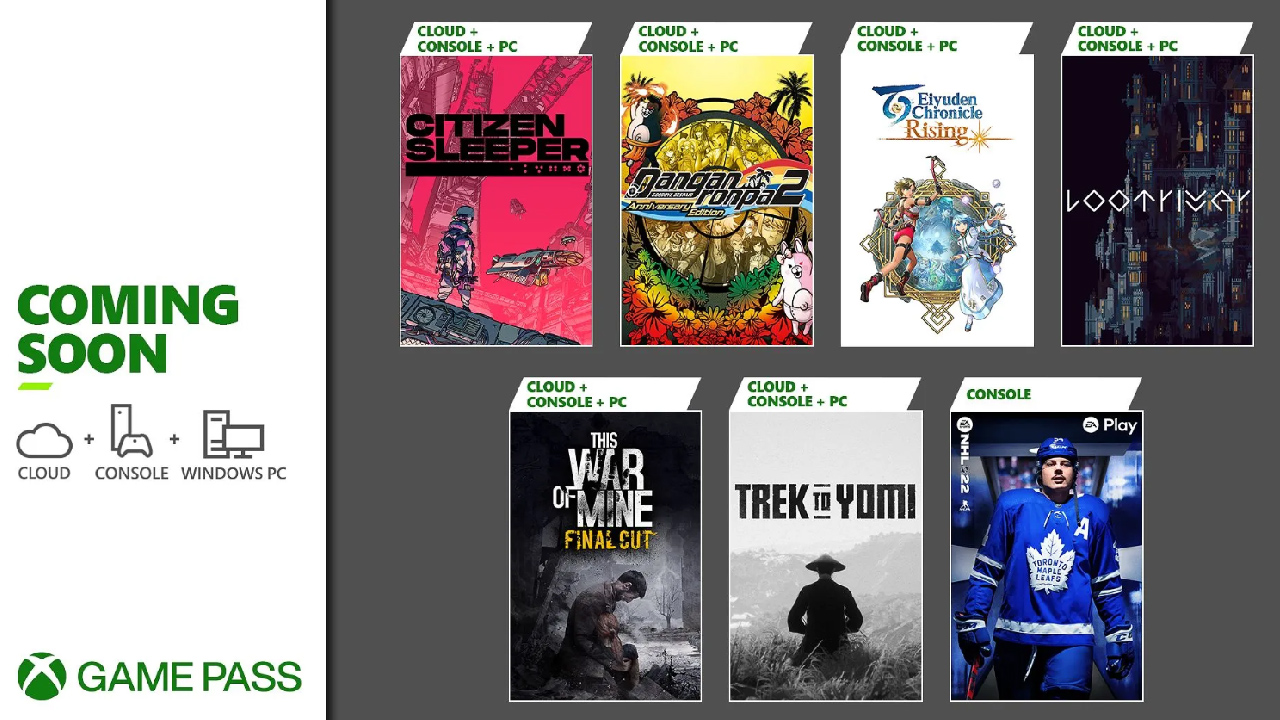 Xbox Game Pass and PC Game Pass have a slew of new titles for this May 2022. Hope you like a ton of indie titles because that’s what you’re flooded with.

Speaking of flood, Loot River is one such game, out right now for Xbox Game Pass and PC Game Pass. We had a blast with the roguelike Tetris-esque block-shifting game; check out our review to find out why.

Here are the rest of the games coming out for the subscription service:

Trek To Yomi – Available on day one with Game Pass: Trek to Yomi is a cinematic action adventure game that follows an enthralling story of Hiroki during his fall against the forces of evil. Experience his heroic return to make good on his failed promise to save the people he sore to protect.

Citizen Sleeper – Live the life of an escaped worker, washed-up on a lawless station at the edge of an interstellar society. Inspired by the flexibility and freedom of tabletop RPGs, explore the station, choose your friends, escape your past and change your future.

Danganronpa 2: Goodbye Despair Anniversary Edition – On Jabberwock Island, you and your classmates were ready for fun in the sun until Monokuma returned! Trapped in a dangerous situation, you must survive through the class trials. Your only hope rests in solving the island’s mysteries. Plus, Ultimate members can play with native touch controls with cloud gaming on day one, no controller needed!

NHL 22 – Experience breakthrough hockey with Game Pass Ultimate and EA Play! NHL 22 is coming soon to The Play List, so all members can hit the ice. Members also get NHL 22 rewards, including World of Chel gear sets, and more.