World of Warships and World of Warships: Legends have launched two new content updates in anticipation of 2023 and in commemoration of their five-year anniversary on Steam.

The updates welcome 2023 with plenty of new year’s content including a free Container, a “Carol Clash” and New Year’s battles. For console players in World of Warships: Legends, the festivities kick off with a three-week Warships Advent-ure calendar, alongside the Double Impact campaign with two ships waiting at the end, and a number of ships and guises to be claimed in exchange for Legend’s Winter Shards.

Out with the old and in with the new

As 2023 quickly approaches, World of Warships brings players plenty of ways to celebrate the new year. Kicking off these celebrations a free Santa’s Gift Container in the Admiralty. With additional Santa’s Containers available in the Armory and Premium shop, these Containers are chock full of treats to beat those January blues. Packed with anything from doubloons and coal to one of 174 ships – some of which are rare – players can sail into the new year with ease. 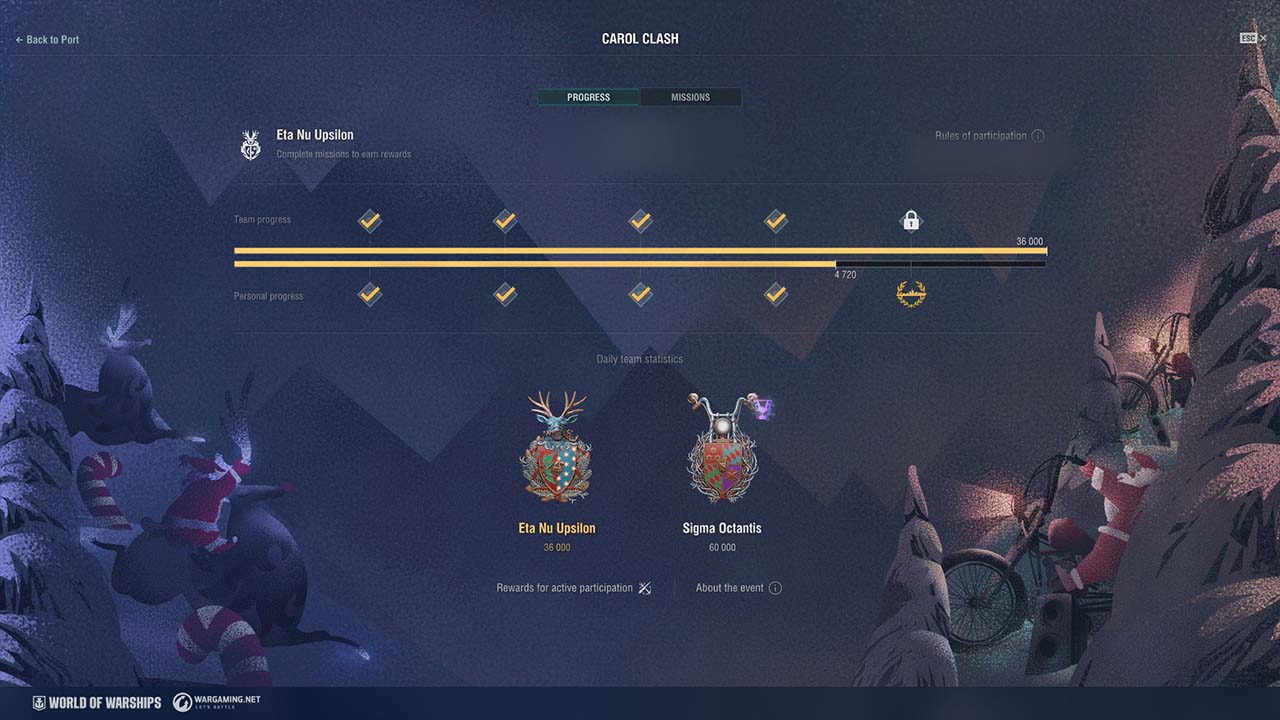 Warships also see a Carol Clash kick off halfway through the month, where two teams will go head-to-head as Santa Clauses from the opposing poles to deliver gifts on time. Participate in the event to secure one of two themed commanders with unique voice lines, alongside one of two permanent camouflages, among many other prizes. Finally, five groups of combat missions, entitled “New Year’s Battle” offer players their choice of ships – Dido or Canarias – as a reward for completing these missions.

To celebrate five years on Steam, World of Warships is offering new players on this platform an easy way to earn $5 USD Steam Wallet credit, by earning the “Amateur” achievement by winning 10 random battles before 17 December. Those who are successful will see this credit added to their Steam Wallet within a week of completing the challenge.

Walking in a Warships wonderland 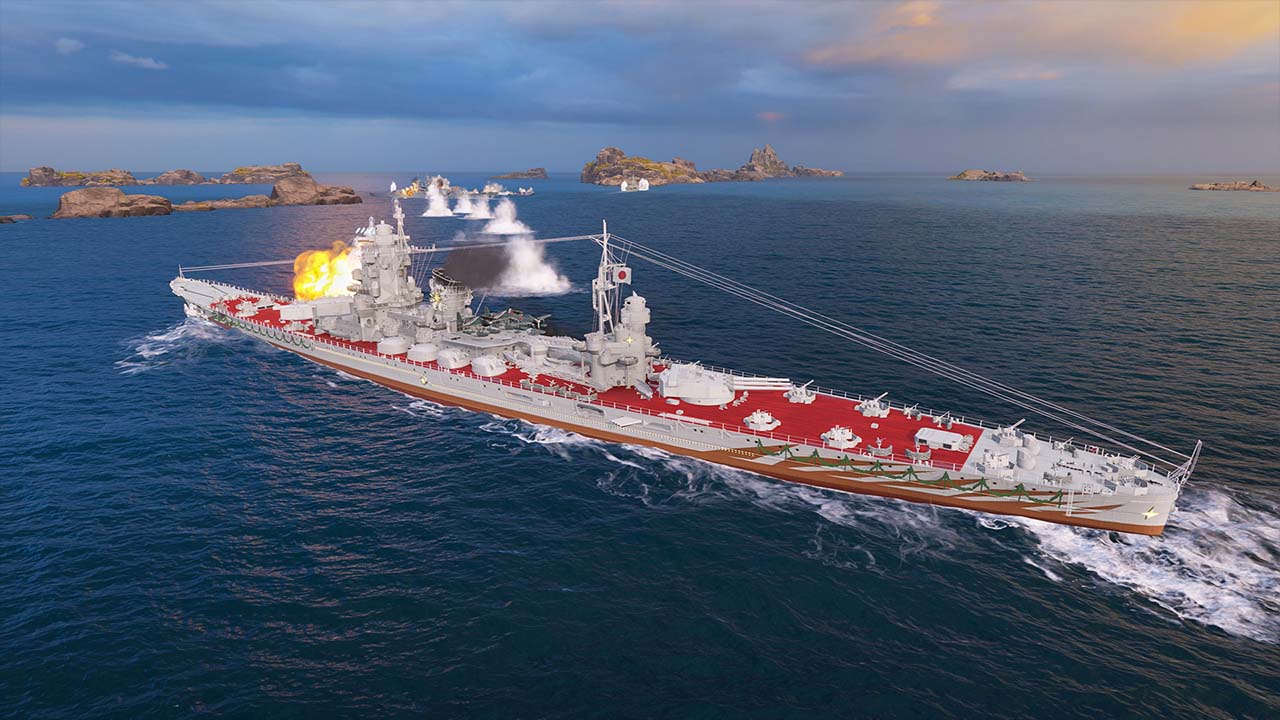 World of Warships: Legends welcomes the holiday season. As part of the festivities, Winter Shards are introduced and can be acquired anywhere from Windroses to Arena mode and purchasing bundles. Secure these shards, and players can unlock plenty of goodies, from winter ships to Commander guises – including the Legendary Japanese cruiser, Yoshino, that comes decked out in her own special holiday skin. A bunch of different crates are also making their way into the game, packed with their own surprises.

But the giving doesn’t stop there, in the classic five-week, 100-milestone format, Legends is welcoming the Double Impact Campaign. Waiting at the end as the prize? Not one, but two very capable Tier VIII ships were up for grabs with the Italian battleship Marco Polo and its British counterpart, Marlborough. These ships both have impressive guns, Marco Polo’s 16-inch guns aid with taking down enemies as its sturdy armour prevents damage, and Marlborough can do plenty of damage with 16 of its own 14-inch guns.

Finally, World of Warships: Legends gives players not 12, but 21 days of Christmas with its Adventure calendar. Packed full of daily tasks, yielding both daily and weekly prizes, players can work their way to the ultimate prize – a calendar-exclusive Commander Santa guise that can be used on almost every Commander within the game.

Larian has confirmed that Baldur's Gate 3 has been delayed to sometime in 2023 for its full release, which means that it will remain in Steam Early Ac...

News
You Can Dress As Hololive VTubers In Among Us

With the release of version v2022.9.20, Among Us announces its new Cosmicube Collaboration with Hololive Production that introduces your favourite Hol...