Not Even The Bat-Family Can Save Gotham Knights

The best way to describe Gotham Knights is that it’s a massive waste of potential. It doesn’t help that the game comes with the huge baggage of being compared to the brilliant Batman Arkham games from Rocksteady, which definitely doesn’t do it any favours. It’s not all bad though, and while Gotham Knights does remind me of Marvel’s Avengers, it’s nowhere near as much of a disaster as that 2020 title from Crystal Dynamics. In comparison, Warner Bros. Montreal’s Gotham Knights is a mediocre game at best.

Death In The Bat-Family 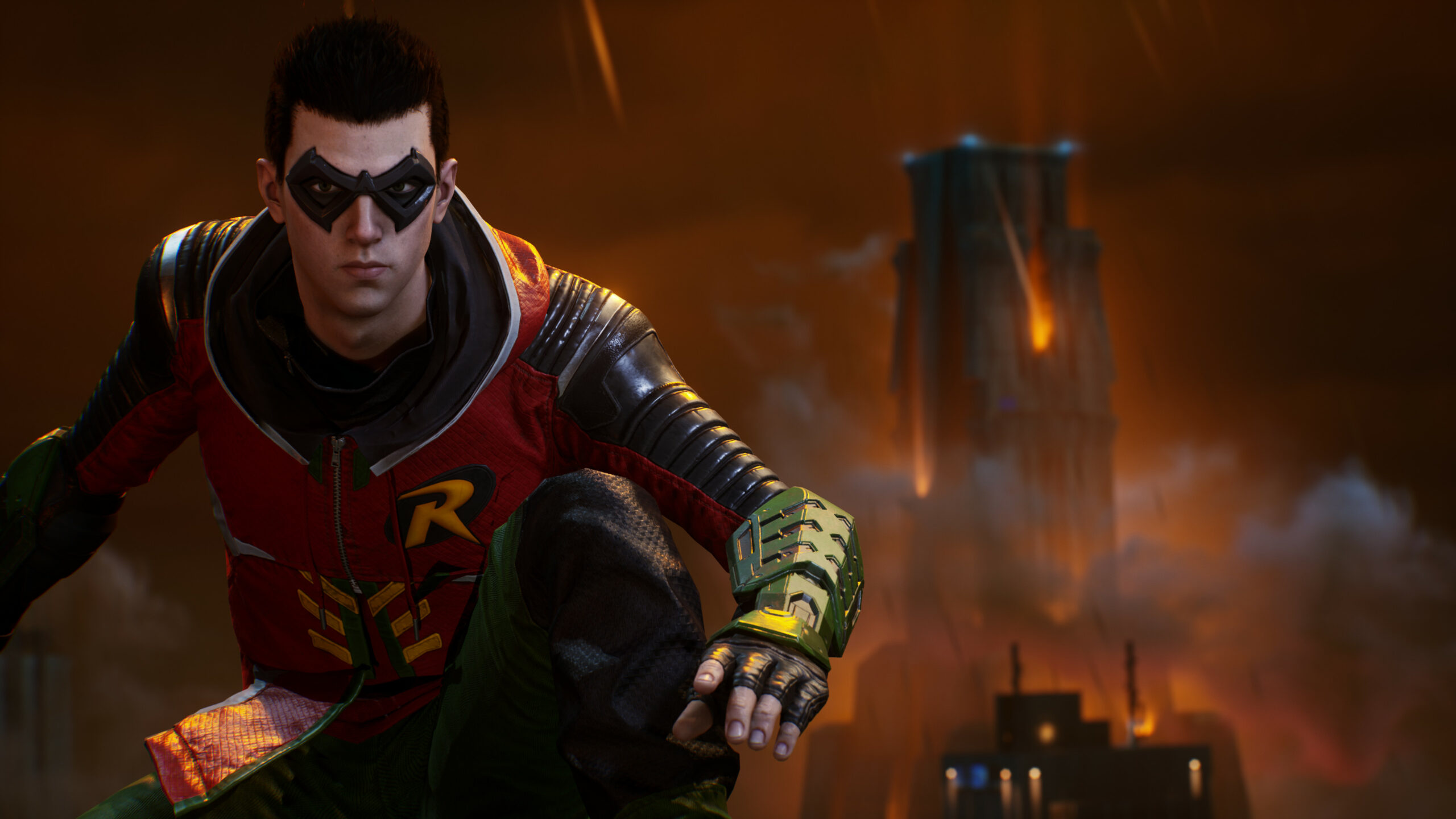 The game begins with a long cinematic scene that leads to Batman’s death. Something like Batman’s death should have been a catalyst that made the story more exciting and engrossing. Unfortunately, Gotham Knights has one of the worst and slowest starts in a major AAA superhero game. There’s no momentum or urgency, which is weird considering Batman just freaking died. It’s jarring how nonchalant the reactions of the Bat-family is immediately following Batman’s death.

While the main narrative story in Gotham Knights is bland and middling, some of the interactions and brief cinematic scenes are a highlight, as they actually feature insights into the emotional states of these grieving characters, as well as their past and shared history. They’re also intimate and heartwarming. It’s strange that these moments are mostly absent from the main story. For example, one scene shows Nightwing hiding his injury from Alfred and Alfred giving him fatherly advice about how he doesn’t have to be strong all the time. Another scene shows Tim Drake blaming himself for Batman’s death and Jason Todd comforting him with some kind words. Unfortunately, these are optional and missable, which is a huge shame since they’re some of the best parts of the game in terms of characterization and narrative. Most of these take place in the Belfry, which is the game’s main base or hub. 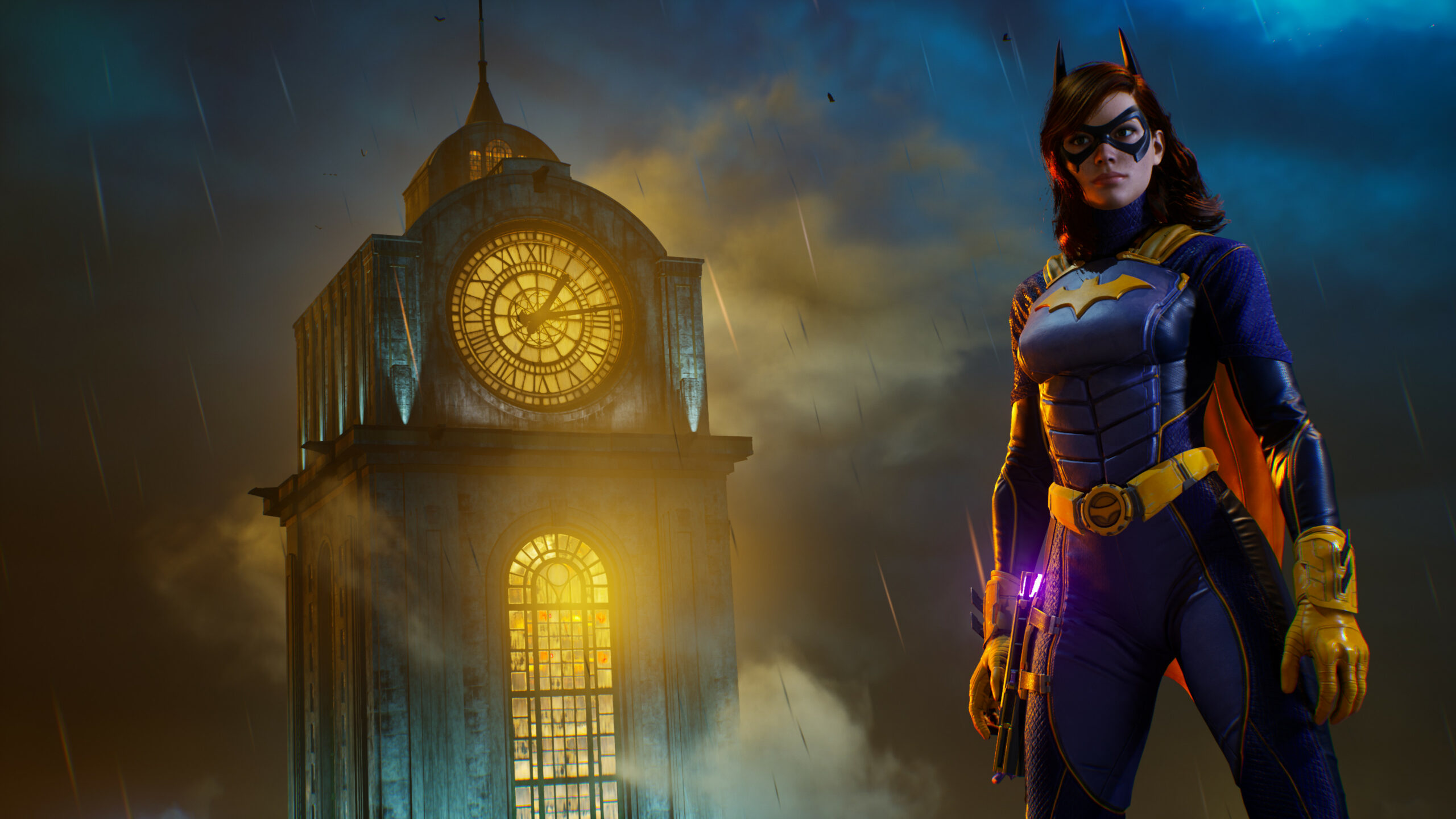 It feels awkward to move around the city. Why? The main ways to traverse the environment in this game are the grappling hook and the Bat-cycle. Remember how you got around by gliding in the Batman Arkham games? You can’t do that in this game without first grinding for hours, and completing certain requirements in order to unlock a fourth skill tree which includes an additional gliding ability to traverse. However, they’re anything but traditional Batman-like gliding. Nightwing gets a Fortnite glider thingy while Jason can skip through the air via magical platforms. Batgirl is the only one who glides like Batman. Tim Drake is the worst of all, he can teleport but only short distances, and it’s slower than just using the grappling hook or the Bat-cycle, so what’s the point?

The worst thing about Gotham Knights is its tedious gameplay loop and monotonous grind. The core gameplay loop is basically the player running around Gotham City completing random crimes and side quests to level up and unlock story missions to progress. Yes, there are levels, gear/loot and skill trees in Gotham Knights, similar to systems in the new Assassin’s Creed games or Marvel’s Avengers. The movement and combat in Gotham Knights feels janky and nowhere as smooth as the Batman Arkham games, the last entry of which is now seven years old. You can’t even jump in Gotham Knights. You can press and hold the X button on PS5 to vault over low walls and fences but these feel less responsive than they should be. 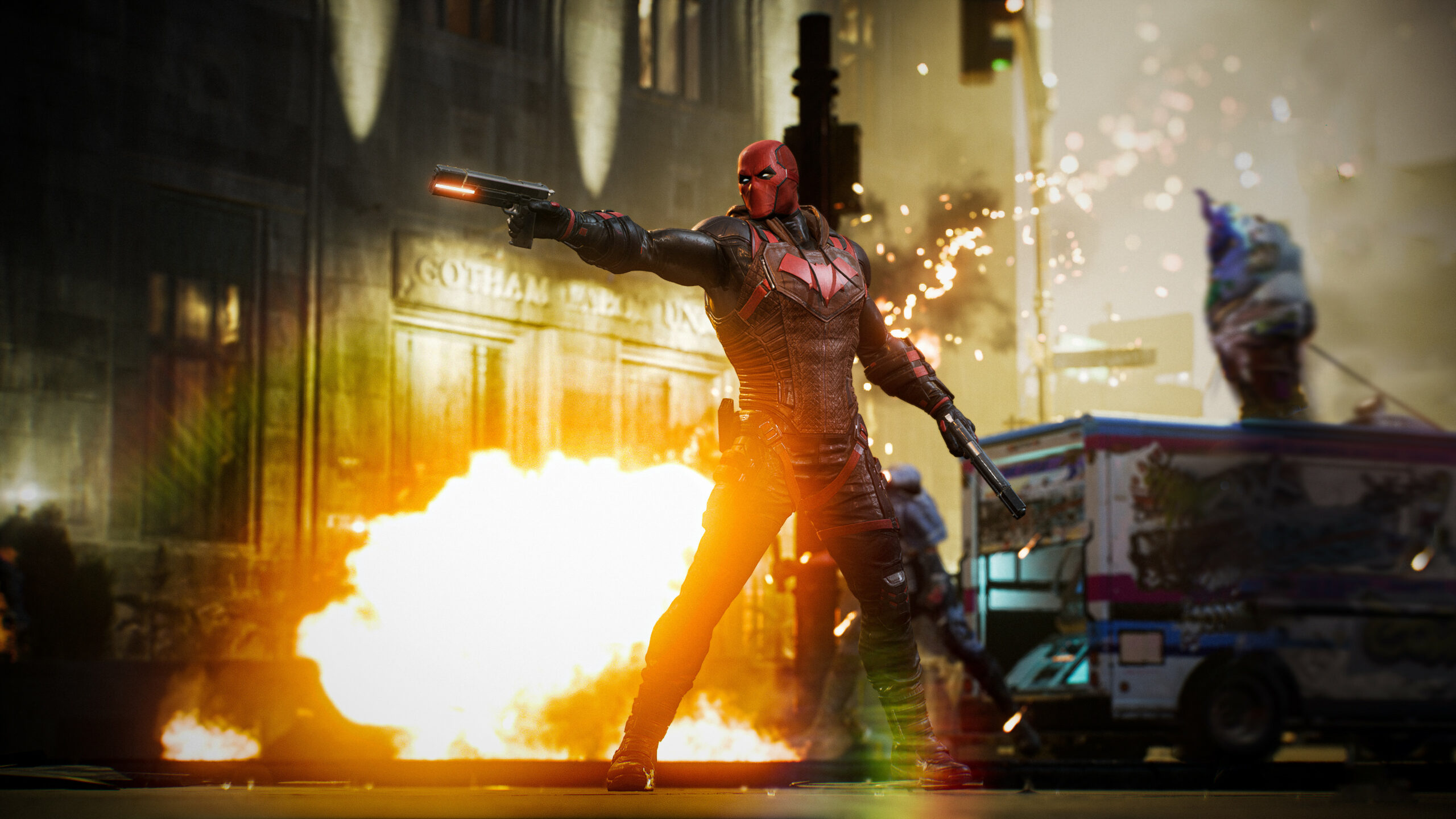 Dick Grayson AKA Nightwing, Jason Todd AKA Red Hood, Tim Drake AKA Robin and Barbara Gordon AKA Batgirl all play similarly in the beginning. It’s only after hours of grinding and unlocking more unique skills that they start becoming more distinguishable from each other. The game’s reliance on levels and gear means that the game’s combat can get stale and repetitive fast. If you’re under-levelled or have low-level gear, enemies become damage sponges. That’s not even mentioning the game’s bosses, which are even hellish damage sponges.

There’s also no counter mechanic ala the Batman Arkham games or Warner Bros. Games’ own Middle-Earth Shadow Of Mordor. For lack of a better comparison, the dodge system in Gotham Knights is more similar to Marvel’s Spider-Man but nowhere near as good or responsive. It feels more aimless and random. The only way I could make the game’s combat fun and enjoyable is by lowering the difficulty, thereby making sure that the enemies take more damage and fewer hits to die (their behaviour and aggressiveness stay the same on every difficulty, weirdly).

By now, I’m sure the performance woes of Gotham Knights have gone viral. The fact that the game can only run in 30 FPS on PS5 and Xbox Series X/S can be acceptable, but the issue is that the game’s performance is unstable and often dips below 30 FPS. This usually happens when traversing the city or when the action gets hectic. As for the graphics of the game, Gotham Knights looks best during its cinematic cutscenes, but it’s still a bit embarrassing for older games like the 2015’s Batman Arkham Knight not only looking better than this but also running so much better. 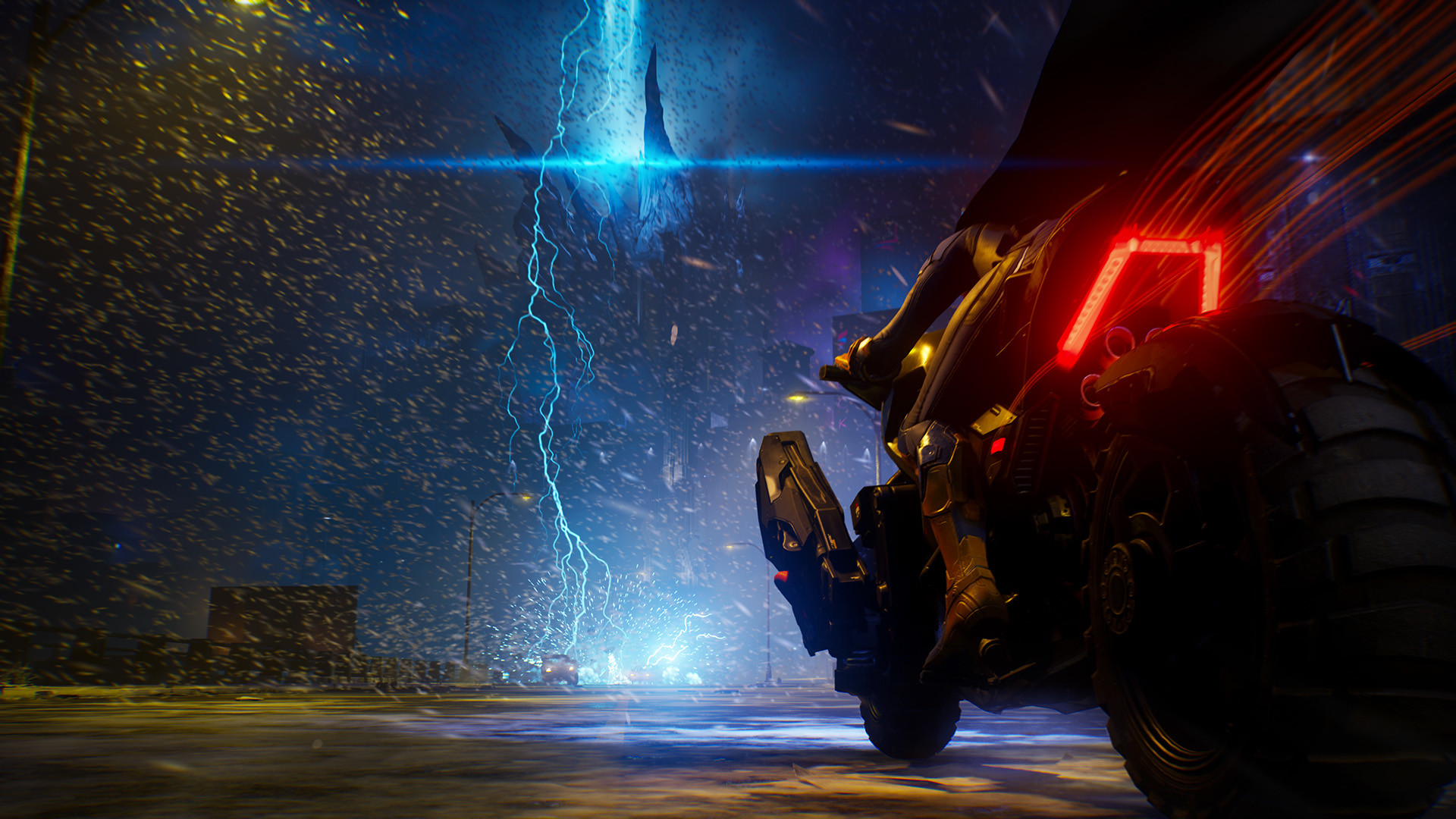 Basically, Gotham Knights don’t offer anything new or interesting in terms of actual gameplay; most of the game’s mechanics have been done better elsewhere. The only saving grace of the game is that it features members of the Bat-family as playable characters in an action game, which is something that’s extremely rare and should be done more often. The combat can also be sort of fun if the game wasn’t so grindy and if it runs more smoothly.

Gotham Knights was reviewed on PS5 based on a digital copy purchased ourselves. It is out now on PS5, Xbox Series X/S and PC.

Need more cows and bovines in your search action games? The first-ever Mootroidvania title will be out in full later this week. Moo Lander, the sea...

What better way to celebrate Halloween, the 31st of October, than immersing yourself in horror titles this year? After several hands-on experiences wi...