EA has announced that FIFA 23 achieved a record-breaking launch with over 10.3 million players within the first week, signalling the biggest launch period in EA SPORTS FIFA franchise history. As of today, this year’s title has been played in more than 200 nations worldwide. There have also been over 1.7 billion games (including FUT Moments) played – across men’s and women’s match-ups – and over 4.3 billion goals scored.

Players have amounted over 15.7 billion playing minutes overall – the equivalent of almost 30,000 years of gameplay. 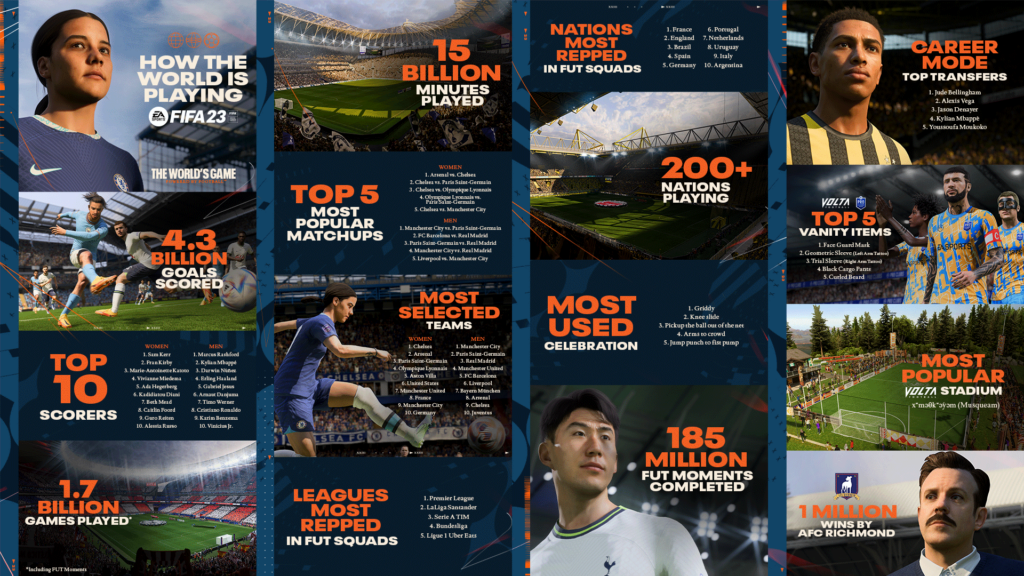 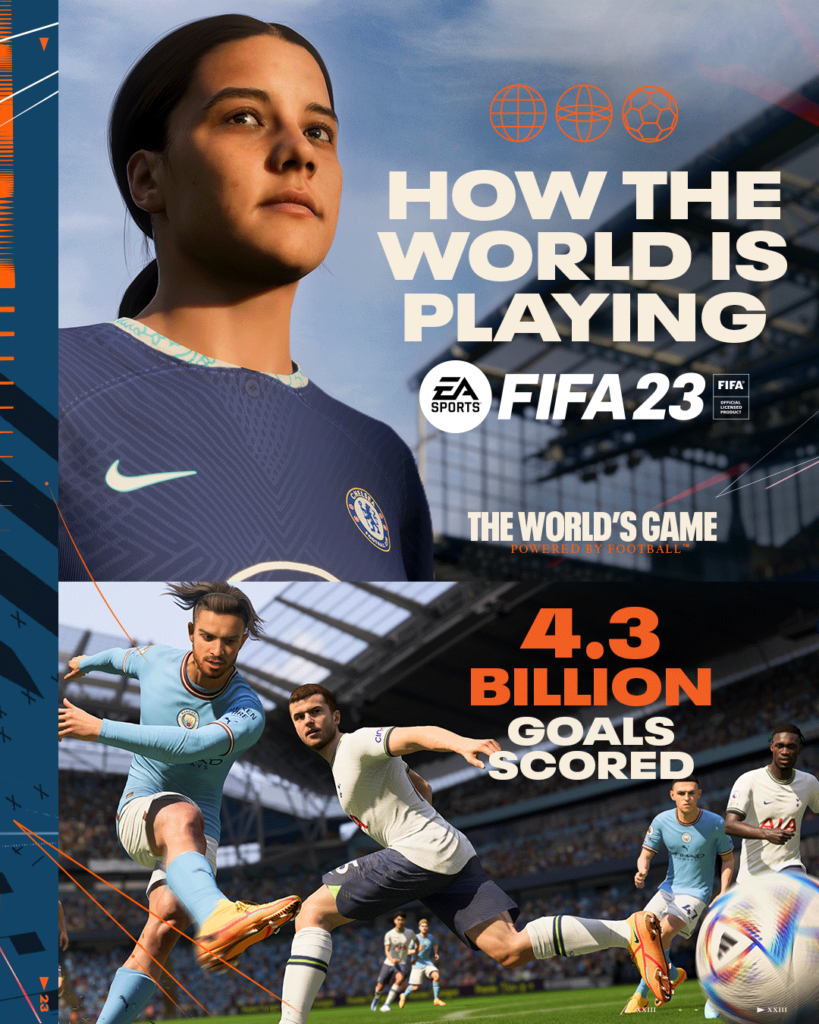 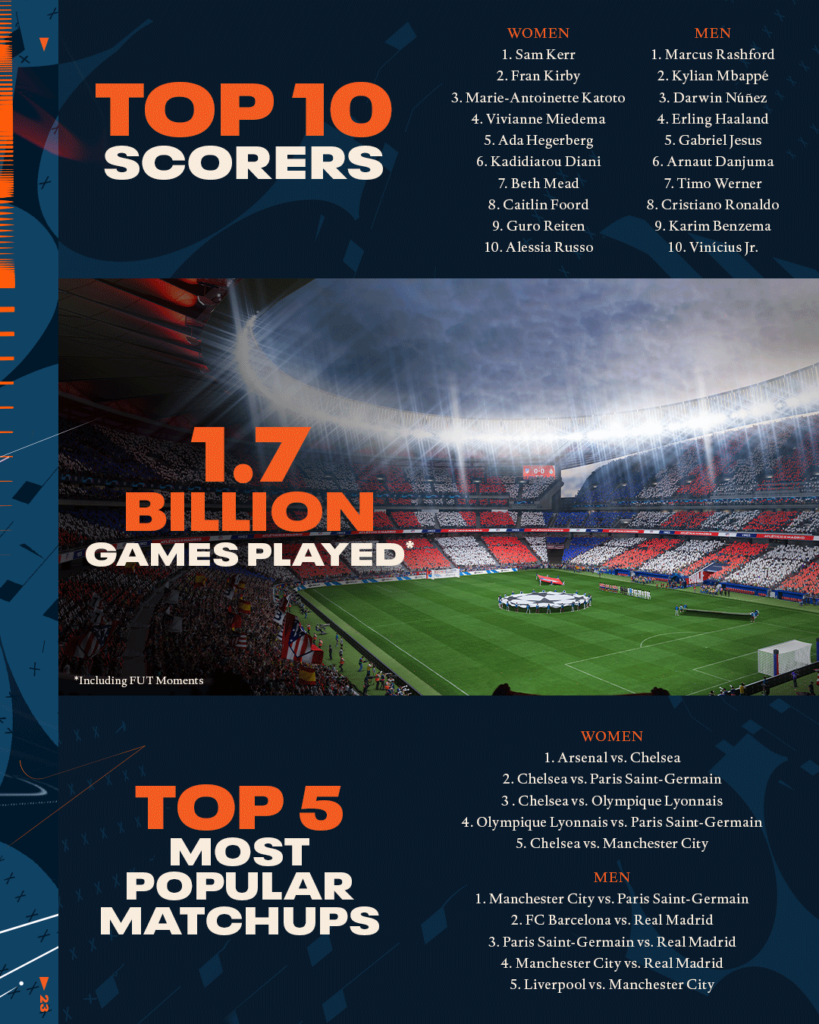 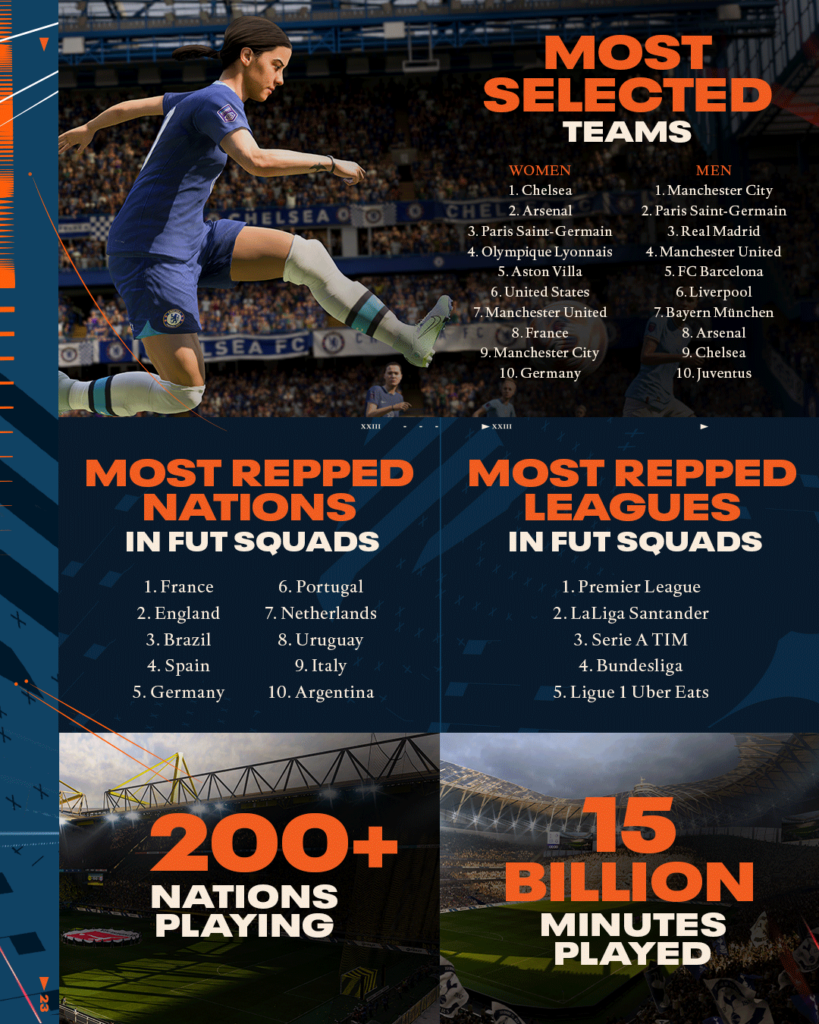 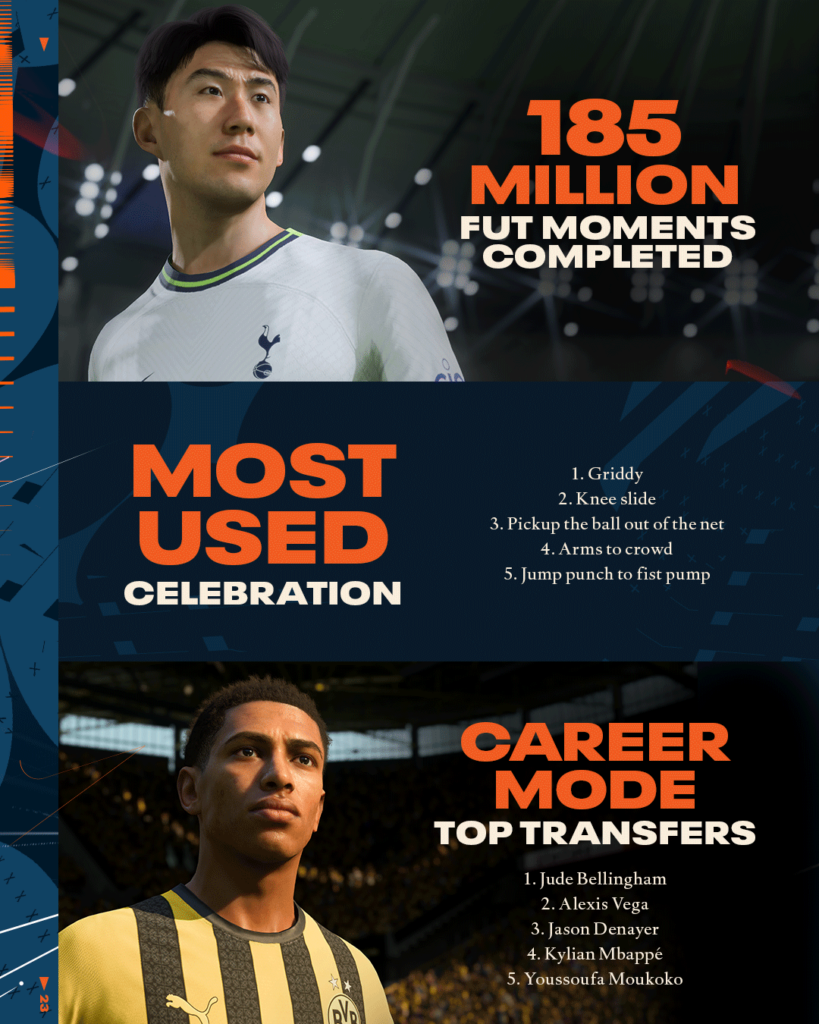 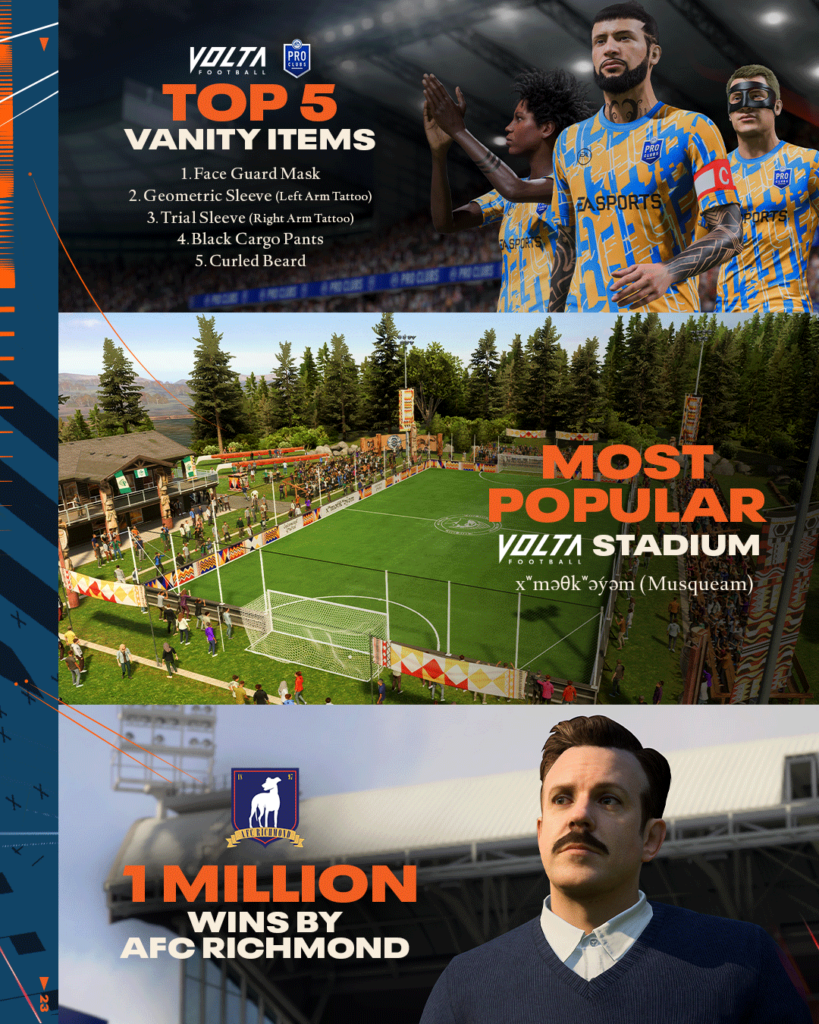 “The successful launch of this year’s title has been very special for us, and we’re incredibly proud to connect the millions of fans across the globe that share the same passion for the world’s game. With new clubs and leagues including Juventus FC, the Barclays FA Women’s Super League and Division 1 Arkema, plus the UEFA Women’s Champions League and the Men’s and Women’s World Cup tournaments still to come, we’re energized to keep this momentum going and continue on our promise to provide the most immersive and authentic football experience to fans around the world.”

In Career Mode, EA SPORTS FIFA 23 has seen Jude Bellingham be the top transfer target for players, with over 630,000 players opting to select the Borussia Dortmund midfielder for their squad. Players are also enjoying the new integration of their favourite moustached manager Ted Lasso, with AFC Richmond gaining a lot of success, winning over 1 million matches to date.

Global cover star Sam Kerr’s Chelsea Women have been the most selected women’s football team within FIFA 23, with Manchester City being the top choice for men’s clubs. Manchester City were also the most popular match up playing against Paris Saint-Germain. With an incredible amount of goals scored, strikers have had a busy start to FIFA 23.

The overall top men’s and women’s scorers so far are:

After scoring goals, players want to celebrate that monumental moment, and the “Griddy” has proven to be the most used celebration to date. The more traditional “Knee Slide” came in second, and players were eager to keep scoring as the third most used celebration was to simply “Pickup the ball out of the net”. With more than 300 partners, 19,000 players, 700 teams, 100 stadiums and 30 leagues around the world, EA SPORTS FIFA 23 is the only place fans can play on the world’s biggest stage in both the men’s and women’s FIFA World Cup tournaments*, as well as in the iconic UEFA Champions League, UEFA Women’s Champions League*, UEFA Europa League, UEFA Europa Conference League, CONMEBOL Libertadores, CONMEBOL Sudamericana, Premier League, LaLiga Santander, Bundesliga, Ligue 1, and Serie A, all in one game.

FIFA 23 is developed by EA Vancouver and EA Romania and is now available worldwide on PlayStation 5, Xbox Series X|S, PC, PS4, and Xbox One. Check out our review of FIFA 23 by heading over here.

Monster Hunter fans will be oh-so-happy to learn that the Monster Hunter movie by Resident Evil writer-director Paul W.S. Anderson will be roaring its...

We last received an update from Bandai Namco about Tales Of Arise back in December 2020, where they reassured everyone that the game is still in devel...