Marvel’s Midnight Suns Is More Than Just A Superhero XCOM

When Marvel’s Midnight Suns was originally announced, comic book fans everywhere (including myself) were extremely happy. A game featuring the underrated magic-focused superhero team, the Midnight Sons, from Marvel Comics from Firaxis, the same developer behind the brilliant XCOM games? It was a dream come true. However, when it was later revealed that the game’s combat would be card-based, some fans (including myself) felt cautious and apprehensive.

Fortunately, Marvel’s Midnight Suns ultimate turned out to be a great Marvel game, which is a hot streak continuing from last year’s Marvel’s Guardians Of The Galaxy from Square Enix and Eidos Montreal. 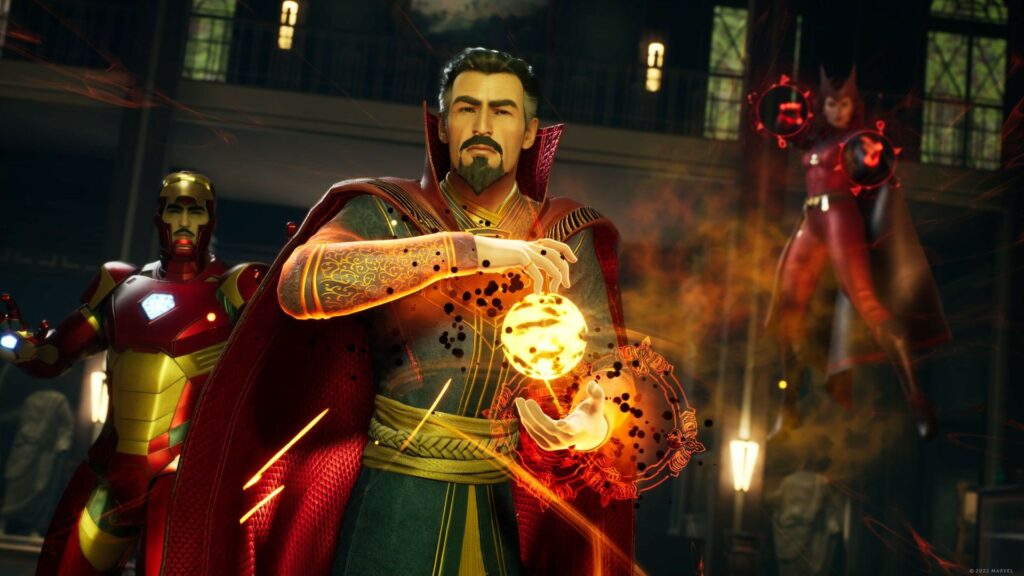 First and foremost, let’s talk about the core gameplay and combat in Marvel’s Midnight Suns. As a veteran XCOM player, I was surprised to see that Firaxis hasn’t simply copy-pasted XCOM mechanics into this game. Once you get past the opening tutorial hours of the game, the gameplay loop is like this; every day you wake up in your room (which you can customize), do miscellaneous stuff like researching or upgrading, do a mission (whether it’s a side quest or main story mission).

Then after that mission, it becomes nighttime, and this is when you get to spend the rest of the night with one of your many superhero mates in interactive dialogue interaction. This will increase your friendship points with them. It’s like a daily schedule of sorts, which feels a lot like playing Mass Effect or Persona.

I was pleasantly surprised to see that Firaxis didn’t simply copy-paste XCOM mechanics into the game. The maximum number of characters you can bring into any battle or mission is only three, and each member of your three-person team has their own customizable deck of eight to ten cards.

While this may sound like a hassle to players who aren’t a fan of card games, it’s really not all that complicated since that’s only a maximum of 30 cards per battle and most of them are likely repeating ones. 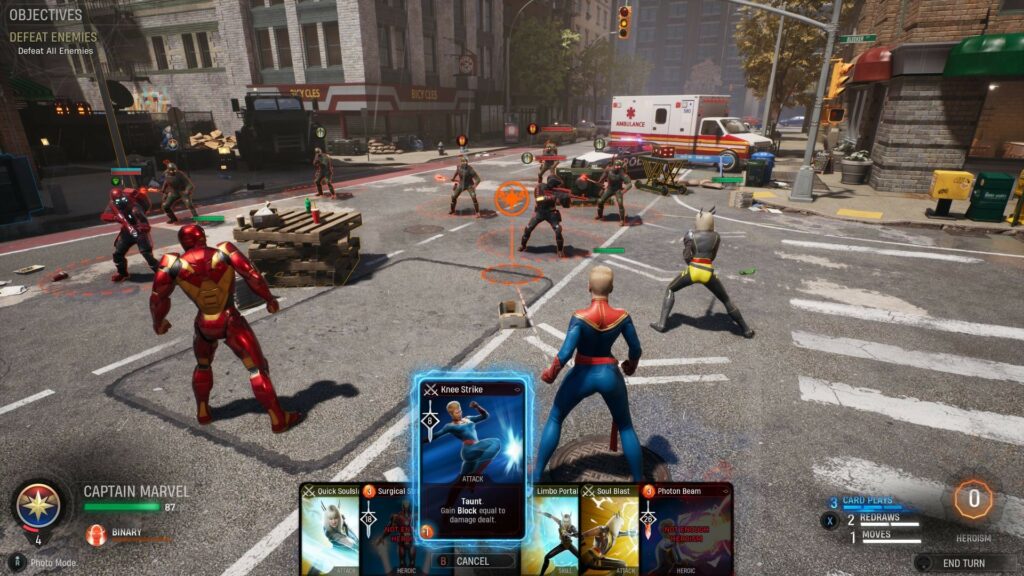 Marvel’s Midnight Suns is nowhere near as hard as XCOM. For one, there’s no permadeath in this game. Another is that there are literally no chances for superheroes to miss their shots; there are no RNG percentages at play here, it’s always 100 percent. Instead, the strategy here comes from how to best utilize the cards and limited moves you have in order to defeat all enemies or complete the objective as fast as possible.

There’s also a mechanic where you can utilize the environment to damage enemies without having to use up your cards. As you defeat enemies, you build up Heroism points, which can be used to unleash more powerful cards or to use the aforementioned environmental mechanics. All in all, positioning is more important in combat than anything else.

Kudos to Firaxis for making each superhero in Marvel’s Midnight Suns feel unique. Every superhero has a distinctive flavour for the way they move and attack, whether it’s flying, levitating, teleporting, or swinging. For example, mixing heroes like Magik and Ghost Rider into your squad gives you the ability to open portals on the floor (into Limbo and/or Hell) and kick enemies into it for an instant knockout.

The game does feature quite a bit of micromanagement, including various in-game currencies for upgrades, as well as relationships and other stats to manage. The Abbey is certainly a major change of pace from battles. It’s like your SSV Normandy in Mass Effect. There are side quests that don’t involve combat here, including one that involves Agatha Harkness and having to unlock specific powers to open up new areas around the Abbey. 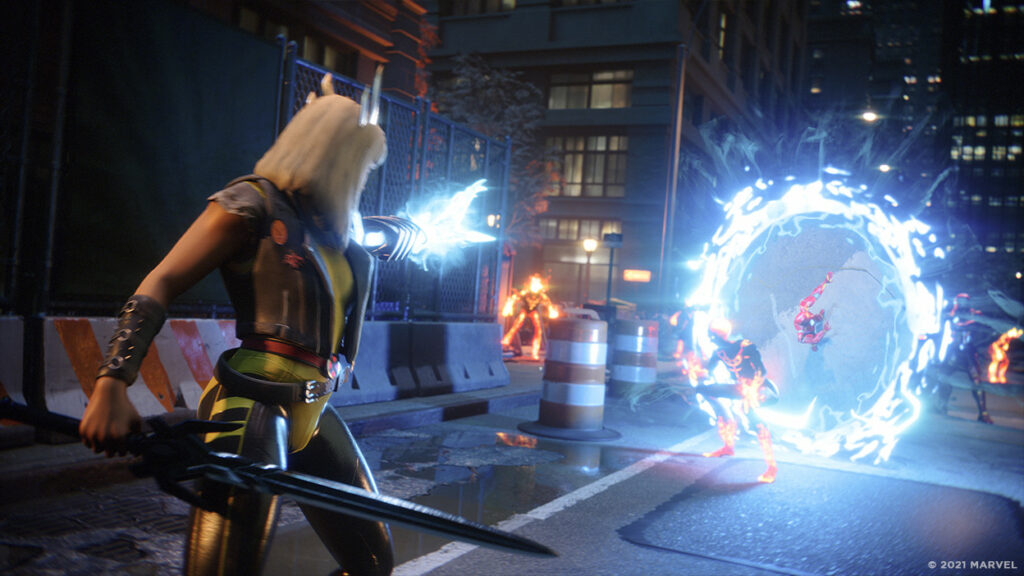 It’s fun to interact with the superheroes, due to the extensive and great voice acting. Each character has great development and depth, and they’re great to hang out with. To that end, your character, the Hunter, feels a bit bland compared to these superheroes. I know the Hunter is supposed to be more like a self-insert protagonist but even Shepard from Mass Effect had more personality.

Oh, and there’s even a sort of Paragon system at play here, where you can choose Light or Dark options during dialogue, which will add to your tally and unlock more Light or Dark-specific powers and passives.

The worst thing I can say about Marvel’s Midnight Suns is how bad the performance is for the PC version. It’s one of the worst PC ports I’ve played for a big-budget game in recent memory, with constant framerate dips and frequent game crashes.

It’s so bad that both players and major publications have recommended that players of the game manually disable the 2K launcher for performance to dramatically improve. For now, I definitely recommend getting the console (PS5 and Xbox Series X/S) versions instead of the PC version. 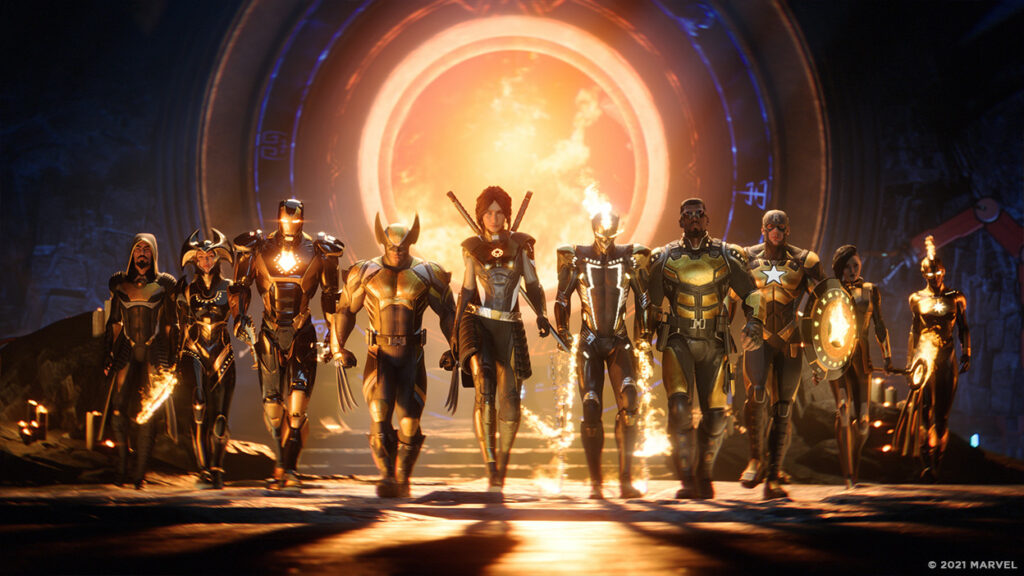 If you want a turn-based RPG with social mechanics ala Mass Effect or Persona, Marvel’s Midnight Suns is the game for you, as well as all the comic book fans out there. The combat is fun, and the interactions with the various superheroes are one of the best things about the game. It bodes well for Firaxis, who has proven that they can do more than just XCOM and Civilization games.

Midnight Suns was reviewed on PC based on a review copy provided by 2K Games. It is now available for PS5, Xbox Series X/S and PC.

Something juicy this way comes for you Cooking Mama fans out there. Office Create, the creator & license holders of the Cooking Mama games recent...

The Uncharted: Legacy of Thieves collection for PC and PS5 may not feature online play from the PS4 original. According to a recent ESRB classifica...

Almost every major international sporting event in 2020 have been cancelled, including the Tokyo Olympics 2020 and UEFA Euro 2020. The latter was init...