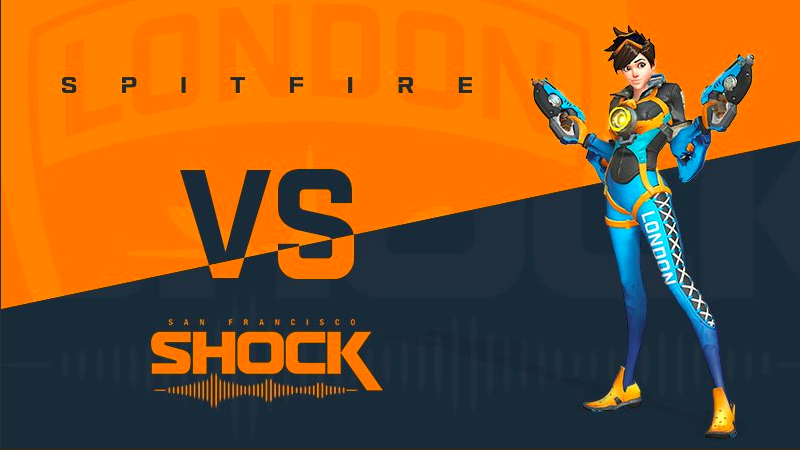 Spitfire back on track; Houston an A-tier team; and are the Shanghai boys in trouble?

We are starting to see the trend of the teams and where they stack up against one another as Day-3 of the Overwatch League pre-season concludes. Here are the three main takeaways from Day-3. But first, here are the results:

Following their shock loss to Los Angeles Gladiators in their opening match for the pre-season yesterday, London Spitfire left everyone wondering what is up with the whole lineup and has the west caught up with the Koreans when it comes to competitive Overwatch? After all, this is a team consisting of two APEX finalists; the larger portion of it featuring Season 4 winners GC Busan and they are being taken to school by what many perceived as the lesser of the two Los Angeles teams.

Well, you can rule any of that out as from what we’ve seen in the Spitfire v Shock match, the non-Korean teams still have lots of ground to make to catch up with the boys from Korea as Spitfire steamrolled past the stacked San Francisco Shock. Sure one can attribute fatigue to the Shock’s showing vs Spitfire, going out 0-4 but let’s not take anything away from the boys representing London. An improved DPS performance saw the team bounce back in style from yesterday’s upset and showed everyone why they are a force to be feared in the inaugural season of the Overwatch League. Yesterday’s result was an anomaly and while pre-season results should not be taken too seriously, today’s performance is a truer representation of quality this Spitfire team has compared to the rest of the pack.

Houston On the Way Up

It is quite rare that a team which lost its first two pre-season games to receive positive reviews but that is exactly what Houston earned following their back-to-back losses against the top tier teams; Dallas Fuel yesterday and Seoul Dynasty today. Many graded them to be amongst the middle-of-the-pack teams (including us) but Houston showed everyone that they can go toe-to-toe with the best teams in the league and not play possum once the going gets tough. They gave Dallas a run for their money and against heavy favorites Dynasty, managed to tie them on Numbani to limit the loss to 2-1 in favor of the Koreans. We may have graded them as ‘B – Middle of the Pack’ but based on how they performed during the pre-season, easily warrants at least an A – Dark Horses and Top-6 Spots in Overall standings.

Losing 0-4 to Seoul Dynasty on Day-1 was expected but being beaten by the team which many perceived to be the weakest of the twelve – Boston Uprising – should send alarm bells ringing in the Shanghai Dragons’ camp.Â  The team appeared to be out of sorts against the Uprising and while at certain times appeared to be clicking, were unable to sustain the momentum allowing the Boston boys to set up an early lead, mount a comeback and win the tie on the deciding round. As it stands, the Shanghai Dragons are yet able to find their identity, team cohesion and effectively dictate their approaches in team fights – something that every other team in the league would certainly take note as they head closer to the season opener.

The last three matches of the Overwatch League pre-season matches takes place tomorrow starting at 3AM Kuala Lumpur time with the Los Angeles derby, followed by Florida Mayhem vs Dallas Fuel e.g Misfits vs EnVyUs and closing the pre-season is a cracker of a matchup – Seoul Dynasty vs New York Excelsior – where at least five players from the recent Overwatch World Cup winning Korean team will feature.

Stay tuned to Kakuchopurei.com as we bring you all the coverage, analysis and news from the Overwatch League as well as an update on the team grades, performances and new season projections.

The Future Of Warframe In 2019: Space Battles, Revamps, & New Story