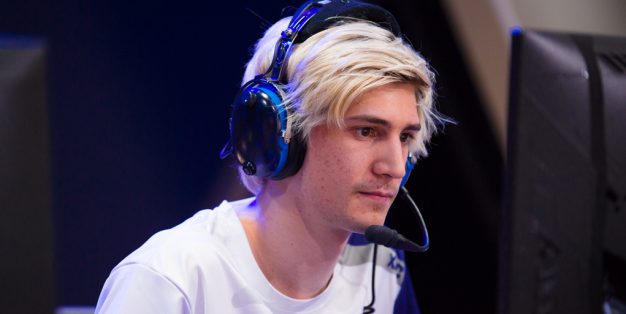 FÃ©lixÂ “xQc”Â Lengyel has been suspended by the Dallas Fuel for the remainder of Stage 1. An official statement released by the team read:

The receiving end of Lengyel’s outburst, Muma appears to have buried the hatchet with the Dallas Fuel tank with a tweet to clear the air and seems like the beef between the two is now over.

No hard feelings at all and I apologize for what I said back. You’re on a great team and I fully expect you to return to full force before playoffs. GL my doggie 😉

Good on you Felix. Now just hunker down, focus on your game and don’t let pointless issues derail your career. And put a lid on it aye?

We are calling it. Dallas Fuel’sÂ FÃ©lixÂ “xQc”Â Lengyel is the Overwatch League’s Mario Balotelli. Like the problematic Italian footballer, Felix just cannot stay out of trouble. Following his team’s loss to Houston Outlaws yesterday where he was benched throughout, xQc went on a rant on Twitter as well as on his Twitch stream not long after, taking shots at Houston Outlaws players namely Jacob “JAKE” Lyon and Austin “Muma” Wilmot.

Obviously distraught with his team’s loss which sent them 0-3 in the season – where he didn’t get the chance to see any action, Lengyel’s disappointment was compounded with JAKE’s Junkrat teabagging on Fuel’s Mercy on the fourth and final map, Eichenwalde. Lengyel took it to Twitter and tweeted this:

Tbagging is ALL ok, or NONE of it is ok. When someone that is hated like @sinatraaOW does it it’s the end of the world and an unacceptable example of toxicity but when it’s someone else it’s justified? I think it’s 100% fine but stop trying to have it both ways.

Already riled up by Lyon, Lengyel moved on to Wilmots. Responding to that ‘taunt’, Lengyel took it to his stream to address it while at the same time pointing out at Wilmot’s sexuality who was openly gay.

Lengyel’s controversial remarks caught fire and the Overwatch scene was lit. Analysts, commentators and pro players alike responded to it. Without directly responding to the tweet, Wilmot posted this tweet instead on his profile;

I’m just a boy tryna play some video games. It’s cool being one of the only LGBT players in the league and I hope I can inspire and encourage some people to be true to themselves. With that said, I don’t want it to define me as a person. I’m just playin’ some tank, dudes.

Lengyel, who instantly realized his fubar during the stream clammed up and later took it to Twitter to apologize for the homophobic slur.

I didn’t say what I said on stream with malicious intent, I legit did not compute the whole thing before. I speak too fast, everything happens too fast. Everything is so fking trash lately. Hope I can turn this into something good, sorry @Muma :/

But this is the internet, folks and for someone who is competing at such elite level, such remarks cannot go unpunished. Addressing the issue, Dallas Fuel, via its official Twitter account released the following statement:

The team will be taking disciplinary action related to recent comments made by Felix â€œ@xQcâ€ Lengyel. xQc will not be active for tonightâ€™s match. Additional details forthcoming.

The Overwatch League also released an official statement on their site, stating that Lengyel has been suspended for four matches and fined $2,000 for his conduct.

As of Friday, January 19, Dallas Fuel player FÃ©lix “xQc” Lengyel is suspended for four matches and fined $2,000 for violating the Overwatch League Code of Conduct during his individual stream on Thursday evening. The Overwatch League takes standards of player behavior seriously, whether during league play or otherwise, and is committed to responding swiftly when violations occur.

As a result, Lengyel will miss the following matches:

By far the most controversial player in the OWL, Lengyel’s conduct is no way acceptable and we wonder how long will Dallas Fuel remain patient with this talented yet troublesome player. He’s faced disciplinary actions prior, having been banned for throwing matches as well as abusing the report function on competitive play.

Come on man. Keep it together. You’ve been handed a wonderful opportunity here – don’t squander it.

[…] is the same ballpark of what was dished to Taimou’s teammate, xQc (yes, him again) who was fined and suspended for a lenghty period at the end of Stage 1 for homophobic slur aimed at a rival team player, Muma from the Houston […]