Tanks Lead the Way As Wargaming.net Continues To Trailblaze the F2P Scene

Wargaming.net’s World of Tanks (WoT) is easily and by far, the best-looking free-to-play game in the market at the moment. With high quality graphics and addictive gameplay, the game, while caters to a niche market, has grown from strength to strength since its beta days and is currently – in our honest opinion – the standard bearer of what a f2p game should be about. Constantly balanced without sacrificing the play experience of even the non-paying players, WoT is a fitting example that with enough dedication and love from its makers and community, any game can succeed.

This is the second part of our focus on the latest World of Tanks update (1.0) where we talk toÂ Alexander de Giorgio, World of Tanks Regional Product Director. Read on to find out his thoughts regarding continuous game support, longevity and the current ‘battle royale’ trend sweeping through the gaming landscape.

The scale of the update (1.0) is unprecedented even for full-priced games; what motivated Wargaming to undertake such task moreover considering the f2p model you guys are running?Â
I think the motivation to improve and upgrade the game has always been a core part of our DNA, especially given our service-based operating model. We are fortunate to have a large, dedicated and opinionated player base that helps to maintain that motivation.
In the case of 1.0, we had a vision for where we wanted the game to go from a design perspective, and we realized that we could not achieve that vision with the existing tools at hand. So building new tools and making sure they are as future-proof as possible was actually the logical choice. For us, this update is just another stage in the ongoing life story of World of Tanks.
We would imagine it isn’t cheap to implement Update 1.0 as it is pretty much an overhaul right to the core of the game. How is this viable from an economic standpoint for WG?Â
It took 3+ years of dedication by a large, diverse teamÂ of 150 peopleÂ to get to where we are today, all while continuing to operate servers 24/7 with regular updates, in-game activities and improvements. It was definitely a challenge! The viability of the endeavor was never really questioned though, we did what was necessary to get the core right and to ensure a healthy future for the game. 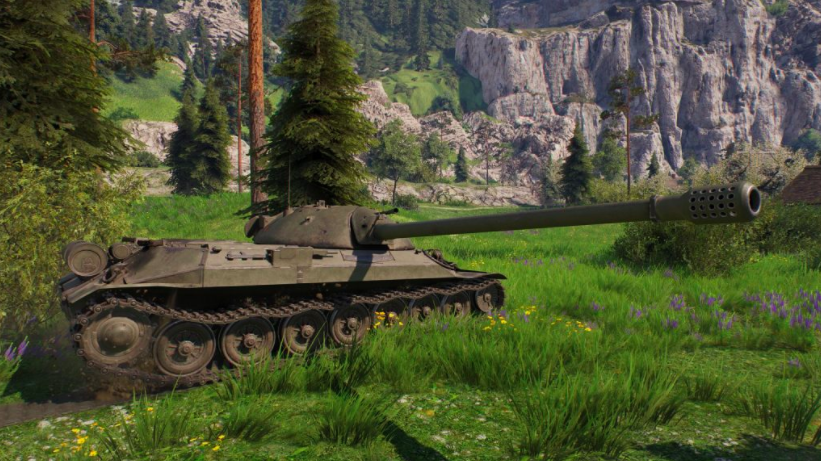 Speaking of which, can we expect similar treatment for other Wargaming games (Warships, Planes, Blitz titles) in the near future?Â
I cannot really speak to specifics for our other titles as each one works to its own roadmap and priorities. However I think its fair to say that you can expect a similar mindset and focus on constant improvement from all titles in the Wargaming family.
While Tanks is highly popular in Europe, it still has a way to go in emulating such success in other regions – particularly Asia. Do you think Update 1.0 will change that and how?
The exciting thing for me is to see how much untapped potential we still have in Asia, and how we can build on the success in other regions to deliver an experience which is exciting and relevant to our audience in this region. 1.0 will play a key role in that process in many ways, including allowing us to introduce ourselves to new audiences with a title which looks and feels properly â€œnext-genâ€.
The highly competitive multiplayer scene is going through a mini transition at the moment, with most IPs jumping into the ‘battle royale’ scene. What is Wargaming’s stand on this – are you guys sticking to your guns by continuing what you are doing best, or will we see a tank-battle royale mode around the corner?Â
I am not sure I agree that all IPs are jumping into the â€˜Battle Royaleâ€™ scene but certainly we have seen some major new IPs come into that space. Personally I find some of the mechanics really interesting and can see the attraction of this type of play style.
As you know we are not shy about exploring new game modes and mechanics and have the tools to do so but at the same time we already have a clear vision for where we want to take the game. So I wouldnâ€™t see a tank-battle royale mode is around the corner at this time but never say never.
Just like tanks rolling into battlefields, Wargaming.net isn’t afraid in charting their own paths and whether or not they hop into the ‘battle royale’ arena, we are pretty confident it’s going to be an awesome take of the said genre.
You can read Part 1 of the interview here as well, where Giorgio shared his vision in relation to World of Tanks following the release of Update 1.0

BloodRayne: a video game name that screams early 2000s action and female empowerment in fetish gear. Developer WayForward had a stab at the franchise ...

Open-world zombie games were a thing of the past: see the Dead Rising series. But Techland is bringing it back with Dying Light 2, which adds parkour ...

News
The Talos Principle Is Free On The Epic Games Store

We're at the final three days of the Epic Games Store Holiday Sale 2019. On each day of the sale, the store is giving away a free game and we've been ...