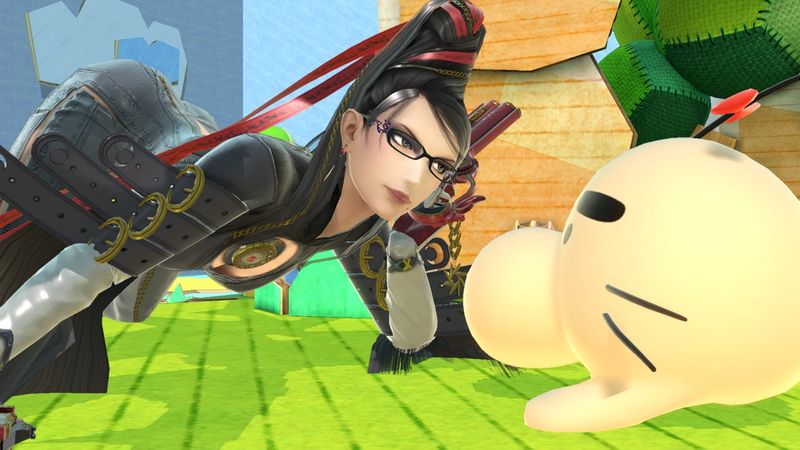 Super Smash Bros. Ultimate is a game title that speaks for itself. It’s the ‘Ultimate’ version of the series because, well, it’s got pretty much everything. It’s packed with over 800 songs and more than 100 stages. And the number of playable characters? A dizzying 74 fighters, all with their own specialized movesets.

With so many characters to choose from, and across a colourful range of video game franchises, it’s hard to jump onto that character select screen and not find yourself at a loss for words. If you’re new to the franchise and feel this way, don’t sweat the details. It can be daunting to dive into a game so vast, especially when you hardly even know how to play the game yet!

Whether you want an easy character to learn, someone with fun moves, or just a fighter with a personality that speaks to you, we’ve prepared a list of characters that you should definitely play if you’re just starting out. Kakuchopurei already has a large guide ready, so think of this list as a complementary piece.

Before Super Smash Bros. existed, a single game came out and rose to instant fame. It revolutionized the landscape of fighting games forever and spawned a generation of classic fighting game series. With the release of Street Fighter II in 1991, fighting games became the hip thing to play, and soon everyone grew acquainted with the stoic but plain Ryu.

Clad in his signature white gi, Ryu is often considered the world’s most famous fighter. He excels in a balanced moveset based off the Ansatsuken martial arts, and has become the base for many fighting game gameplay designs. As such, Ryu has also become the resident beginner character to help newcomers learn more about fighting games.

Speaking of games he’s been in, Ryu has taken down giant monsters, fought androids and demons, and is even on good terms with the Avengers. If there’s anyone who would feel right at home in a crossover game as immense as Smash Ultimate, look no further.

Not all people enjoy diving into the thick of action. Sometimes it’s more fun to sit back, assess your situation, and come up with a well-planned strategy. That’s the Villager in a nutshell.

Hailing from the Animal Crossing series, Villager represents the games’ in-game player avatar. In these games, your main goal is to enjoy a peaceful village life with your animal neighbours. Smash isn’t like that, of course, but the Villager still does his best to keep away from direct confrontation. His moveset consists entirely of everyday activities such as growing trees, setting off fireworks, and even building a house for the raccoon Tom Nook.

Don’t be fooled, though – these can be very frustrating for your opponent, especially when they have to chase down such a small and timid character. Villager also has excellent recovery, and can easily avoid falling from the stage with the help of his Balloon Trip (it’s a quirky helmet with balloons strapped on to it, so that should say a lot).

In many games, there isn’t a character more suited for beginners than a generic swordsman. All you have to do is move around and swing your sword really hard, right? Well, not really, but you get the idea. If fancy swordplay is your style, Lucina might be the character that’ll help you get the job done.

A main character from 2013’s Fire Emblem Awakening, she’s often referred to as the female version of Marth. Marth himself debuted in the first ever Fire Emblem game in 1990. These two share the same hair colour, the same personalities, and in Smash – even the same movesets!Â The one main difference between them is that you’ll have to constantly hit your opponent with the tip of Marth’s sword for the best damage. Lucina’s damage is more well-rounded for players who don’t have their movement and spacing down just yet, which is why she’s the more beginner-friendly one.

Either way, both characters have the highest walk speed in the game (we’re surprised it isn’t Sonic), and can cover a wide space around them. Perfect traits for old-fashioned duels.

Is it a kid, or is it a squid? The release of Smash Ultimate comes with several great newcomers, and one of the most notable ones arrives from Nintendo’s newest IP, Splatoon. Inkling uses ink-based attacks to cover grounds and walls in ink, and can even transform into a squid to swim through it.

Naturally, in a game like Smash, getting ink on your opponents damages them, which in turn makes them easier to Smash off-stage. While that’s nice and all, Inkling’s greatest boon lies in a single move – the Splat Roller. Inkling can run the Splat Roller along the ground to ink it up and bury any opponents in its path. Buried enemies can’t move, which makes getting a Smash Attack as easy as a quick stroll through the park.

That’s right. If you’re good at dealing damage but have trouble finishing off your opponent, this your one-way ticket to victory. Just remember to keep your ink tank filled up.

The titular princess of the Legend of Zelda games may rely on Link to save Hyrule, but she can definitely still hold her own in combat. There have been many incarnations of Princess Zelda throughout the series. This time, Ultimate has decided to go with her design from The Legend of Zelda: A Link Between Worlds. Her cutest incarnation in Smash yet, to say the least.

Zelda’s special moves come from the goddesses who created Hyrule and are uniquely designed for zoning and defence. Nayru’s Love summons a magical barrier that’s invincible, hits nearby enemies, and reflects projectiles. Din’s Fire allows her to direct and control a flame at your enemy, while Farore’s Wind lets her warp in any direction to throw the enemy for a loop. She can also summon a Phantom to really give her opponent a difficult time.

This here is a character that’s become really popular as of late for all the wrong (or right) reasons. Whichever way you see it, Mario’s archenemy Bowser is probably the ‘heaviest’ fighter, meaning that he hits like a truck and is also the hardest to launch.

The one and only King of the Koopas is the very definition of a powerhouse. He may be slow, but he’s unflinching to attacks and is uncompromising when he finally lands a good hit in. If Bowser grabs an opponent with his side special, he carries them into the air and slams them down with destructive force. Similarly, he can simply leap into the air on his own to bomb enemies below with a dropkick.

The best part is that there’s always collateral damage. Bowser will hit everything and everyone around him when doing most of his moves, making him a solid pick if you want to strut your stuff against a group of friends.

Be honest. If you’re reading this right now, chances are you’ve already seen the World of Light cinematic. Super Smash Bros. Ultimate’s story literally starts off with a Thanos (or Master Hand) snap that renders the game’s characters into nothing but ash. All except one, that is.

Kirby is the only character in the game to survive the game’s initial catastrophe, which means he’s the only reason our heroes even stand a chance. This cute little ball sports a simple and easy-to-learn moveset, but he also packs a mean side. One of the things that he’s most famous for is his ability to suck opponents in and gobble them up in his mouth. After spitting them out, he copies whatever powers these opponents have. Now Kirby can breathe fire, shoot laser cannons, and so much more. There are all sorts of wacky possibilities for a Kirby player when faced against the game’s giant roster.

More importantly, there’s no better way to learn the game than finding out what other characters can do, and that’s exactly what Kirby’s here for.

Ganyu Is Broken: What This Means for Genshin Impactâ€™s Future