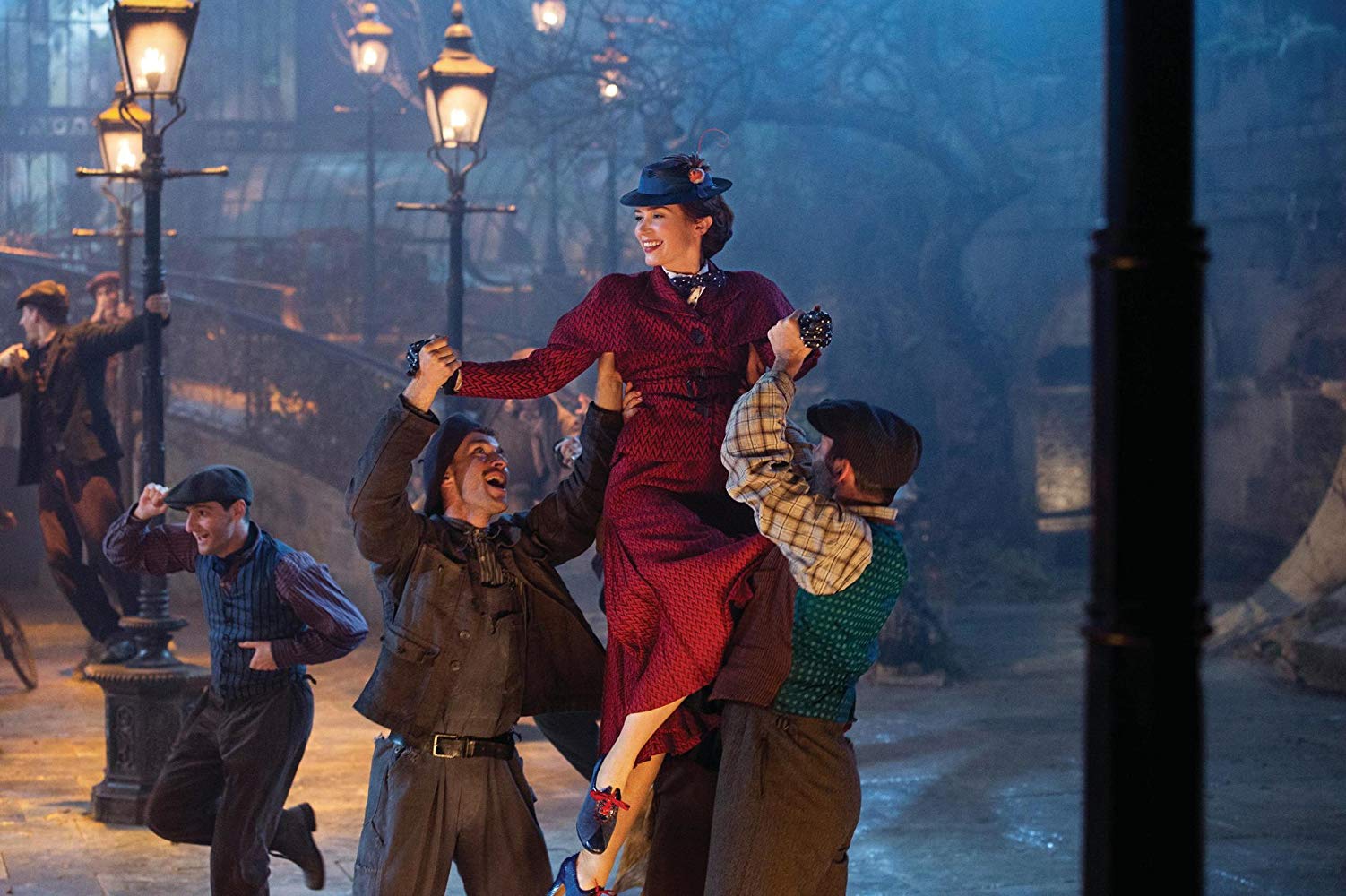 Disney’s really laying it with the live-action sequels to their past works, no? And really, they seem to be doing it to the point of excess. For every hit like Christopher Robin, there’s a couple of unnecessary adaptations (Beauty & The Beast) and reiterations that don’t do the original source material justice (The Jungle Book).

And now we’re down to the wire with Disney’s last movie of 2018 before the Lion King and Aladdin live-action onslaught: the sequel to the 1964 Disney classic that taught many young ones the joy of flying kites, taking spoonfuls of sugar, and liaisoning with strange men with fake British accents and magician nannies with the power to transport you to animated dimensions.

Even if it’s a product of its time, right down to the minor touches of sexism from the patriarchy, the film had lovely visuals, enchanting and catchy songs, and offers a nice heartfelt lesson about getting in terms with your inner child while being disciplined about it. I sure as hell had “Chim Chim Cher-ee” and “Supercalifragilisticexpialidocious” stuck in my head after many childhood viewings of this show.

Mary Poppins Returns is a throwback that at least attempts to pull off new song numbers and new character dynamics within its rose-tinted offerings. Of course, if you can’t stand the saccharine musical and its safe PG approach to the Great Depression, well, this film isn’t going to make you fan.

The big question is: can Emily Blunt sing? And can she pull off the “kind but firm” deadpan pastiche that Julie Andrews nailed back in the late 40s? The answer is a resounding “Okay, I guess”. Emily Blunt’s Mary Poppins channels the prim, proper, and pretentious nanny magician with utmost glee.

However, she can seem a bit too gleeful; nothing phases the Disney version of Mary Poppins; not one bit. To see Blunt crack a wide smile here and there might break the illusion that her character isn’t putting on a stern and deadpan front. Blunt performs the role competently, but beyond a few bits where she’s doing the song numbers, she isn’t going above and beyond the call of movie nanny duty.

Even the kids she has to deal with this time – the spawns of Michael Banks (Ben Whishaw) who suffers from depression due to dead movie wife syndrome- are attempting to break type since they’re self-reliant and independent. Michael’s sister Jane (Emily “Newsroom” Mortimer) fills in the shoes of side character who does charity and protest stuff during the time period while also developing a quick but forgettable side story with the Bert stand-in this time around.

Speaking of which, the biggest MVP here is Jack, played here by Lin-Manuel Miranda with gleeful delight. He’s basically Bert 2.0 from the old film, right down to him participating in the Mary Poppins escapades and helping the kids literally see the light. That side story with Jane? That’s fine too; his character seems like a natural progression for someone who’s been replacing lights and doing the odd jobs while being the cypher of the Mary Poppins magic nanny saga. But as far as the supporting cast goes, he’s a standout especially when the main draw kicks in and he’s on-board vocal duties.

And boy, does it try hard to succeed the original. The playlist may not have its nonsensical word song, but what it offers is pleasing and bombastically-written for the ears. Highlights include the starting tune, “(Underneath The) Lovely London Sky” that sets the stage, the animation-slash-live-action hybrid scene showtune “A Cover Is Not the Book”, and the second act closer “Trip a Little Light Fantastic” which displays awesome choreography and, well, lovely lights and displays.

The duds are at least few and far-between, ranging from the schmaltzy “Nowhere to Go But Up” to the unnecessary “Turning Turtle” from special guest star Meryl Streep who plays one of Mary Poppins’ weird-ass cousins in the show’s useful filler bits.

The movie tries hard, but it sticks the landing in nailing the main story of grown-ups and kids to look at the bright side of life, no matter how glum things can get. Even if Blunt’s performance isn’t Oscar-worthy, it’s entertaining and fun to watch and experience at the very least since she’s done way, WAY better roles than singing magician nanny.

The House of Mouse is going to rake in money from these sequels and live-action remakes and it’s not going to change its business model. But at least we’re not getting garbage-tier direct-to-DVD fares like Pocahontas 2 and The Little Mermaid 2; there’s actual thought and care put into these continuations and adaptations (perhaps not Beauty and the Beast but I’m getting ahead of myself).

So why not enjoy the ride and be glad we don’t have to suffer through the 2000 Disney deluge all over again? Kids and parents will get a kick out of the song numbers and the colourful live-action meets animation sequence. Adults who grew up with the 40s film will appreciate the lengths the director and the crew went through to preserve the Great Depression -at least the one viewed through Disney’s PG lens.

Your mind won’t be blown when viewing Mary Poppins Returns, but you’ll still get your money’s worth. Fanciful, fluffy, logic-defying, and charm-filled in a cinematic world where stories get too serious for their own good; can you imagine that?

B.I.O.T.A. Is A Cute 2D Action Game Tribute That Is Unnecessarily Hard