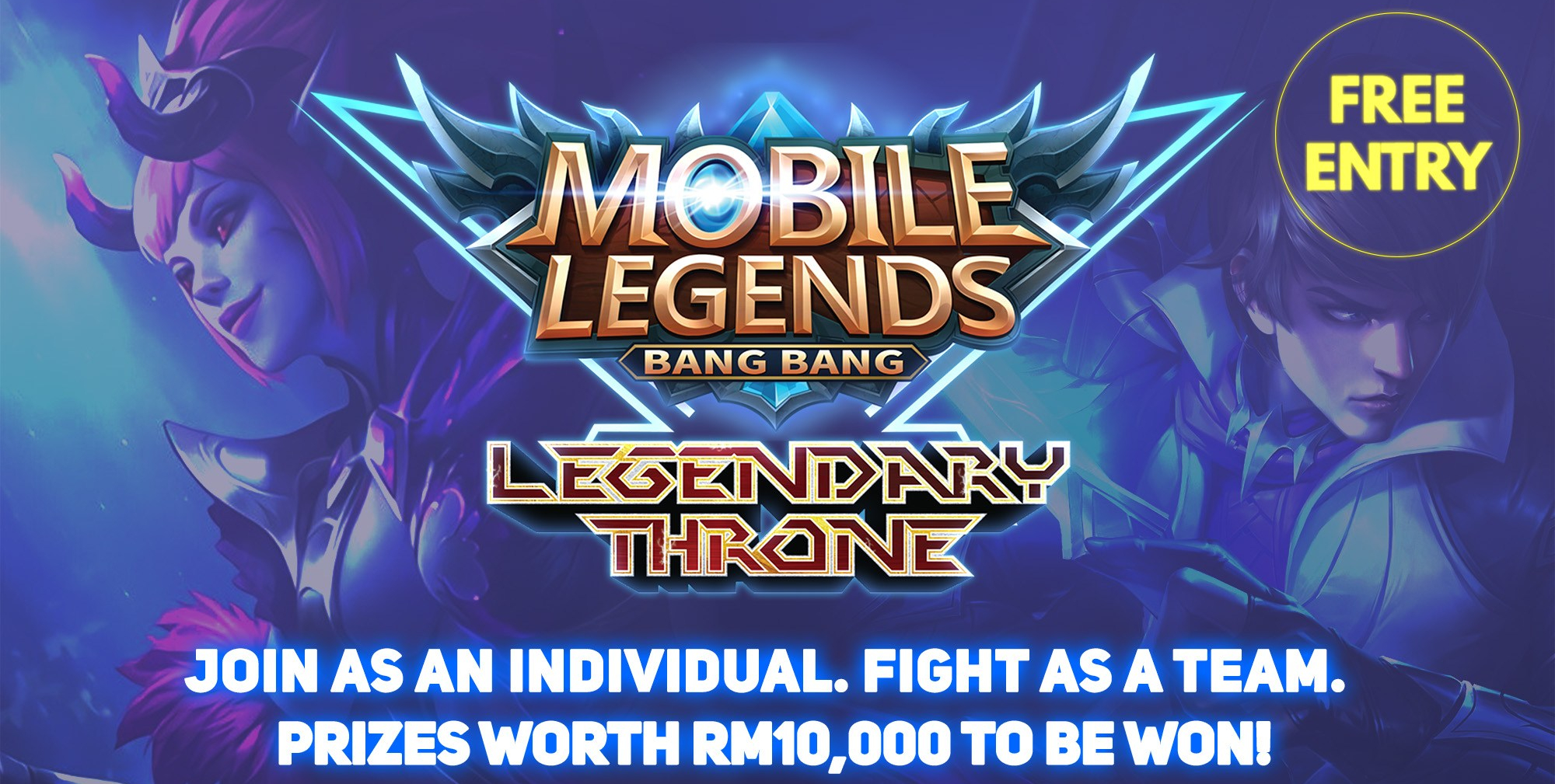 The first Mobile Legends Bang Bang tournament of 2019 is set to take place at The Rift, Mid Valley Megamall in Malaysia on 19 and 20 January 2019. OrganizedÂ by The Magic Rain and VIP Mobile Arena, admission for entry is free and open to everyone of all ages.

The main event is the Mobile Legends Legendary Throne tournament, which will utilize a unique format where participants are not required to have their own teams. Instead, every player will receive new randomized teammates in every round to test their ability to adapt to new playstyles.

The winning team of each round will then join the Leaderboard and qualify for the Grand Finals on Day 2 of the tournament. Online registration is open from now to 3PM on 20 January 2019.Â  However, there will be early qualifiers from now until 13 January 219, giving players an even earlier opportunity of entering the tournament’s Leaderboard.

Besides the main event, there will be other exciting activities for both Mobile Legends players and non-players to participate in. First up is the Streamer Showdown on 19 January 2019, where players can grab the chance to play with famous streamers like Catnipx, MrCocan, Ikuto00, and FanCFreakz.

Additionally, Mobile Legends fans can look forward to catching a match between pro teams Traitor e-Sports and ICON MY on 20 January 2019. Last but not least, everyone else can participate in the Treasure Hunt to win goodies and redeem free passes to The Rift attractions, including many of its VR games and rides.

For the latest updates and details, head on over to the official event Facebook page here.

Gear Up for Malaysia's First CoD:WW2 LAN Event of 2018