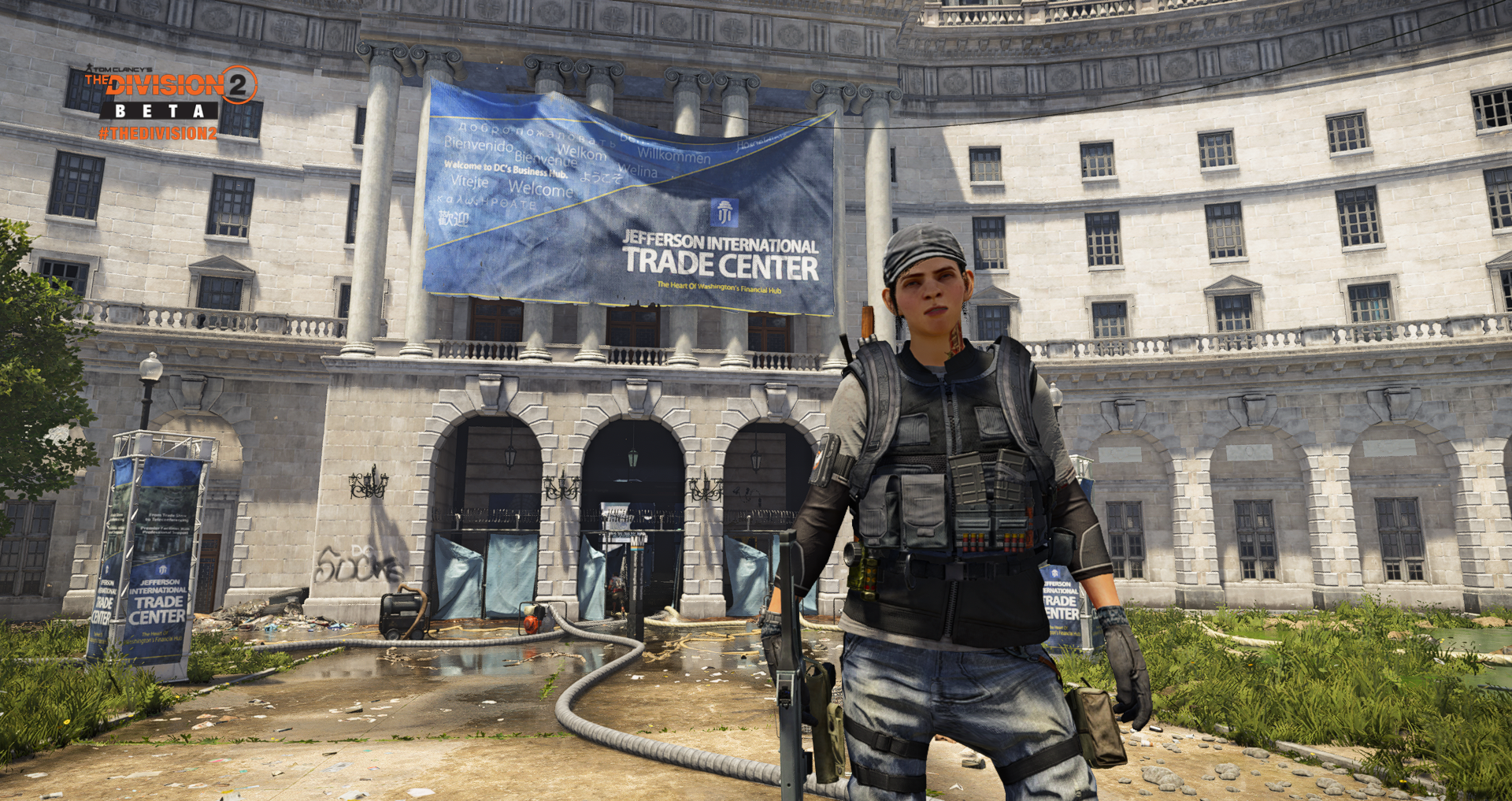 The Division 2 private is now live until 11 February in the evening.Â We have our own Mr Toffee and Syazwan Bahri play through the private beta. Here are their thoughts on the matter:

Mr Toffee: The Division 2 definitely feels more different than the past game. The shooting definitely feels improved and varied. Right off the bat when I reached level 4 I already have 4 different types of guns to fool around with: automatics, single-shot scout rifles, LMGs, and shotguns.

They work how you would expect and deal the sort of damage you want out of an action RPG set in a dystopian modern time setting in a run-down Washington DC featuring sleeper agents. Your scout rifles are better at picking off enemies from a mid-distance, while your automatics are your mid-to-close ranged options. Shotguns can stop enemies dead if they’re too close for comfort or if you happen to have a stand-off in a corridor. LMGs can lay down suppressive fire -effectively lowering enemy stats while they are stuck in cover- and can deal quite a bit of damage if they so much as get out of cover.

The enemies are a bit more daring this time around; we’ve been flanked a number of times during some main missions and some of the control missions. The purple and gold-coloured boss figures too are a bit more dangerous thanks to their “smarter” and more suicidal grunts.

I definitely don’t remember the “parkour” mode from the first game; this time around I can just hold the Control and Shift keys to keep on running and making a smooth exit. How was your experience teaming up with me, Syazwan? As someone who has tolerated more Destiny 2 than I could, is this Ubisoft’s loot-and-shoot answer for 2019?

Syazwan: As a live service game, it’s hard to say at this point, honestly. In my experience, live service games tend to start slow at launch, that’s what happened with Destiny 2. However, the similarities with Destiny 2 is sparse. The Division 2 is a fresh game with potentially great gameplay mechanics to boot.

I’ll say this: I definitely had a blast. The gunplay is great, like you said, as it feels spot on, but I am more inclined to talk about the skills in the game. The beta offers only 3 skills at the moment: Drone, Tracker Mine, and Turret. Each of the skills has its own ‘specialization’ so to speak. For example, there are 4 types of drones available to pick from; Striker, Fixer, Defender, and Bombardier, each has their own quirks like harassing enemies or laying out bombs to keep enemies away.

In our playthrough, I went for the Fixer Drone which heals allies, and an Auto Turret, effectively making me a tactical support class. The potential in role-playing is massive and Ubisoft has successfully pulled off the RP in RPG, which I haven’t seen other games do correctly in recent time.

The controls were unintuitive at first but I got the hang of it quick. This is probably just me, but what do you think?

Mr Toffee: I definitely agree, particularly when taking cover. I’m so used to spamming the cover button or key, I forgot that The Division 2 has a more intuitive method of jumping from cover to cover. Oh, and also you can vault over cover via the aforementioned “parkour” mode. Old Gears habits die hard; nothing a few deaths and hard knock learning can’t fix, right?

I also don’t remember the SHD tech being as prevalent as in the first game. Here, it’s literally everywhere: you need it to boost up your skills, your passive skills, and even your vendor and ally perks. Yes, it makes sense for your shopkeepers and crafters to get their hands on SHD tech you salvage so that they can make better gear for you to kick ass in. You also have a ton of sidequests where you have to find SHD tech locked up in some basement filled with Hyena faction guards, or in some random bike shed.

If you fancy the further apolitical tales of The Division 2, you can find ECHO spots that recreate past plot points pre-effed-up-Washington DC. It’s cool to look at, but it’s optional if military shooter stories aren’t your cup of tea.

I know we’re close to Wawasan 2020 and co-op games with triple-A backing should be seamlessly implemented, but I have to say that finding people to group up within The Division 2 is quick and painless. Yes, we should have better co-op options that transition easily from single-player sessions, but somehow even bigwig publishers can’t get that right.

Thankfully Ubisoft seems to have their head in the game. True, Syazwan and I did disconnect abruptly during one or two major story missions, but hopefully that’s a problem Ubisoft is fixing tirelessly before the game’s March release date. Besides, I managed to find a quick game where I continued from the point where we disconnected in the story; straight to the boss fight against a Hyena sniper elite and her pack of purple grunts.

Any final few words before we head back to Trump’s future Washington in 5 years time guns-ablazing, Syazwan?

Syazwan: Problems-wise, there’s nothing serious in particular. Probably some ironing out the creases here and there; I mean it is beta for now.Â  I would love to see some simplification to the menus and such. There are one too many button presses just to access my inventory.

Another thing annoys me so far is the small objective marker. We’ve gotten lost a few times in buildings and mission areas, but at least the open-world pathfinder does its job greatly, in my opinion.

Well, that’s all I could say for now. I just can’t wait to get my hands on better loot in the game! Shall we drop back into Washington, Agent?

All The Games At The Nintendo Indie World Showcase 2020

by Here’s When You Can Join The Division 2 Open Beta – KAKUCHOPUREI.COM in February 13, 2019
Reply

[…] dug The Division 2’s private beta session. Of course, the previous session was meant for those who pre-ordered the game. For those who want […]

by Pre-order The Division 2; get a free Ubisoft game – KAKUCHOPUREI.COM in February 18, 2019
Reply

[…] If you’re feeling unsure of the game, check out what the Kakuchopurei team thinks about The Division 2. […]

by Anthem Review-In-Progress: Is Bioware Falling Behind? – KAKUCHOPUREI.COM in February 19, 2019
Reply

[…] something drastic happens, I may as well put my faith in other action loot-and-shoot games that are either upcoming or are already well-established. You may want to watch this space in the next few days to see this […]

by Check Out The Division 2’s Live-Action Trailer – KAKUCHOPUREI.COM in February 20, 2019
Reply

[…] have tried it out and we enjoyed the heck out of it. The open beta is coming […]

by The Division 2 Open Beta Is Happening Soon – KAKUCHOPUREI.COM in February 26, 2019
Reply

[…] The post-apocalyptic military shooter had a private beta session previously, and we had a blast. […]