Singtel has announced a significant move forward in the progress towards a better future for esports in Southeast Asia by revealing that they will be officially providing sponsorship for the Singapore’s SEA Games 2019 esports team.

In a deal with the Singapore Esports Association (SGEA), the sponsorship includes funding for training, competition and player stipends, as well as a scholarship component for educational opportunities.

Local pioneer esports player and teams like RZR Xian, Resurgence, and Asterisk* have been designated as Singtel PVP Ambassadors, who will work to engage the community and even be present at future Singtel PVP gaming events for fans to meet.

Besides the sponsorship, Singtel has also announced two new PVP Community leagues: PVP Campus and PVP Corporate. The goal of these new esports leagues is for amateur gamers to participate in friendly competitions.

The culmination of both leagues will be held in a finale event slated to happen sometime in the second half of 2019. Brands like Huawei, Great Eastern, and SecretLab will be joining Singtel in supporting the growth of esports in the region, along with Razer (who is also the official esports partner for the upcoming SEA Games 2019).

In other related news, Singtel recently announced their partnership with South Korean telecommunications giant SK Telecom to further boost the development of esports in Asia. Head on over here for the full story.

Taking place from 30 November to 10 December 2019 in the Philippines, the 2019 SEA Games will feature six esports titles: two on PC (Dota 2 and Starcraft 2), two on mobile (Arena of Valor and Mobile Legends), and two on console (Tekken 7 and an as-of-yet unspecified game).

It will be the first international sports event in history to feature esports as a medal sport. 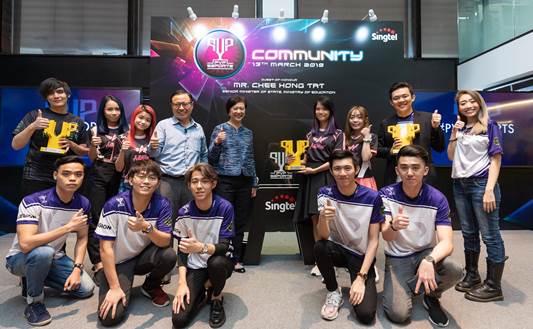 Need a bit of F2P MMORPGing in your 4X game? Well, this mod can sort you out. A modder by the name of Kevin Liu has created a Civilization 6 mod ca...

The winner of the Mobile Legends MPL Malaysia Playoffs Season 7 has been decided after a 3-day tournament spree starting 28th May: Resurgence MY (RSG ...