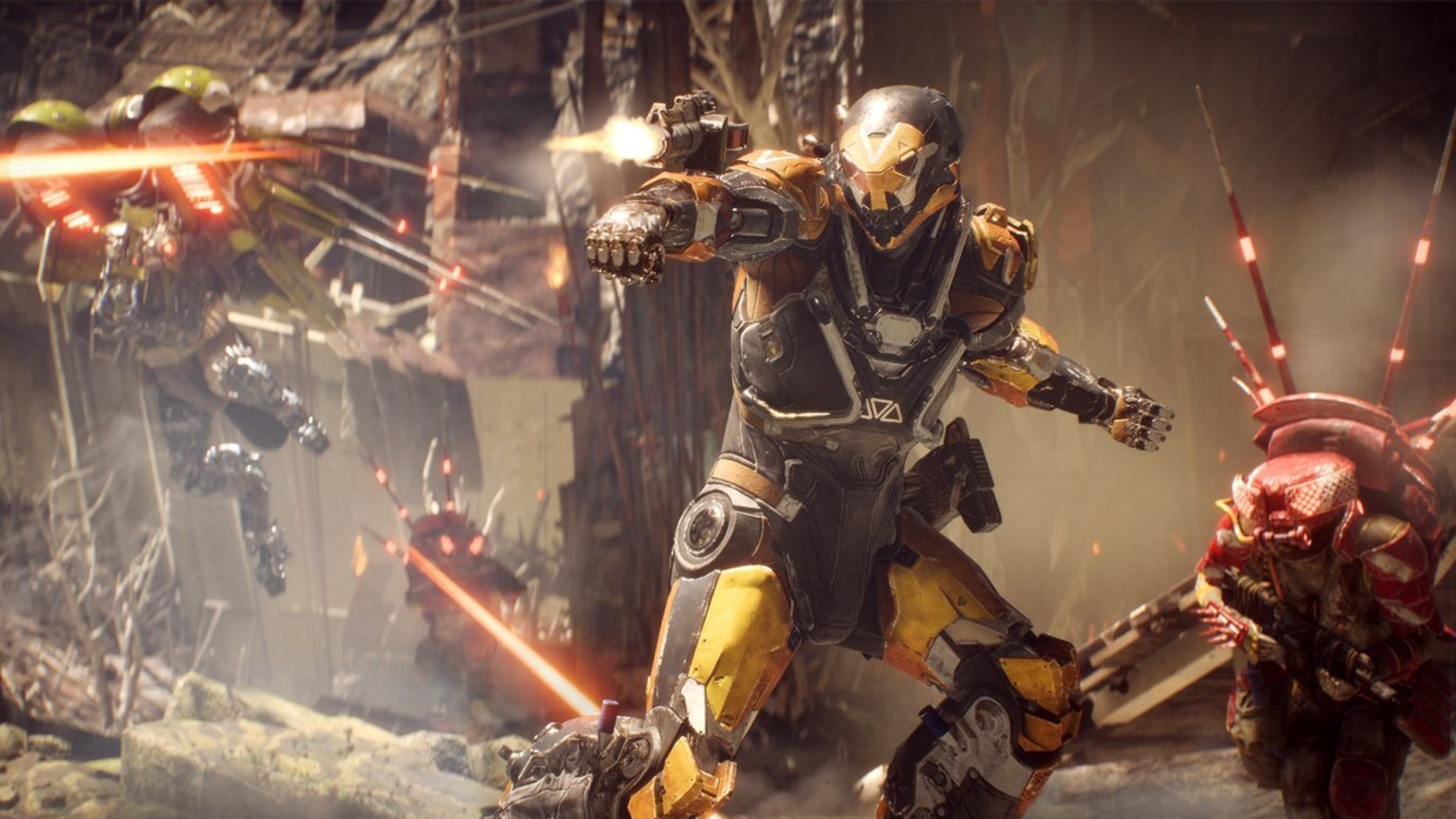 Anthem is that one game that is quite problematic from launch to today. From console-breaking glitches to the lack of playing incentive, the game was deemed dead by its own players. Not to mention, the Anthem subreddit is packed with angry players because the devs have been silent for quite a while.

BioWare ran a livestream yesterday, teasing one of the endgame experiences titled Cataclysm. It was hyped, not unlike the game, and features world-changing mechanics that would challenge endgame players. This mode was supposed to see the light in May, but was delayed due to numerous problems and a terrible launch

Cataclysm is often compared to Destiny 2’s raids, but it’s actually very different. As Irving explains, Cataclysm is a timed event that will take place over eight weeks, with new loot and activities rolling out each week. The first two weeks of the Cataclysm event aren’t really important however, as all they’ll offer is new in-game challenges that reward new vanity items for missions and Strongholds you already have unlocked. After those two weeks, the Cataclysm itself will be available.

The six-week event kicks off with “high-quality cinematic scenes” and a brand new area called The Cataclysm. The new story missions will help link the events of Anthem’s story campaign with this event, but the bulk of this update is found in The Cataclysm area itself.

The area is a storm-ravaged area. Players are teamed up in a group of four and complete various objectives, earn points and defeat a final boss before the time limit expires. Sounds a bit more like the Escalation Protocol from Destiny 2.

The area is a free-to-explore area, unlike a Stronghold or a traditional dungeon. Players are free to explore but there’s a timer counting down and the stormy weather that constantly chip away at your suits’ “Stability Meter.” If that meter runs out, the storm will quickly deplete your health and kill you.

There are various objectives around the map with arenas that reward points upon completion. These arenas look pretty similar to the free-play events that players are familiar with, but Irving highlighted that the objectives will involve some puzzle solving. That doesn’t inspire much hope, since Anthem’s attempts at puzzles has so far been more frustrating than fun.

These arenas will also have safe spots that can be triggered, giving you a temporary reprieve from the Cataclysm’s harmful effects. Solving the objectives of each arena will increase your score and your time limit.

To maximise score, there are secrets and puzzles for players can complete that add bonuses and multipliers. One of the secrets is killing enemies while in the harmful storm doubles the points you get.

The conclusive objective of the endgame activity is to defeat a boss called Vara. Irving didn’t go in detail about it but once she’s defeated, the team’s score is doubled and Cataclysm will endÂ Â Even if you don’t defeat her in time, or you die trying, you’ll still finish the Cataclysm but without that double score bonus

The event will change per week, meaning new arenas will be available while others will be locked off and “Inversions” will add modifiers like increasing the damage of certain weapons or reducing the effectiveness of elemental effects to encourage players to try different strategies to maximize their runs.

There will also be a leaderboard for maximum bragging rights.

Based on what we’ve seen, Anthem has a record of handling loot badly. They have revised their loot system about three times one during the early launch days, another a few weeks after, then one recently.

Each time you finish a run in the Cataclysm, your points will be converted to a currency that you can spend at a vendor in Fort Tarsis on “battle chests”.

These glorified loot boxes will have random rewards and their contents will change by the week.

While this new loot will be more powerful than anything currently in the game by a small margin, Catacylsm will also add higher rarity tiers for support items, some new masterwork gear, and a new slot that changes the behaviour of your Javelin’s melee weapon. These will be added to the regular sources for loot, too.

Another noteworthy change is the Luck stat, which will be trashed entirely and drop chances will be boosted as if you had your Luck maxed. That means more loot more often. Items that once offered extra Luck will now add armour instead.

When Will Cataclysm Be Released?

Well, there wasn’t a release date, and the previous roadmap is now obsolete. But the beta version will be starting sometime soon, in the next week. You’ll have to download a separateÂ beta client for Anthem which takes another 60GB of precious drive space.

The beta servers won’t be live 24/7, but Anderson says players will be able to jump in for a few days at a time and test out new Cataclysm features as they’re being developed and provide feedback. That feedback will help BioWare determine how powerful new Cataclysm loot should be as well how it should tweak the overall experience.

Well, I hope this would entice the players because BioWare and Anthem are going to need this badly. If this major update flops, players would definitely be quitting the game. Destiny 2 pulled off great raids, I hope Anthem could take a leaf out of Bungie’s book and learn from that.

This Is Metacritic's Top 10 Games Of The Decade