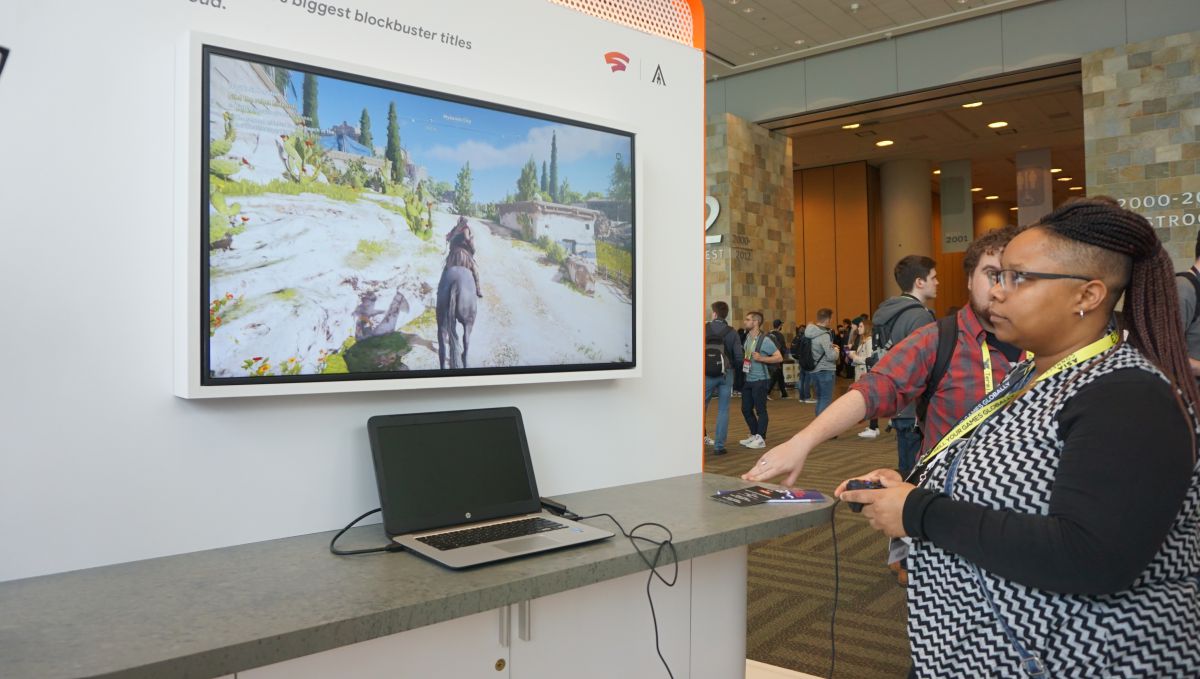 Google has finally revealed more details and information about Google Stadia, their upcoming new video game streaming service. A demo was available at last week’s Google I/O 2019 event, where invited journalists were able to try out the new technology, along with the Stadia controller.

How Does Google Stadia Perform?

Instead of running natively on your console or device, Google Stadia runs on a massive server infrastructure, which means that any device can theoretically run any game as long as the Internet connection is good enough. There’s also the problem of latency, where there could be a delay between the press of a button and what happens on screen, resulting in horrible lag and overall gaming experience.

According to our friends at Amanz (who had the opportunity of getting hands-on with Google Stadia by playing Assassin’s Creed Odyssey), Google representatives confirmed that the minimum recommended Internet speed to play gamesÂ are 20 Mbps forÂ 1080P 60 FPS and 35 Mbps for 4K 60 FPS.

A minimum of 7Mbps is required to even run Google Stadia. Any less and streaming service won’t even function properly. However, since all the data comes straight from the server (and is stored there), players won’t have to worry about losing their progress if something does happen (electrical blackout, Internet problems).

What About The Stadia Controller?

The Stadia controller looks like a fusion of the Xbox One and Dualshock 4 controllers, with its Xbox-style face buttons (A, B, X, Y) and Dualshock 4-like concave analog sticks. Besides that, it has a typical D-pad and shoulder trigger buttons.

It also comes with a 3.5mm audio port and USB-C port. The fact that it connects via Wi-Fi may reduce the aforementioned latency and lag problems, as the player’s button responses will go straight to the server instead of through the device beforehand.

Amanz also pointed out that the Stadia controller did not feature vibrations, which meant that an essential part of playing Assassin’s Creed Odyssey became lost in the process. While playing the game on the PS4 or Xbox One, the controller would vibrate to indicate an incoming enemy attack, allowing the player to either parry or evade it.

Interestingly, removing the USB-C cable from the controller resulted in its vibrating. However, when asked, Google representatives couldn’t confirm if the vibrations would be included as one of its features.

Claims that the Google Stadia could turn out to be a console-killer may seem premature as of now, considering how little we know of the streaming service. There are still a lot of hurdles and problems it has to overcome to come close to competing with consoles, some of which are more prevalent in some places than others, like Southeast Asia (check out the full story here).

I personally think that streaming services like Google Stadia won’t be ‘killing’ console or traditional gaming anytime soon, just like the rise of Netflix didn’t bring the death of cable TV or movie theatres.

Fighting EX Layer Gougi Guide: How To Synergize Like The Late 90s

[…] Nevertheless, it does look like this Sony-Microsoft partnership could be their retaliation against the rise of other cloud streaming services encroaching into gaming and entertainment, the most prominent of which is Google Stadia (read more about that here). […]