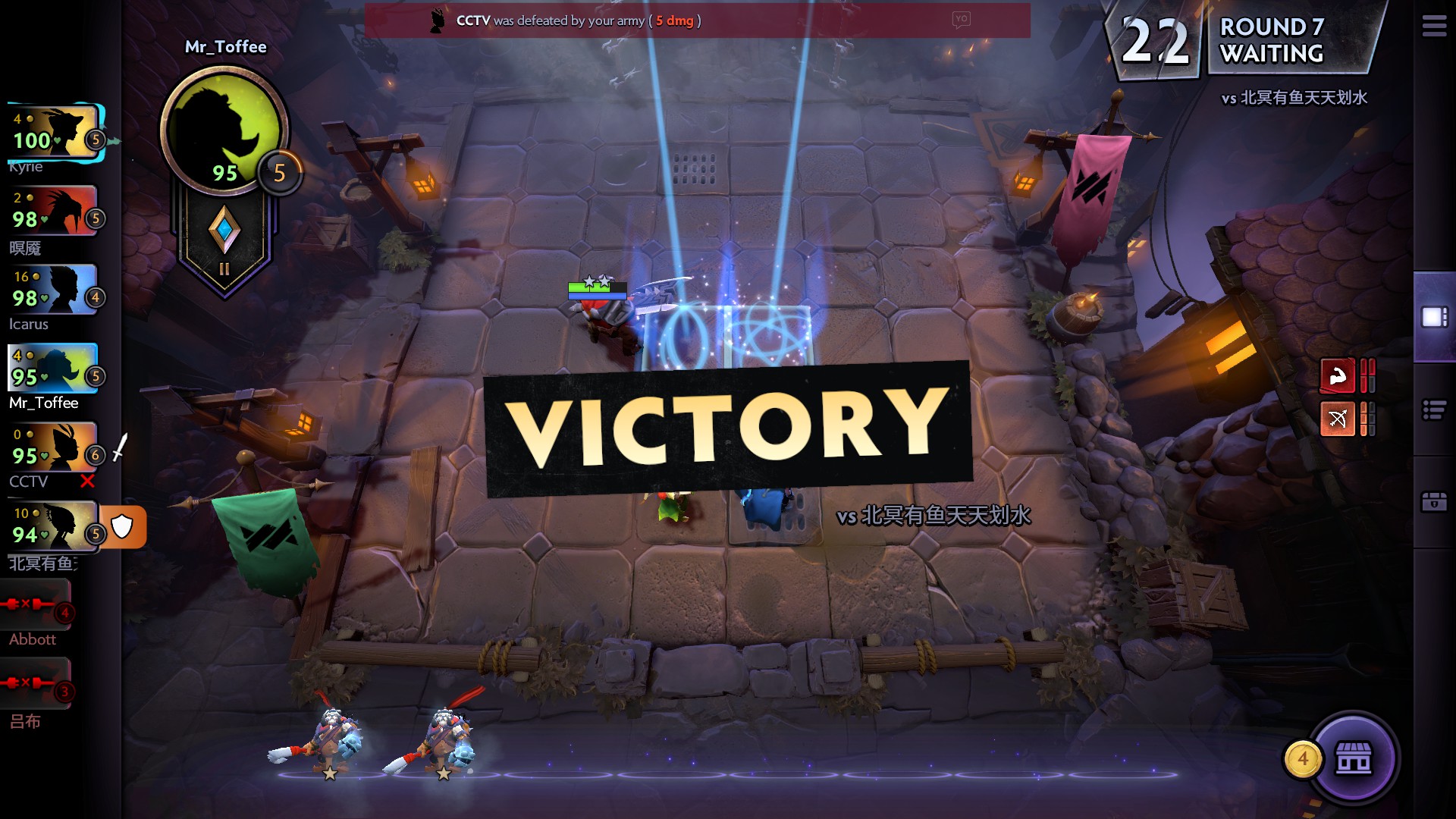 This guide is still in development…

Want to jump on-board the Auto Chess train but with actual Dota 2 characters and with the Valve seal of approval? Now’s the best time as any! Here’s a guide to get you through the basics and intermediate parts of the game.

Each game of Dota Underlords will pit you against seven other players. You will only face one of them at a time, like as if you’re in a mini fighting game tournament. If this sounds familiar to Auto Chess, that’s because it pretty much is.Â

You will duel these players on a chessboard that you can place units upon. As each round begins, you will receive a selection of random heroes you can purchase from the shop using gold. Any units you buy go onto the bench thatâ€™s on the bottom of your screen and can be dragged onto the board. Once each player places their units on the board, they will attack their enemies automatically.

Reminder: as soon as you purchase your units and pieces, make sure to place them onto the board. The game won’t automatically put benched units onto the board if it’s empty.

For the first three rounds, you’ll be fighting AI units, known as Creeps, to build up a stash of gold and some items you can use to develop your crew. After that, youâ€™ll face off against an actual player. Win, and youâ€™ll have your pick of three randomly rolled items to boost your team, whereas if you lose the game will decide which item you get.

You are guaranteed to get an item, which sets Dota Underlords apart from Auto Chess, where items appear more randomly and loot mobs are tougher than usual.

Every player has a health pool, and it will whittle away depending on how badly you lose and the stage of the game. As such,Â Dota Underlords is a case of using your items and money wisely to ensure that you are the last player standing.

Over the course of the game, you need to level your character up to the max level of ten, as each level gained will allow you to place another hero on the board. This is essential not just in terms of outnumbering your opponent, but also to form strong alliances between heroes.

If you look at any hero in Dota Underlords youâ€™ll spot that they have two icons by them, which represent their Dota Underlords alliances â€“ these are set bonuses you acquire by having multiple heroes from a single faction on the board at any given moment.

You can also upgrade heroes in Dota Underlords, which massively increases their damage output and survivability. To do this you need to acquire three copies of a single hero, which will consume all three and turn one hero into a two-star hero. You can then do the same upgrade if you manage to acquire three two-star copies of the same hero, which will create a three-star hero.

Every round, you earn more cumulative gold either to buy units or to level up so that you can add more units on the board. So how do you earn gold fast?

Easy: spend less between rounds and save enough so you get some interest back.

After the first five rounds in Dota Underlords youâ€™ll always be making a +5 gold after each round, regardless of whether you win your lose. Winning will always get you a bonus of +1 gold, but you can also go on a winning or losing streak that will earn you up to an additional + gold depending on how many consecutive wins or losses youâ€™ve recorded.

If you are on a winning streak you can earn up to +9 gold. Come off your streak and you’ll be on either +5 or +6 gold per round depending on your fortunes. However, it’s possible to earn +14 gold with each round in Dota Underlords through interest.

If you have ten gold in your bank when you finish a round, you will get an additional +1 gold thrown on top of whatever you earn that round as interest. This increases by +1 gold for each multiple of ten gold you have in your bank between rounds, bringing the maximum gold you can earn each round through interest up to +5 gold.

Managing your spending and making the most out of interest is how you start earning large amounts of gold, reliably, each round. Even if you’re losing a lot of health, you can build up a pot of gold big enough to rapidly transform your fortunes if need be.

You will not be eliminated within the first 20 rounds, so you should use this as an opportunity to set yourself up for the late game. Whether you choose to go after a win or loss streak bonus, pick one and commit to it so as to get your bank up to 50 gold as fast as possible.

Not every player can get the early game winning streak, so learning to recognize when youâ€™re on top early one is key. If youâ€™re not, then aim for the losing streak.

When it comes to spending in this phase, try not to spend any gold on rerolls at all until level six or seven. However, you can spend gold to level up to level seven â€“ donâ€™t rush it though. You want to be spending a little every other round during this phase, so your interest pot can grow and you can level up. Youâ€™ll also want at least one two-star hero or a fully-formed alliance like a Warrior or a Savage alliance.

When you approach the late game youâ€™ll want to invest heavily in re-rolling to upgrade your Dota Underlords heroes. Just be sure youâ€™re only spending within your means. If youâ€™re earning over ten gold per round then that should be very easy.

Granblue Fantasy Versus Will Add Vira And Avatar Belial Next Week