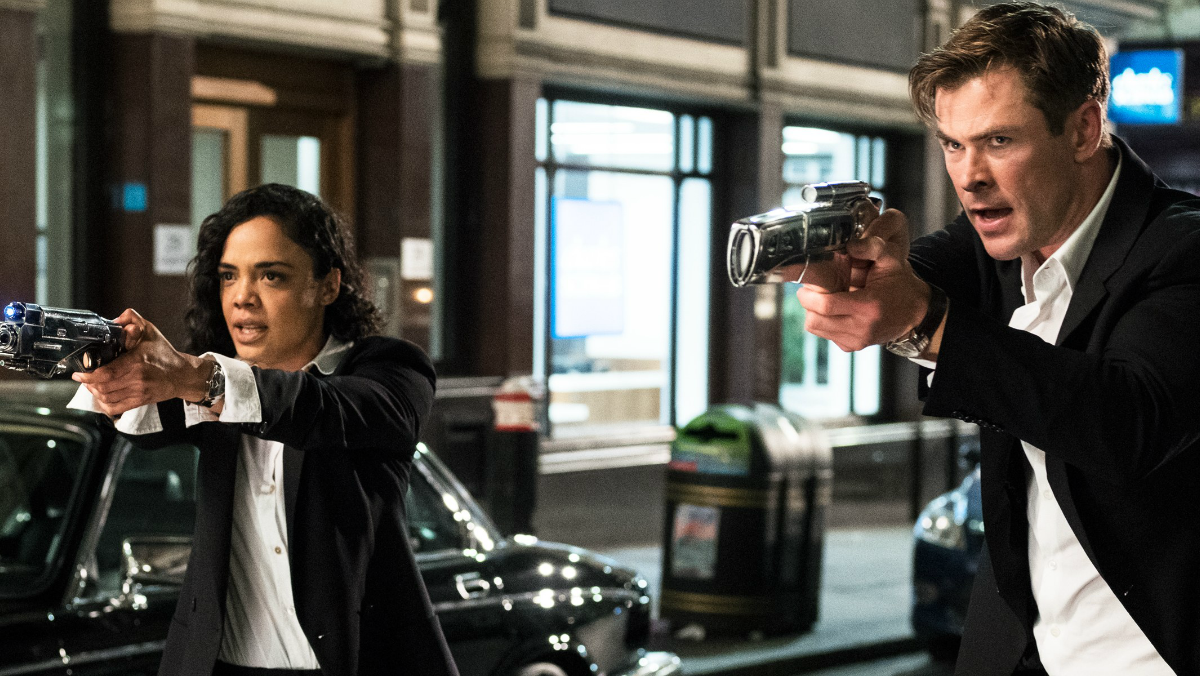 I’ll save you a few bucks on movie tickets: Men In Black – International is one particular Sony release you can skip if you’re looking for an outstanding update of the first film that debuted back in 1998.

In fact, if you take away the British locale (which isn’t featured that prominently) and the two main actors of the show -Chris Hemsworth and Tessa Thompson’s Agent M – you actually have the skeleton of all three MIB films. For a film touted to be a sci-fi action comedy, there are nary a few laughs albeit a plethora of tryhard moments.

While I did giggle at a comedic plot point involving American/British sides of driving -that was spoiled by the trailers, so boo hoo- the overall ride is pretty bland and lifeless. You would believe that a film can make the loveably awkward Kumail Nanjiani incredibly trying as a midget alien named Pawny.

Things get into motion and feature some level of structure in introducing Agent M into the world. The film also competently weaves in Agent H to be the mentor/partner figure who is closed off from people while using his surface-level charm to get what he wants.

But…that’s it really. The execution here is pretty standard and forgettable after a single viewing.

MIB: International just bored me to tears because I’ve seen this scenario played out better in a movie made about 20 years ago. And it’s sad too because the first Men In Black’s schtick -buddy cop movie with sci-fi Area 51-esque secret agents with whirling conspiracies- was too successful that its sequel had to work that magic and capture lightning in the bottle again.

Clearly, this approach has failed, though not without some merit; I still dig MIB2‘s post office scene and Josh Brolin’s deadpan portrayal as Agent K in MIB3.

This MIB iteration? It’s vanilla in motion picture form. Like I said: Chris and Tessa are the only noteworthy folks here who elevate this from slightly being a bland sci-fi time-waster. Emma Thompson as Agent O also makes a cameo from the third film, usually for the better. Which is a shame because if she was relegated to a supporting role the movie would have been leagues better than what it was.

MIB: International is not horrible, but its crime of just being by-the-numbers and not awe-inspiring is enough to shoot this franchise off into the dark annals of space.

E3 2019: The Final Fantasy VII Remake Is The Pinnacle Of The Entire Series