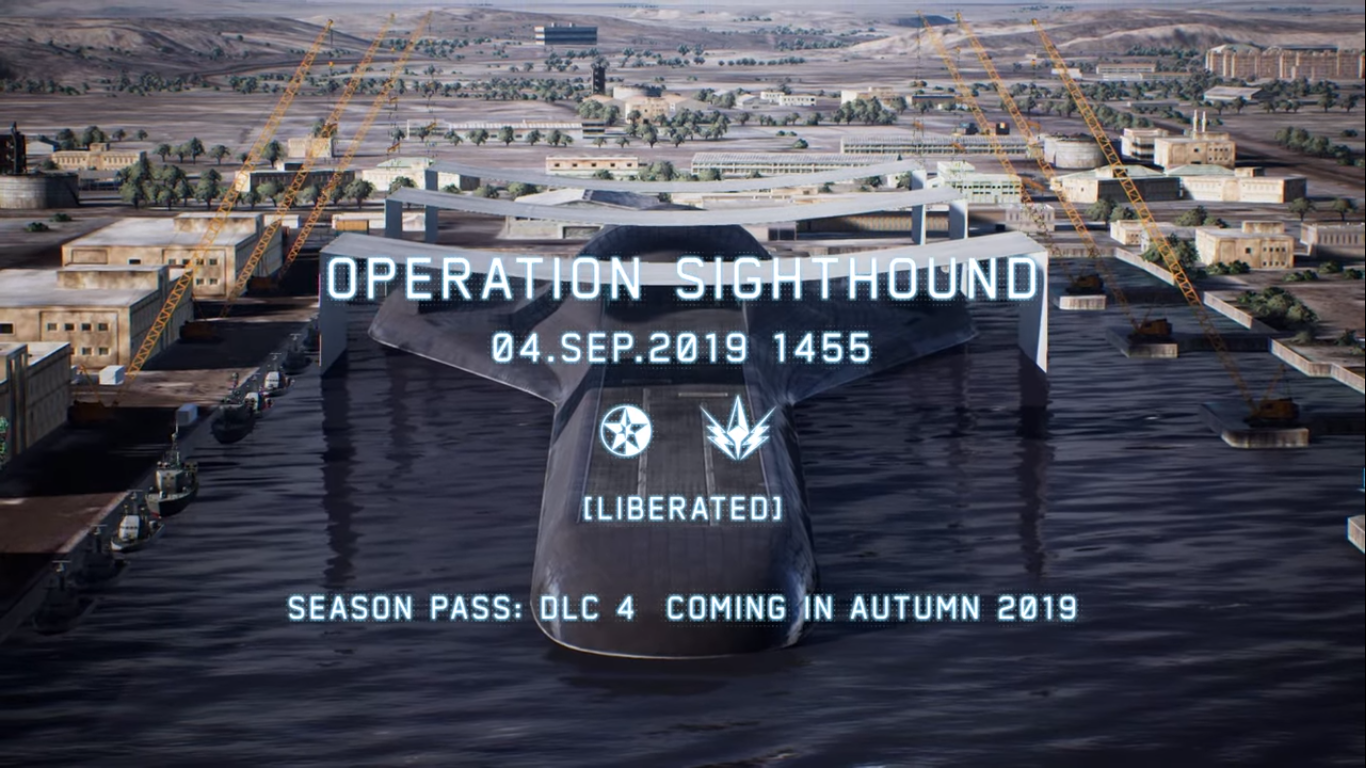 Bandai Namco has released a new trailer for the first of three post-launch additional missions as part of the Ace Combat 7: Skies Unknown Season Pass. The first story DLC for the latest installment in the long-running arcade flight sim franchise is officially dubbed, “Operation Sighthound.”

We still don’t have the exact details for the new mission but what we do know is that Operation Sighthound will chronologically take place between Mission 13: Bunker Buster and Mission 14: Cape Rainy Assault in the game’s story.

It seems that the player will have to destroy what looks like a new submarine, which is still at rest in a docking position. Players will presumably have to join a mission to destroy the submarine, though it doesn’t exactly look like a threat (yet) in the trailer.

Operation Sighthound is set to release sometime in fall 2019. If Bandai Namco wanted to go meta, it’s possible that the mission will become available for players on 4 September 2019; the same date on which the mission takes place in the fictionalized Strangereal region.

In the meantime, check out my review of Ace Combat 7: Skies Unknown here, and watch the trailer for Operation Sighthound below.

Here's When Pillars Of Eternity 2: Deadfire - Ultimate Edition Comes Out