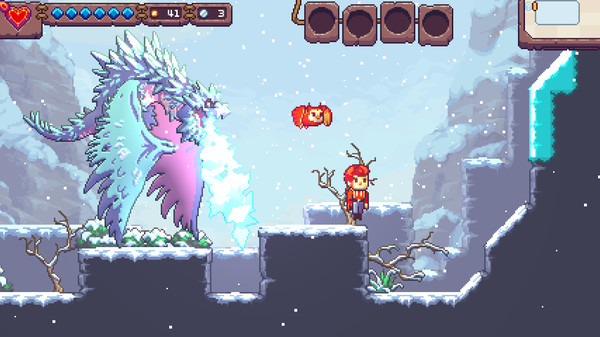 Imagine a Metroidvania platformer with virtually unlimited procedurally-generated levels and a pet owl for a companion? That’s Eagle Island for you; an indie game by developer Pixelnicks and publisher Screenwave Media.

It initially began life in 2017 on Kickstarter but is available for the PC and Nintendo Switch starting today on 11 July 2019.

In Eagle Island, players can customize 85 different perk abilities during gameplay. No two levels are the same, as they are all procedurally-generated with each playthrough. There are over 12 bosses to defeat, from serpents to dragons to giant plant creatures.

Your owl, Koji, can transform into different elemental forms (like ice and fire) and plays heavily into combat, as hitting enemies in quick succession & maintaining chain combos will earn you greater rewards. However, it can also get hurt and become temporarily incapacitated.

Eagle Island is currently available on Steam for the price of only RM39. There’s even a free demo for you to try out if you’re unsure about purchasing the game. In the meantime, check out the trailer below.

RazerCon 2021 Confirmed; Here's When You Can Watch It