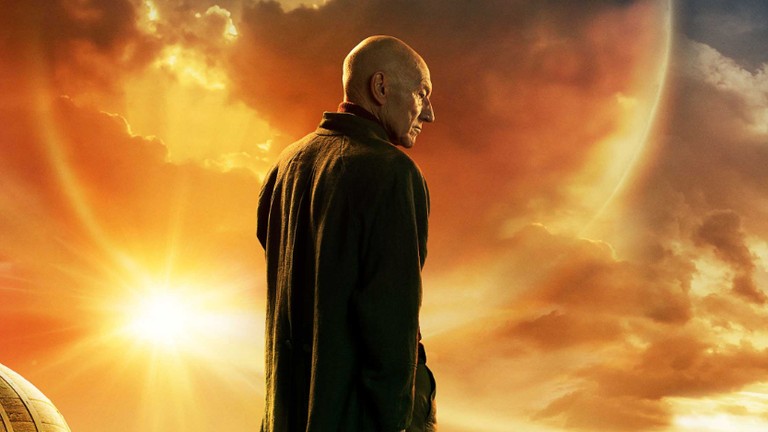 CBS has unveiled a brand new look at Admiral Jean-Luc Picard in a new poster for the upcoming Star Trek Picard series. The motion poster ends with the former Starfleet captain accompanied by a good boy doggo by his side.

In the poster, Picard seems to be overlooking his family wine grape vineyard in France but it doesn’t look like planet Earth. If it is on Earth, the sky looks yellowish as if the atmosphere’s been polluted, and there’s a massive planetary body up in the sky.

Take a look at the gorgeous Star Trek Picard motion poster below, showcasing the admiral with his new furry companion.

All of this must tie into the mysterious plot of Star Trek Picard. It will take place 18 years after the events of Star Trek Nemesis, with Picard having left Starfleet in the time since then.

CBS has yet to announce an official release date, but it will stream exclusively on CBS All Access in over 200 countries all over the world,Â including Malaysia and Singapore.