The Guardians Of The Galaxy Holiday Special is the second Marvel Studios Special Presentation film and is now streaming on Disney+ Hotstar Malaysia.

In the The Guardians of the Galaxy Holiday Special, the Guardians, who are on a mission to make Christmas unforgettable for Quill, head to Earth in search of the perfect present. The Marvel Studios’ Special Presentation stars Chris Pratt, Dave Bautista, Karen Gillan, and Pom Klementieff, featuring Vin Diesel as Groot and Bradley Cooper as Rocket, Sean Gunn and The Old 97’s with Michael Rooker and Kevin Bacon.

Here are some of the easter eggs that are noteworthy. Spoilers below, so here’s your warning: 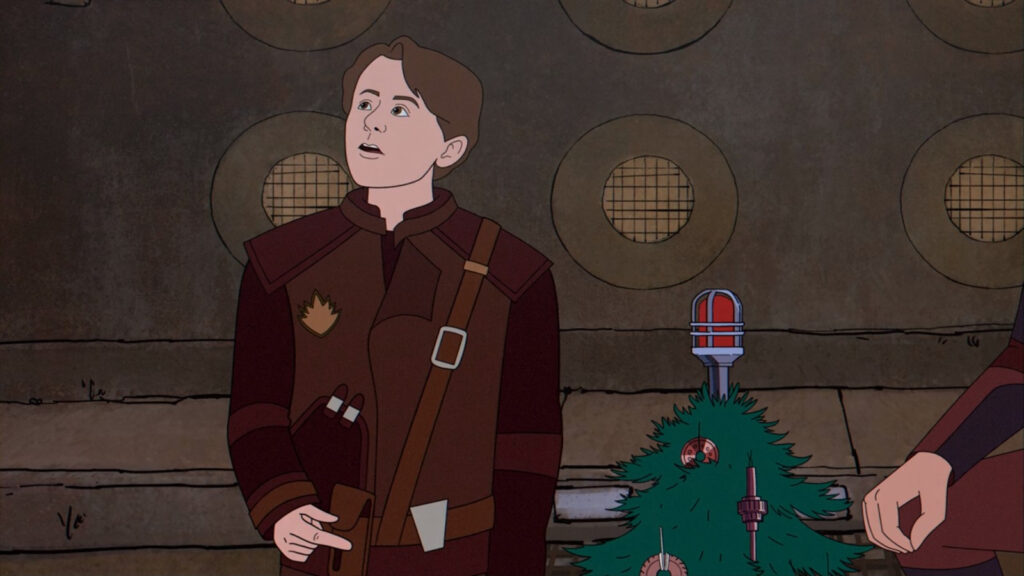 Surprisingly, The Guardians Of The Galaxy Holiday Special begins with a brief animated sequence (like a Rankin Bass/Star Wars Holiday Special animated segment with rotoscoping) that takes place when Yondu is still alive and Peter Quill AKA Star-Lord is still just a kid. Apparently, Peter is teaching Yondu all about Christmas.

It sounds like Michael Rooker returned to reprise his role and voice Yondu. The end credits confirm it. Cosmo The Dog already appeared in the post-credits of 2014’s Guardians Of The Galaxy but he/she never spoke. In the comics, he/she is a telepathic/telekinetic dog with a Russian accent, whose origins are actually as a canine Cosmonaut from Earth.

This is the first time that we see Cosmo using her telepathic and telekinetic abilities in the MCU. She is voiced by none other than Maria Bakalova, who is best known for starring in 2020’s Borat Subsequent Moviefilm and 2022’s Bodies Bodies Bodies.

After Avengers Endgame And Thor Love And Thunder, The Guardians Are Now Helping Rebuild Knowhere 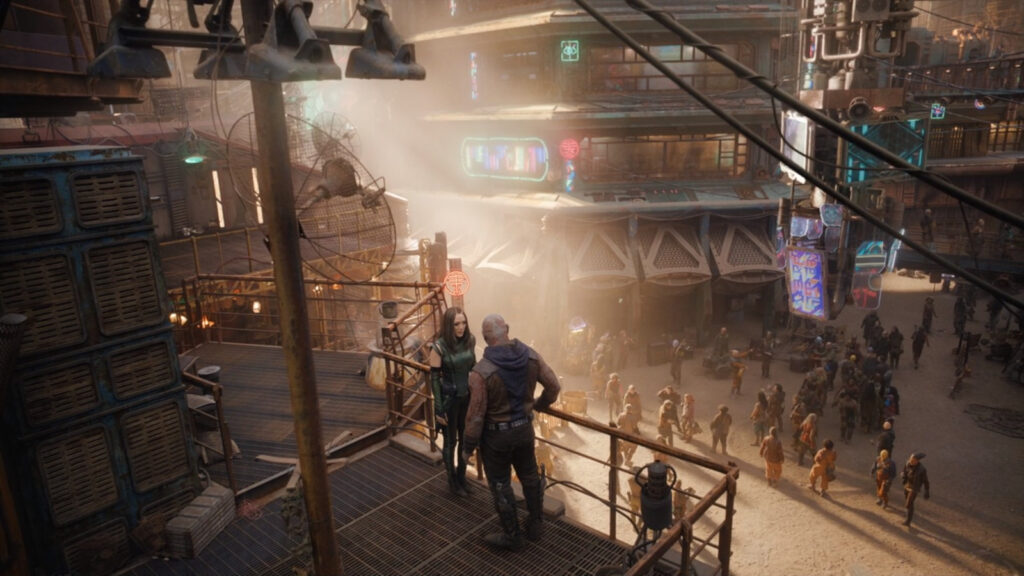 So this is what the Guardians are currently up to. If you don’t remember, Thanos destroyed Knowhere in 2018’s Avengers Infinity War in his search for the Infinity Stones.

Drax And Mantis Goes To Earth To Find Kevin Bacon Just like the trailers teased, Drax and Mantis go to Earth to find and bring Kevin Bacon to Peter in order to cheer him up on Christmas, seeing as they haven’t found Gamora yet. 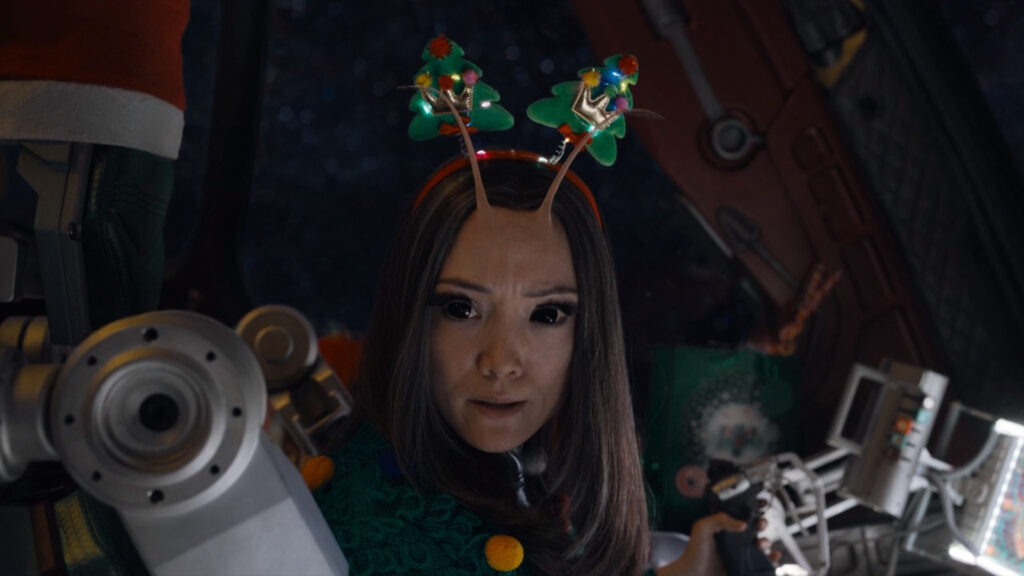 After kidnapping Kevin Bacon, they asked him about his past “exploits”, including as Mantis puts it, “when you fought and defeated the super strong masked killer Jason Vorhees in the woods”?

That’s actually a reference to Kevin Bacon’s first-ever feature film role, which was as a supporting character who gets killed via an arrow through the neck in 1980’s Friday The 13th, which was the first in the horror franchise.

If you’ve never seen that, check it out below, it’s an iconic horror movie slasher kill in pop culture: 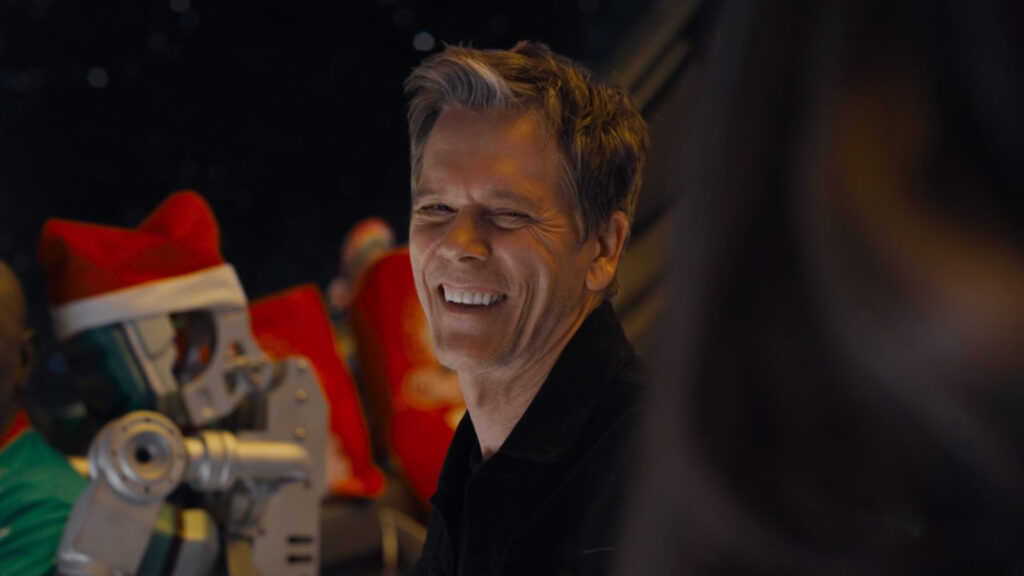 Yeah, this is an obvious Batman DC Comics easter egg anyone can catch. However, the interesting thing is that by the time that The Guardians Of The Galaxy Holiday Special releases, James Gunn will already be the DC Studios co-CEO and co-chairman. This is a funny little throwback to when Rocket asked Bucky, “how much for the arm?”, in 2018’s Avengers Infinity War. Rocket later says, “oh, I’ll get that arm”.

Four years later, he finally does. 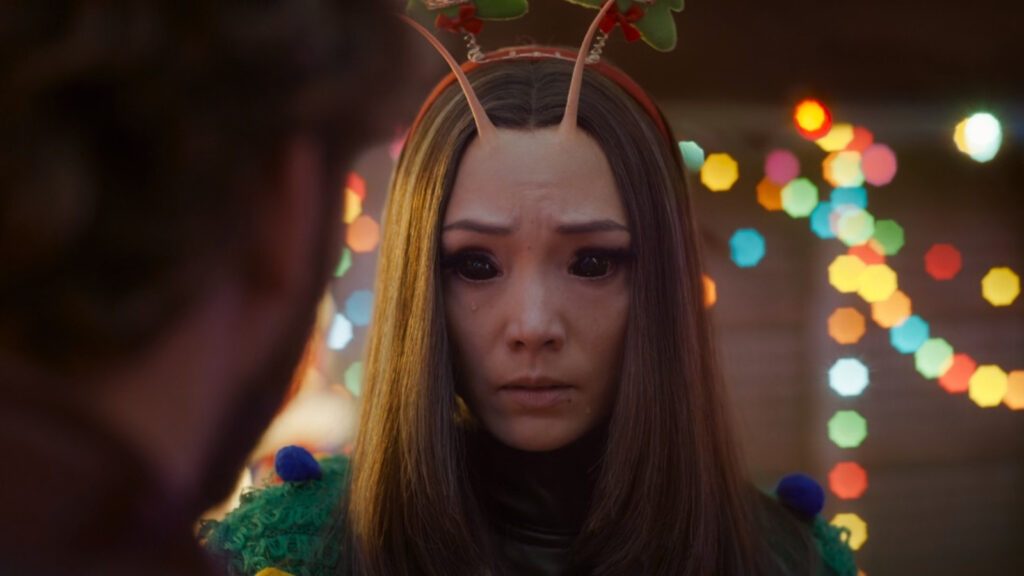 Mantis reveals that Ego was her father too and that she’s actually Peter’s half-sister. 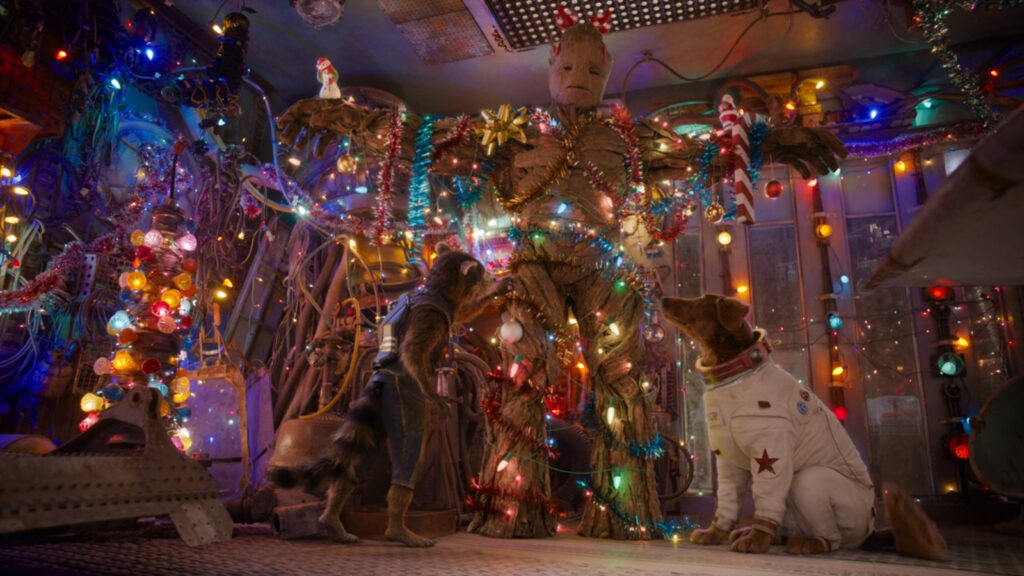 There is a post-credits scene but as expected, it’s just another joke scene, with Rocket and Cosmo putting Christmas lights on Groot. It ends with Rocket saying, “Now we gotta have another special.”, which is probably a joke, or it could mean another Guardians Of The Galaxy special is in the works. Who knows?

That’s it, folks, until the next one, excelsior!

Respawn Entertainment's Apex Legends has recently been getting attacked by hackers, who recently even blocked players from accessing the battle royale...

Sony Interactive Entertainment and Guerrilla Games have released a new cinematic trailer for Horizon Forbidden West. They have also announced that 201...

Feature
Days Gone Feels Better On The PC; Here's Why

Back in 2019, I did express some level of joy playing the action-adventure open world zombie-filled game Days Gone on the PS4. It had some technical h...