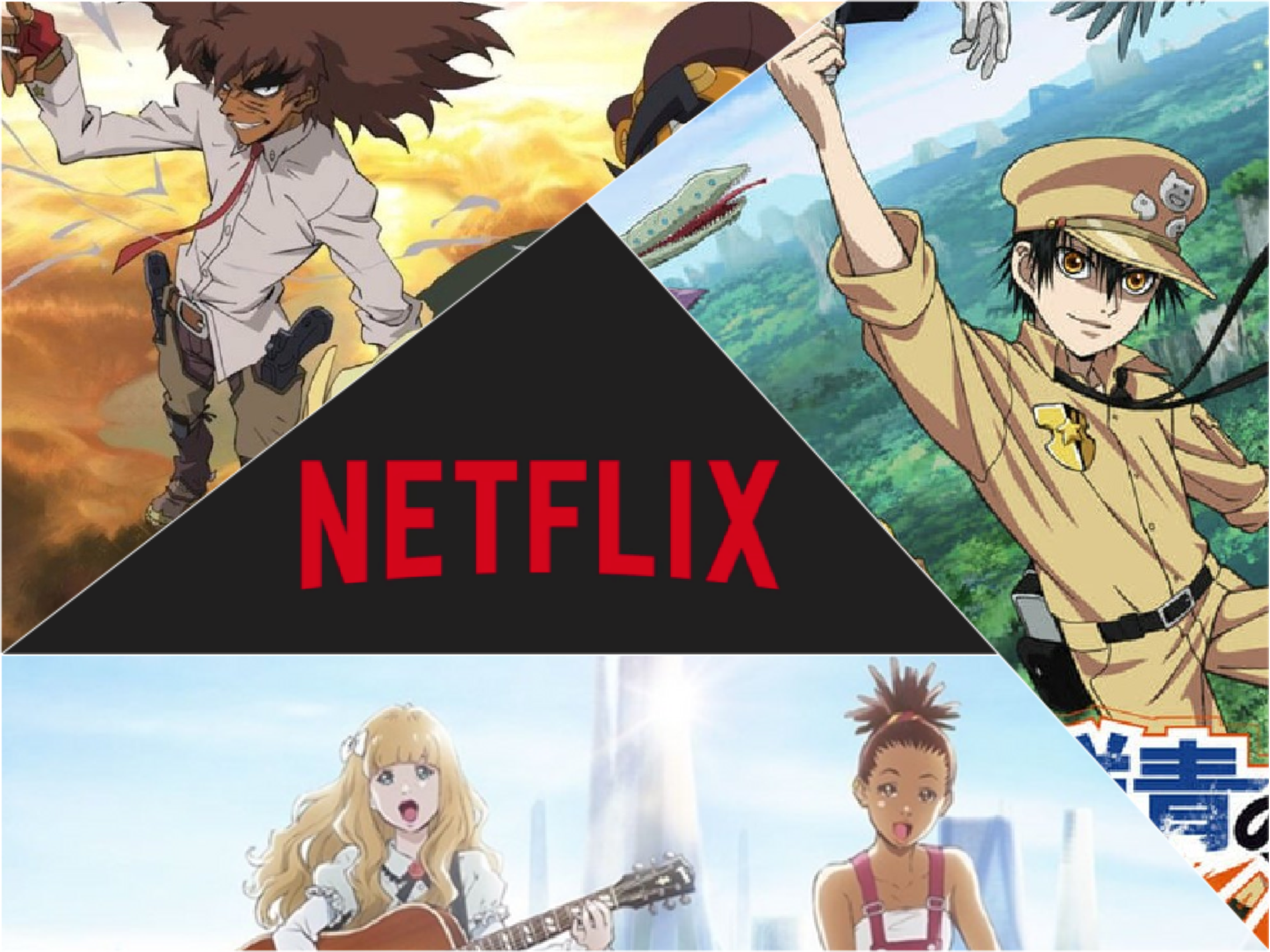 At their recent Anime Expo 2019 panel, Netflix revealed that it will be adding not one, not two, but three new shows into the streaming platform’s anime category. One of those shows will even be making its debut through Netflix. Check out this new clip they released.

With Shinichiro Watanabe of Cowboy Bebop fame as supervising director, fans of music-centred anime should be excited for Carole & Tuesday. The first half of the show will be playing on Netflix starting from 30 August 2019. The anime follows the story of the two eponymous girls as they try to realise their dreams of becoming musicians. Read more here.

Earlier I mentioned a show will be making its debut on Netflix. That’s Cannon Buster and it’s actually adapted from an American comic book. Author LeSean Thomas started a Kickstarter page for the anime in 2014 and all that crowdfunding has borne fruit. The show will premiere on 15 August 2019. Oh did I mention the studio in charge of the animation is also the one that animated Symphogear, Log Horizon, and some of the Macross anime?

Last but not least is an adaptation of a Chinese comic book titled Ultramarine Magmell. Hayato Date, director of the Naruto and Naruto Shippuden anime, worked on the show with Studio Pierrot. In the show, you follow the adventures of young men working as relief workers who help the explorers of a new continent that suddenly appeared in the ocean.

Halo 3 Is Dropping On PC Master Chief Collection Next Week

Cult Classic Evil Genius Is Free On Steam; Here's How To Get It