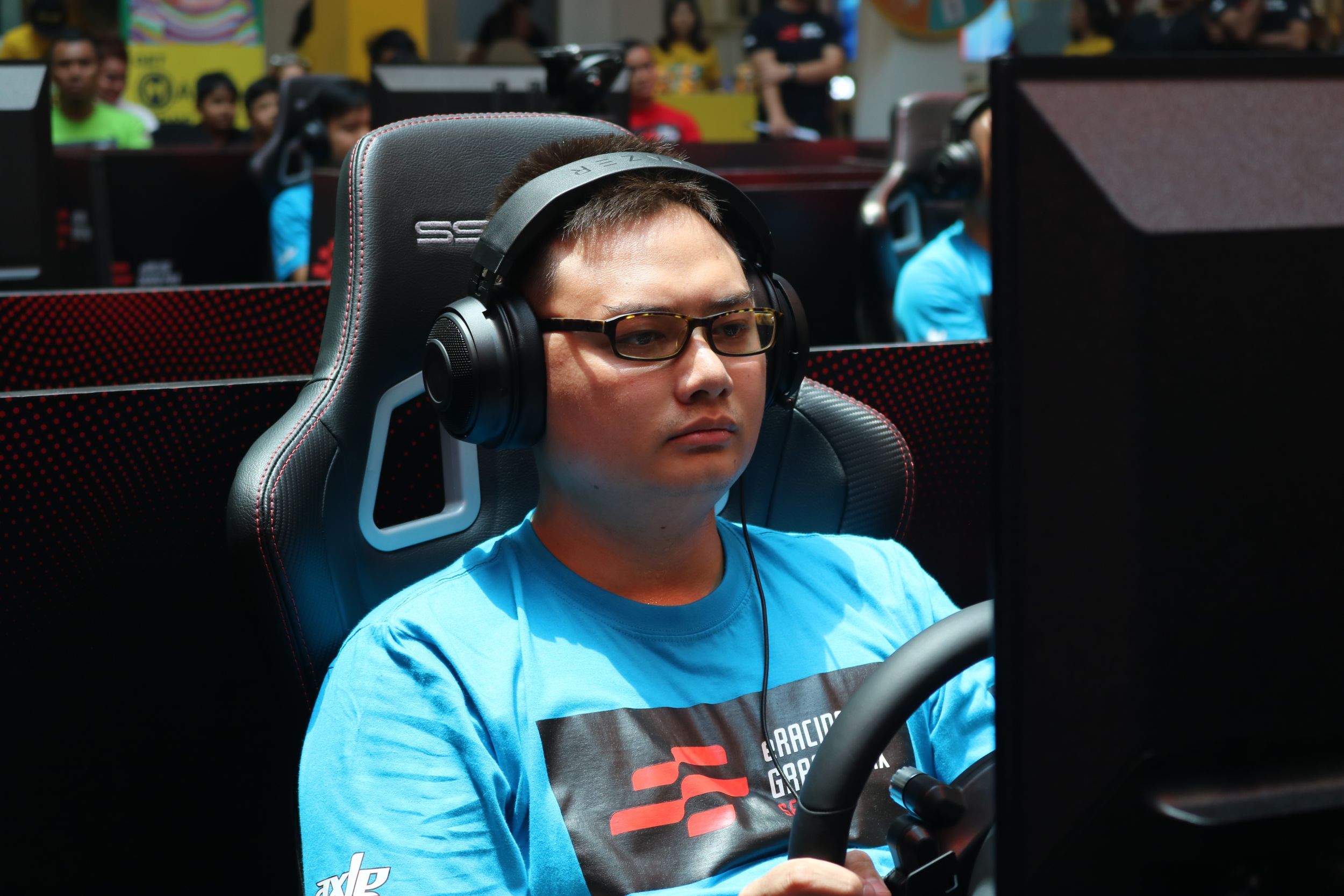 Out of the 45 drivers who took part in the eRacing Grand Prix SEA Semi-Finals last weekend, only the top 15 remain, who will be heading to the upcoming finals later this month. It is set to take place at the 3 Damansara Shopping Mall in Petaling Jaya from 31 August to 1 September 2019.

The 45 drivers whoÂ participated in the eRacing Grand Prix SEA Semi-Finals were divided into three groups (Red, Blue, and Green). Only the top five (5) of each group are advancing into the finals. 25-year-old Blue team finalist Mohammad Afif Suhaimi had this to say:

“I’m still new to this eRacing sport. I participated in this competition mainly to gain
knowledge from the other experienced racers.

Since joining eRacing, I have many new acquaintances, including many go-kart racers who have given me some very useful advice.

For a large scale championship like this, I would usually train an hour or two a day.

Normally, I would usually spend my leisure time playing video games with my friends at home.â€

After the finals, the eRacing Grand Prix SEA will then head to the Philippines, Indonesia, Singapore, Vietnam, and Thailand as their next stops where the winner in each country will be trained and offered a spot in the Formula 4 South East Asia Championship (F4SEA),

The F4SEA is an unmissable experience worth Euro $100,000, set to be the first step for the winners of each country towards achieving their dream of becoming a professional race car driver.

Hereâ€™s what former Formula 1 driver and Axle Motorsport founder Alex Yoong had to say about the competition so far:

“Throughout my observation, I was thrilled with the potential and talent showcased by the drivers, especially the top 15.

They displayed a solid race and I assume that the competitors have prepared well before their semi-final races.”

What’s interesting is that the eRacing Grand Prix SEA Finals will take place on the same weekend as Animangaki 2019 (head on over here to find out what’s in store at one of Malaysiaâ€™s biggest animation, comics, and games (ACG) events).