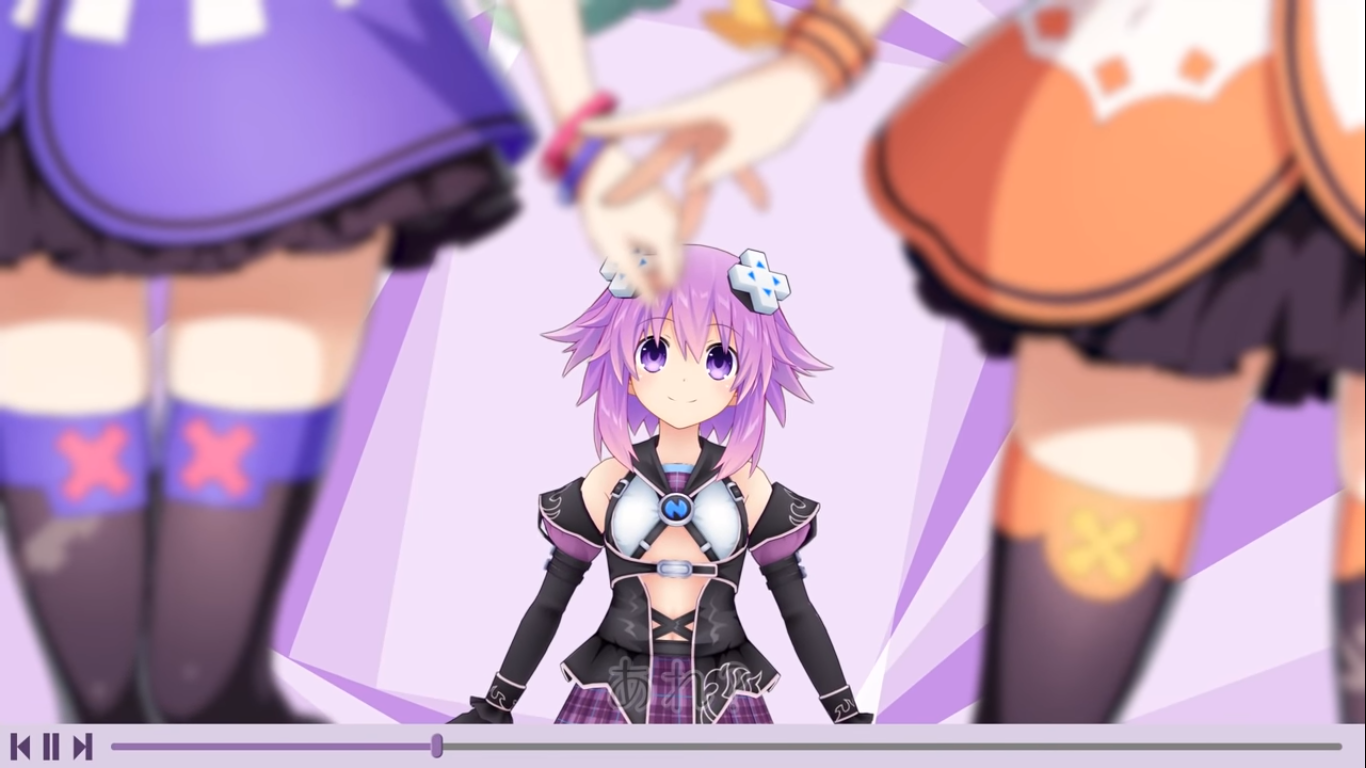 Japanese developer Compile Heart has announced VVVtunia, the latest spinoff in the Neptunia franchise. It is slated to arrive in Japan sometime in 2020, which will also be the franchise’s 10th anniversary.

The Neptunia franchise is a unique one in the oversaturated anime-esque JRPG landscape. Instead of fantasy or science fiction tropes, it decides to go the smart meta route, by featuring a world populated by nations and people that act as representations of real-world consoles.

The Neptunia games are set in a world called Gamindustri (game industry? Get it?), where there are four nations each ruled by a CPU or goddess, including Planeptune (Sega Saturn), Lastation (PlayStation), Lowee (Nintendo Wii), and Leanbox (Xbox). It’s essentially a world where a literal and actual Console Wars (that’s even what the conflict is referred to in-game) is taking place.

VVVtunia is a spinoff which will focus on the four aforementioned goddesses teaming up with the virtual idol group Mewtral to save the digital world â€œVirtual Land.â€ Mewtral consists of six idols, with only the first two confirmed so far, Yuu and Mii.

Instead of the traditional turn-based combat, gameplay in VVVtunia will be closer to a casual shooter of sorts, where the four goddesses will battle enemies while the new virtual idols can attack with their own combos as well.

It’s unclear when or if VVVtunia will receive a localized version for release outside of Japan. In the meantime, check out the teaser trailer for the upcoming game below, or head on over to the official website here.