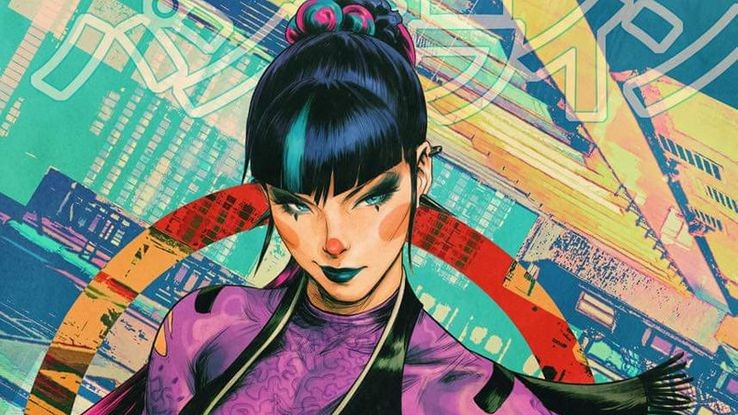 It’s been several years since Harley Quinn famously broke up with the Joker, after putting up with his abuse for so long. The Joker has remained single since then. Until now, that is. The Clown Prince Of Crime has seemingly found a new love interest in the form of the mysterious new character, Punchline.

DC Comics has confirmed that Punchline will make her historic single-panel debut in the upcoming issue of Batman #89 (James Tynion IV, Guillem March and Tomeu Morey) on 19 February 2020, before making her full appearance in Year of the Villain: Hell Arisen #3 the following week (James Tynion IV, Steve Epting, Javier Fernandez and Nick Filardi) on 26 February 2020.

James Tynion IV initially teased Punchline as the Joker’s new girlfriend back in January 2020, hinting that she will play a significant role in the upcoming Joker War story arc. She will receive the honour of getting her very own variant cover for Batman #94, drawn by Singaporean artist Stanley ‘Artgerm’ Lau (check it out below).

The synopsis for Batman #89 reads:

“Batman must stop Deathstroke from killing the mayor of Gotham City!

But to do so he has to figure out who ordered the hit in the first place.

If his four main suspects aren’t ‘fessing up to the crime, then is there someone even more sinister lurking in the shadows waiting to deliver the coup de grÃ¢ce?

Whoever it is, one victim will fall under their attack!”

It remains to be seen what deeper role Punchline will play in the DC universe, but I’m looking forward to her eventual and inevitable encounter with Joker’s ex, Harley Quinn. Now, that will definitely be a showdown of epic proportions.