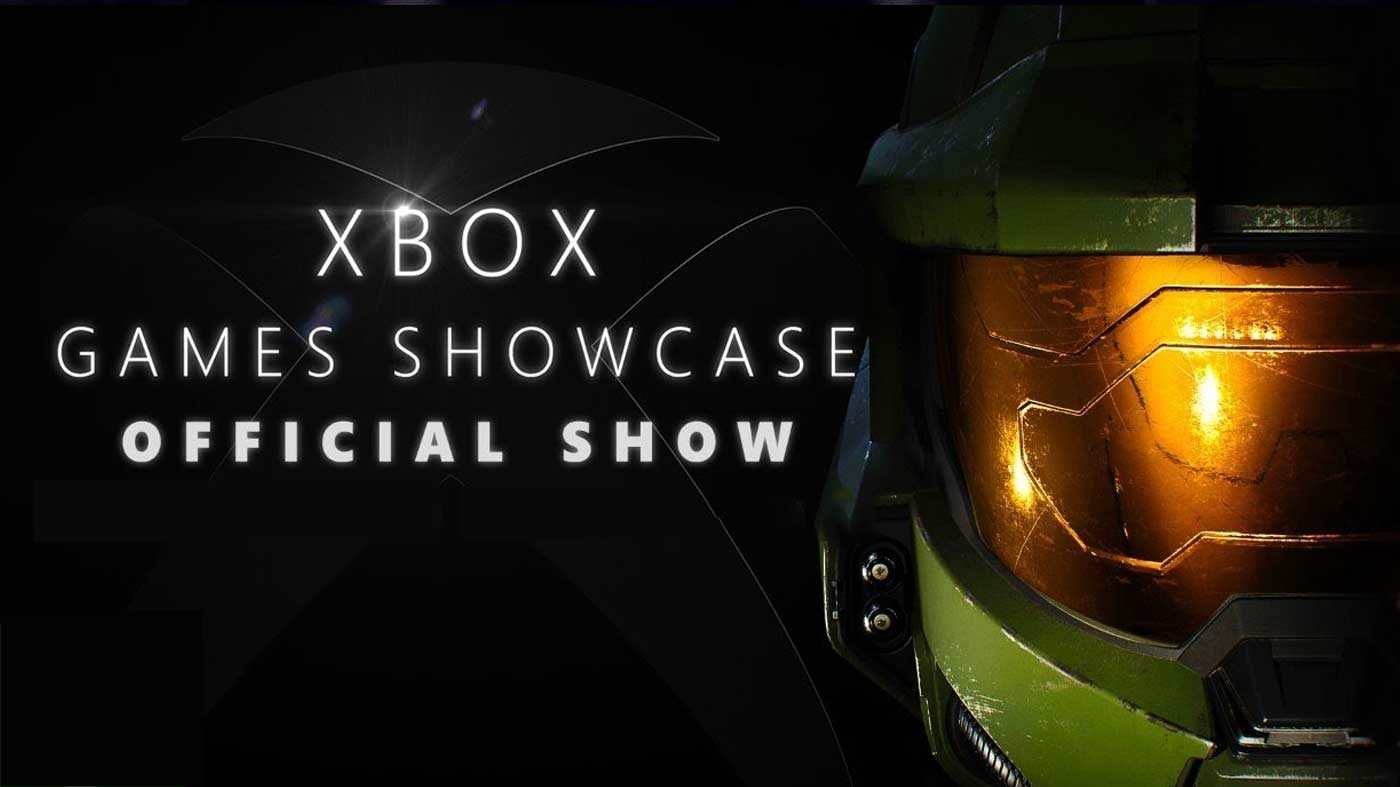 The Xbox Games Showcase live stream earlier today have given us more of what to expect from games coming to the Xbox Series X. The presentation showcased a bunch of titles includingÂ Halo Infinite and more.

Keep in mind that all of the games listed below are from both first-party and third-party developers, which means that some of them will also be released on other platforms like the PS4, PS5, Nintendo Switch, or PC as well.

Check out every game from the Xbox Games Showcase 2020 below:

The first Halo Infinite gameplay confirms the grappling hook, which can be used to grapple items and even enemies. Player will also have the freedom to explore the world map in the game, all in 4K and 60FPS. According to the devs at 343, this Halo game playground will be just as big as two Halo games combined.

Halo Infinite studio head Chris Lee revealed that this game will be the last standalone release for the franchise for the foreseeable future.

“Halo Infinite is the start of our platform for the future. We want Infinite to grow over time, versus going to those numbered titles and having all that segmentation that we had before. Itâ€™s really about creating Halo Infinite as the start of the next ten years for Halo and then building that as we go with our fans and community.”

For you multiplayer Halo fans out there, fret not: Halo Infinite will feature 4-player split-screen co-op/competitive, and Halo Reach levels of customization.

It is slated to release for the Xbox One, Xbox Series X, and PC in Holiday 2020.

Dragon Quest XI S: Echoes Of An Elusive Age – Definitive Edition is coming to Xbox One, Xbox Series X, Xbox Game Pass, PS4 and PC via Steam on 4 December 2020. It will also be the first-ever entry in the franchise to release on the Xbox platform.

This version of the game was previously exclusive to the Nintendo Switch, and it includes all the content from the original release, additional extra character-specific scenarios, the choice of playing with the original soundtrack or a grand orchestral version of the music, the ability to switch between 2D and 3D graphic modes, a Japanese voice-acting option, and more.

Exomecha is a brand new free-to-play online competitive first-person shooter that takes place in OMECHA, a new and untouched planet with exotic environments.

It will feature mechs, unique gadgets and abilities, and boss battles, as well as an immersive experience with team-based large scale battles, a unique battle royale game mode, and an objective-based game mode.

It is slated to release for the Xbox One and Xbox Series X sometime in 2021.

Echo Generation is a turn-based adventure game by Cococucumber coming to Xbox Series X and Xbox One sometime in 2021.

Hello Neighbor 2 is the sequel to the popular stealth horror game about sneaking into your creepy neighbour’s house. You play as a local journalist investigating missing-persons reports when you follow a series of clues leading you back to the abandoned house of The Neighbor.

The curtains have been lifted unveiling the all-new 3D action platformer created by the legendary creators Yuji Naka and Naoto Ohshima.

Twelve different tales await players in the bizarre and imaginary land of Wonderworld. As the star of the show, you can use powers from 80 different costumes while exploring labyrinth stages, filled with a myriad of tricks and traps to get to the heart of each story.

As you journey through this land between fantasy and reality, you must find a way to bring balance to others and yourself.

It is slated to release for the PS4, PS5, Nintendo Switch, Xbox One, Xbox Series X and PC via Steam sometime in Spring 2021.

Publisher Microsoft and developer Undead Labs have announced State of Decay 3 for the Xbox Series X and PC. If it’s anything like the previous entries, it’ll be an action-adventure survival horror game with multiple protagonists. And hopefully less bugs than the last game.

Publisher Microsoft and developer Turn 10 Studios have announced Forza Motorsport for the Xbox Series X and PC. Looks just like what you would expect from a Forza racing game, though it may have more options than your Gran Turismos.

Everwild is a brand new IP from developer Rare coming to the Xbox Series X and PC. Sure looks pretty, though we have no idea what kind of game it’ll be. Maybe an adventure game with multiple playable characters and some animal-saving/rearing mechanic ala Viva Pinata, but more dramatic & serious?

Tell Me WhyÂ is the latest narrative experience from DONTNOD Entertainment, the studio behind Life is Strange. Play as twins Alyson and Tyler as they use their special bond to unravel the mysteries of their loving but troubled childhood.

Set in beautiful Alaska, Tell Me Why features true-to-life characters, mature themes and gripping choices. Chapter One is slated to release for the Xbox One, Xbox Series X and PC on 27 August 2020.

Ori And The Will Of The Wisps

Ori And The Will of the Wisps is slated to release for the Xbox Series X in 120FPS 4K HDR form on Xbox Series X later in 2020. Check out our review of the game on PC and Xbox One here.Â

The Outer Worlds Peril On Gorgon

Peril On Gorgon is a new expansion DLC coming to The Outer Worlds for the PS4, Xbox One, Nintendo Switch, and PC on 9 September 2020. Based on the trailer, we might be getting an old-timey 1940s pulp action-kinda narrative and setting.

It is slated to release for the Xbox One and PC on 28 July 2020, as well as on the Xbox Series X later this year.

Publisher Microsoft and developer Obsidian Entertainment have announced Avowed, a first-person RPG set in the fantasy world of Eora, for Xbox Series X and PC. Imagine if Obsidian were to do what Bethesda couldn’t do with the Elder Scrolls games; that’s the vibe we’re getting.

As Dusk Falls is an original interactive drama from INTERIOR/NIGHT that explores the entangled lives of two families across thirty years. Starting with a robbery-gone-wrong in small-town Arizona, the choices you make will have a powerful impact on this epic story of sacrifice, betrayal, and resilience.

It is slated to release for the Xbox Series X and PC. However, a release date has yet to be announced.

This new gameplay trailer for Psychonauts 2 features none other than Jack Black himself singing one of the songs in the upcoming game. Also, new mind powers!

Developed by GSC Game World, S.T.A.L.K.E.R. 2 will release for the Xbox One, Xbox Series X, and PC as a console launch exclusive.

A release date has yet to be announced. So far, the first-person action-adventure game features a fully open-world The Zone to explore, a A-Life 2.0 system which influences the state of the world, characters and mutants even if the player isn’t present, and branching story with multiple endings. It’s essentially GSC’s biggest game to date.

Basically, it’s what the Far Cry games would be if they’re actually difficult and nerve-wracking. And with a post-apocalyptic palette. The first S.T.A.L.K.E.R. was a cult classic for a good reason: it’s an immersive and challenging survival game before games like Day Z, Don’t Starve, and so forth popularized that term.

Fatshark has announced Warhammer 40,000: Darktide for the Xbox Series X and PC via Steam. It will launch sometime in 2021. It’s essentially Warhammer: Vermintide -four-player co-op FPS action ala Left 4 Dead– but with a sci-fi 40K aesthetics. It’s essentially from the same team too.

Publisher Enhance Games and developers Monstars and Resonair have announced Tetris Effect: Connected for the Xbox One, Xbox Series X, and PC via the Microsoft Store, as well as the Xbox Game Pass and Smart Delivery programs.

In summer 2021, the multiplayer expansion will be made available as a free update to Tetris Effect for the PS4, Epic Games Store, and Oculus Quest.

Thunderful Publishing and developer Image & Form Games have announced The Gunk for the Xbox One, Xbox Series X, and PC (Microsoft Store) during the Xbox Games Showcase. It will launch in September 2021.

It’s looking like a sci-fi action-adventure game where you vacuum the titular gunk out of the environment.

The Medium is a next-gen psychological horror game, featuring never-seen-before and officially patented Dual-Reality Gameplay that plays out across two worlds displayed at the same time.

Discover a dark mystery only a medium can solve. Explore the real world and the spirit world at the same time. Use your psychic abilities to solve puzzles spanning both worlds, uncover deeply disturbing secrets, and survive encounters with The Maw – a monster born from an unspeakable tragedy.

Phantasy Star Online 2: New Genesis will be coming in 2021 for the Xbox One, Xbox Series X and PC. According to Sega, this is a brand new standalone game using the PSO2 moniker.

Developed by Remedy Entertainment and Korean developer Smilegate, CrossfireX’s single-player campaign for the still-being-played CS:GO Chinese clone is coming to the Xbox One and Xbox Series X sometime in 2020.

Fable finally returns with a new beginning for the legendary franchise. Developed by Playground Games, it is coming to the Xbox Series X and PC.

If it’s anything like the old Fable games, expect some hot third-person action-adventure open-world RPGing with moral choices and multiple endings. And possibly a chance to bite the head of a baby chick once again.Â A release date has yet to be announced.

You can watch the full Xbox Games Showcase presentation below:

Battleborn Is Shutting Down In 2021