Carrion Adds Nothing New To The Metroidvania Staple, But It’s Still Fun

Platform: PC
Genre: Metroidvania where you play as 1982’s The Thing

For the next 5 hours or so, you’ll be figuring out how to get out of the predicament you’re in, how to kill hapless scientists and soldiers without sustaining too much damage, and how to get to a certain section’s specific nodes to spread your biomass to open up a “main door” to get to the next section. Unlike most Metroidvania protagonists, you don’t have to worry about jumping or getting that one item to defy gravity: the biomass you control uses its appendages and tentacles to get around with no hassle.

You get bigger with each upgrade you get, signifying how heavily-armed the middle and later levels will be. Each of the mapped abilities you get are specific to each form you acquire: the carrion’s light mode can go invisible and use “spider webs” to push switches or incapacitate foes from a distance, while the medium mode can encase itself in keratine armour to roll through the opposition. Or just bull rush foes and break down specific barricades. 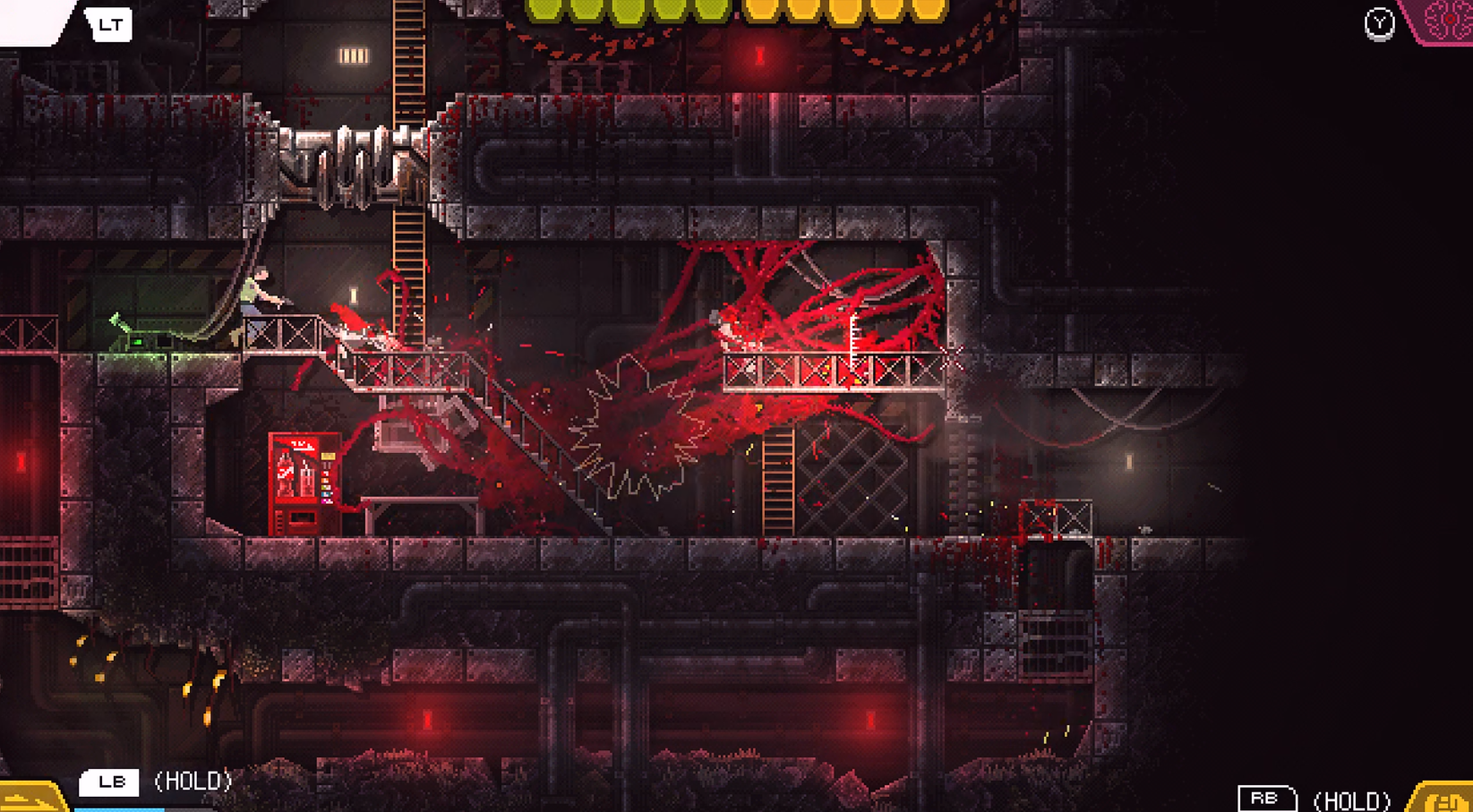 Just figuring out your powers, how they work, and using the semi-linear wide-open areas you’re in is just fun to do. There’s an underlying story beneath Carrion about the origin of the biomass, but the highlight here is obviously the power fantasy of being the 80s sci-fi horror attraction and committing digital human genocide. To that end, the developers did a good job.

What makes Carrion settle for what it’s aiming but not going beyond “great” and “stellar” is the pacing and level design, as well as how tough it is to confirm the creature’s “center” late in the game. For the former, the progression and scale are apparent, but the monotony does set in past the second hour while you’re still in your second form. Half the time, you’re spending more minutes figuring out if you’re on the right path or just going in circles.

It doesn’t help that the majority of the levels and underground palettes can make every stage look and feel the same, even with some moments like the underwater lab sections and the bits that showcase a jungle setting.Â Even with the echo-location ability from the get-go, Carrion needs a form of a mini-map, bad. 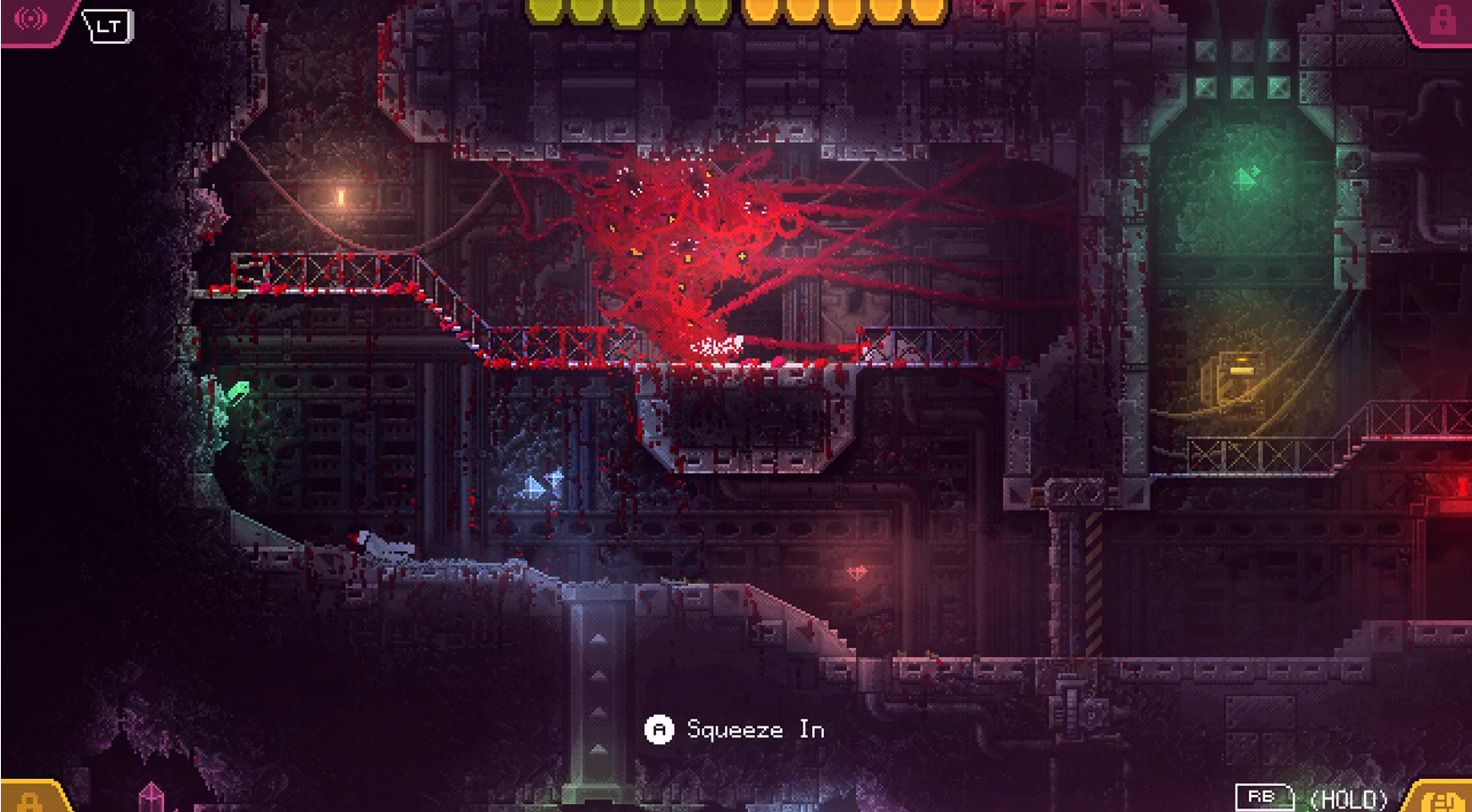 For the latter, the titular character gets pretty big to the point where its hurtbox is expanded and going through crawlspaces and passages can be a chore when you can’t figure out which is your biomass’ “head” and “tail”. This also means multiple playthroughs especially when you’re getting gunned down by mechas and turrets as you’re escaping to a vent.

Even with these foibles, that doesn’t change the fact that Carrion is a whole lot of atmospheric and tense fun. If you’re sick of playing victims in horror games, watching thrillers through the lens of a hapless protagonist, and instead just want to vent your frustrations on them, this role reversal of a game will sate your bloodthirst. 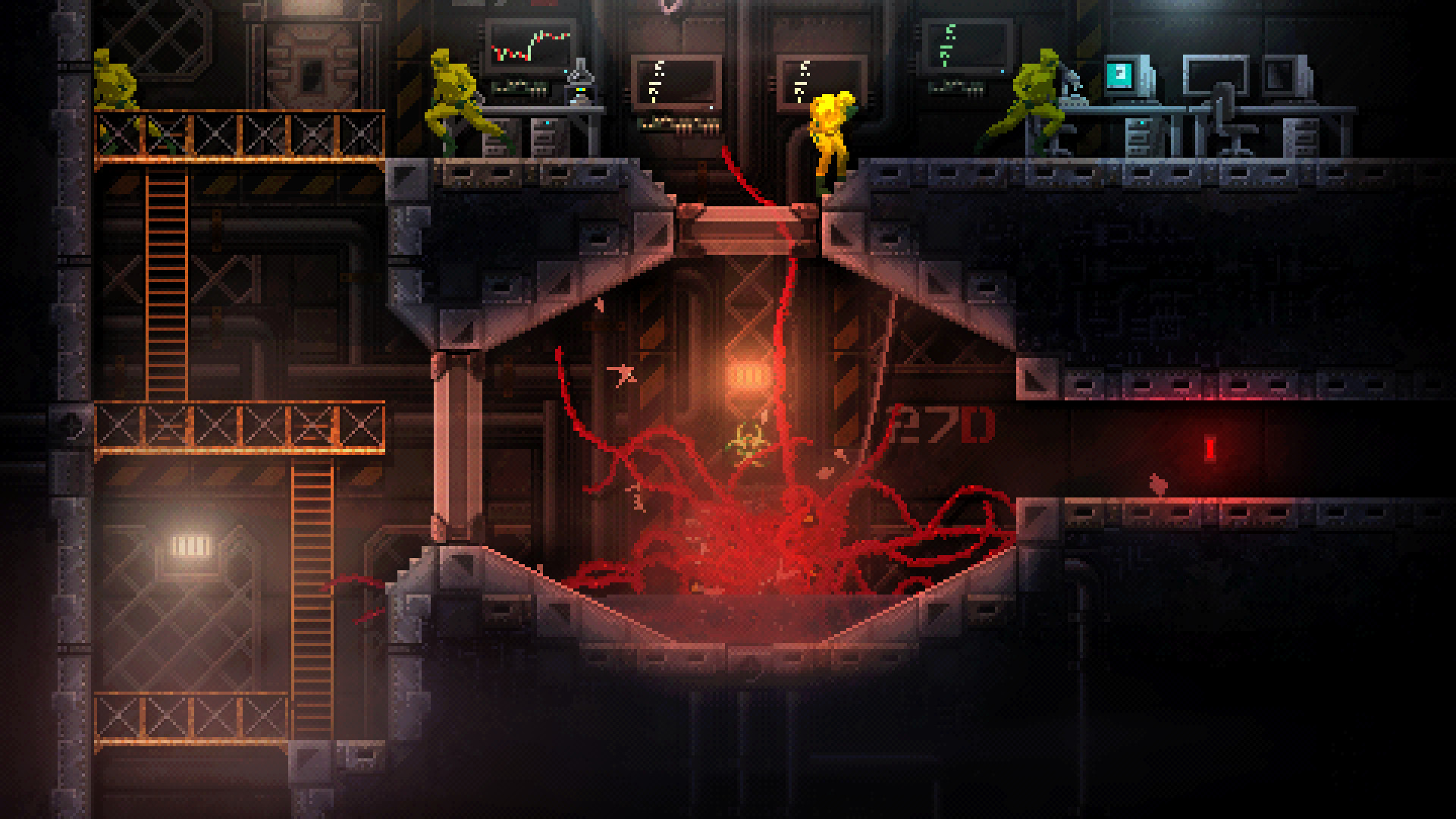 Update 20th August 2019: Pre-orders for the alt jersey are now open! You can read up on the pricing, sizing, and then order the jersey here. Check out...

Xbox Game Pass and PC Game Pass have a slew of new titles for this May 2022. Hope you like a ton of indie titles because that's what you're flooded wi...