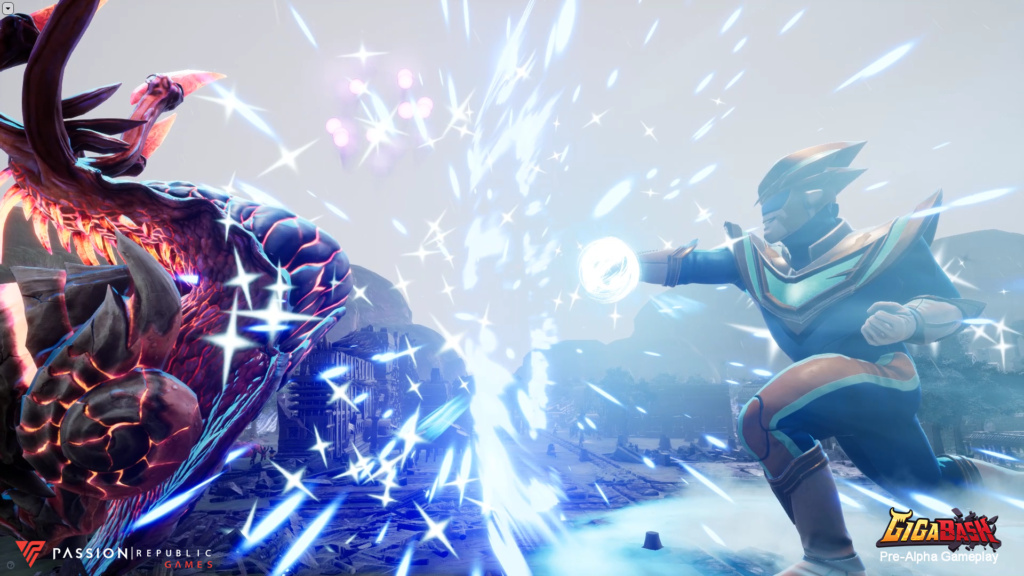 In the lore of the game, he is described as a lapsed ‘symbol of hope’ who has returned after 8 years of retirement and as a result, now looks more like fat Thor from Avengers Endgame.

Even his super move (see screenshot below) looks like Ultraman’s signature final attack. It’s a nice homage to the iconic Japanese tokusatsu hero.

GigaBashÂ features four players as giant monsters inspired by classic kaiju battling it out in cities and exotic places around the world. If youâ€™ve ever played 2003â€™sÂ War Of The MonstersÂ or any of the myriad Godzilla games during the PS2 era, youâ€™ll be familiar with its gameplay mechanics.

Gigabash is slated to release for the PS4 and PC sometime in 2021. In 2019, we named it the highlight of Level Up KL.

Create Your Own Fantasy Map With Wonderdraft