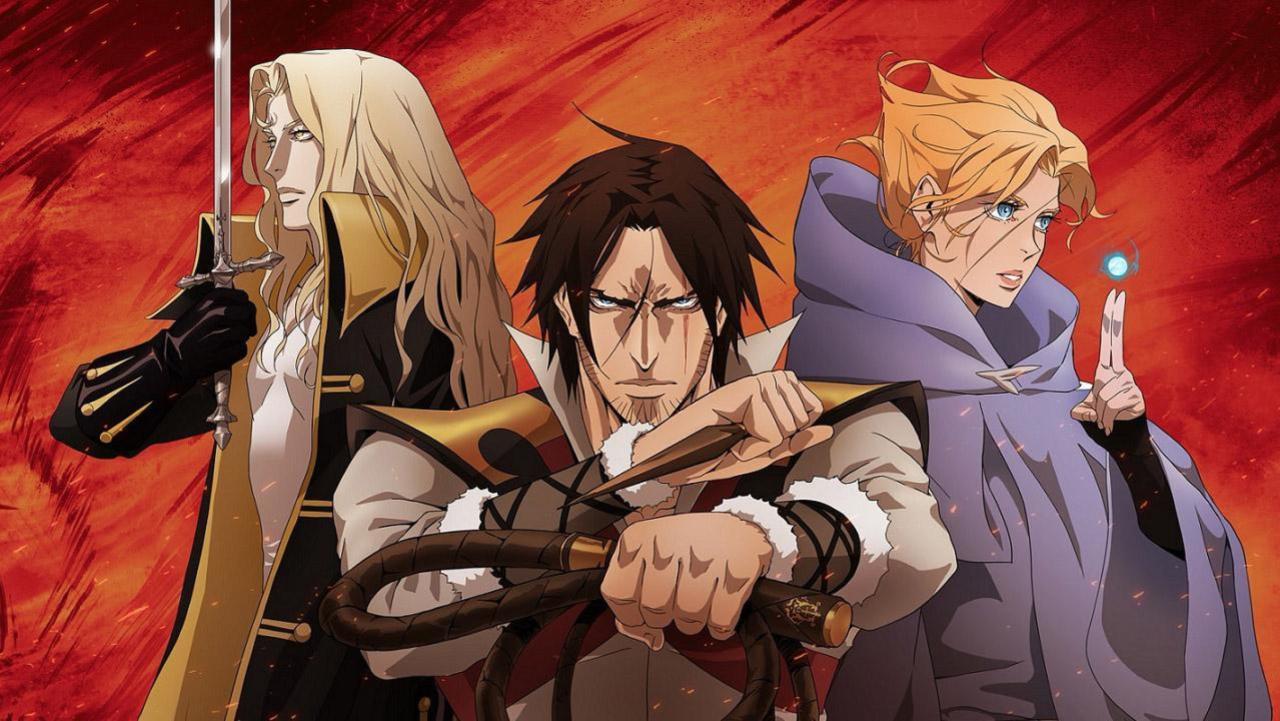 Half Metroidvania exploration, half 2D side-scroller: Order of Ecclesia married the two concepts and made a better version of Castlevania 2. The entire adventure revolves around a town you’re holed up in; as you complete quests you fill it up with citizens who help you out with tips and hearsay.

It’s the last Metroidvania Castlevania that does a great job blending both the new and old aspects of the franchise, probably marred by its crazy difficulty curve.

The reason this Megadrive entry is incredibly high up on the list is because of its outlierÂ  status.Â At heart, this is pure, classic whip-and-jump (and spear and jump) Castlevania action at its best with a few groundbreaking changes.

The adventures of John Morris and newcomer Eric LeCarde (a series’ first; a second new playable character at the start) helped pave the way for the likes of Alucard in his then “next-gen” debut. Not only that, the globetrotting scenario helped break the series free from the environs of Draculaâ€™s castle.

Add to that some stunning music from Michiru Yamane and creative level designs that incorporate hardware-pushing tech tricks in a meaningful way and you have a forgotten Castlevania that merits rediscovery.

This 1989 NES gem emphasizes on choice: a rarity in 2D gaming back in the day. Protagonist Trevor Belmont can travel one of several different paths to the end of the game, and he can team up with one of three different vampire hunters for help tackling Dracula … though pro players may elect to go it alone for that extra challenge.

The addition of partner characters opens up both new combat tactics as well as new ways to navigate the castle, giving an already expansive adventure more replay value -itâ€™s roughly three times the size of the first Castlevania.

A true high point for 8-bit gaming, Draculaâ€™s Curse remains exceptionally playable nearly 30 years later. Also, do try to play the Famicom version with the special FM chip; the music on that version is way superior to the NES version.

Made in 1993, this is hands-down the best 2D semi-linear Castlevania game in the franchise. It offers short-but-sweet platforming action that will test your skills to the fullest, awesome graphics and music, and branching paths for attentive players who dare take alternate pathways. There’s a ton of great action moments crammed in this PC Engine title; it wowed us back then and it still impresses up to this day.

It’s only bested by the final two games on this list because we now associate the Castlevania games as open-ended non-linear map-driven experiences. Even so, this entry has every other game beat in balancing tough challenges with precise controls and awesome-looking action setpieces.

2. Castlevania: Symphony of the Night (PlayStation)

Don’t act too shock seeing this PS1 classic in every top 5 Castlevania games list and feature; it damn well deserves to be here. This 1997 title singlehandedly defined an entire genre of games up until now. Indie game devs have SOTN’s blueprint to thank.

Drawing equal inspiration from landmark action RPG titles like Zelda II and Metroid, Symphony worked as a love letter to a decade of Castlevania adventures, a rousing defense of 2D graphics and gameplay in the face of an industry-wide shift to 3D, and a rich new evolution of platform gaming in its own right. This trifecta of trendsetting proportions features surprisingly deep simple jump-and-slash action thanks to the integration of role-playing and inventory systems.

“Dated” 2D graphics felt vital and contemporary thanks to the inclusion of loving details and subtle, cutting-edge effects. The soundtrack used the CD format to elevate the audio standards of a series already renowned for its killer music. Its only flaw is its underwhelming difficulty, but that’s part and parcel for a Metroidvania title.

P.S: Avoid the Sega Saturn version at all cost.

Symphony of the Night revived the open-world 2D gaming genre (Super Metroid was first, FYI) and made it a viable game design template for many. However, Igarashi’s Game Boy Advance work succeeded the PlayStation classic on a lot of counts.

Granted, Aria of Sorrow didnâ€™t begin to compare to SOTN in terms of tech â€” thatâ€™s a tall order for the humble Game Boy Advance â€” but both its game design and its narrative leave all the other Metroidvania chapters of the series in the dust. Aria brings the series forward into the future, positing a final decisive defeat of Count Dracula in 1999 â€” an event whose fallout drives the story here.

The plot, in turn, feeds into the core game mechanic, which allows hero Soma Cruz to capture the souls of defeated monsters and harness their powers as his own. Likewise, the castle here is perhaps the most interesting layout in the entire series, introducing tons of new enemies to deal with and giving players ample incentive to experiment with Somaâ€™s newfound powers.

Itâ€™s a clever, replayable game that makes the most of its premise and setting despite the modest hardware that powers it. Adding to that, the game’s soul mechanic made Igarashi take that idea and implement it in a fleshed-out manner in his brand-new game that came out this year.Â

START FROM THE BEGINNING