This week’s going to be a big one for Destiny 2 fans; the Deep Stone Crypt Raid is available for play right now. It already has its World’s First teams who finished it around 5 hours, but that doesn’t mean you shouldn’t take a shot at it.

After all, the best loot is usually in these 6-man missions. For Destiny lore hounds, you’re essentially going to the original source of the Exos race.Â Here’s how to complete the Deep Stone Crypt (via Reddit’s Destiny 2 raid thread).

Just like previous Raids, this one is divided into Encounters: there are 4 main ones to keep note. We’ll go to each bit one by one, but first:

These roles are present in each encounter, with Suppressor being available only in the 3rd and 4th encounter. After the 1st encounter, every role can be taken by picking up an item dropped by an Operator Vandal, a Hacker Vandal, or Suppressor Vandal. These unique bad guys drop the Operator, Scanner, and Suppressor role respectively. 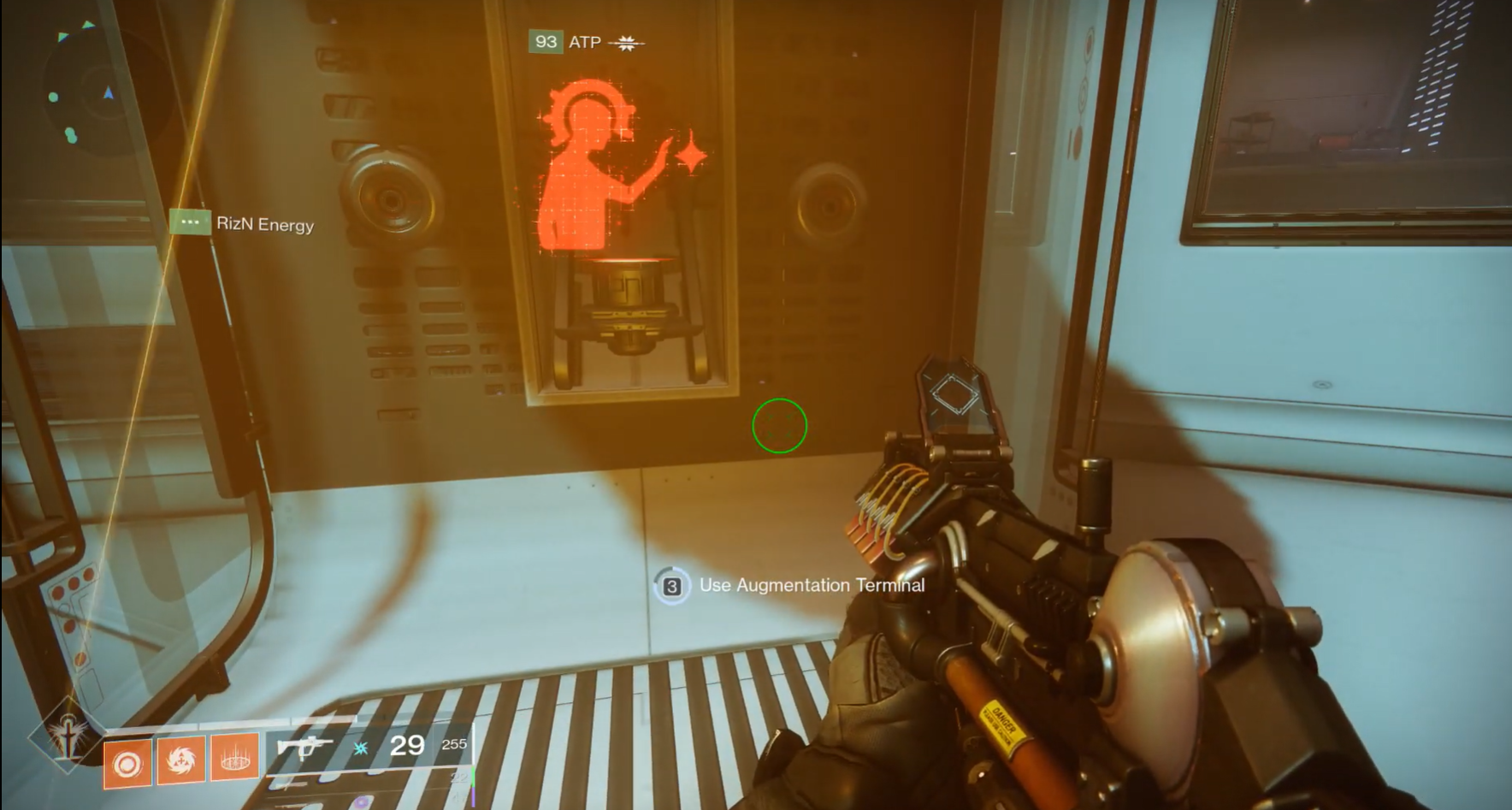 The Operator is indicated by a red icon. Their main purpose is to Operate as they can shoot various raid mechanics to trigger various effects. 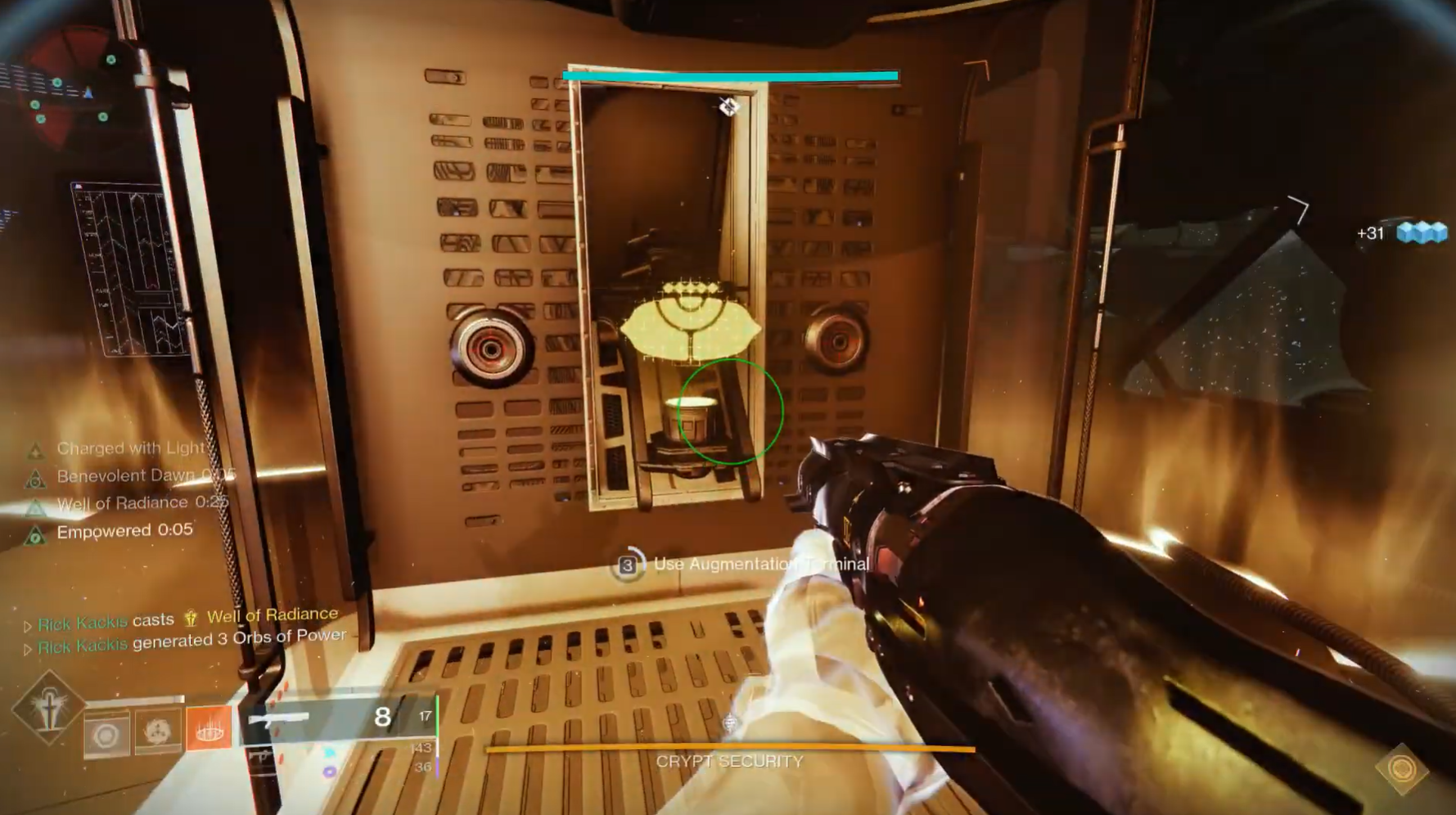 The Scanner is indicated by a yellow icon. Their purpose is toÂ ScanÂ and determine which elements in an encounter are relevant to the team in order to succeed.

The Suppressor is indicated by a blue icon. Their purpose is toÂ SuppressÂ by stunning the bosses in the 3rd and 4th encounter, enabling the rest of the team to proceed with the encounters’ mechanics. 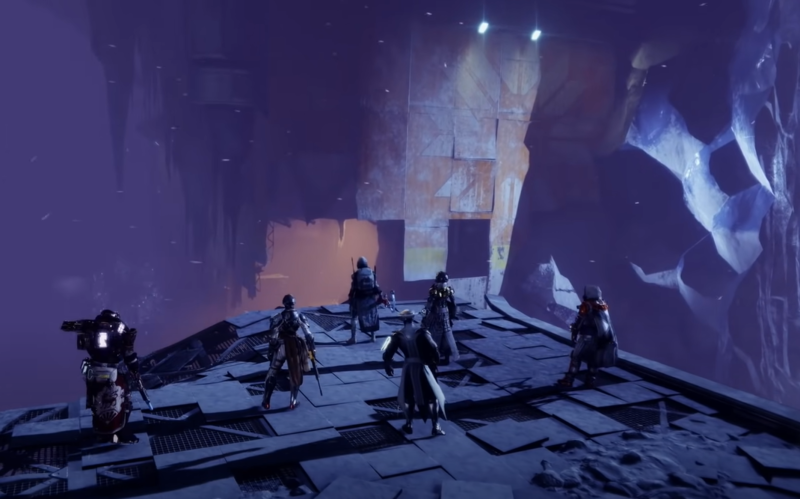 The raid starts out in Eventide Ruins. Head straight ahead via your Sparrow, clear the ads, and proceed through the door. You will eventually enter Desolation after a small airlock. You can use the Pikes if you want.

This intro section will teach you about the Raid’s heat bubbles which serve to shelter you from the blizzard. Your team must navigate between these heat bubbles to stay alive and reach the end of this area.

Standing in the blizzard grants you theÂ Frostbite debuff, which stacks up to 10x. If it reaches that high, you die; simple as that. You can prevent this by entering the heat bubbles, granting you the Shelter from the StormÂ buff, and slowly removing your Frostbite stacks.

Clear the ads around each bubble as you progress. You can choose toÂ Transmat in the centre of the safe bubbles, which will send you back one checkpoint if you need to help your teammates.

You will fight a few Brigs defending the final bubble. After that, you’ll approach a small airlock that opens to a series of tunnels that lead to Restricted. Continue making your way through these until you reach the entrance to the Deep Stone Crypt. Take a right inside, and you will reach the first major encounter. 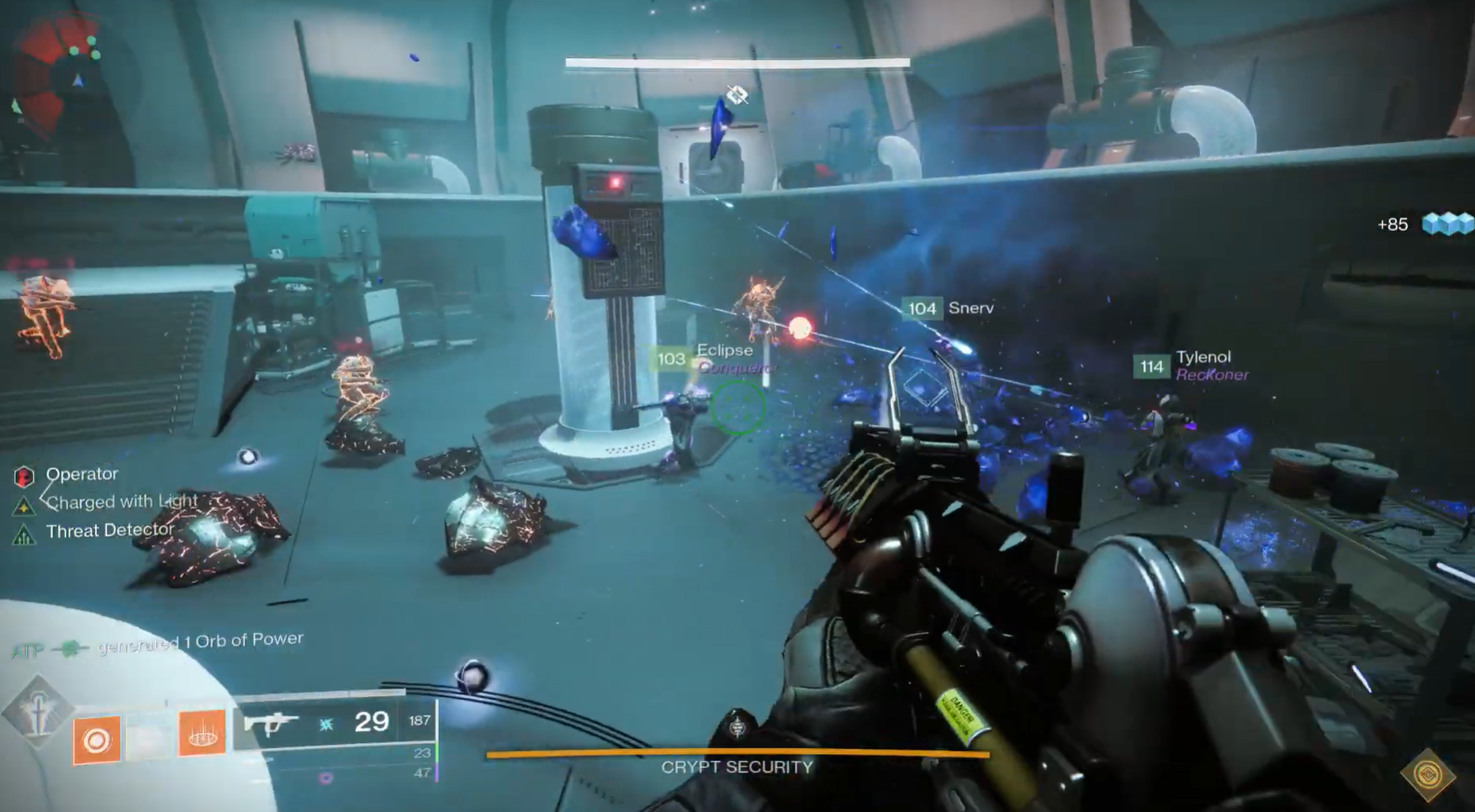 This encounter revolves around the idea of having your Operator in the basement shooting keypads while Scanners up top guide them.

The room is split into 3 sections: Light (lit side), Dark (unlit side), and Below. Light and Dark each have 4 windows which allow players in either to view keypads below.

Start the encounter by having your chosen Operator pick up the buff from one of the Augmentation Terminals.

This is how the encounter is played out:

Once you’ve cleared the encounter, a door on the Dark side will open to lead you to the next encounter. 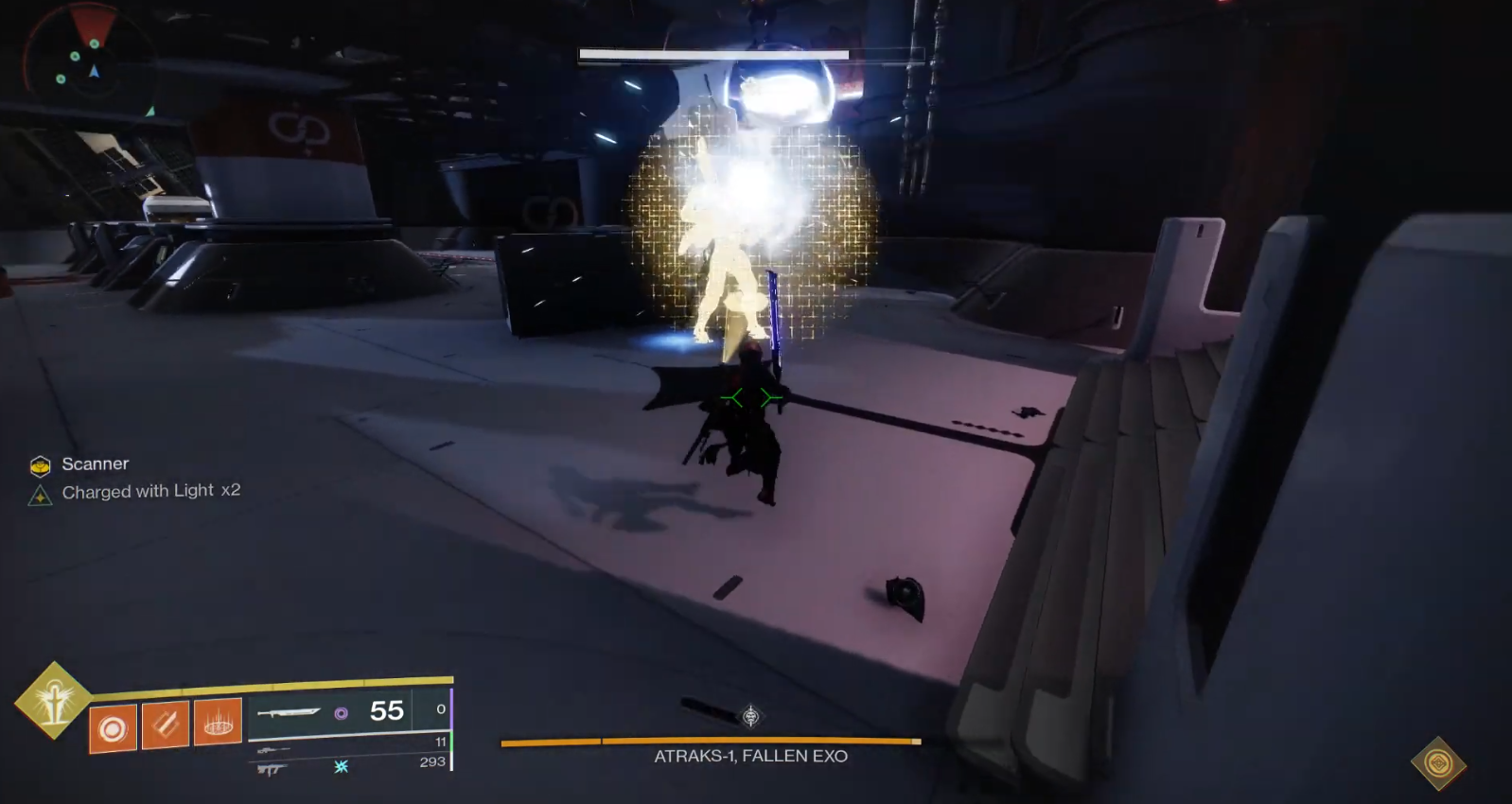 This encounter revolves around juggling the Scanner role to determine which Replicant of Atraks-1 to shoot. It takes place in 2 distinct areas: Ground, and Space. A majority of the encounter takes place in Space, with 4 airlocks to evacuate Replicants, as well as where the final stand takes place.

You need to decide on 2 teams of 3, a Ground teamÂ and aÂ Space team. The encounter starts once somehow walks through the orb at the opposite side of the room from the entrance. Here’s how the encounter plays out: 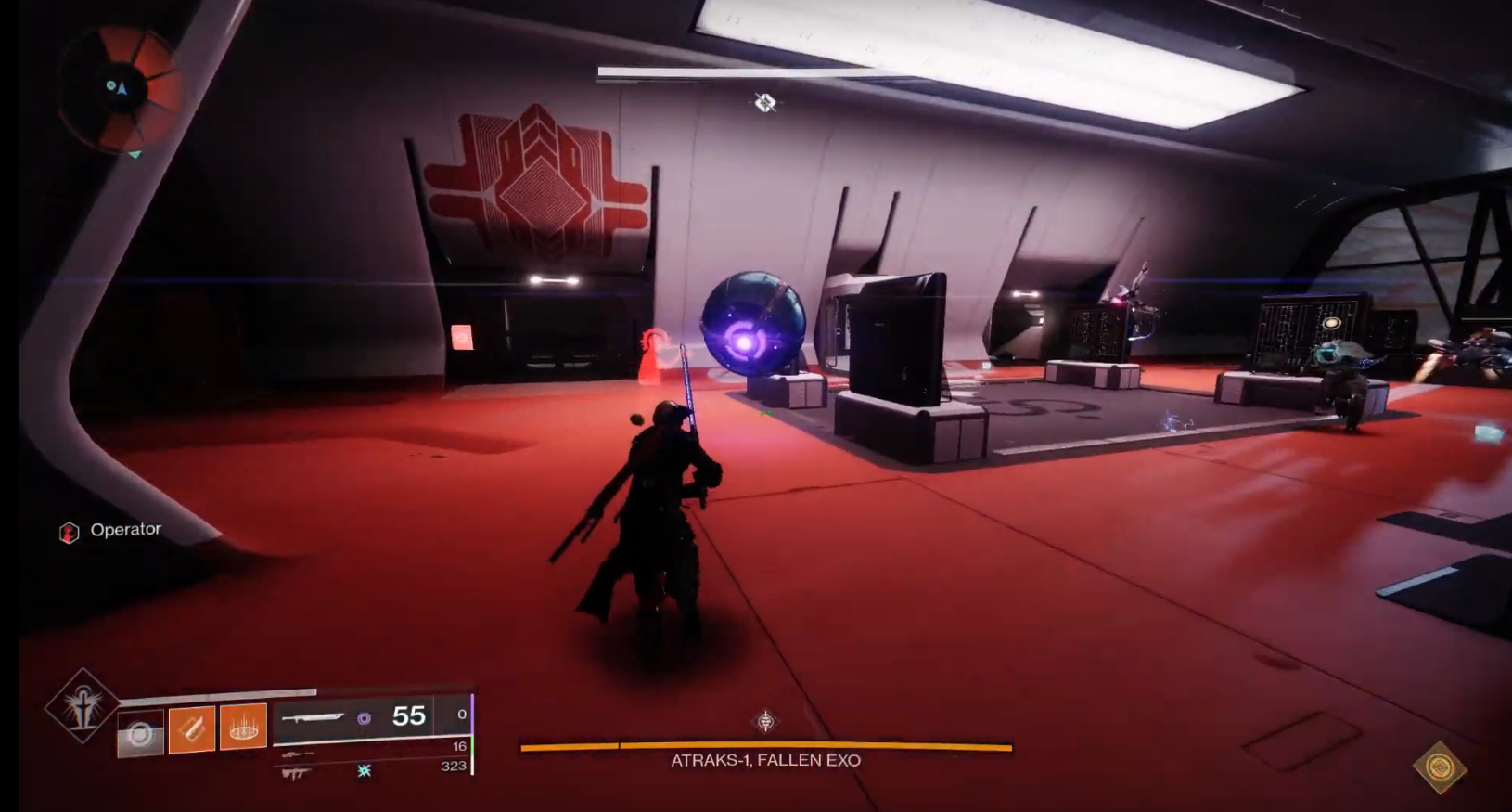 The Operator must always stay in Space.

A door to the right in Space will open once the encounter is cleared, to allow you to progress further into the raid.

This mid-encounter transition features a jumping puzzle with some combat. Make your way along the catwalks to the other side, killing ads along the way. Clovis AI will spout Destiny 2 lore stuff, all to some exquisite music. The 2nd Hidden Chest can be found here, along the left side of the area, underneath some large fans. 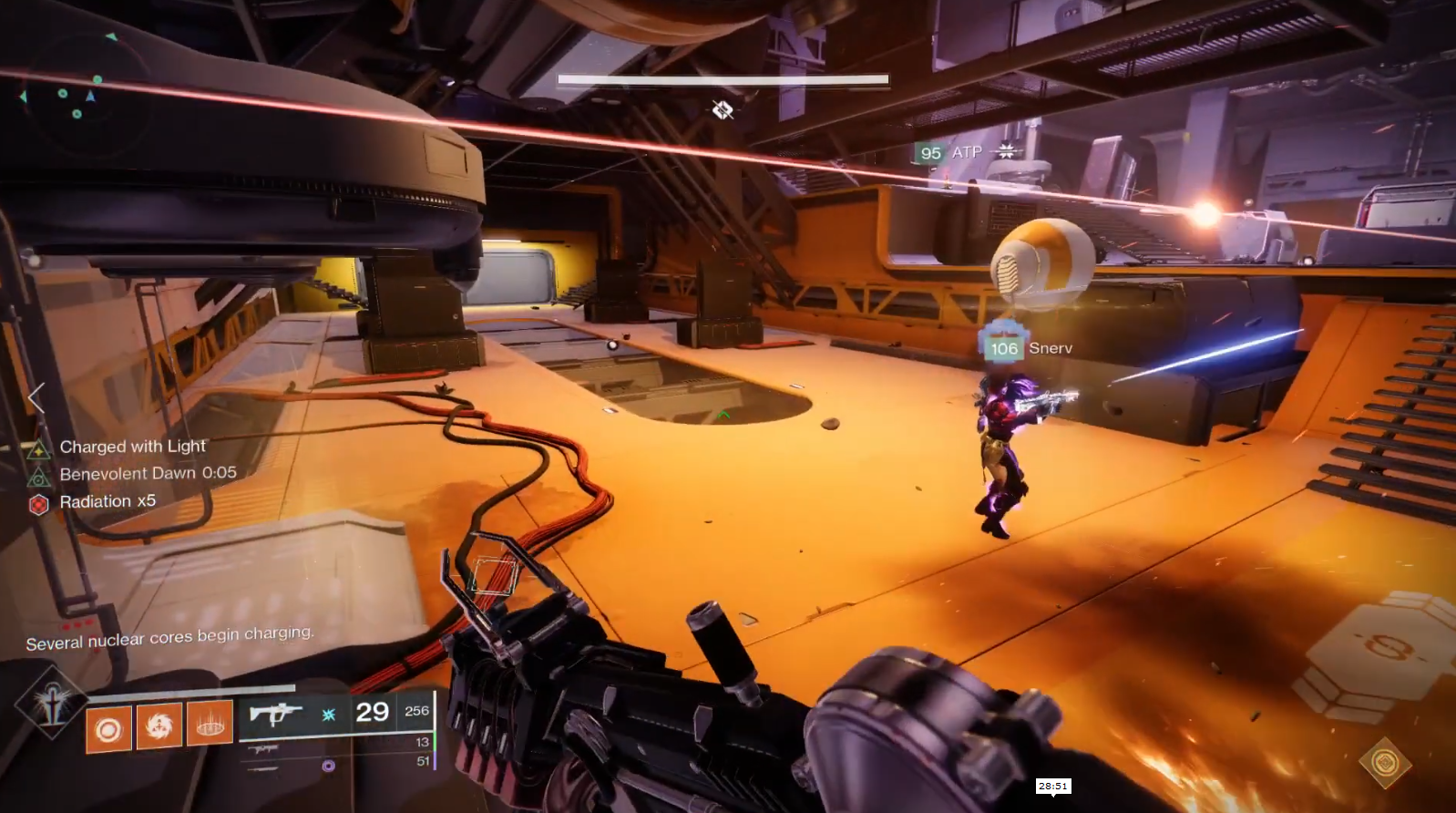 This is the first encounter that now introduces theÂ SuppressorÂ role. While the purpose of the other two roles is generally the same, there are yet again some differences.

This encounter revolves around juggling Nuclear Cores which give a debuff in order to deposit them and increase the progress of the encounter, no real phases here.

The encounter goes as follows:

All roles may have to switch with someone else throughout the encounter, as clearing a set of Nuclear Cores will disable the Augment for a random player.

Shoot the keypads next to the Core Dispensers to spawn 2 Nuclear Cores for your team.

Check which 2 Deposit Bins in the centre of the room are glowing, and call them out to your team.

The encounter is cleared once the Station crash lands on Europa. The loot chest is available in the wreckage to the left. 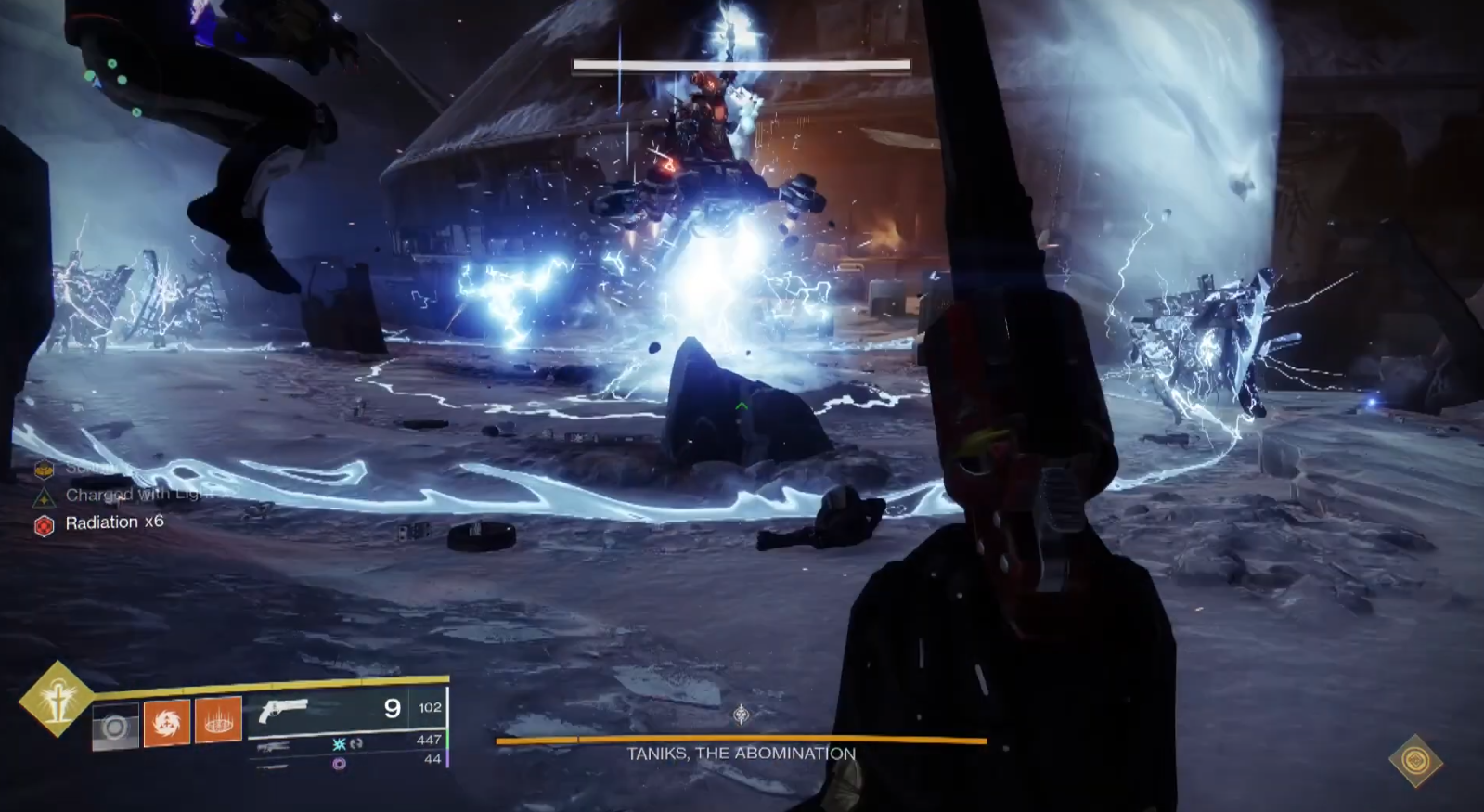 The final encounter of the raid. It shares the exact same mechanics to the last encounter for the most part, with some slight added complexity.

The arena is split into 3 sections:Â Spawn, Blue, and Orange. Each section as 2 Deposit Bins like the previous encounter, one to the left, and one to the right, along with 3 Security Drones.

Run near or shoot the piles of debris in the centre of the arena to start the Encounter. Here’s the breakdown:

Shoot the Detention Sphere (purple) when a player gets trapped to free them, while keeping your distance from Core holders, as getting trapped yourself is guaranteed death.

Check all Deposit Bins around the Arena for the 2 that are glowing yellow, and call them out to your team.

Stand beneath the 3 Security Drones that activate once the 3 Cores are held to stun him and allow depositing.

Deposit your Core in one of the glowing Deposit Bins that your Scanner calls out, and switch with someone else if your stacks ofÂ RadiationÂ near 10x.

The final chest will spawn in the Orange section once the encounter is completed. This chest is unique in that you can choose your reward to receive from it, as well as payÂ Spoils of ConquestÂ to buy a Crypt Cache that contains your desired loot.

Apart from a cutscene that expands on Destiny 2’s lore, you will get the following:

New quests from The Stranger and Variks + Eclipsed Zones

Thanks to the debris from the Morningstar crash, previous zones in Europa will now have debris falling down. The new missions you get from The Stranger and Variks will net you Legendary rewards.

You can start the Exotic Quest by visiting Banshee-44. To find out more about the new loot, head to our Destiny 2 Beyond Light loot guide.Â

Here's another milestone for the Final Fantasy 10 or Final Fantasy X series; you know, the one with Tidus, Yuna, all the death and ghosts, the Sphere ...

News
New Battletoads Will Be Out This August For Xbox & PC

Miss the old-school challenge of Battletoads back in the day? Well, you can try out the 2020 Battletoads exclusive for Xbox One and PC. Players can c...

News
Psychonauts 2 Made With "No Crunch"

In a long line of developers announcing that they're doing their best in not overworking their employees when making hit games and large triple-A titl...