The Resistance Strikes Back: Star Wars The Rise Of Skywalker D23 Trailer Breakdown

Disney has unveiled the new trailer of Star Wars Episode IX: The Rise Of Skywalker that was initially shown at the D23 Expo last weekend. The first half of the trailer is essentially nothing but scenes and callbacks to all the previous eight movies in Star Wars canon, while the second half is packed with all the good stuff.

The Resistance Strikes Back

We see the New Trilogy tag team of heroes finally reaching where it was they were heading to at the end of Star Wars Episode VIII: The Last Jedi, as they were fleeing from the planet Crait and the First Order.

At an as-of-yet-unknown desert planet location, they’re greeted by an army of Resistance fighters, presumably recruited by those who went beyond the Outer Rim fringes of the galaxy. After watching the Resistance getting their asses handed to them in the last two movies, it will be nice to see them finally doing some actual fighting and ‘resisting’.

However, this triumphant moment is cut short when a shot of the new Resistance fleet is then followed by an entire armada of Imperial Star Destroyers.

What’s interesting here is that these are NOT First Order Star Destroyers, but they are indeed the Empire’s Star Destroyers. The first Star Wars Episode IX: The Rise Of Skywalker trailer already teased the return of Emperor Palpatine AKA Darth Sidious.

The question is: If he did return, how has he amassed a massive number of Star Destroyers when the Empire is broken and no more? That’s not even asking how is he even still alive after falling to his death on the second Death Star in Star Wars Episode VI: Return Of The Jedi. 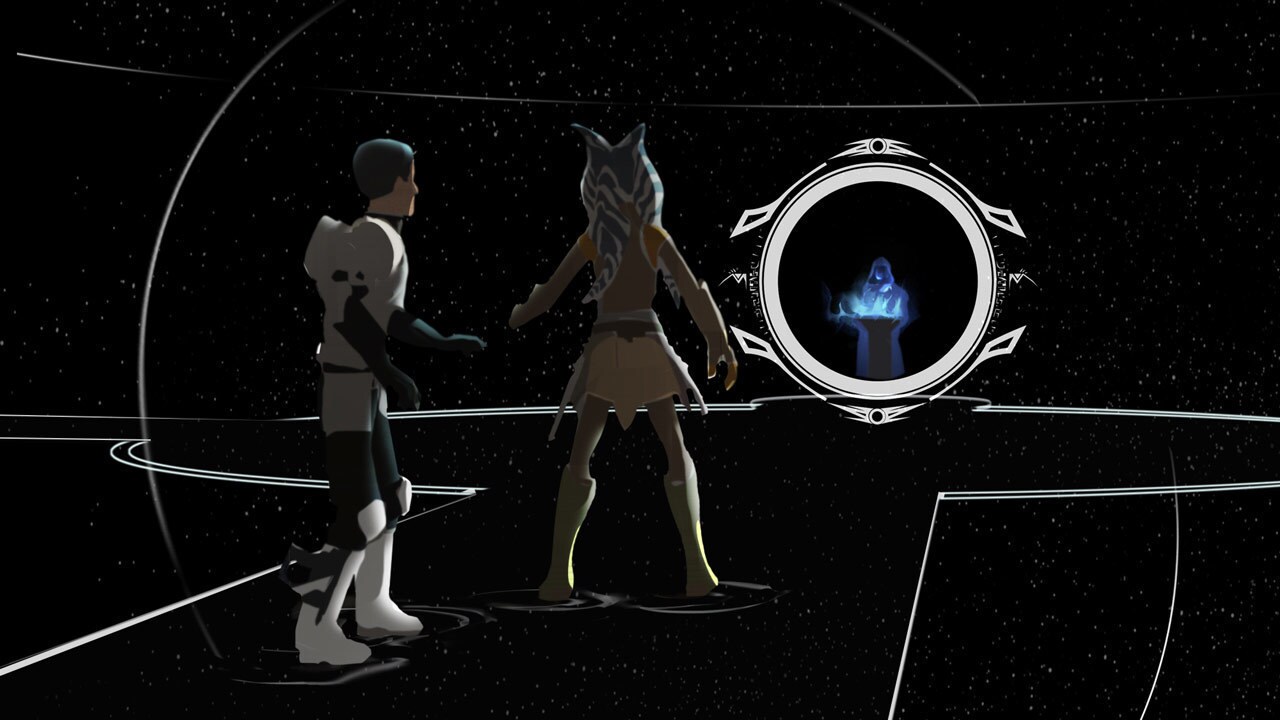 Ezra Bridger and Ahsoka Tano facing the astral projection of Emperor Palpatine in the World Between Worlds.

There might be time travel involved, as the final season of the Star Wars Rebels animated series introduced the concept into franchise canon. In the thirteenth episode of the final season, protagonist Ezra Bridger saved Ahsoka Tano from dying at Darth Vader’s hand by pulling her into the World Between Worlds, a dimension that exists outside of time and space but linking all moments in time together at the same time.

This act proved that time could be manipulated and altered in the Star Wars universe. In the same episode, Emperor Palpatine himself could project an astral form into the World Between Worlds but he needed Ezra’s help to physically enter. His plans were foiled when Ezra retaliated against him and destroyed the portal.

It could be possible that Darth Sidious did somehow find another way into the World Between Worlds, and used it to transport himself into the future. If he had access to it, he could have amassed a secret Imperial army and stayed alive all this time without anyone knowing.

The trailer ends with a bombshell revelation, as we see an evil-looking Rey in a hooded Sith cloak wielding a double-sided lightsaber similar to Darth Maul’s. Does this mean that Rey has gone to the Dark Side? Possibly, though I have a few other theories.

Star Wars Episode IX: The Rise of Skywalker is slated to release on 20 December 2019. In the meantime, check out the D23 trailer below.

News
PES Has Been Rebranded, And Is Now Free-to-Play

Say goodbye to PES. It's no more. Well, in name, at least. Just like how football clubs shuffle their players in order to gain that sliver of an ed...

The PlayStation 4 is more than just a gaming console; it's a media box which can be a substitute for many other forms of entertainment. By now you are...

Thunder Match Technology Sdn. Bhd. (TMT) has announced the opening of the the fifth TMT Megastore at Pavilion Bukit Jalil, which brings the total to 4...