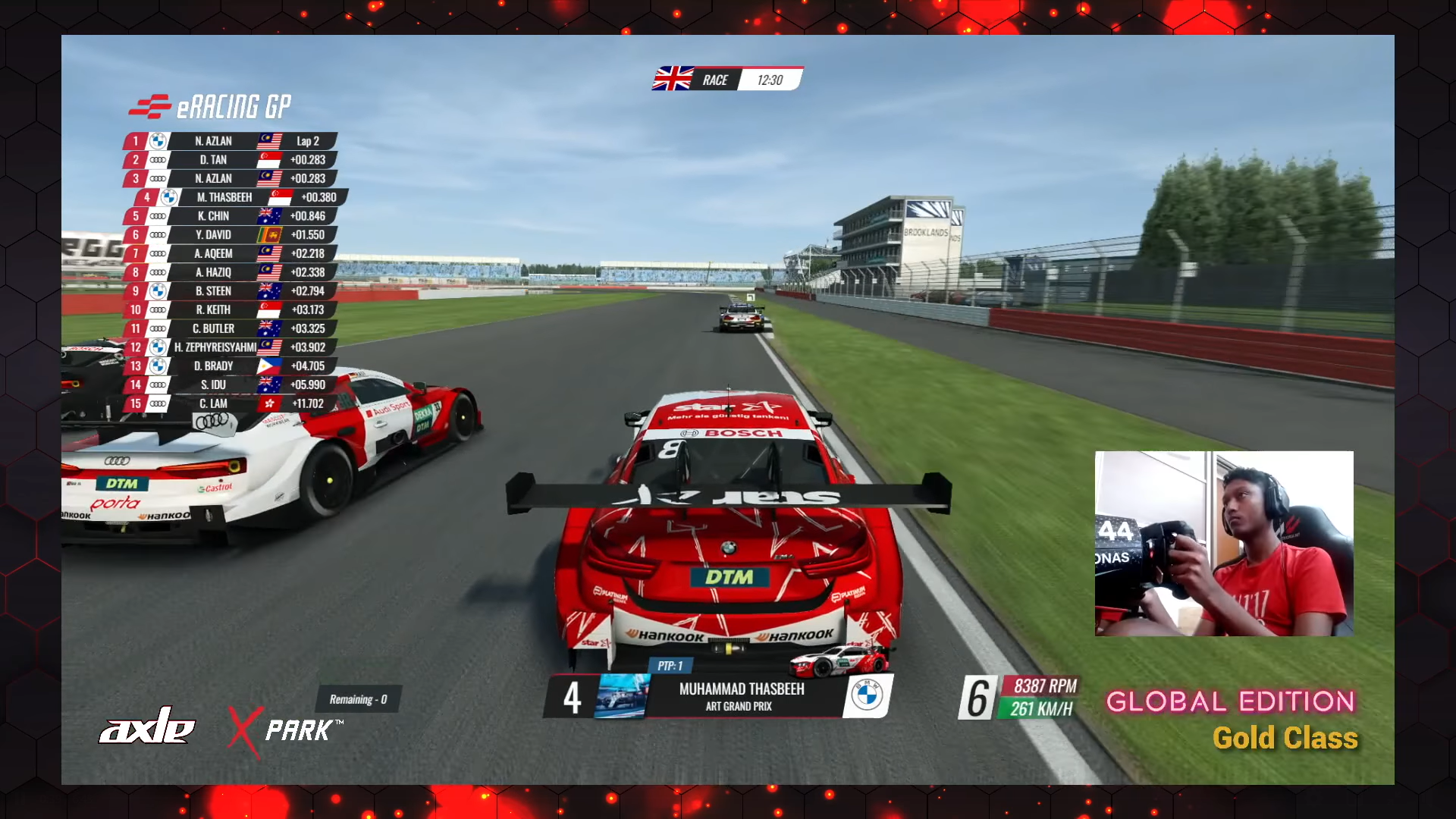 eRacing GP will be running Asiaâ€™s first 12-hour simulator race this weekend with Round 1 of their 2021 Endurance Edition. Drivers will take on the Circuit de Barcelona-Catalunya in GT3 and GT4 cars.

Gold and Silver class drivers will be in the GT3 cars, which will reach speeds of 270kph. The GT4 cars will consist of Bronze and Copper drivers, and although these cars are slightly slower than their GT3 cousins, the racing will be just as fraught.

It is a multi-make championship and there will be 37 supercars lining up on the grid for the race which will kick off on at 12pm GMT+8 on Saturday, 16 January 2021 and end at 12am GMT+8 on 17 January 2021. Fans can watch all the action on a live stream on eRacing GPâ€™s Facebook page.

Entities are made out of three to four drivers per car. Driver swaps will normally happen at the end of each stint, which could be as long as 75 minutes.

Most of the drivers and teams are from around the Asia Pacific region. The starting grid will feature the reigning eRacing GP Teams Cup champions, Sim Racing Pilipinas, in cars 1 and 2.

We also have Singaporean top sim racing team, Legion of Racers, who have GT World Challenge Asia Champion, Andika Rama from Indonesia, in an AMG Mercedes. In their other entry, they have chosen eRacing GPâ€™s Global Edition 4 Champion, Dillan Tan.

One of Australiaâ€™s top simulator racing teams, Laundry House, is also entering two cars. Look out for their McLaren 720S, car #90 and a Porsche GT3, car #911.

We also have teams from Indonesia with JMX Phantom entering one car and Bhinneka Racing entering three cars. There is also top Hong Kong team, Wakoâ€™s Fliptable Racing, with three entries â€“ car #939 is a BMW M6, car #969 is a Mercedes AMG and car #999 is an Aston Martin V8.

Closer to home, there are a slew of Malaysian entries with Stratos Motorsports and Blue Steel Racing being the most well-known.

Singaporean Aleef Hamilton, who is a multiple eRacing GP Global Edition champion, is joined by Malaysians Naquib Azlan and Alister Yoong as well as Mikko Nassi, who is a Finnish driver based in Singapore. Azlan and Nassi were the inaugural Endurance Edition Champions when they won the 4-hours of Silverstone in November last year.

â€œItâ€™s the first time something like this has been done in the region and Iâ€™m especially happy with the response and calibre of teams and drivers involved.

We have Australia, Philippines, Singapore, Indonesia and, of course, Malaysia going head-to-head. And I cannot see a clear favourite at this point.”

The 12-hour race at Circuit de Barcelona-Catalunya will be the first round of six in the eRacing GP 2021 Endurance Edition.