Iâ€™ll be discussing heavy spoilers fromÂ WandaVision Episode 8 so if you havenâ€™t seen them or want to avoid spoilers, nowâ€™s your chance to stop reading. If you havenâ€™t, you can check out my previous articles on the first two episodes,Â Episode 3,Â Episode 4,Â Episode 5Â and Episode 6. 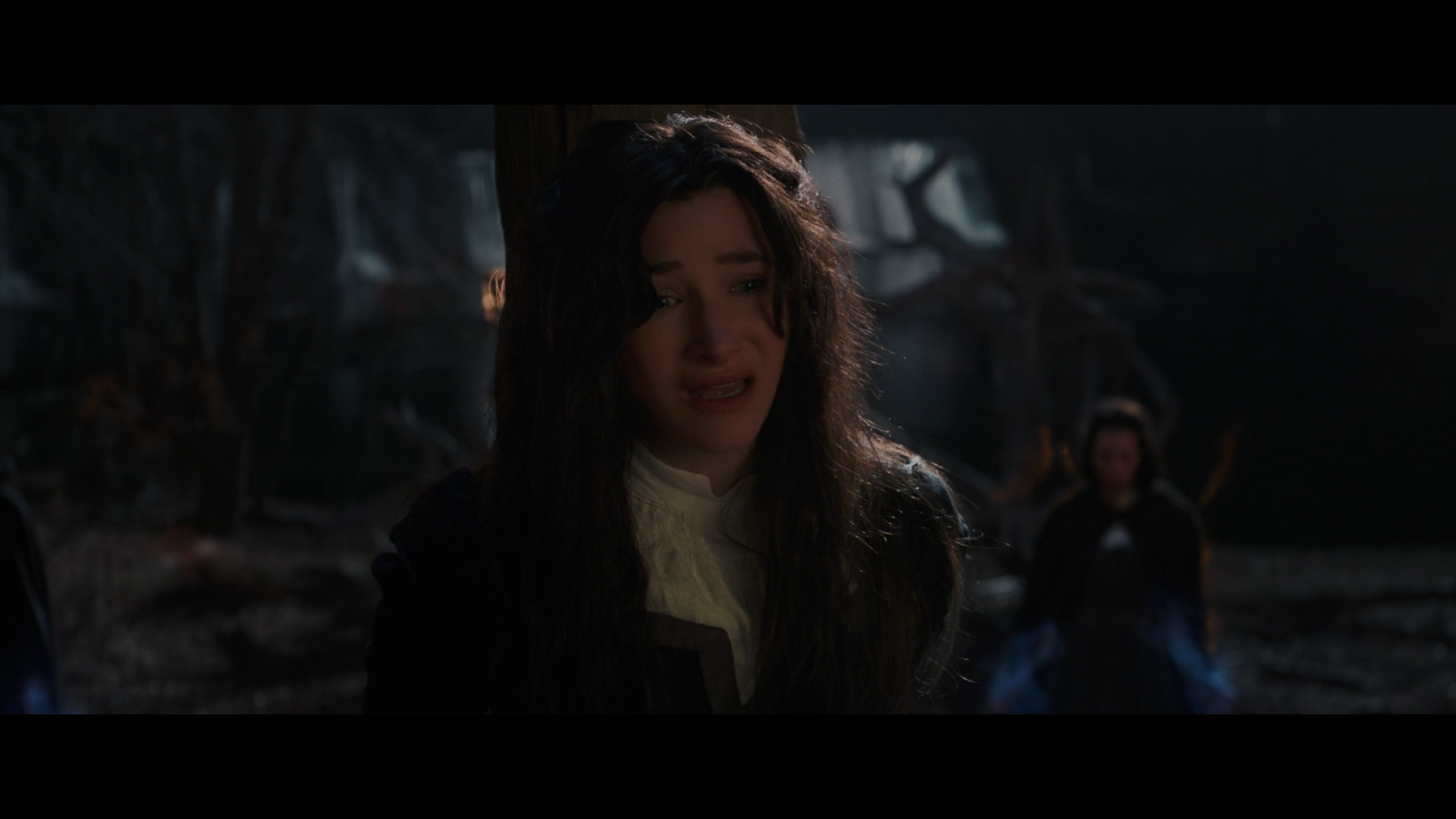 WandaVision Episode 8 reveals Agatha Harkness’ origin story, in that she is persecuted by her own coven of witches in the distant past for practising the “darkest of magic”. This is similar but quite different from her origin in the comics, where Harkness lived in the English colony of Salem, Massachusetts in the 17th century.

In the comics, she formed her own coven of witches hoping to freely practice magic in the New World. In 1692 A.D., she and her group were persecuted by the Puritans during what became known as the Salem Witch Trials. However, she was never a villain or persecuted by her own coven for practising dark magic. That never happened in the comics.

It looks like the MCU version of the character will be significantly different from the comic book version, who served as a magical mentor to Wanda. 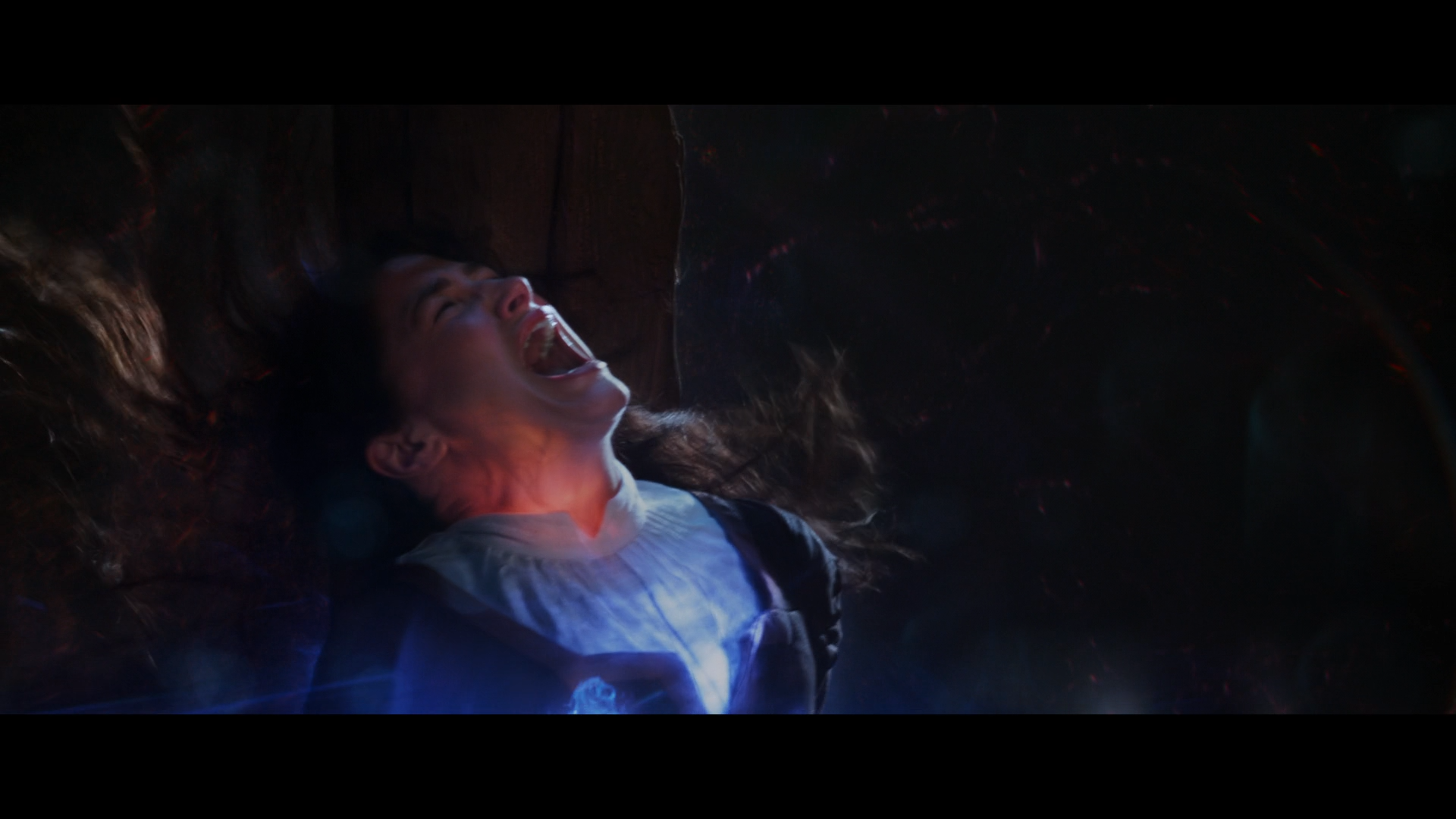 Fake Pietro Was Created By Agatha; She Wants To Know How Wanda Performed Her Hex Powers 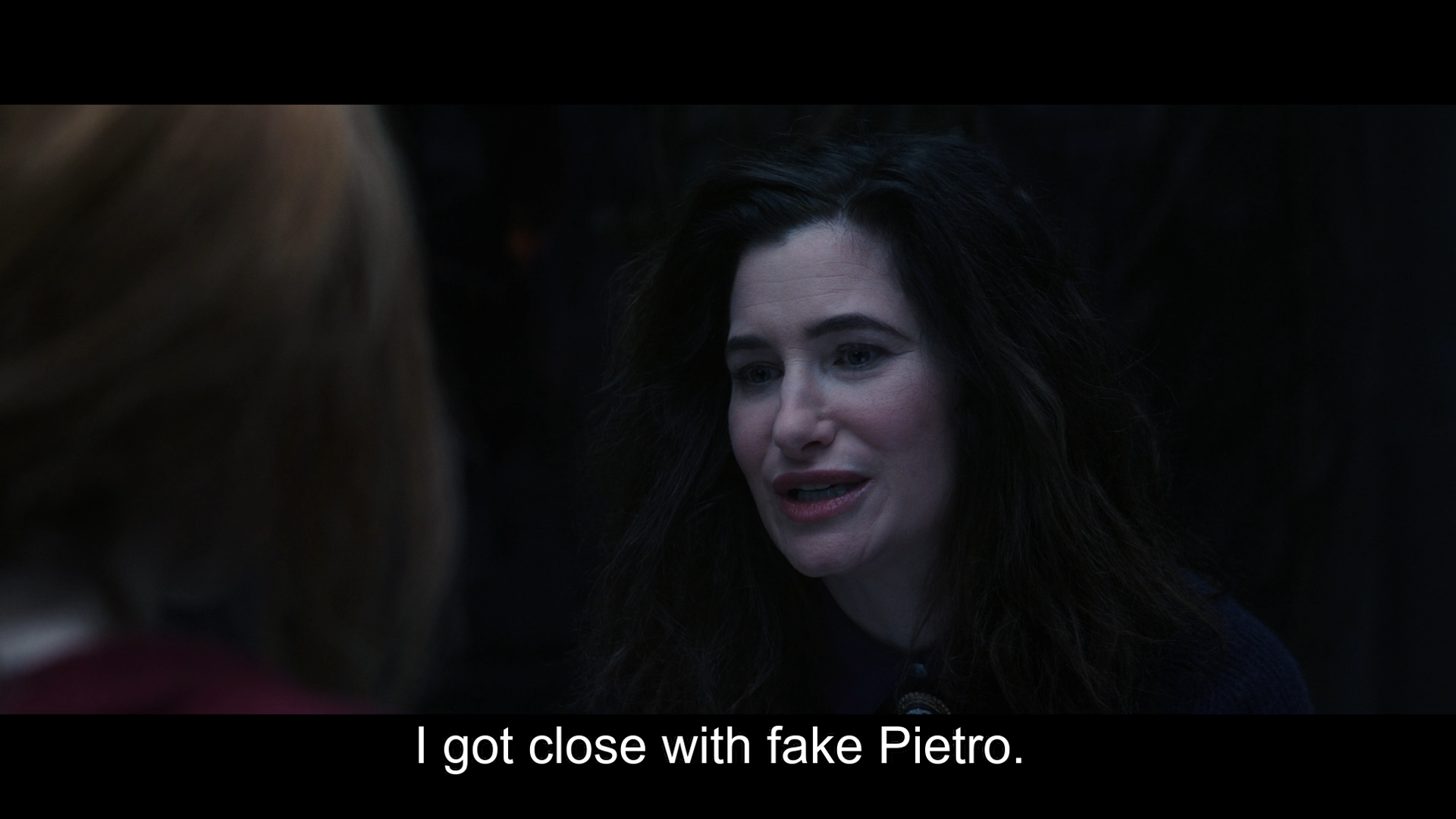 It’s confirmed; the fake Pietro (played by Evan Peters) was created by Agatha Harkness to try and convince Wanda to reveal how she managed to create the Hex (Westview, etc.). Wanda has no formal training in witchcraft, which is why Agatha wants to find out how she is capable of powerful and complex magic like the Hex.

The terrorists in Sokovia used Stark Industries’ weapons, which explains why she and her brother hated Tony Stark so much and was willing to help Ultron in 2015’s Avengers Age Of Ultron. 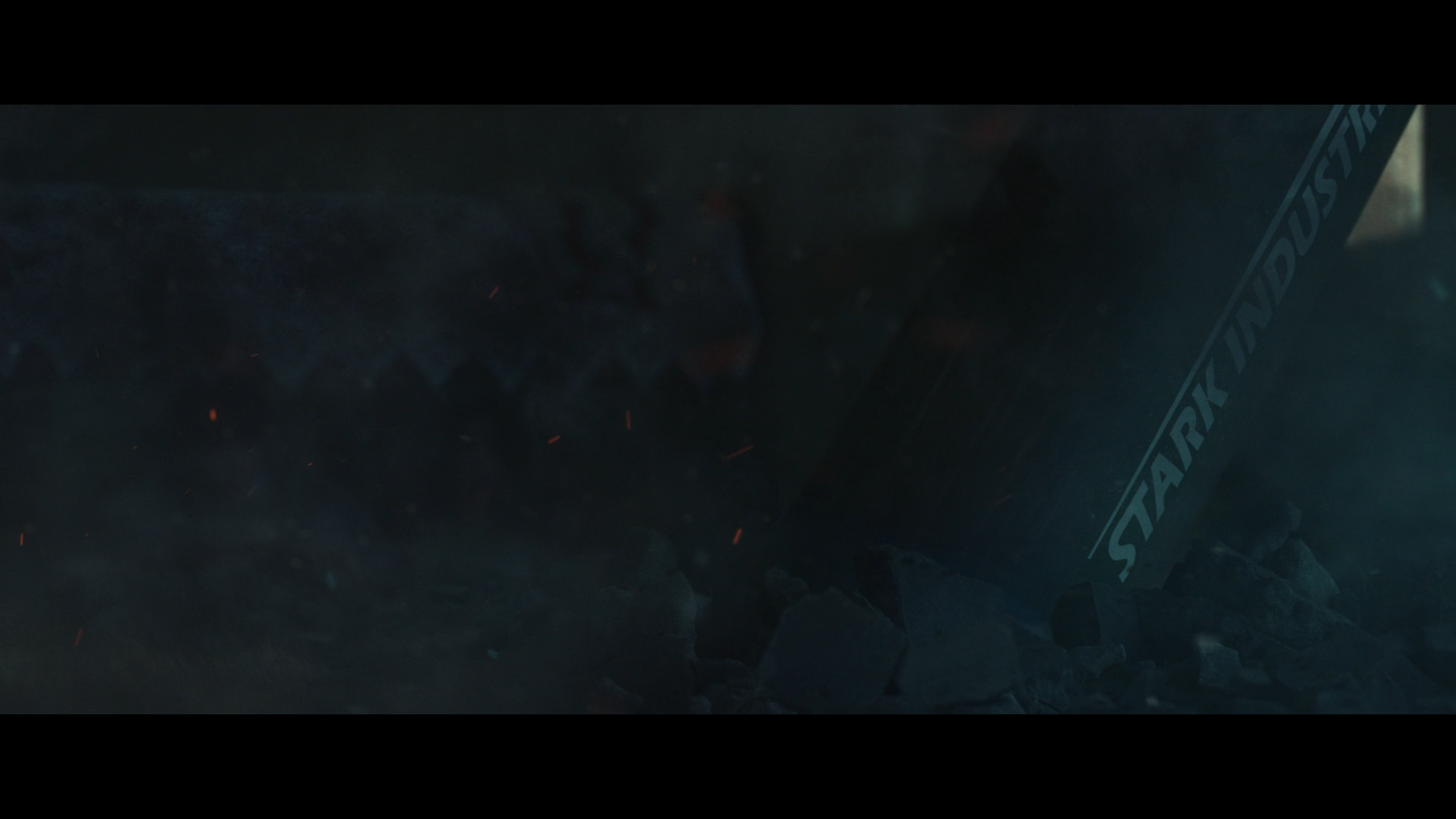 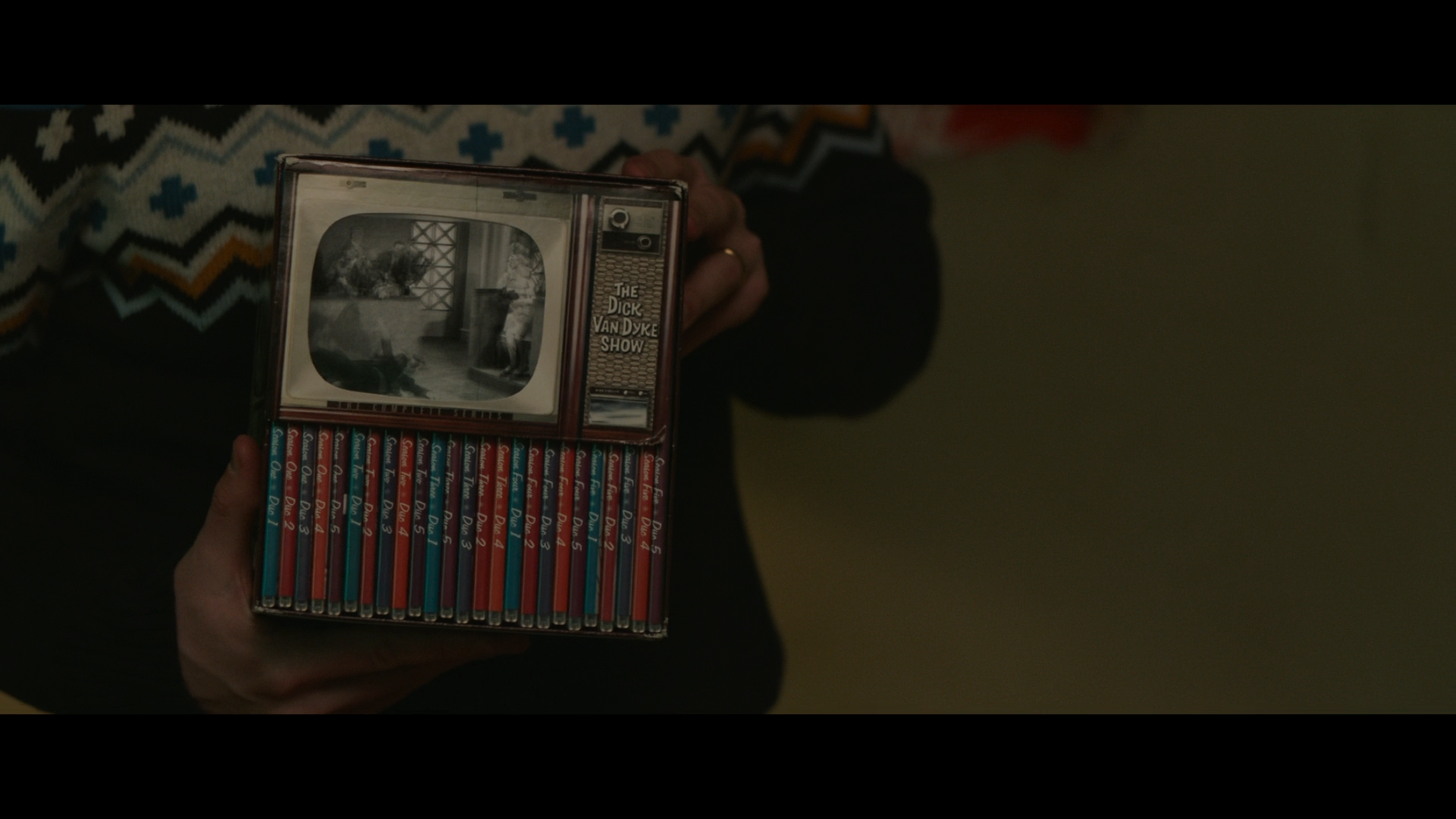 To find out how Wanda is able to perform her Hex powers, Agatha delves into Wanda’s past through literal flashbacks.

First, we meet Wanda during her childhood in a war-torn Sokovia. She grew up watching old sitcoms like The Dick Van Dyke Show, which explains why she recreated them using her Hex powers.

After that, we go through the later events of Wanda’s life, including her life when she was recruited by Hydra, and here’s where things get interesting. 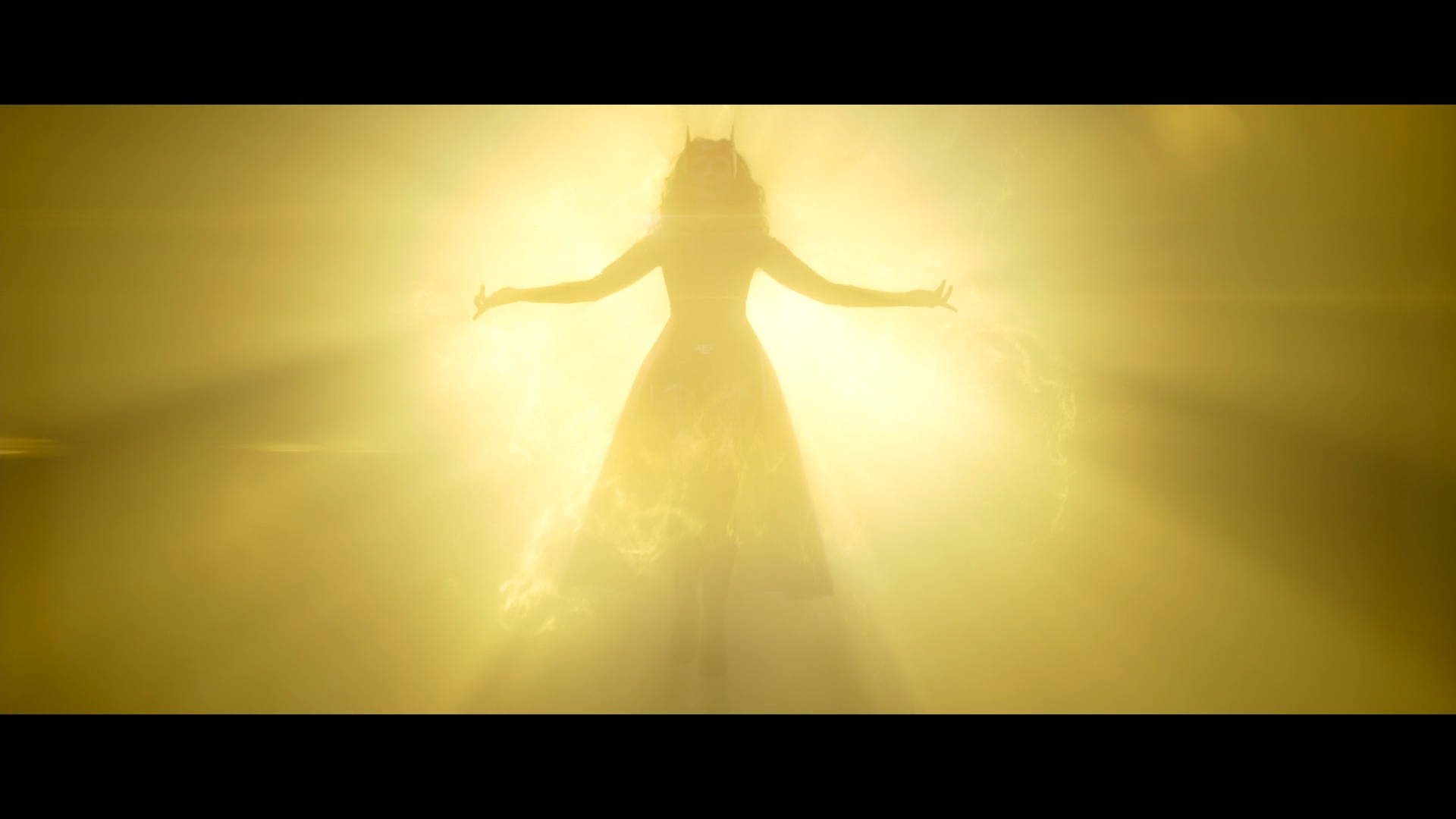 When Hydra puts her into contact with the Mind Stone, she sees a vision (pardon the pun) of what appears to be someone in the iconic Scarlet Witch costume from the comics. This might be someone else, but it could also be Wanda herself; a version of herself from the future when she is already fully-realized as the Scarlet Witch.

Agatha surmises that Wanda’s close contact with an Infinity Stone might be the reason why Wanda’s Hex magic is so powerful despite not having any magical training or knowledge. 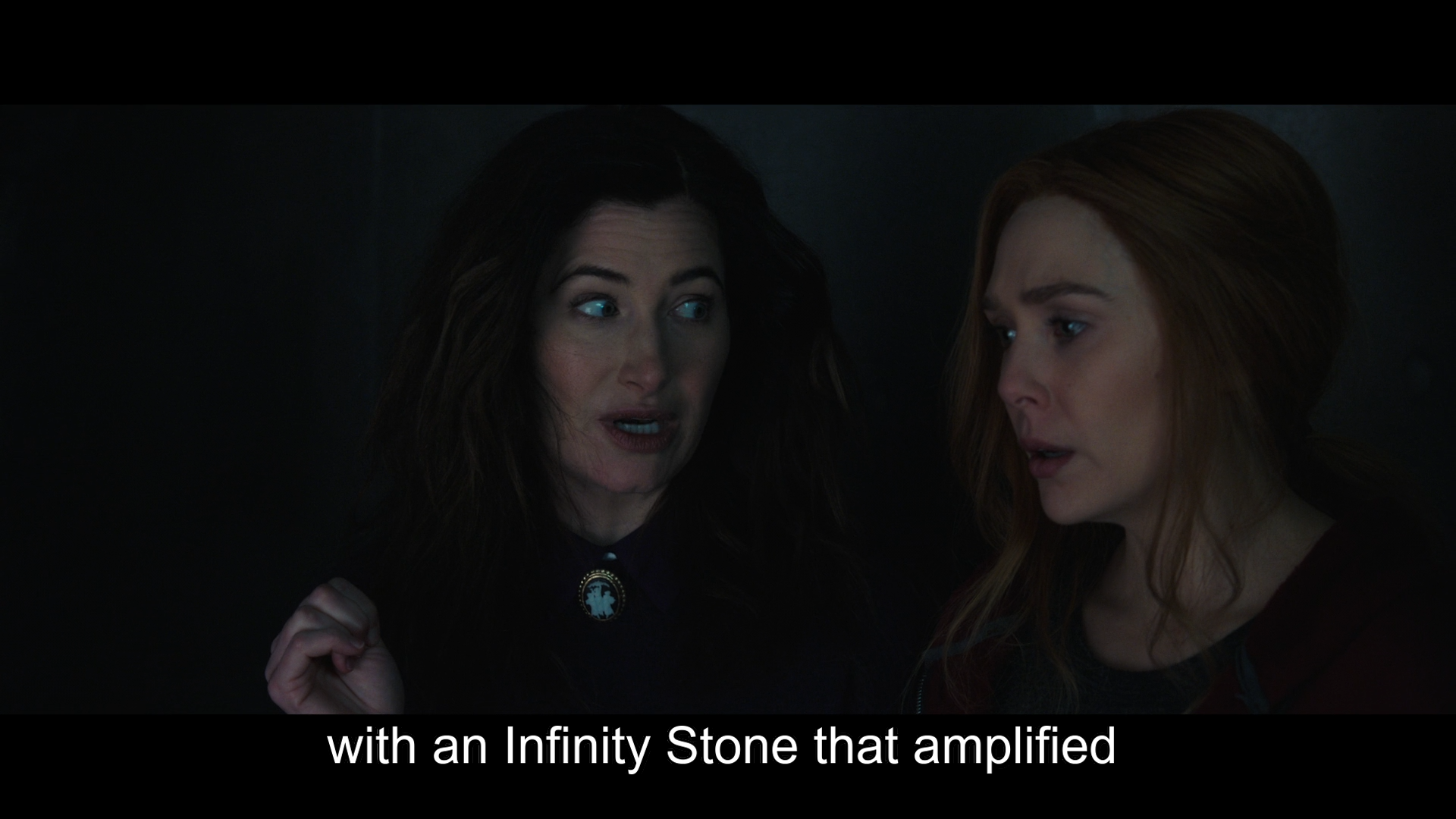 Wanda Didn’t Actually Retrieve Vision’s Original Body From SWORD, So She Made A New One From Scratch 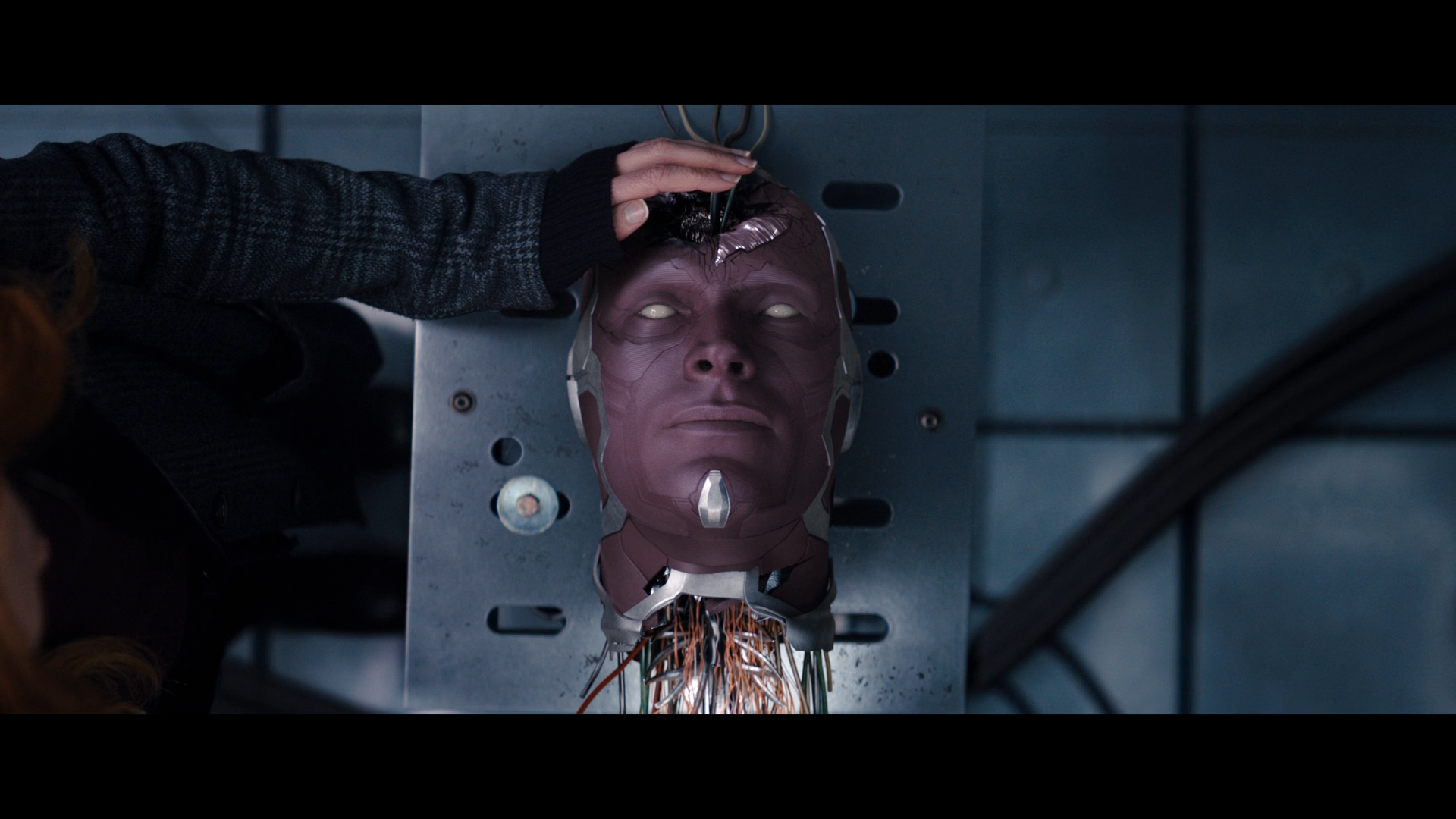 While Wanda almost took Vision’s body by force, she ultimately decided not to when she couldn’t “feel him”.

The Reason Why Wanda Chose Westview To Use The Hex On 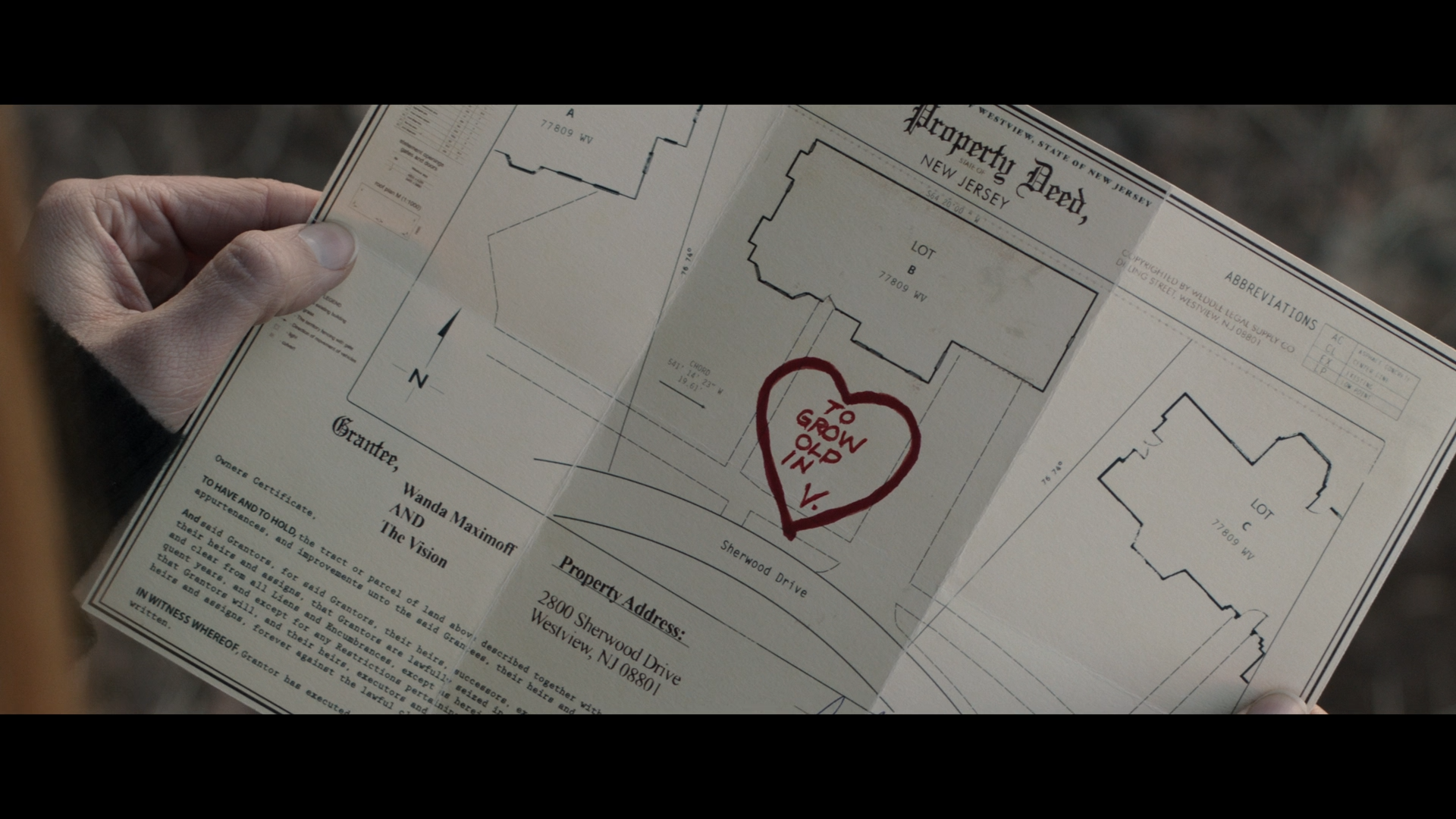 It’s heartbreaking to see that Vision and Wanda had plans to settle into a new life. It’s revealed that Vision had already purchased an empty house lot in Westview. Alas, it was never meant to be, but Wanda didn’t let that stop her.

She breaks down at the empty house lot and explodes in her red Hex energy, thus kickstarting the events of WandaVision. This also confirms that Wanda created a new version of Vision from scratch and not from his old body, which probably explains why this version of Vision isn’t able to escape the boundaries of the Hex. It’s because he’s made up of Hex energy himself. 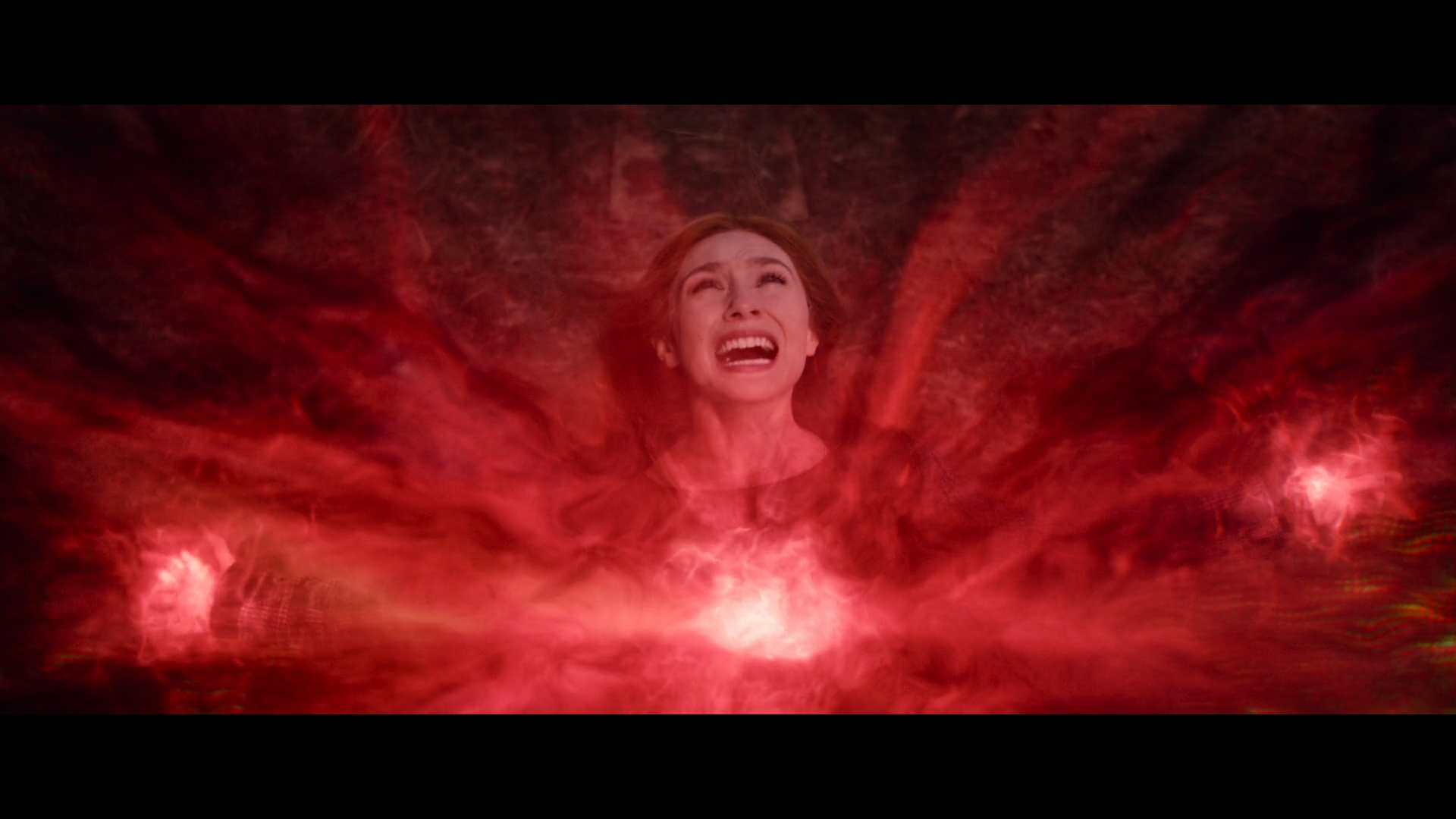 Agatha Confirms That Wanda Has Been Using Chaos Magic, Mentions The Name Scarlet Witch For The First Time In The MCU Agatha confirms that Wanda has been using Chaos Magic to perform her Hex powers and that she is the Scarlet Witch, which is the first mention of the name in the MCU.

In the comics, Wandaâ€™s original powers were described as â€œhex powersâ€ that could cause random and unlikely events to take place. This was later retconned by writer Kurt Busiek so that Wandaâ€™s powers are now based on â€œchaos magicâ€ instead due to manipulation from the Marvel villain and demonic chaos god, Chthon. In the comics, the Vision was abducted and dismantled by agents from multiple governments. The Avengers then recover the parts of Vision and Hank Pym rebuilds the Vision but with a chalk-white complexion. It’s important to note that the Vision in the comics was created by Ultron using the brain patterns of Simon Williams AKA Wonder Man, which is different from the MCU’s Vision, who was created via a combination of the Mind Stone and the Jarvis AI.

Wonder Man doesn’t allow his brain patterns to be used again to provide a matrix for the Vision’s emotions. What this means is that Hank Pym had to recreate Vision without emotions. This, along with damage to the Vision’s synthetic skin when he was dismantled, resulted in the synthezoid’s resurrection as a colourless and emotionless artificial human.

However, the White Vision introduced in WandaVision Episode 8 is clearly different in that he was recreated by SWORD after his death to be used as a weapon as part of Director Hayward’s Project Cataract. It’s been Hayward all along, and the only reason he’s been investigating Wanda’s Hex powers was to use it (the Chaos Magic) to bring back his Project Cataract’s White Vision. 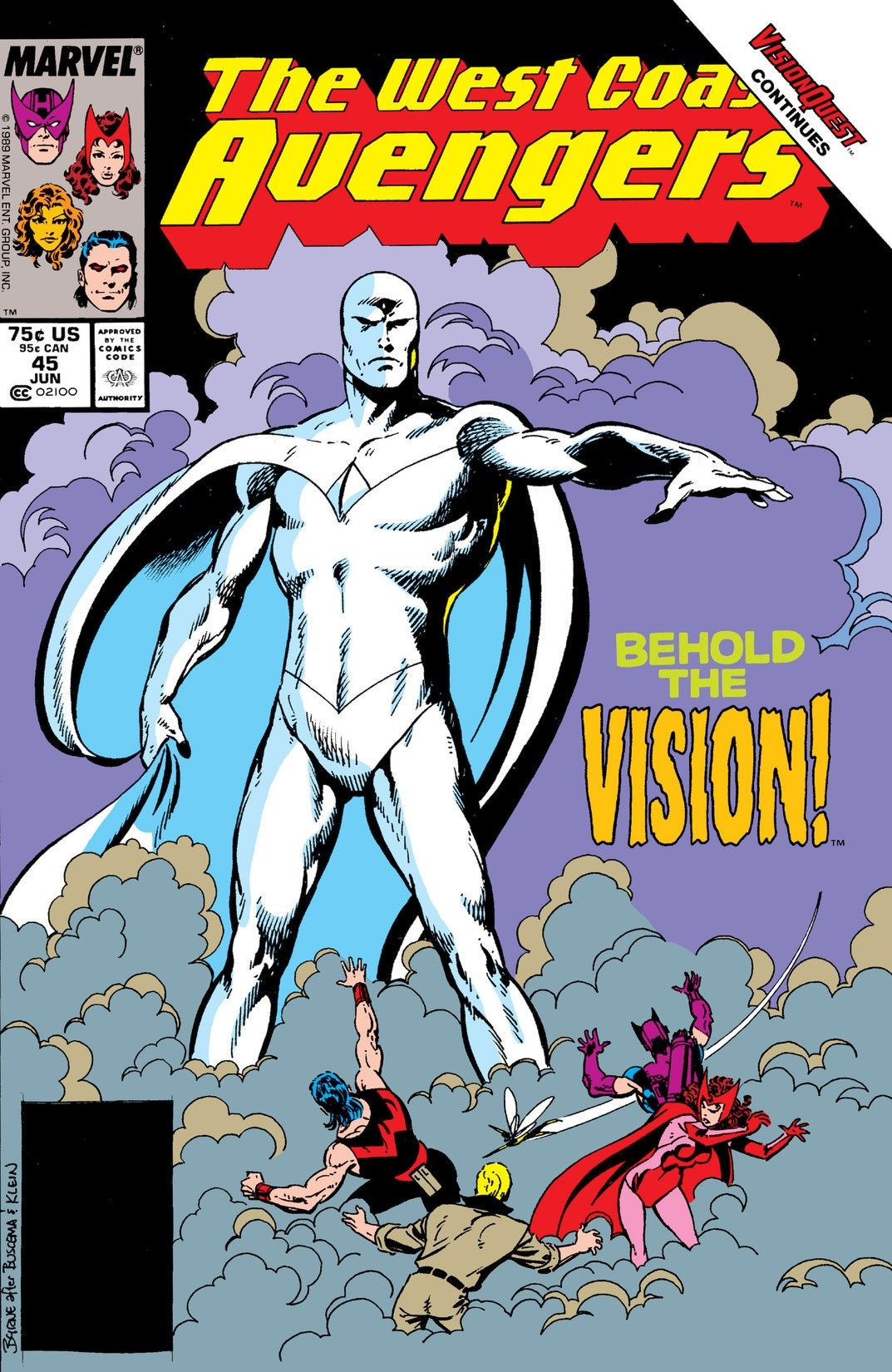 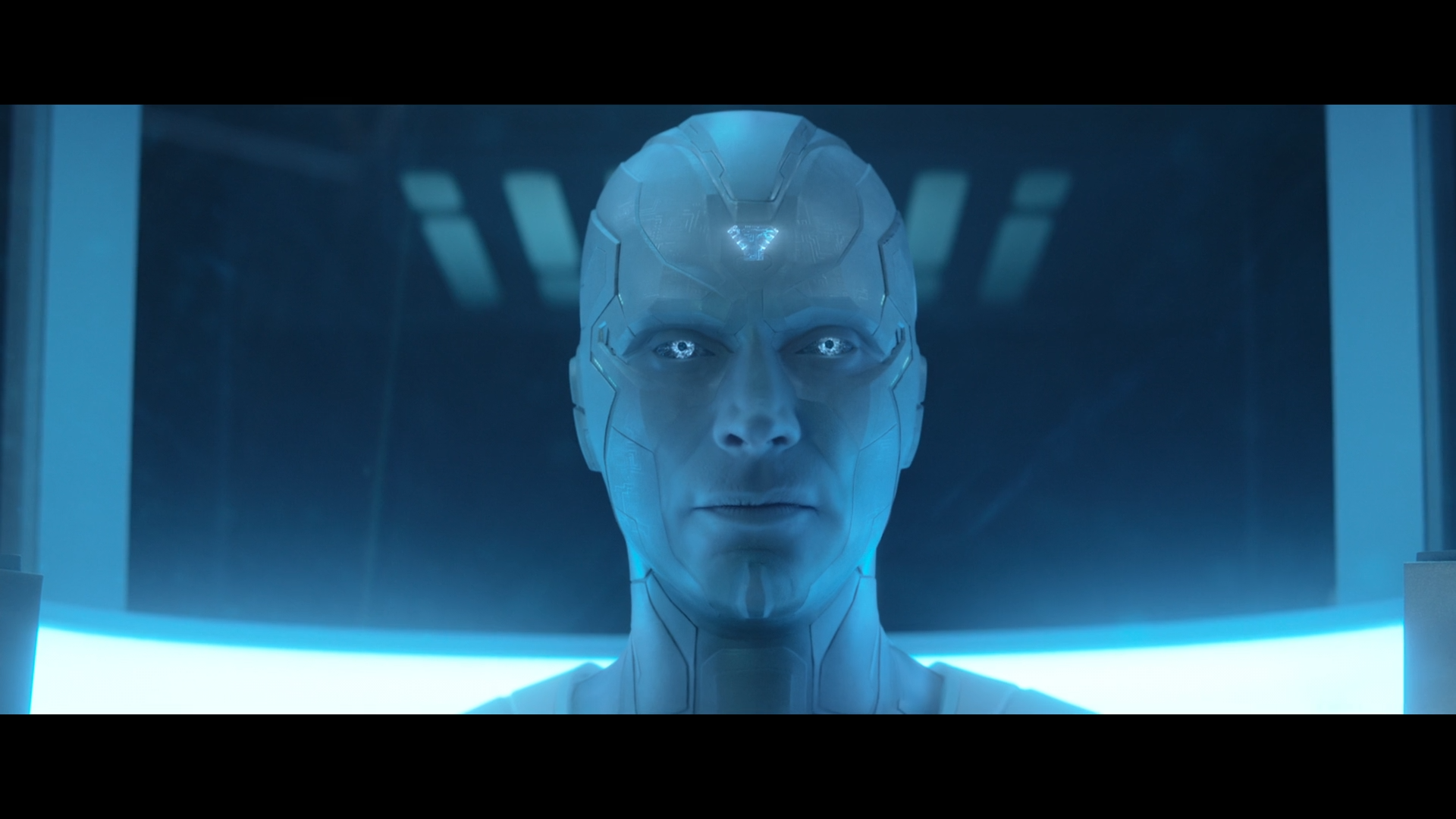 There you have it, folks. The biggest revelation of all is the appearance of White Vision in the post-credits scene, but weâ€™ll have to wait until next week to learn more. Only one big episode left, folks, and it seems to me that WandaVision will be ending with a very, very loud bang.

Perhaps Wanda and Vision will work together again to bring down both Agatha, White Vision and SWORD Director Hayward, but we only have one episode left to wrap everything up. Oh, and we still haven’t met that massive Luke Skywalker-level cameo that the cast of WandaVision keeps talking about…

The Boston Uprising had all the momentum and intention to stamp their mark as the new big boys in the Overwatch League but the boys of New York Excels...

We're only about one month away from the release of Spider-Man From Home and anticipation is swinging high for the Marvel Cinematic Universe's follow-...

Remember 2000's American McGee's Alice? It was a third-person action-adventure video game developed by Rogue Entertainment under the direction of desi...