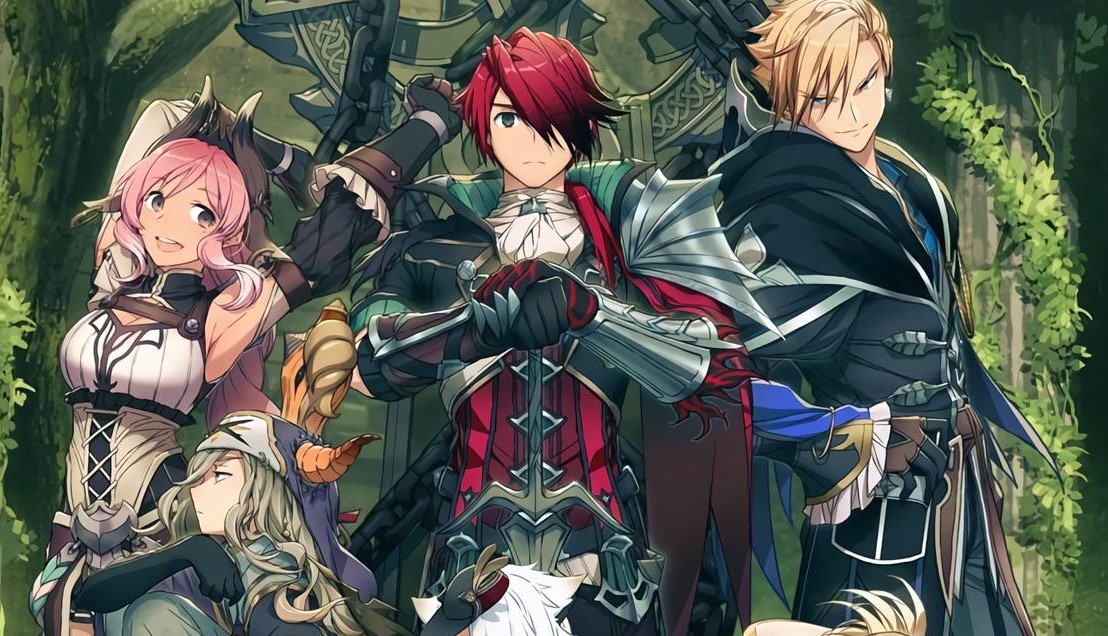 Ys IX (pronounced “is-su”) is about a red-headed adventurer who gets out of a giant-ass prison city within an hour or so, and then goes through the motions of a city-wide conspiracy that requires him to break into said prison city again and again. Along the way, our red-headed hero Adol Christin is given Monstrum powers and Monstrum teammates to help progress through the many, many dungeons and corridors, killing bad guys and monstrous bosses. Oh, and partake in some tower defense and destroy-a-bunch-of-puzzlingly-arranged-red-crystals-within-a-time-limit shenanigans involving ghost monsters of different shapes and sizes.

Ys IX also feels like a title where its creators, Falcom, just decided to take ideas from the last great action RPG game they did (Ys VIII: Lacrimosa of Dana) and just ran with it using a different setting. This begs the question: will you feel dÃ©jÃ  vu paying for this full price and playing it for 20+ hours? Perhaps. Is it still fun? You betcha.

Rather than getting stuck on an island like in the last game, Adol and his pal Dogi are stuck in a prison city because of magic reasons. No, really: when Adol was given Monstrum powers, he is trapped in the city. To open up these barriers keeping him and his Monstrum pals at bay, he needs to complete a plethora of sidequests within the city of Balduq, and slay a good number of ghost monsters all hiding in a bunch of pocket universes of their own, scattered throughout the city. Then once a certain number of missions are completed -indicated by the moon bar at the top left of the screen- you then have to do a tower defense main mission to continue the narrative’s progress. Here, you have to protect a pretty important crystal from being destroyed while you keep the nightmare ghost monsters at bay.

The progression here is easy to follow: complete quests, do the tower mission, continue the action RPG anime story a-going. There’s a few twists and turns thrown in to keep you entertained, especially a bit that involves a different part of a prison and channels the action beats and tone from the earlier Ys games when our main hero used to ride solo.

When you bring it all together, it’s awesome gameplay fun. Ys IX’s combat is fast, frenetic, and flexible. You have your regular attacks, your special attacks ranging from fast lunges to fancy combos, and your Flash evades and guards. The latter lets you slow down time for a short bit when you execute a perfect dodge and/or guard. And yes, you can activate both perks so that you get double the bullet time, meaning more potshots and critical hits on bad guys.

All of these techniques are cancelable to a point, meaning you can chain them with little effort and keep your combat momentum going. These systems hit a fine balance: they’re not too easy to spam and abuse, but lenient enough that it’ll come out just fine.

Your Monstrum pals have their own slew of attacks and specializations, be it the AoE-ground pound hammer-wielder to the speedy hit-and-run dodge-savvy combatant. They also come with their special Monstrum powers that let you run up walls, glide over chasms, and use a special sight to find hidden switches and triggers. Puzzle segments that involve these powers do come into play to spice up your traversing & exploration, but they don’t overwhelm the main fighting bits.

The fights themselves have a great difficulty curve: it starts off just fine, and then throws a good amount of creative speedbump fights that rely on you to be patient and master the Flash evade and guard system. My personal favourites include a two-headed dragon fight where you need to find platforms before it pulls off a temporary all-encompassing lava flow attack, and a monster centipede fight that requires you to ascend stairs lest you get engulfed in rising “electricity water”.

You’re not going to find a lot of complaints about the fighting and action setpieces here; Ys IX pulls off its action just fine and dandy.

You can, however, find a bit to bitch about in the game’s setting and level aethetics. Compared to Ys VIII, the combat arenas and corridors aren’t as gorgeous and varied. You’ll be traversing through underground mazes and caves. Granted, that’s the main crux of the plot: to find and uncover passages leading to the prison city, but a little variation and some change-ups in vistas and creative landscaping would be nice. And the less said about the frame rate chugging to lower than 30fps in the open-world city exploration bits outside of combat, the better. It chugs even worse when you trigger the pocket dimension ghost fights while in a commercial district of Balduq; this may not apply if you’re running the game on a PS5 though.

The narrative as a whole is also lacking in places. While Adol and his new Monstrum pals and associates are full of personality and are what you want out of an anime-style RPG (with some genuine chuckle-worthy moments), it does pale in comparison to the stakes at play in its prequel.

Its developer Falcom isn’t exactly a giant game-making house like Square Enix, so I get that the team is sticking to what they know best and doubling down on the goldmine they unearthed with Ys VIII. It’s just not doing a good job masking that using a more in-depth story and plot trapping. Ys VIII’s tower defense mode made more sense in that story’s survivors-on-an-island context than it does in Ys IX’s trapped-in-a-city-via-magic-means plot thread.

Still, there are worst ways to write around it; I am still a mite curious as to why the prison city is the way it is and how this Monstrum powers factor into the Ys canon. And to Ys IX’s credit, its English localization is a lot tidier.

I’d still recommend Ys VIII over Ys IX, but that’s like me recommending a McCallan over a Glenfiddich. Or a Quarter Pounder over a Big Mac if you’re into junk food analogies instead. You’re still getting a great drink/meal out of it, regardless of your nitpicks & feelings of dÃ©jÃ  vu.

Despite having pretty big shoes to fill, Ys IX is a standout action RPG title with a decent plot, and features top-tier gameplay that’s challenging and addictive. Sometimes, that’s more than enough when you’re an RPG maker who has to be creative with a budget. Old Ys fans will get a kick out of the candid references & escalating action, while newer Ys fans will adore what’s on tap here. As far as standalone and easy-to-follow Falcom titles go, this one will do just fine.

The Outer Worlds' Launch Trailer Is Asking You Whether You're A Savior Or An A**hole...

Diablo 3 Season 26 Starts On 15 April; Here's What You Need To Know