In The Falcon And The Winter SoldierÂ Episode 2, we finally saw what happened following that shocking ending from Episode 1.

Iâ€™ll be discussing heavy spoilers from The Falcon And The Winter SoldierÂ Episode 2 so if you havenâ€™t seen it or want to avoid spoilers, nowâ€™s your chance to stop reading. 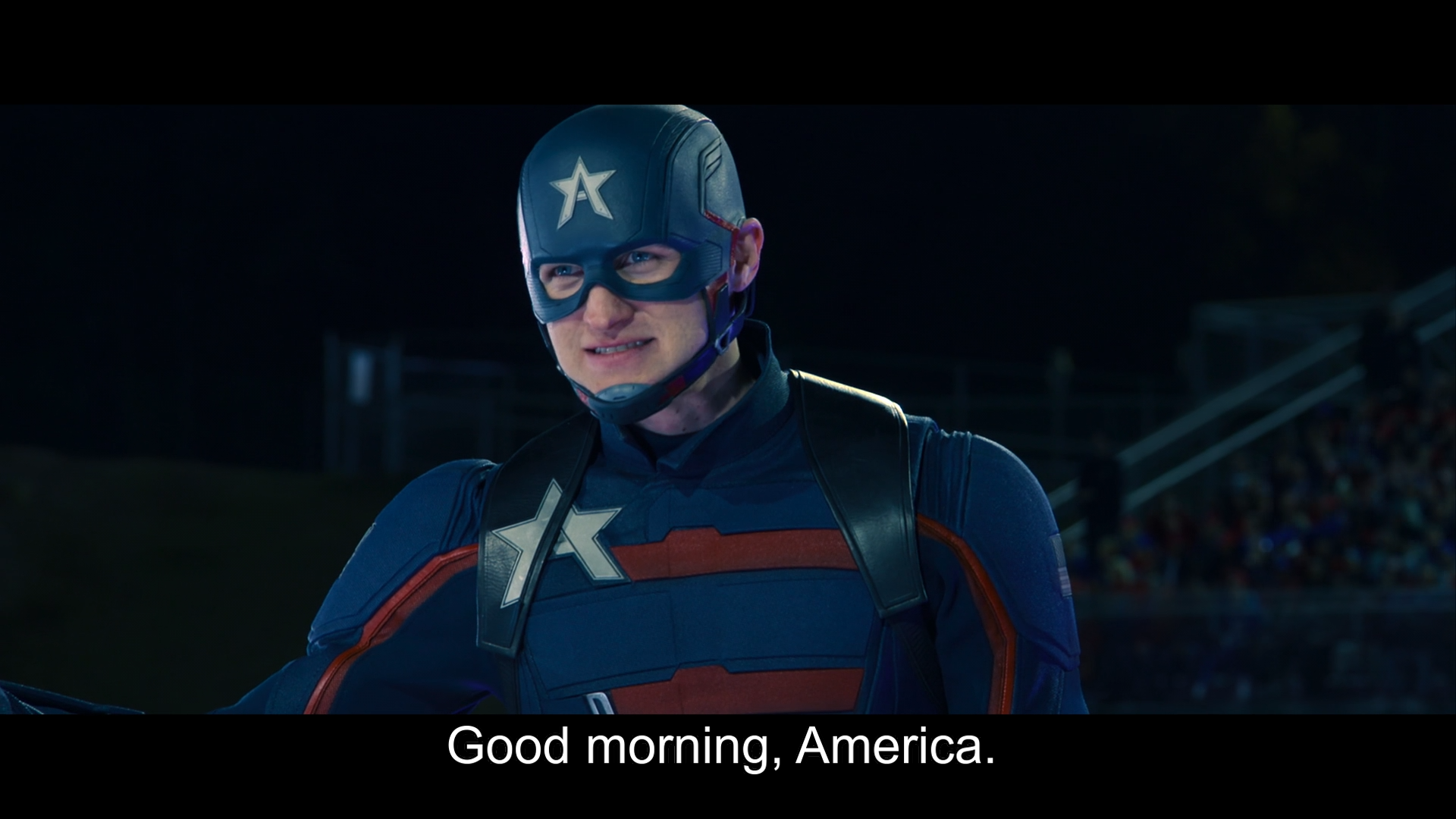 This episode starts with a brief introduction to John F. Walker AKA the new Captain America AKA US Agent. Basically, he’s an extremely decorated soldier, but he’s not a super-soldier.

A Reference To White Wolf 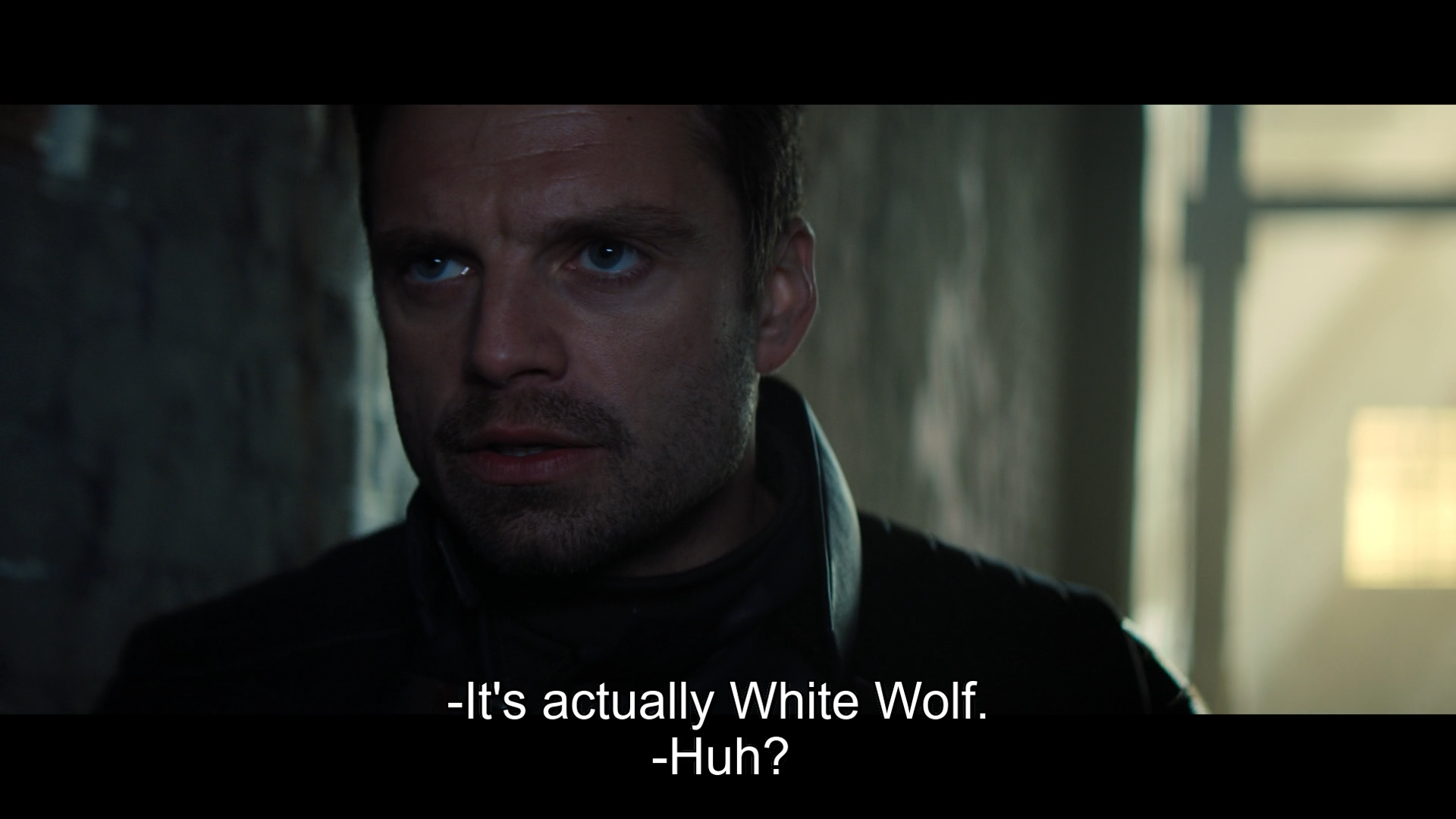 Created by writer Christopher Priest and artist Max Texeira, the man who would become the White Wolf debuted in Black Panther #4 as the sole survivor of a plane crash near the Wakandan border. King T’Chaka AKA T’Challa’s father took in the caucasian child, named Hunter, and raised him like he was his own son. However, he became jealous after T’Challa was born, as he would no longer be able to become king of Wakanda. He eventually became the head of the Hatut Zeraze, Wakanda’s secret police force, and earned the title; the White Wolf.

In the Marvel Cinematic Universe, the White Wolf is the alias given to Bucky Barnes when he was recovering in Wakanda. However, we still don’t know how or why he earned that title. 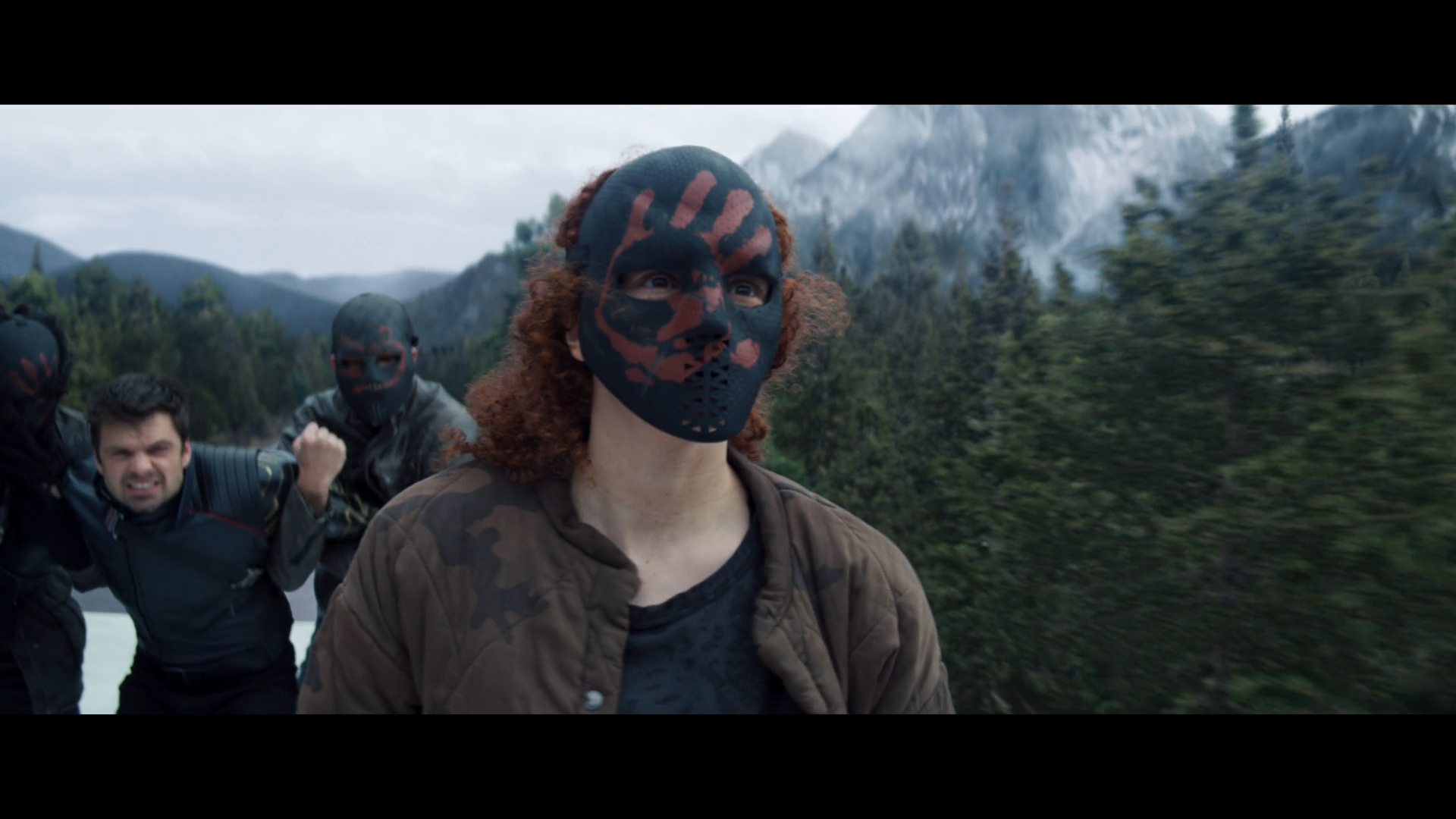 A drone can always be replaced. A real bird like in the comics would probably be harder to do the same. 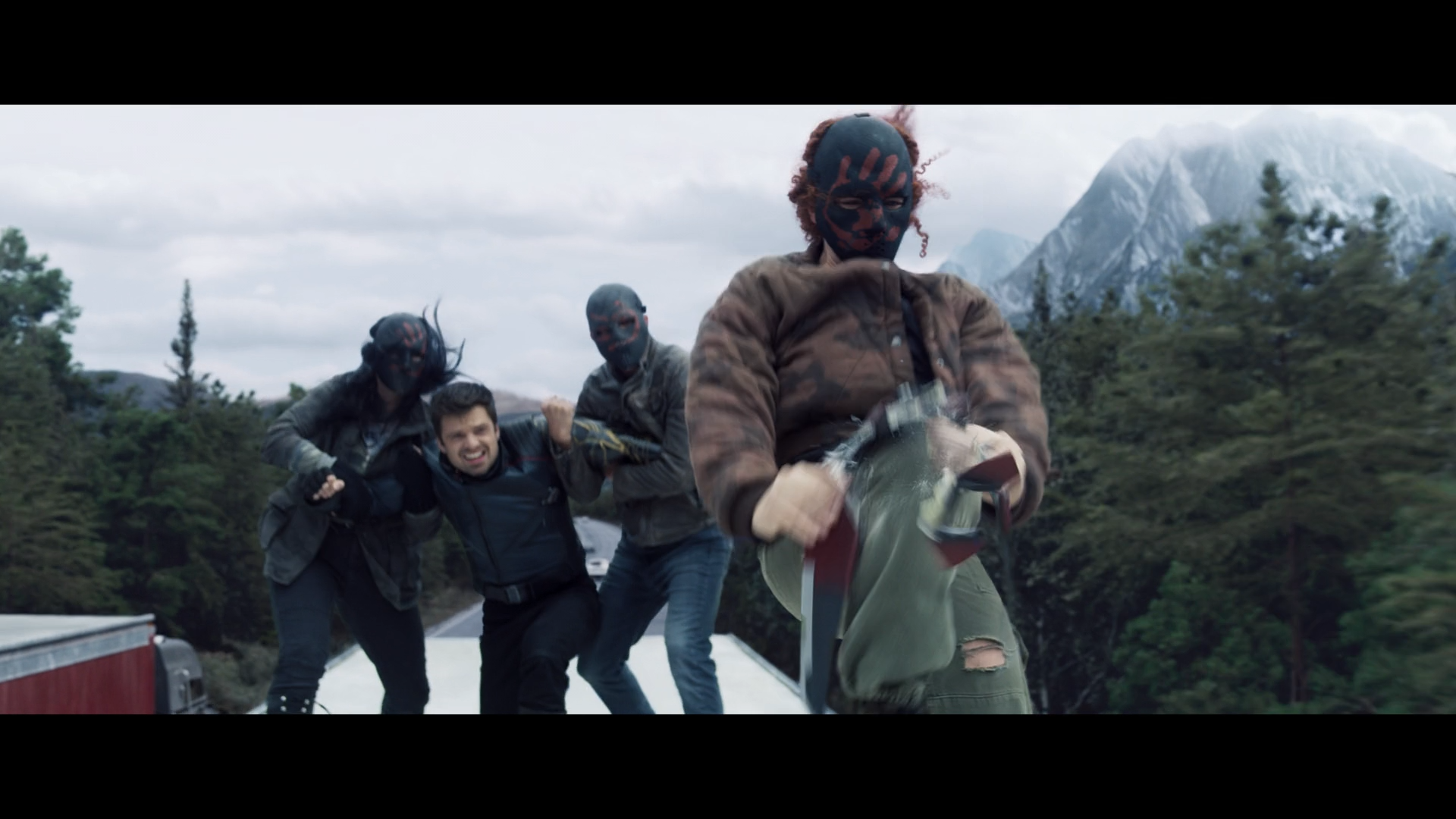 The New ‘Captain America’ Comes To The Rescue 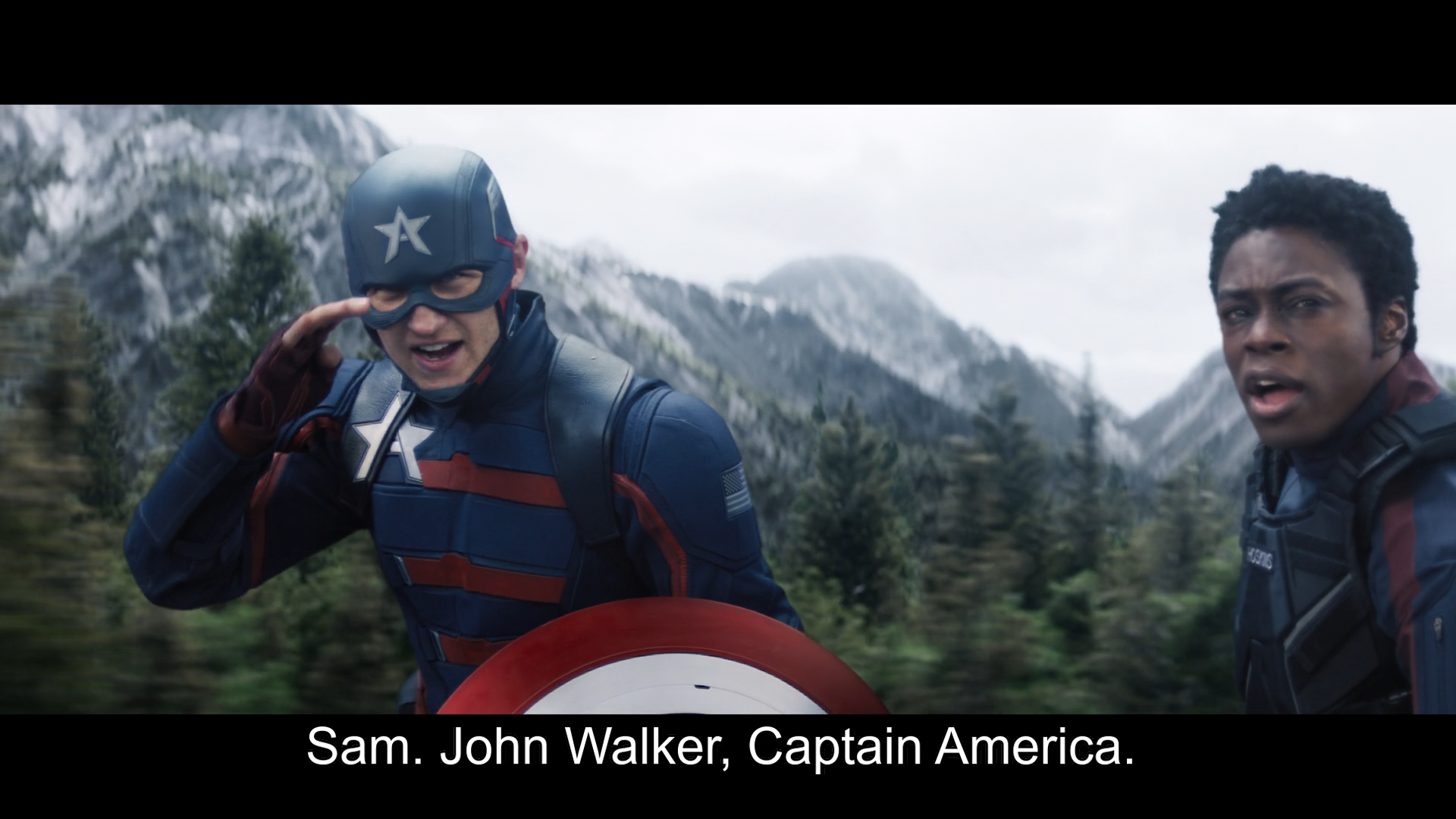 With Sam Wilson and Bucky have a hard time against the Flag-Smashers, John F. Walker and his partner, Lemar Hoskins, comes to their rescue., but they don’t actually do too well either (read: they get their butts kicked too).

For those unfamiliar, in the comics, Lemar Hoskins is the superhero known as Battlestar who is given superhuman strength by Dr. Karl Malus on behalf of the Power Broker. Hoskins would later form the Bold Urban Commandos (also known as the “Buckies”), and are employed by John Walker (who was going by Super-Patriot at the time). 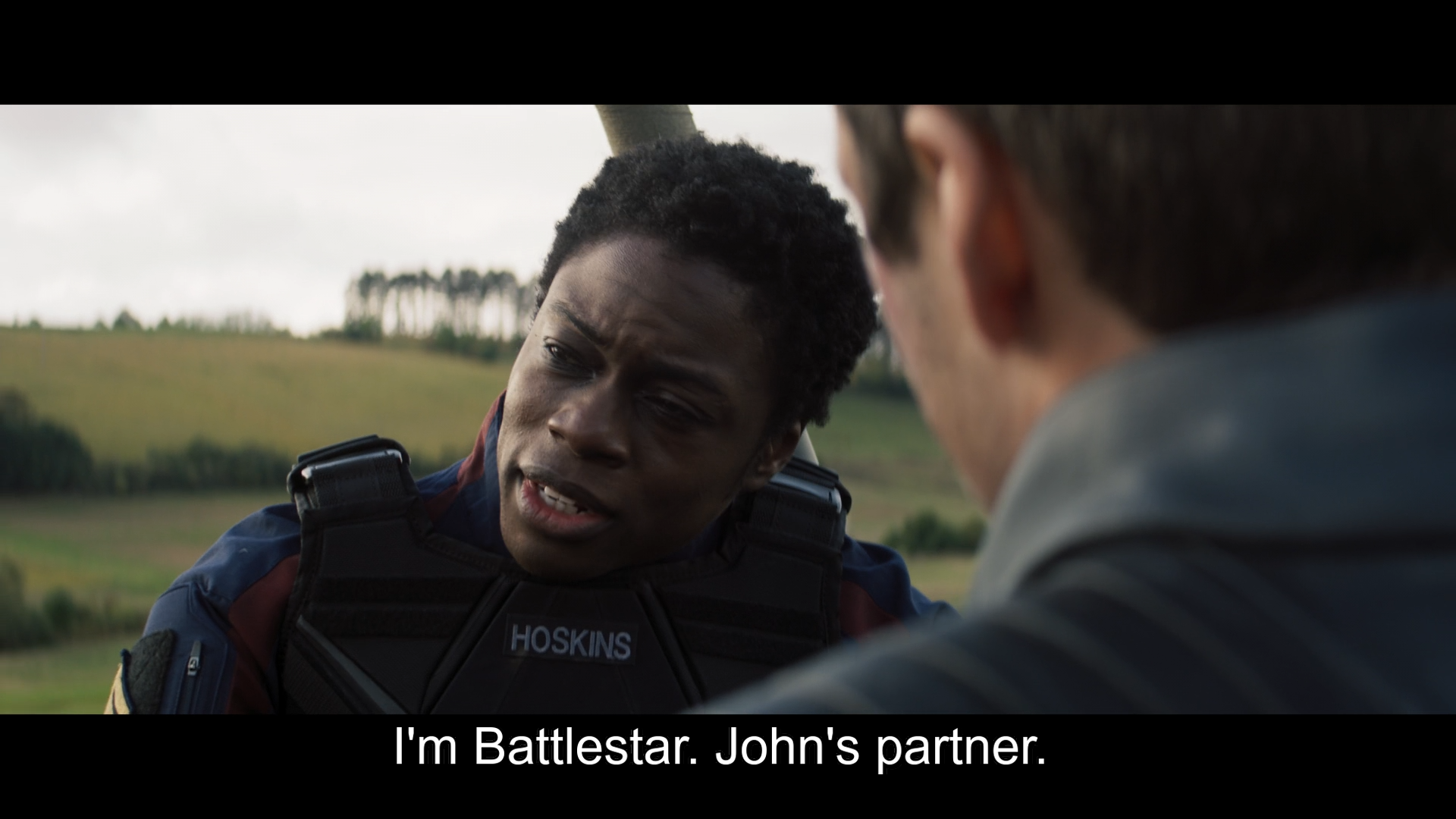 The Flag-Smashers Are Super-Soldiers, According To Bucky 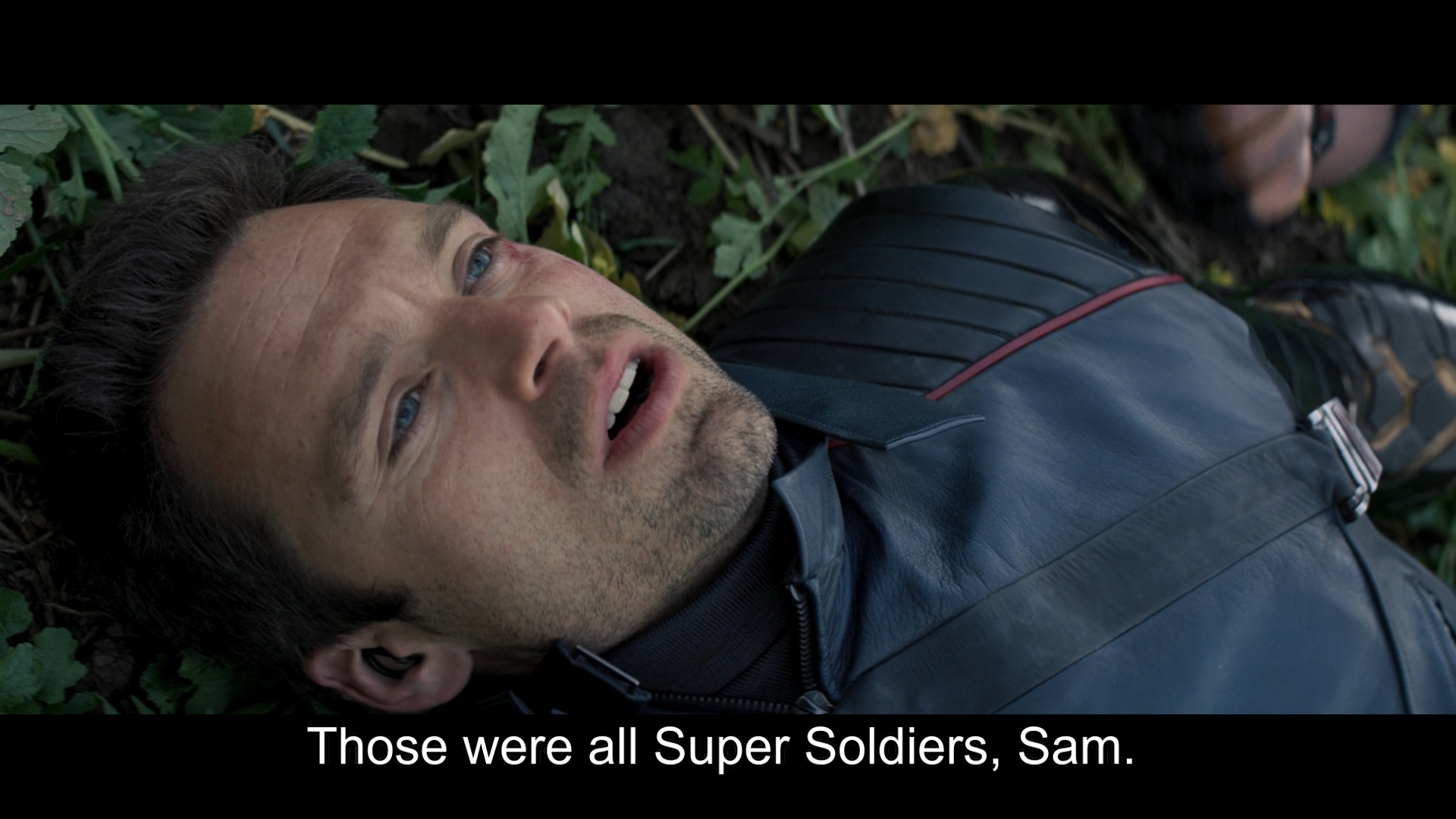 It turns out that the eight members of the Flag-Smashers might turn out to be Super-Soldiers, according to Bucky. He noticed that they were all abnormally strong, just like the late Steve Rogers was. How can this be? No one is supposed to have been able to replicate the Super-Soldier Serum since Steve’s original transformation. That will likely be the ongoing mystery in The Falcon And The Winter Soldier. 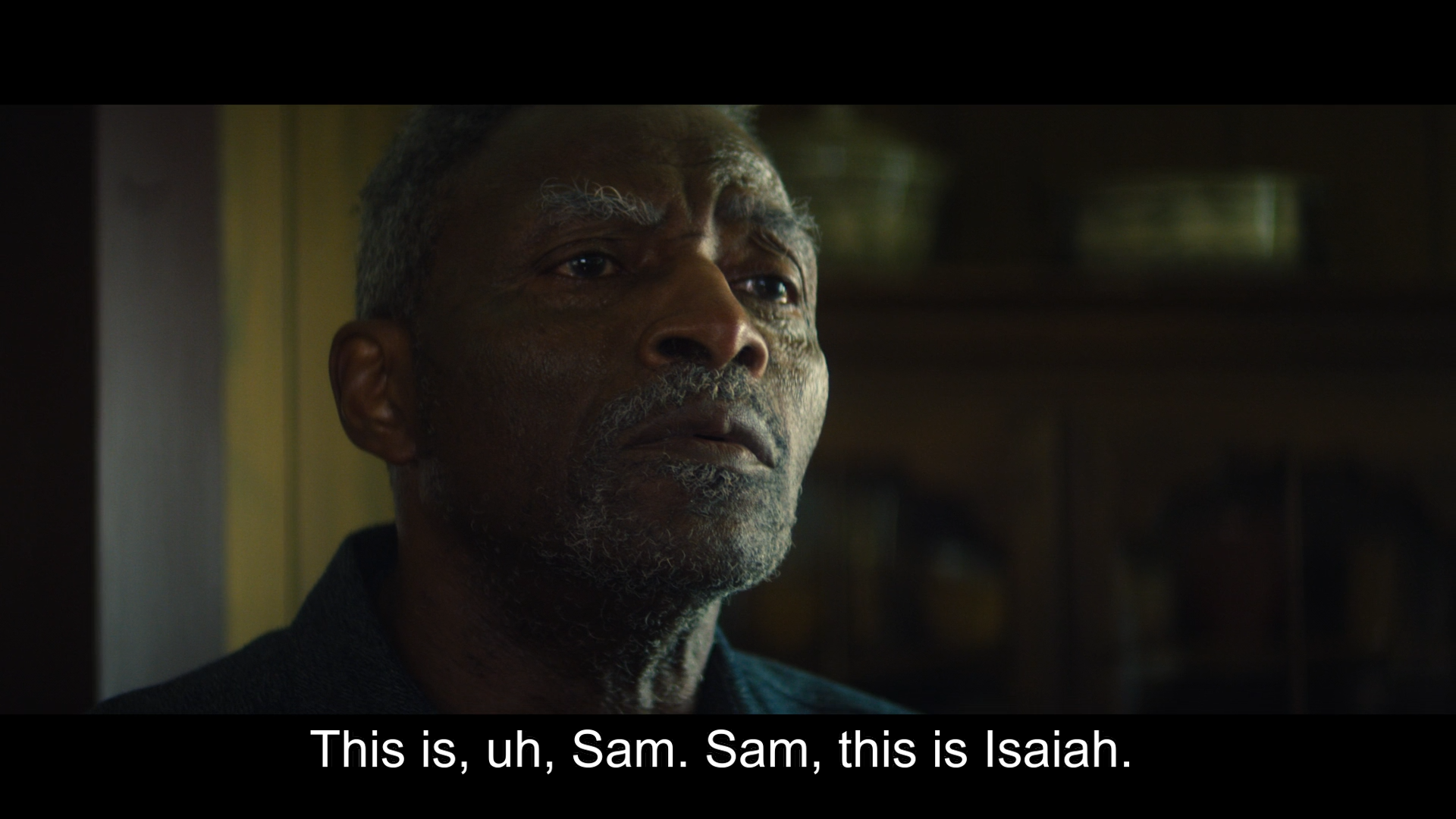 In The Falcon And The Winter Soldier Episode 2, Bucky brings Sam to meet Isaiah Bradley, another former ‘unofficial’ Captain America in the comics. He is also known as the Black Captain America.

In the comics, Project: Rebirth (which turned Steve Rogers into Captain America) began as a collaboration between US, British and German eugenicists led by Dr. “Josef Reinstein” (real name Dr. Wilfred Nagel), and Dr. Koch. When World War II begins, Koch takes over the German program and Josef Reinstein takes over the American program. Both of them make separate attempts to recreate the Super-Soldier Serum which had previously turned Steve Rogers into Captain America a year before.

Reinstein’s early attempts to refine the formula are tested on African-Americans. Three hundred of these soldiers are taken from Camp Cathcart and subjected to potentially fatal experiments at an undisclosed location, as seen in the limited comic series Truth: Red, White & Black. Only five subjects survive the original trials, and Bradley emerges the sole survivor of his test group after taking part in the war.

He steals a spare costume and a shield intended for Captain America before he engages in a suicide mission to destroy the Super-Soldier efforts of the Nazis at the Schwarzebitte concentration camp. There, he is able to assassinate Koch, but the mission ends when the Germans capture Bradley. Bradley is later rescued by German insurgents, only to be court-martialed and imprisoned at Leavenworth around 1943. In 1960, Bradley is pardoned by President Eisenhower and released.

Considered to be the “Black Captain America”, Isaiah Bradley is depicted as an underground legend among much of the African-American community in the Marvel Universe. Most notably, he is also the grandfather of Elijah Bradley AKA Patriot of the Young Avengers. 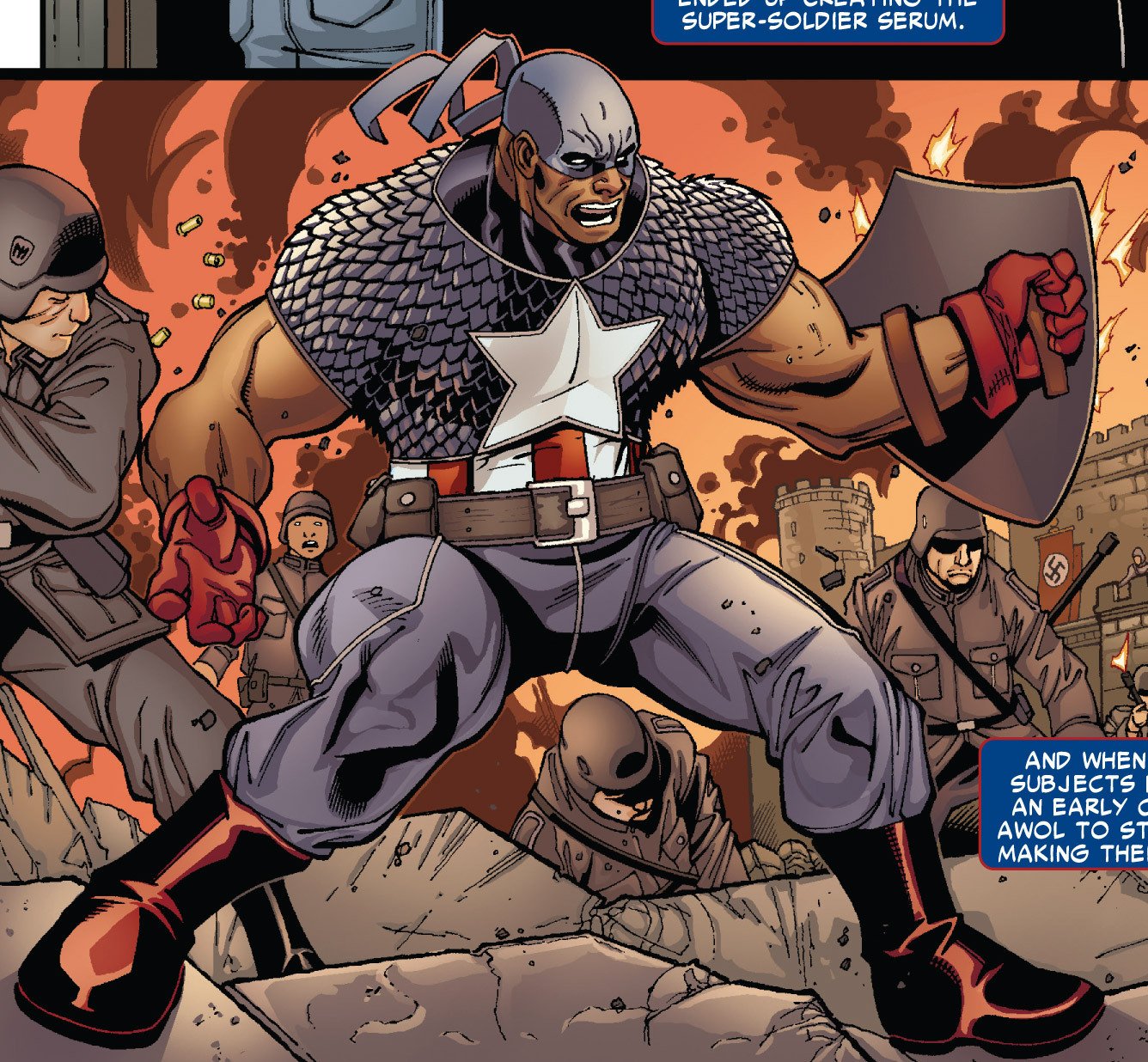 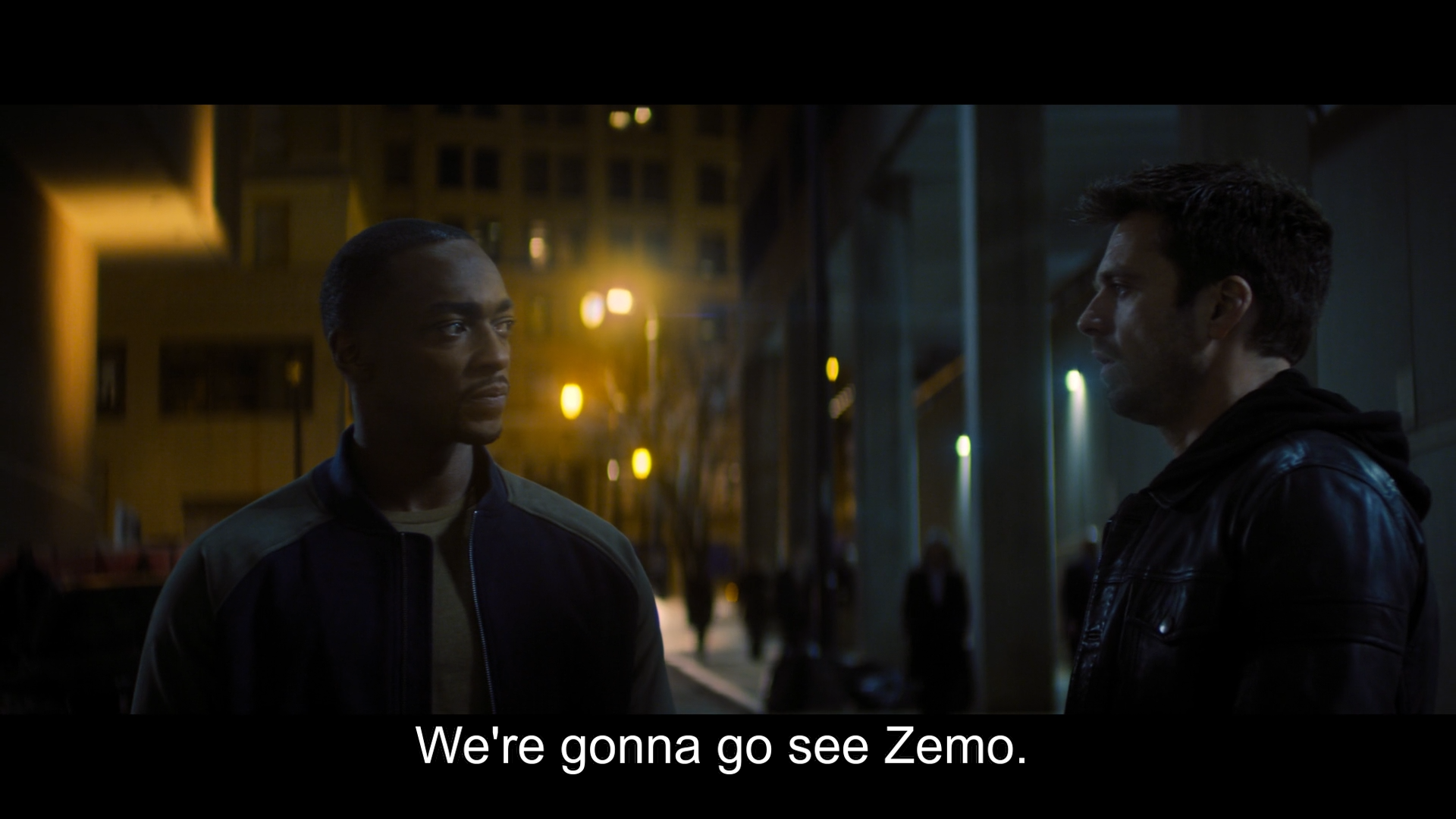 This is a big episode with major ramifications for the Marvel Cinematic Universe as a whole. John Walker has been established as the new Captain America and now Isaiah Bradley is officially in the MCU, which means a whole new can of worms will be opening soon in the near future.

Are there more Super-Soldier Serums out there? Maybe we’ll find our answers in the next episode when Sam and Bucky go and meet Zemo (Daniel Bruhl). Stay tuned on Kakuchopurei next week.

Feature
Here's Where The Infinity Stones Are Now In The MCU, Just Before Avengers Infinity War

After a whopping 18 movies and almost 10 years, the Marvel Cinematic Universe (MCU) is on an unstoppable streak. One of the main threads connecting al...

Respawn Entertainment has announced that a new System Override Collection Event will be taking place in Apex Legends starting next week, from 3 to 17 ...

For the rest of 2020's top gaming picks, head here. #5: Umurangi Generation Imagine Pokemon Snap, but in a cyberpunk world where everything's go...