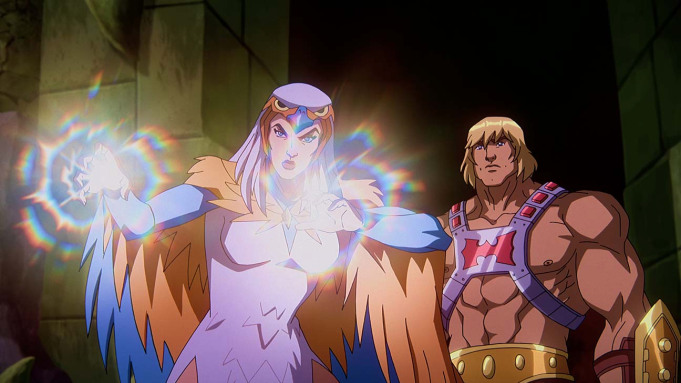 He-Man and Skeletor are back in the next Masters of the Universe reboot.

The upcoming animated show, helmed by showrunner Kevin Smith of Clerks, Jay & Silent Bob, and View Askew fame, will be out on Netflix this year on 23rd July (via Hollywood Reporter). Five episodes are planned for its current run, with production duties by Powerhouse Animation (the same team who did the Castlevania animated series). This version is meant for fans of the 80s animated series, with the team making sure that the show will not talk down its rich fantasy lore and will up the stakes in terms of the He-Man vs Skeletor conflict.

The show boasts the following voices and actors for the show:

“The war for Eternia culminates inÂ Masters of the Universe:Â Revelation, an innovative and action-packed animated series that picks up where the iconic characters left off decades ago. After a cataclysmic battle between He-Man and Skeletor, Eternia is fractured and the Guardians of Grayskull are scattered.

And after decades of secrets tore them apart, itâ€™s up to Teela to reunite the broken band of heroes and solve the mystery of the missing Sword of Power in a race against time to restore Eternia and prevent the end of the universe.”

So far, it’s looking spot-on and accurate like in the original cartoon and the previous 2002 reboot. Guess we’ll have to wait and see if these 5 episodes live up to the moniker.