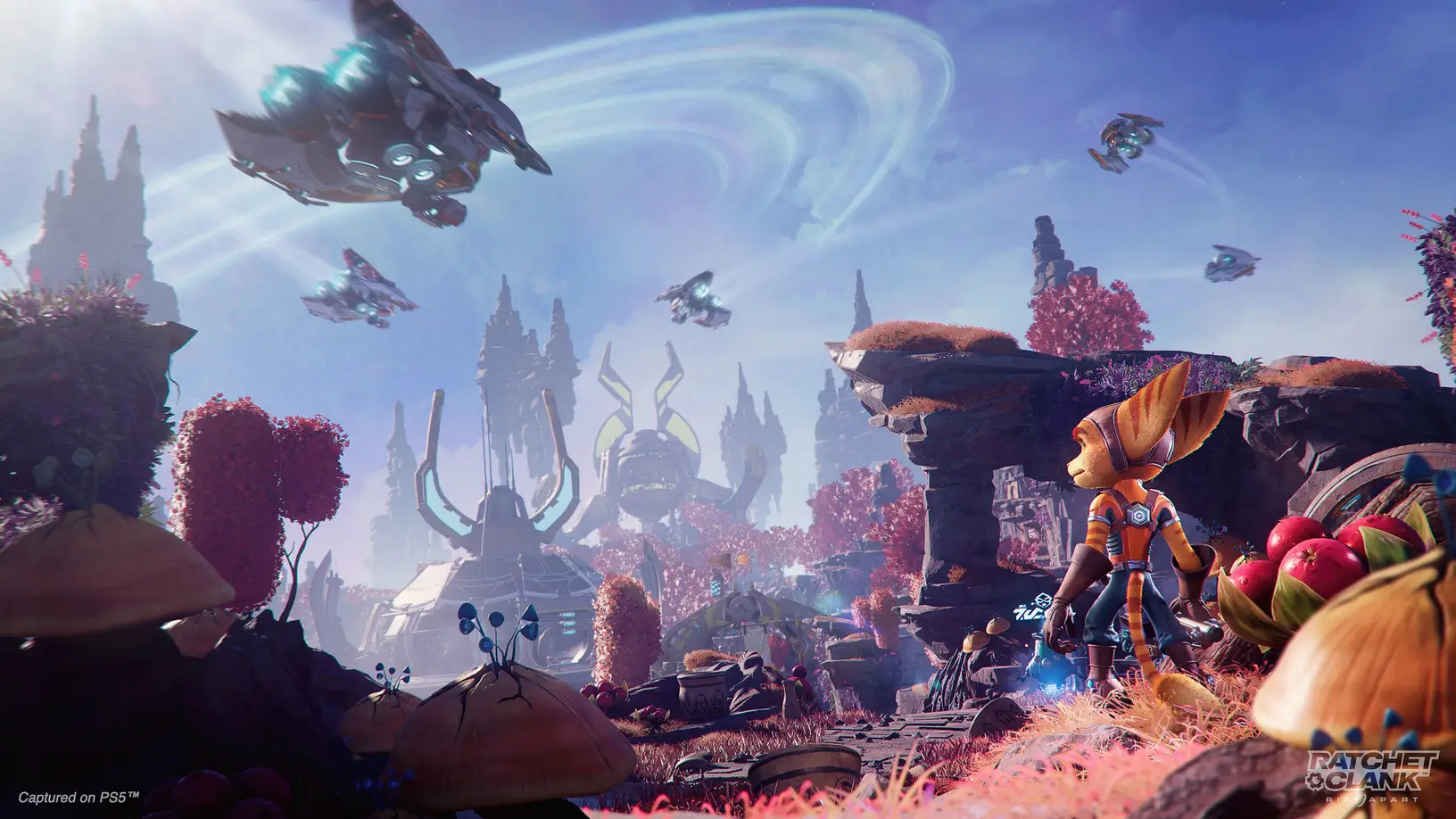 Ratchet & Clank: Rift ApartÂ is less than a month away at this point, and developer Insomniac Games is keeping up the hype. A new videoÂ narrated by Zurkon Jr. shows off the gameâ€™s variety of planets that players can visit.

Our heroes will travel across a variety of planets in Ratchet & Clank Rift Apart, including both new and old ones. Thanks to the PS5 consoleâ€™s ultra-fast SSD, you can traverse a variety of planets and their interdimensional counterparts near-instantly. These near-instant load times defy expectations by introducing dimensional variants of beloved classics that contain new twists and stories to tell.

Check out the electrifying off-the-wall nightlife of Nefarious City, or take a riveting Speetle ride through the exotic and acidic swamps of Outpost L51 on Sargasso â€“ or perhaps the treacherous, off-the-rails excitement of Molonoth Gulch is more your speed.

The previous trailer focused on the game’s various weapons. Ratchet & Clank Rift ApartÂ is slated to release for the PS5 on 11 June 2021. You can check outÂ more details here. The game will also apparently be around 42.183 GB (before the day one patch), and pre-load will begin on 4 June 2021 for those who pre-ordered.

British Esports Association Announces Partnership With The The College Of Esports