Scavengers Guide: How To Survive This Latest PC Battle Royale

The multiplayer online shooter Scavengers is out now and is in Early Access for PC (via Steam). Right now, it’s looking like a potential hit even in its current state. To recap, Scavengers is a battle royale third-person shooter that’s similar to Fortnite, except:

In other words, you need to adjust to Scavengers mechanics and change up your playstyle if you’re totally in the K/D ratio-perfecting mindset. Fortunately, we’re here to help.

Like we said, this isn’t a “kill on sight” kind of battle royale. You’re gunning for the most data, not the most kills. True, killing enemies will help as you do not want to have obstructions in your way, but avoiding firefights is key. If you have a choice between breaking down the enemy fort’s front door or finding data without being compromised, you should focus on the latter.

With 60 players per match made up of teams of three, you’re definitely going to bump into other players, so fighting the urge to engage immediately isn’t easy. If you spot another team, consider how much time is left in the match, how much salvage you need (if any) to jump up the leaderboard, and choose whether an engagement is worth losing half your data or not.

If you’re desperate, go for it. If your team is sitting on a healthy pile of the stuff, just play defensively.

Getting out with salvage and data is its own reward. Clean out NPC camps and clean up data objectives and a salvage packet will drop sooner or later. Get off the planet alive and you’ll get to unpack your rewards in the crafting menu. It’ll drop an assortment of materials to go towards unlocking new weapons, items, and skill modifiers for every explorer. The drops are randomized, so keep that in mind.

It’s basically a progression system that opens up new kit options for tweaking your playstyle and team comp. So even if you end up dead last on the leaderboard, as long as you get off with some salvage, that’s a win.

Speaking of survival, you’ll need to figure out your main survival meters: Cold and Stamina.

Stay out in the open long enough and you’ll get cold, noted by a meter near your health bar. As your cold status bar depletes, you’ll build up a freezing status faster. Winter storms accelerate the process, so stay out of them if you can, or find cover and wait them out. Enter a freezing status and ice will begin to eat up your health bar. If it covers the whole thing, you’re dead.

Counter freezing by gathering near sources of warmth, like fires and torches, or find some thermal pads to stave off the cold for a bit wherever you are.

The yellow bar is your stamina, and it drains when performing melee attacks, sprinting, dodging, or jumping. Deplete your stamina bar and it’ll chip away at your total available stamina, meaning you’ll have a lower capacity overall for physical exertion.

Keep an eye on it to avoid early exhaustion, and be sure to carry food or rations with you in order to replenish your max stamina. If you can’t find any rations through salvage, hunting wildlife is a good go-to source for food.

Use Slide To Get Around

You have to conserve energy for running and meleeing surprise enemies when ambushed. However, crouchslides do not use up stamina. Crouch out of a sprint and you can slide as long as you gathered momentum from your sprint.

This also means you can cover more ground by sliding down a hill, picking up speed along the way. The best part? If you slide off a slope and land, you don’t get any fall damage. So if you want to be styling and do a cool jump, go ahead consequence-free.

Just like in the Halo series, being sneaky helps. If you crouch, you won’t show up on anyone’s minimap. Players within around 100 meters of you will ping red on the minimap if they’re moving quickly, so stay low to sneak by or set up a perfect ambush. Avoid the red.

Click the middle mouse button and you’ll dodgeroll. This move has some generous invincibility frames, so if you are having trouble with a melee-savvy NPC or creature (like a bear), you can use this to throw enemies off-guard. 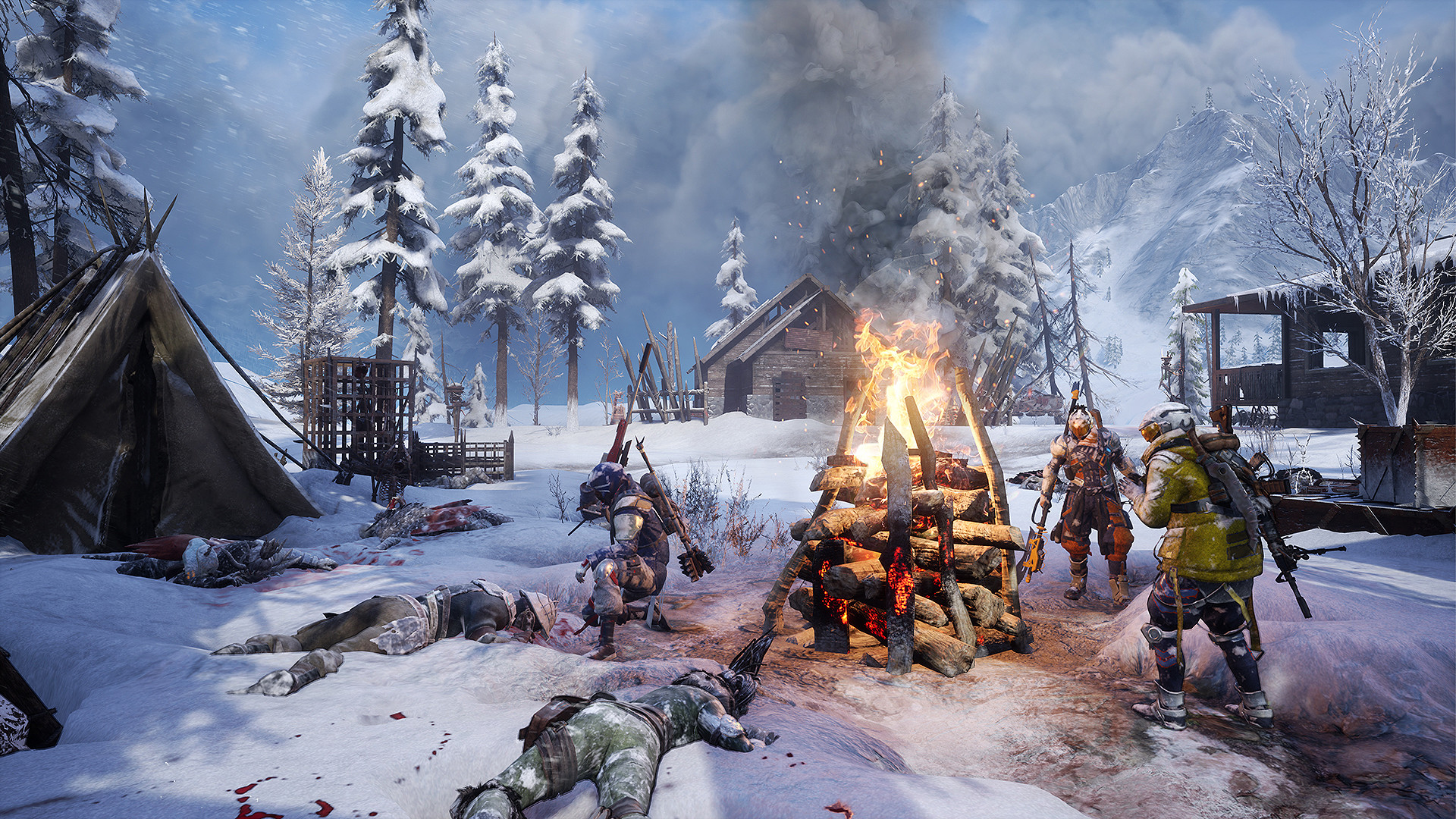 Use Upload Stations To Bank Data

If you’re eliminated, you lose half your data, and if you don’t make it off on the dropship, well, you’re going home pretty much empty-handed. Banking data gives your spot on the boards a foundation, and something to take back after the match even if you don’t make it home.

Prepare & Plan When The Dropship Appears

When the Dropship arrives, it won’t take off for 5 minutes. If you are high on the scoreboard, you have to play conservatively because EVERYONE is going to gather at perfect camping spots to ambush anyone with the highest data.

You only need to escape to lock in your data score, so find a nearby outpost to hide in and survey from. Sprint in at the last minute and pop some protection abilities to seal the deal. If others are creeping up the leaderboard while you wait, jump into the mess a bit earlier and see if you can pick off one or two players.

If you’re low on the scoreboard, you have to be a true scavenger and crouch/hide nearby to ambush anyone foolish enough to rush to the Dropship. Swoop in to clean up the scraps, because there’s going to be a lot of people killing each other in this phase.

The game’s in Early Access now and comes with a nice sign-up bonus: free 1,500 Chips. This is more than enough to purchase an extra explorer beyond the three you’re first given, so definitely take a look at which explorer could be your new favourite, or save your resources for research grinding or other cosmetics.

The Xbox Bethesda Games Showcase 2022 took place earlier today, and there were a whole bunch of game reveals. Check out all the reveals and announc...

Feature
Memories of Mars Is Fine, But Doesn't Inspire Me To Return To Its Planet

I don't usually play survival games.I've played and enjoyed shooters with survival elements, like Metro: Last Light and Stalker: Call of Pripyat. But ...

Feature
The Few Times Malaysia Was Featured As Game Levels

Malaysia's been featured in films and pop culture, most recently in the upcoming Valiant Comics series film adaptation Bloodshot. But has video games ...