What you’re getting in this article is a review of the Final Fantasy VII Remake Intergrade Episode Intermission Yuffie DLC, which is exclusive to the PS5. It is available separately from the base game at the price of RM80 on the PlayStation Store, if you already have the base game and upgraded from PS4 to PS5. 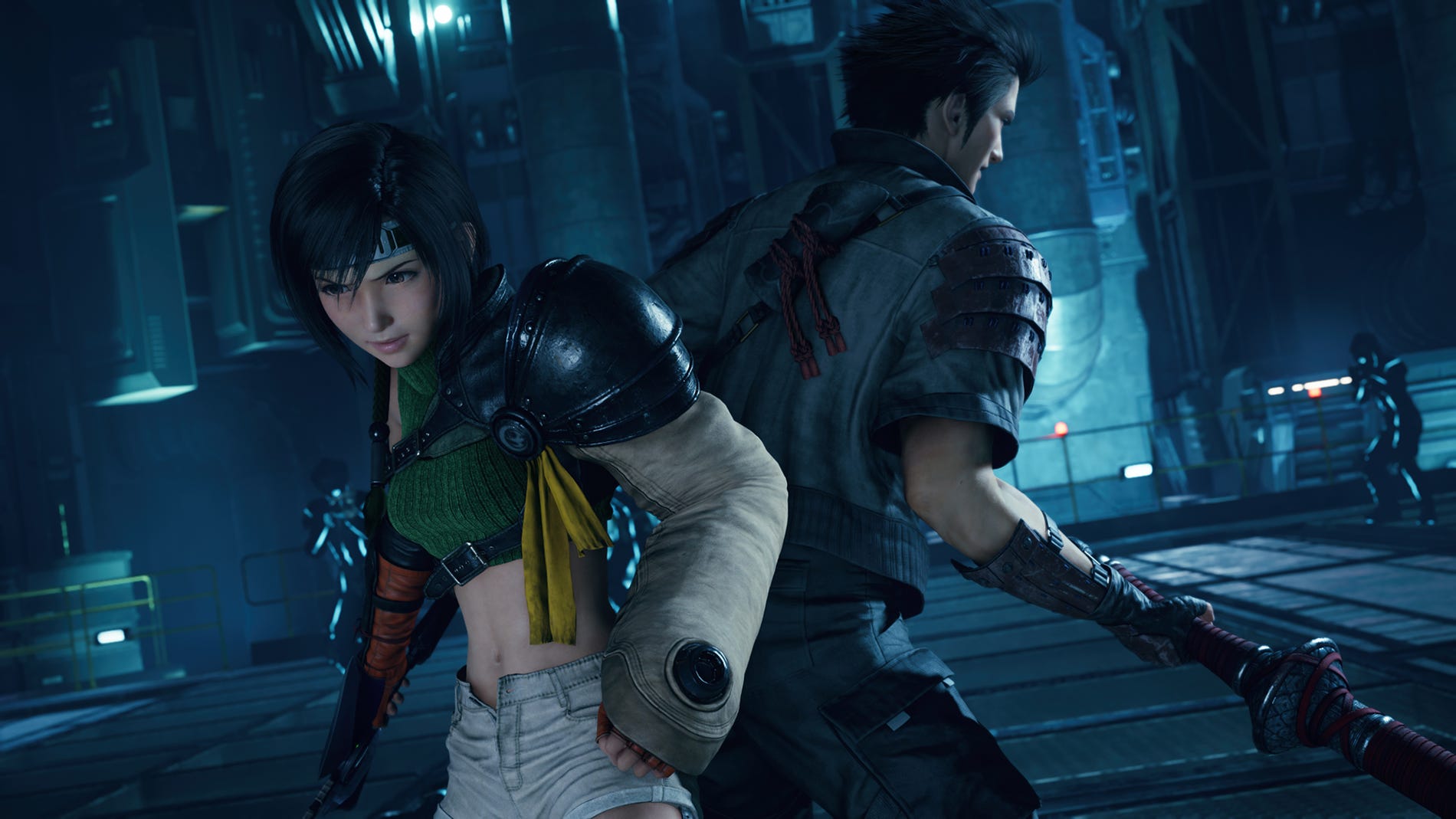 The Final Fantasy VII Remake Intergrade Episode Intermission Yuffie DLC starts with the player already at level 25 at the very beginning and doesn’t bother to explain most of the base game’s core mechanics, which means that the developers are assuming you’ve already played the base game before booting up the DLC. That said, the game doesn’t actually require you to complete the base game in order to access the DLC. If you own it, you can just jump right in. 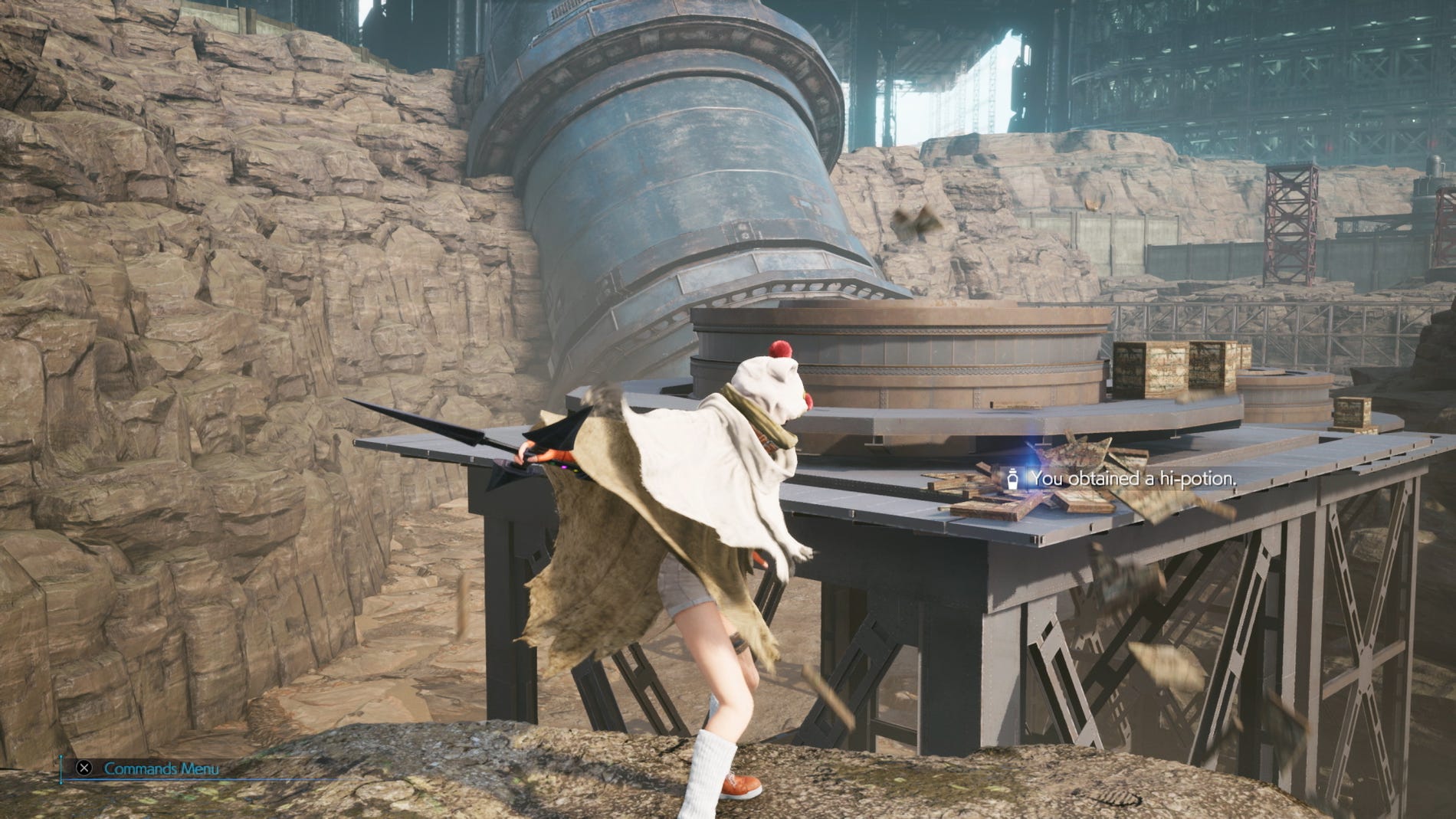 Oh, did I mention that the DLC is only two chapters long? If you’re wondering how long that takes to complete, it took me around six hours to finish the Final Fantasy VII Remake Intergrade Episode Intermission Yuffie DLC. Out of six hours, I probably spent almost two hours alone playing the Fort Condor minigames (more on that later), so the meat of the story is likely a lot shorter than six hours if you’re just looking to play through for the plot. If you’re aiming for a Platinum trophy, that will take at least two full playthroughs so you’ll get more bang for your buck that way.

Gameplay-wise and in combat, Yuffie Kisaragi is an enjoyable blast to play with. Just like each of the playable characters in the base game, Yuffie’s playstyle and move-set feel distinct and unique, distinguishing herself with acrobatic and fast attacks with a mix of both melee and ranged attacks. She might not hit as hard as maybe Cloud or Tifa, but her versatile abilities and fast moves make for a great time. All that is great, especially since she’s the only playable character in the DLC. 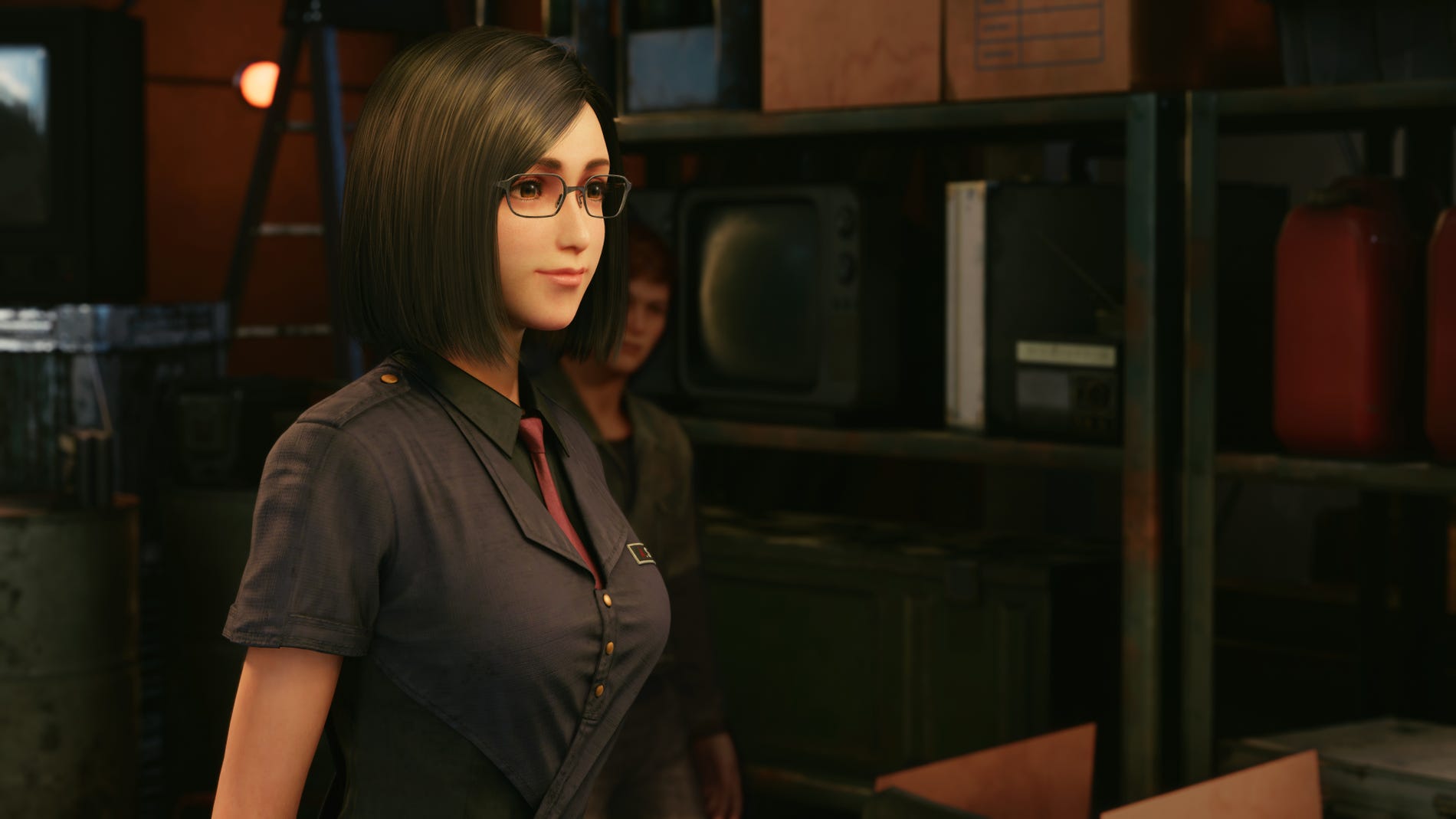 The only other character joining Yuffie in combat is Sonon, and he’s not actually playable or controllable. To make up for that, the Final Fantasy VII Remake Intergrade Episode Intermission Yuffie DLC introduces an exciting new combat mechanic that allows Yuffie to “synergise” and coordinate her attacks with Sonon. This can be toggled on and off at any time by pressing L2. Synergising your attacks not only results in flashier and awesome attacks but also deals a lot more damage and is important to defeat more powerful enemies.

Outside of combat, you can choose to partake in the excellent minigame that is Fort Condor. Let me be candid here; I usually hate tacked-on minigames in JRPGs that are just added to pad out the game as a meaningless filler (all those fishing minigames usually come to mind). However, I was pleasantly surprised by Fort Condor, and not just because I’m a fan of real-time strategy games. 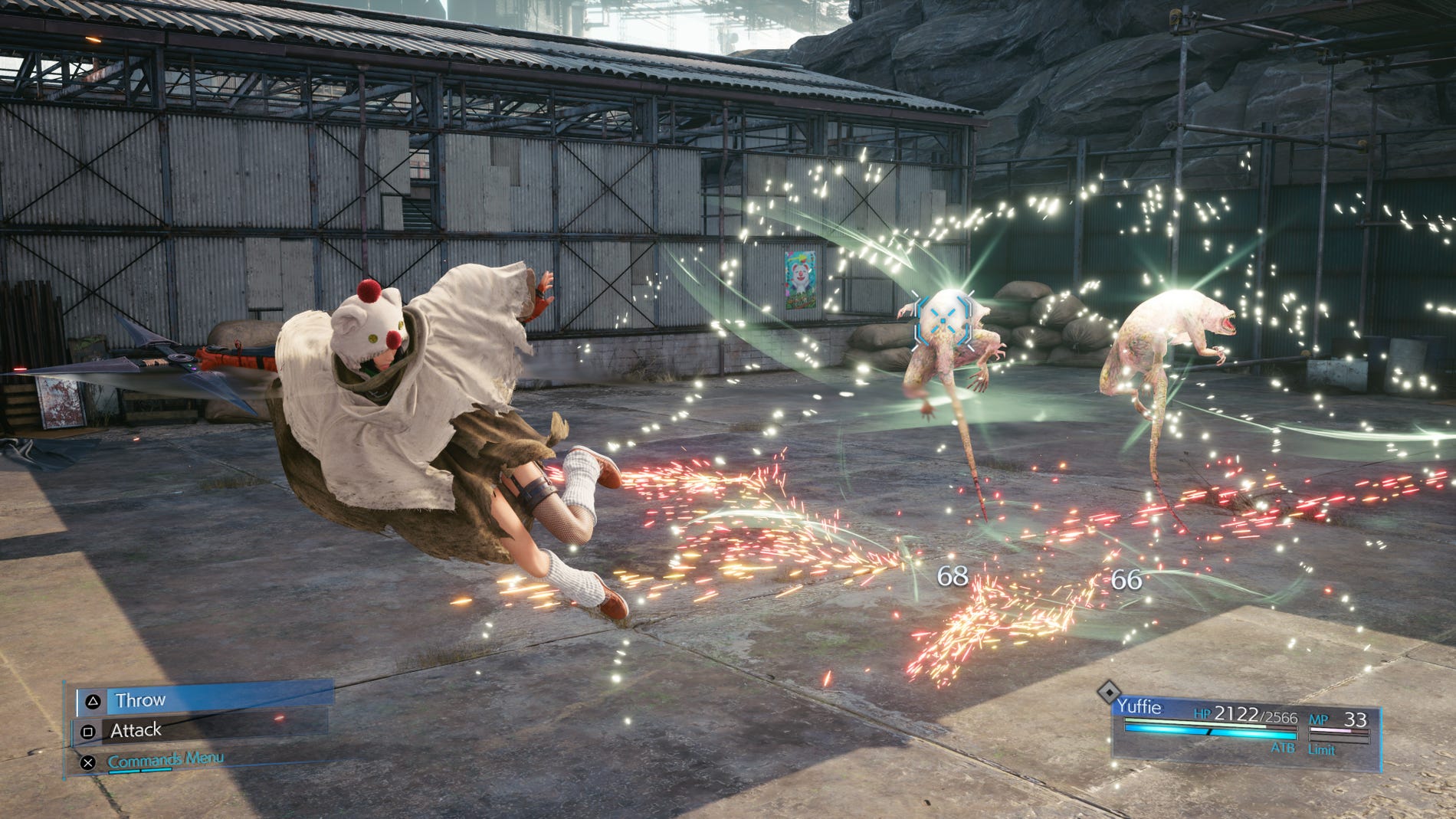 You see, Fort Condor is basically like a castle defence game with RTS gameplay elements. It works with a simple rock-paper-scissors approach that works well. It can be fun and challenging, as the board and units you choose will determine who wins.

Fort Condor is surprisingly deep on a strategic level as well, and it’s no wonder that I managed to pour almost two hours just finding and defeating all the NPC challenges in the game. It’s definitely standing on the gold pedestal next to Final Fantasy VIII’s Triple Triad.

Most of your time will be spent with cutscenes, dialogue, combat and Fort Condor, but there’s also a Whack-A-Box minigame and a combat simulator similar to the ones from the base games. While you will definitely enjoy whatever content the DLC has to offer, it does suffer from several other issues (besides the length of the game or lack of content). 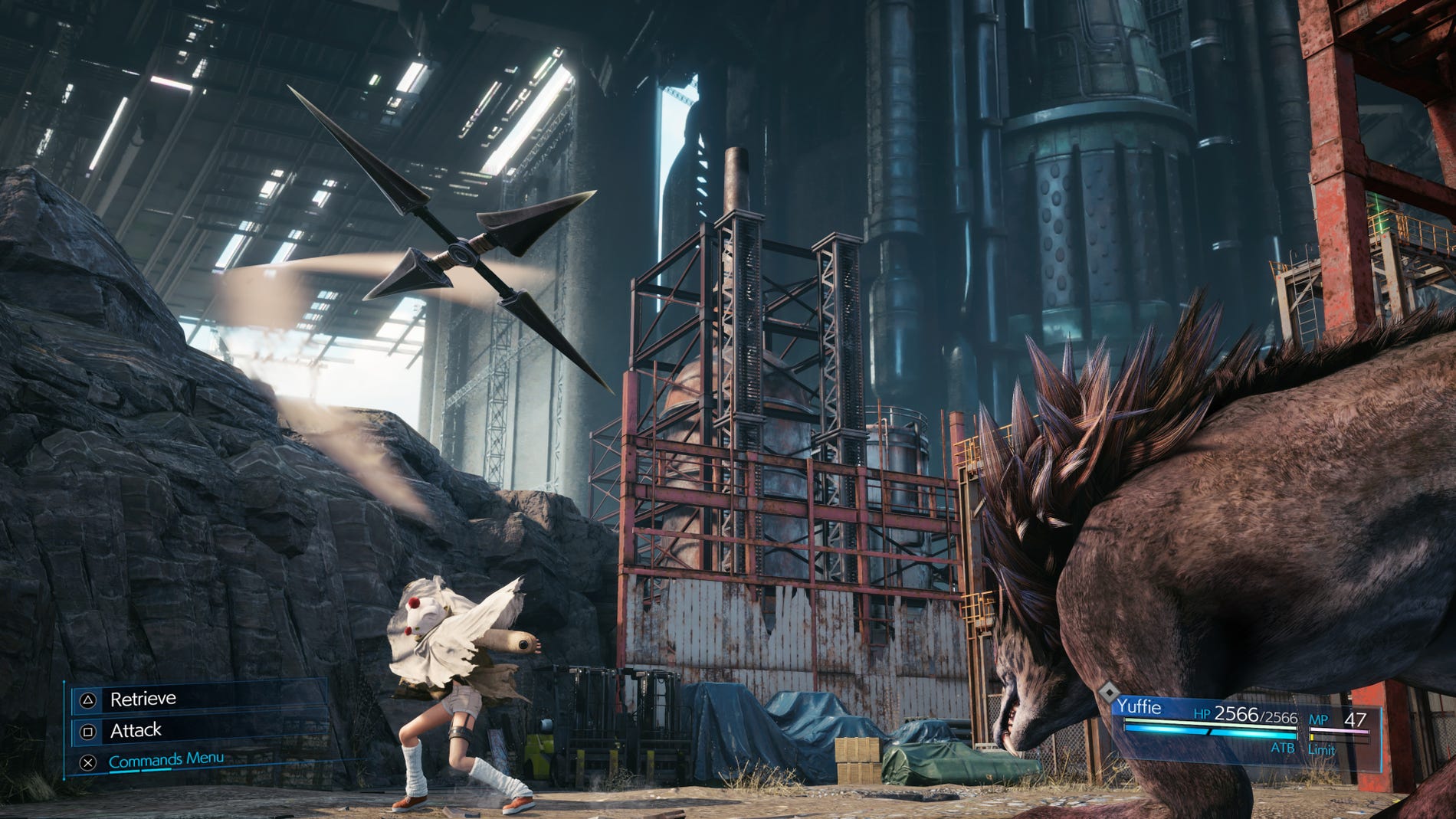 A Stepping Stone To The Sequel

One issue I had with the Final Fantasy VII Remake Intergrade Episode Intermission Yuffie DLC is that Chapter 2 is supposed to be the epic climax and highlight of the entire episode. It certainly is; don’t get me wrong, but it also feels very rushed and unpolished. The level is too short, and it basically amounts to gauntlets of combat encounter after combat encounter with nothing else to it. Loads of padding leading up to the end, in other words.

The ending of the DLC brings massive ramifications for the lore and story of the game moving forward. Unfortunately, due to how rushed everything is near the end of the DLC, more casual fans who are not up to snuff on their Final Fantasy knowledge will feel confused and perhaps even a bit cheated.

As someone who’s not particularly much of a fan of the franchise, I was left muttering to myself; “Is that really it?” Still, I’m pretty sure hardcore fans will be happy, and those are ultimately who the DLC is for. 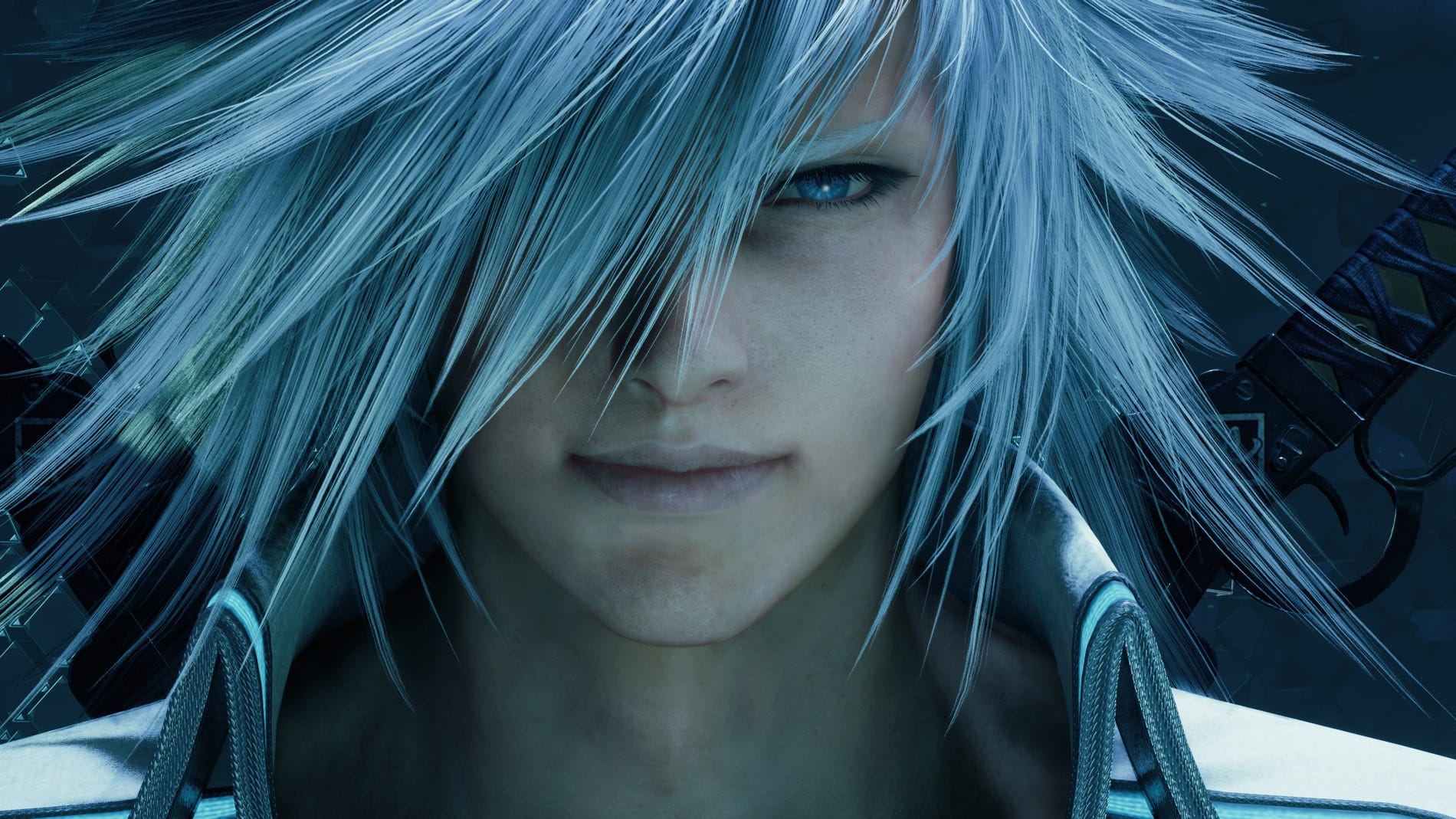 Last but not least, I found myself asking why this DLC couldn’t have been made available for those on the PS4. There’s literally nothing in the DLC that feels like only the PS5 is capable of running it. There’s no valid reason why the PS4 can’t get this DLC. Like I’ve previously mentioned, it’s just more of the base game and that reeks of Sony probably trying to get more people to buy the PS5 just for the opportunity to play this DLC. That might sound harsh, but it’s true.

Review copy provided by Square Enix. Played on a PlayStation 5.

It's a big milestone for Bethesda this week as they launch The Elder Scrolls V Skyrim Anniversary Edition to celebrate the game's 10th anniversary. Th...

Xbox owns Bethesda, which means that future marquee titles like The Elder Scrolls and Starfield will most likely be exclusive titles on Xbox consoles....

News
The Transformers Roll Out In World Of Warships Legends

World Of Warships Legends enters a new update â€“ with a ton of new ships, headlined by the ultimate Campaign prize - Pyotr Bagration, a TRANSFOR...