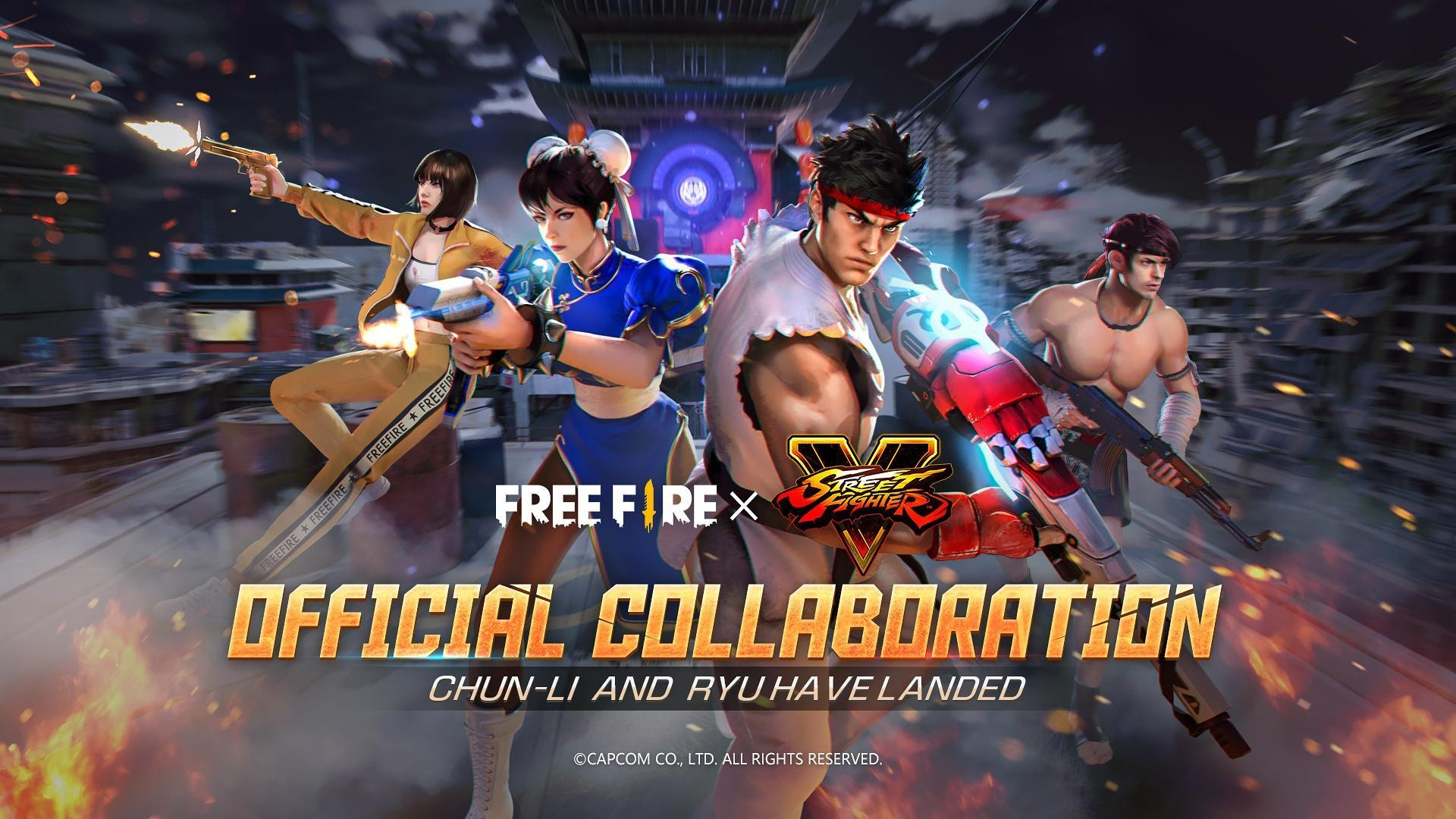 Originally announced last month, Free Fireâ€™s latest crossover event with Street Fighter V goes live today. The global event invites Survivors to bring the stylish outfits of fan favourites Chun-Li and Ryu into battle and learn the legendary Hadouken, Ryuâ€™s signature move. These will be accompanied by a host of exclusive time-limited content in the game, including an entirely special event interface, item reskins, and more.

Learn To Hadouken In Free Fire

Ryu will be bringing his signature Hadouken special attack into Free Fire. When performed, the Hadouken sees Ryu send a potent surge of spirit energy through his palms and towards an opponent. Survivors will now be able to learn and perform one of pop cultureâ€™s most recognisable fighting moves in Free Fire â€“ as an emote.

Battle in style with the Street Fighter V collection

Survivors will have access to a variety of Street Fighter V-themed fashion items inspired by the game â€“ to enable them to battle in style. These will include Chun-Li’s iconic outfit â€“ featuring her blue qipao and deadly spiked bracelets â€“ as well as a Gloo Wall skin inspired by the fighter, both of which are available from today.

In addition to Chun-Liâ€™s iconic costume, Survivors will soon be offered the chance to add Ryuâ€™s outfit to their wardrobe.

The Free Fighter crossover event will also bring to the game a host of exclusive themed items, including the Hadouken grenade and the AWM gun skin, just to name a few.

From today, Survivors can look forward to a â€œFree Fighterâ€ event that completely transforms the main lobby. Fans of the Street Fighter games will immediately recognise the Air Force Base background, which is one of the seriesâ€™ classic stages.