Who knew that the PokÃ©mon brand would make for a great team-based MOBA game? With PokÃ©mon Unite, developer TiMi Studio group and publisher The PokÃ©mon Company are riding on the mobile game cash cow that is Mobile Legends and League of Legends: Wild Rift. With the PokÃ©mon-filled online game already out in a week, there’s already a tier list set for the game. Here’s a rank of all 20 PokÃ©mon from worst to best.

As with all MOBAs, there are four types to keep track of: Attacker, Speedster, Defender, All-Rounders, and Supporter. Each of the PokÃ©mon have their own strengths and weaknesses. 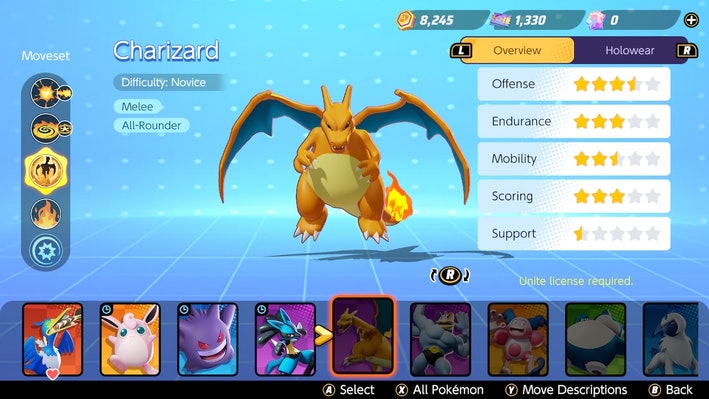 Charizard can deal a lot of damage, making it useful in the early game. After that, it gets outclassed by other all-rounders due to its slow speed and mediocre moves.

Venusaur is just outclassed by every other attacker and even some PokÃ©mon from other classes when it comes to dealing damage. You can still do okay with Venasaur, but youâ€™re better off picking almost any other PokÃ©mon in any situation.

Wigglytuff isnâ€™t a terrible PokÃ©mon; it just isnâ€™t used much because other support PokÃ©mon currently have more obvious benefits.

Talonflame is the least viable of the Speedsters. It must compete with some of the best PokÃ©mon in the game, and you can still do quite a bit with it in lower ranks or a not competitive match. There are much better choices for your teamâ€™s Speedster, though. 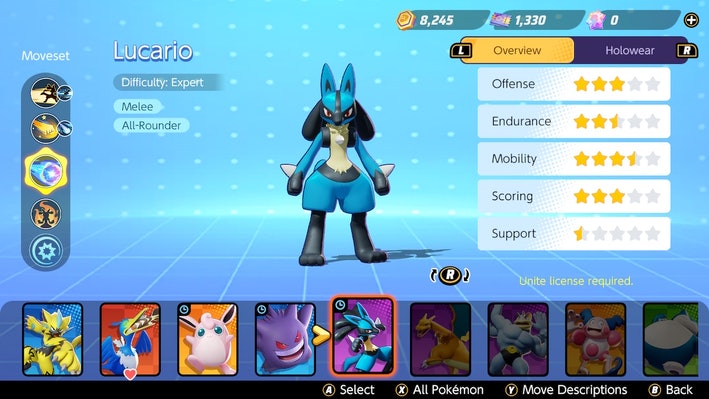 Lucarioâ€™s strength makes it a huge threat in the early game and pairs well with other strong attackers. As other PokÃ©mon level up and evolve, they will catch up to Lucario in strength, though it can still hold its own if you play well.

Greninja can be a major threat in the right hands, but it’s hard to use for newcomers. Itâ€™s pretty weak within the early game, and for an Attacker, its moves are much more situational.

Slowbro can stall teams, though it’s outclassed by other Defenders who have better damage.

Garchomp is powerful in the long game, but it takes forever to level up. Plus, its pre-evolutions are outclassed in the early game.

Mr Mime’s barrier is great to use to annoy enemies. Apart from that, some high-tier Defenders fill that role of support and defense better than Mr Mime. 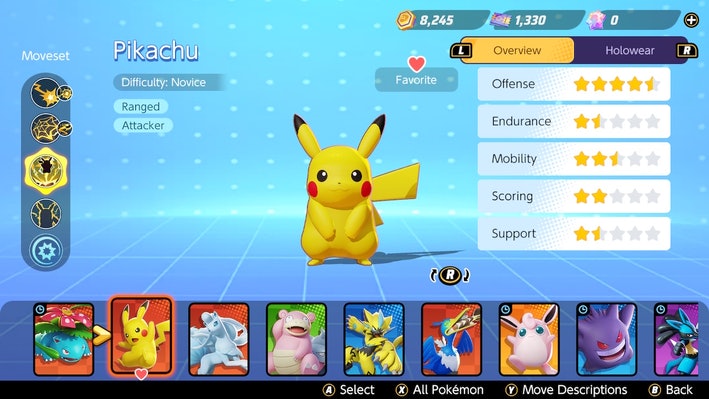 A solid pick for anyone who wants to start out in a MOBA. Pick this critter if you want to complement teams with already-filled support and defense roles.

This all-rounder is good for attacking and defense. Have this PokÃ©mon around for damage and blocking oncoming attacks.

Gengar is great for damage during the mid and late game. Use the Sludge Bomb and Hex combo to get ahead with debuffs and damage against enemy teams.

A good defensive PokÃ©mon; perfect for filling in teams with all attackers and support.

NEXT: A and S Tier

Feature
Devil May Cry 5 Beginner's Guide: The Best Skills To Unlock First For Each Demon Hunter

We're loving Devil May Cry 5 right now. But we have to admit; it's pretty tough. And there's a plethora of options and unlocks that can overwhelm you...

Feature
*SPOILER ALERT* - What Next After Infinity War and Avengers 4?

Hi! Before we begin, we would like to stress that this will be a spoiler-ridden post so if you are yet to watch Avengers: Infinity War, we strongly su...