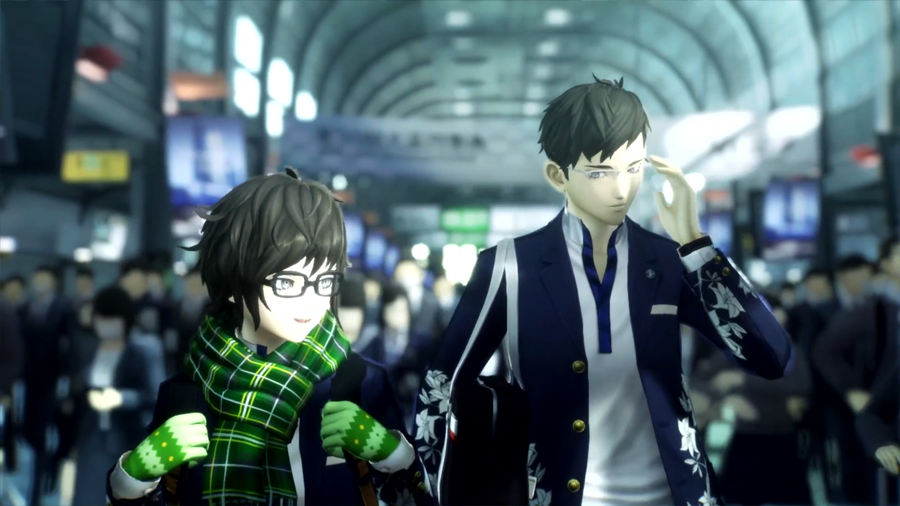 Atlus just revealed more Shin Megami Tensei 5’s gameplay, this time about the game’s other characters who will interact with the protagonist.

True to past SMT titles, your main character, a mild-mannered Tokyo student who becomes the Nahobino, will have friends from high school to interact with and possibly ally with later in the game to determine the ending(s) and moral path (via Game Informer). They are:

Yuzuru Atsuta – Principled and upright student, and good friends with the protagonist. Responsible, capable, and assertive. A shoe-in for a Law character

Ichiro Dazai – A cheerful guy who can be a bit bumbling. Loves to livestream events he’s in. Most likely the representative of Chaos.

Tao Isonokami – A caring and kind-hearted classmate of the group. Part of the Bethel organization, a group that fights the demons they encountered in Da’at, the alternate world filled with demons that are set on invading Tokyo.

Hayao Koshimizu – Japan’s prime minister, and the main representative of the Japanese branch of Bethel. Looks totally like a trustworthy NPC.

While these characters seem standard, SMT veterans will know better. Either you’ll have to side with one of them for a particular ending, or one of them ends up tragically dying and set the pace of the story’s dark climax. Check out the gameplay below.