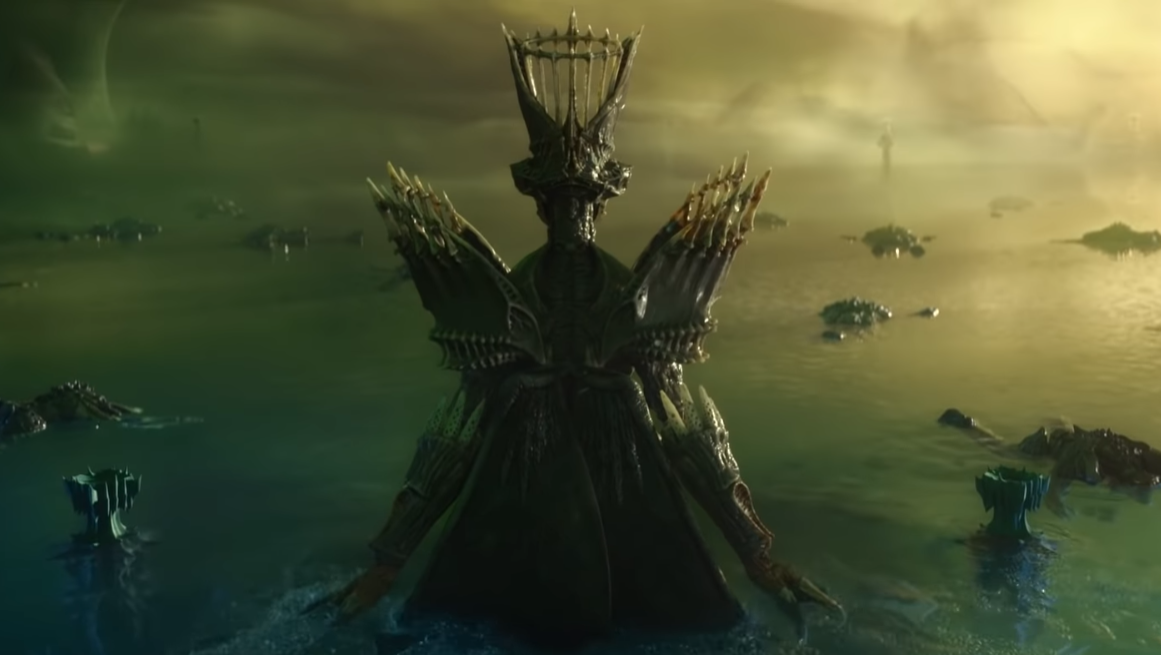 Bungie is gearing up its major Destiny 2 expansion reveal later this week, so here’s a sneak peek.

The teaser below showcases the next big bad in the series: Hive Witch Queen SavathÃ»n, who is renowned for destroying The Last City. She’s also pretty tall; about 21 feet according to a recent Bungie tweet. The reveal will be on 25th August 0:00 GMT+8; that’s later tonight just after 11:59pm in Malaysia/SG/Philippines time.

We have limited details on this embodiment of the Witch Queen Savathûn, but her stature suggests a height of 21 feet.

According to rumours and leaks, the next Destiny 2 expansion will probably take place in Earth’s Old Chicago and may introduce a new elemental power, much like how the last expansion did with Stasis. The expansion’s full reveal date will also debut a new season called Season of the Lost and will feature the return of Queen Mara Sov, a key character in Destiny lore who has been absent for a while.

The Queen returns in Season of the Lost.