The Suicide Squad is now showing in selected cinemas in the US and on HBO Max. And we have to say: the film is definitely a wild ride.

From the beginning of the movie right to the end, director James Gunn makes full use of the movie’s R rating. It has more of a comic book vibe and it’s probably the most fun DCEU movie to date thanks to Gunn’s signature humour, gore, and stylistic choices.

However, this isn’t a review of The Suicide Squad. I’ll be explaining the ending of the movie and breaking down some elements, so if you haven’t watched the movie or planning to at some point, here’s where you can stop reading before we directly enter spoiler territory.

Don’t say I didn’t warn you:

The Suicide Squad: Who Lives And Who Dies 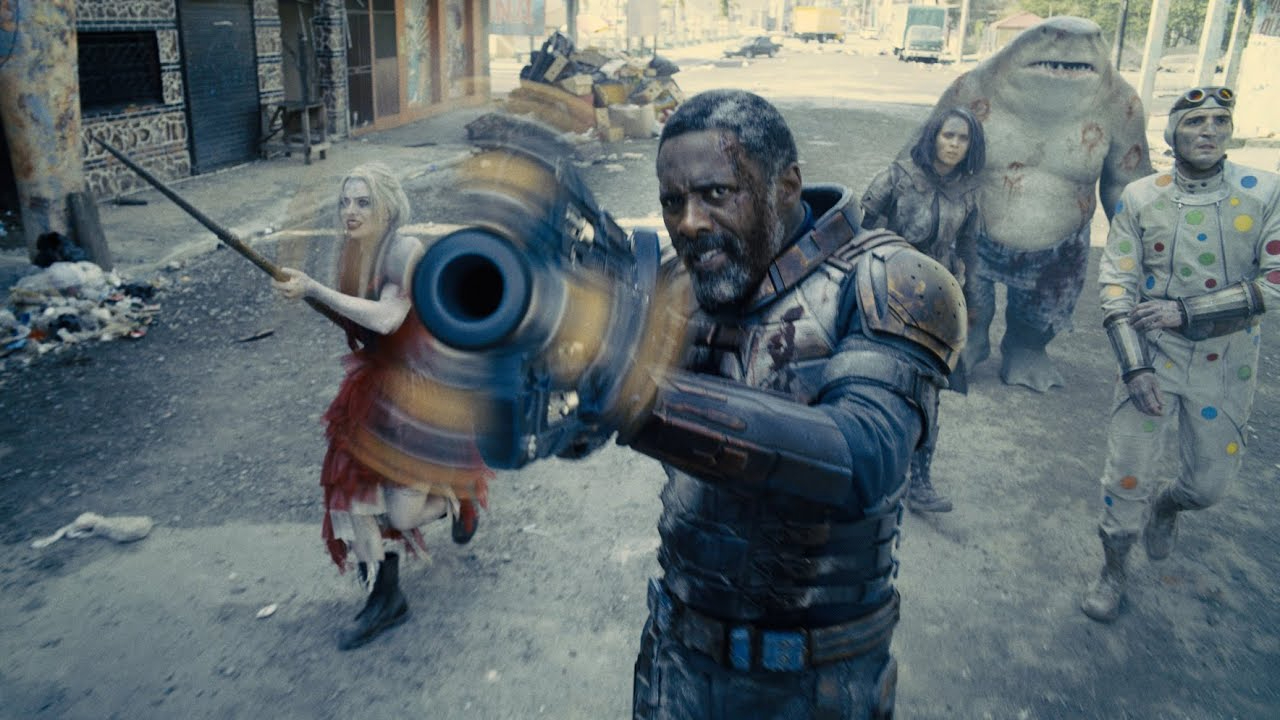 After this violent opening, the movie flashes back to three days earlier before all these villains were recruited by ARGUS director Amanda Waller to go on that ill-fated mission. This segment introduces us to the true main characters (or protagonists) of the movie before eventually returning to the present (where the mission is taking place).

The Suicide Squad is tasked with destroying Project Starfish, which is located at the Jotunheim science facility in Corto Maltese (more on Project Starfish below). More important characters die throughout the duration of the movie, including The Thinker (Peter Capaldi), Rick Flag (Joel Kinnaman), Polka-Dot Man (David Dastmalchian) and apparently even Peacemaker (John Cena).

At the end of the movie, it’s revealed that Weasel (Sean Gunn) didn’t drown and is actually still alive. In the post-credits scene, it turns out that Peacemaker survived his duel with Bloodsport (Idris Elba) and that will have ramifications for the future (more on that below as well). 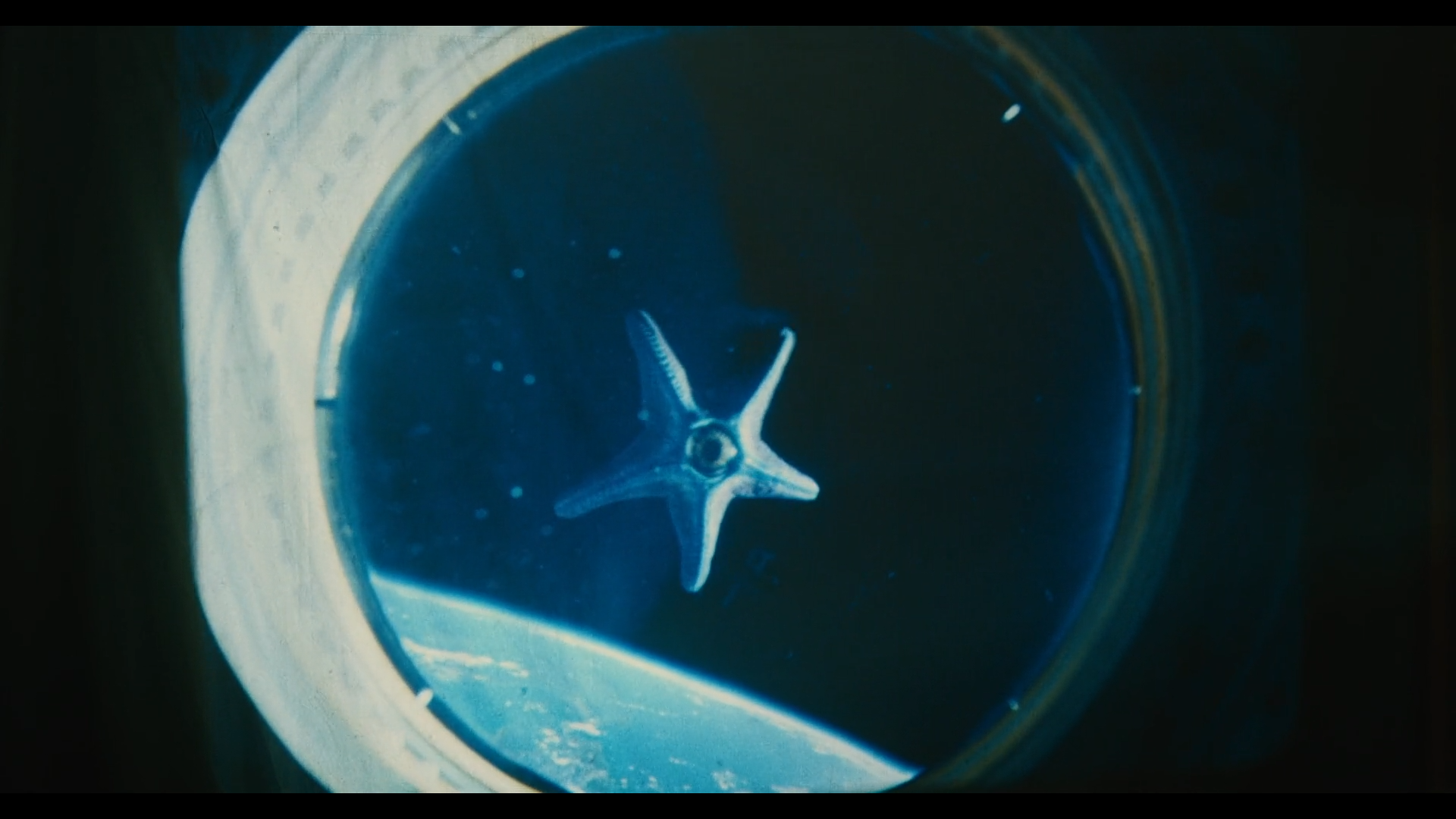 In the comics, Starro The Conqueror is an alien being resembling a giant starfish with a single central eye. He is extremely powerful, having the ability to spawn small duplicates, spores or clones of himself to attach to other living things in order to take control of their consciousness and host bodies.

Anywho finds themselves controlled will essentially be an extension of Starro himself, which means that Starro can communicate and speak via these hosts.

In The Suicide Squad (and by extension, the DCEU), American astronauts were the ones who discovered and captured a tiny Starro, who was simply floating through space at the time. They brought him back to Earth and experimented on him by using his duplicates on actual human beings, including innocent men, women and children. 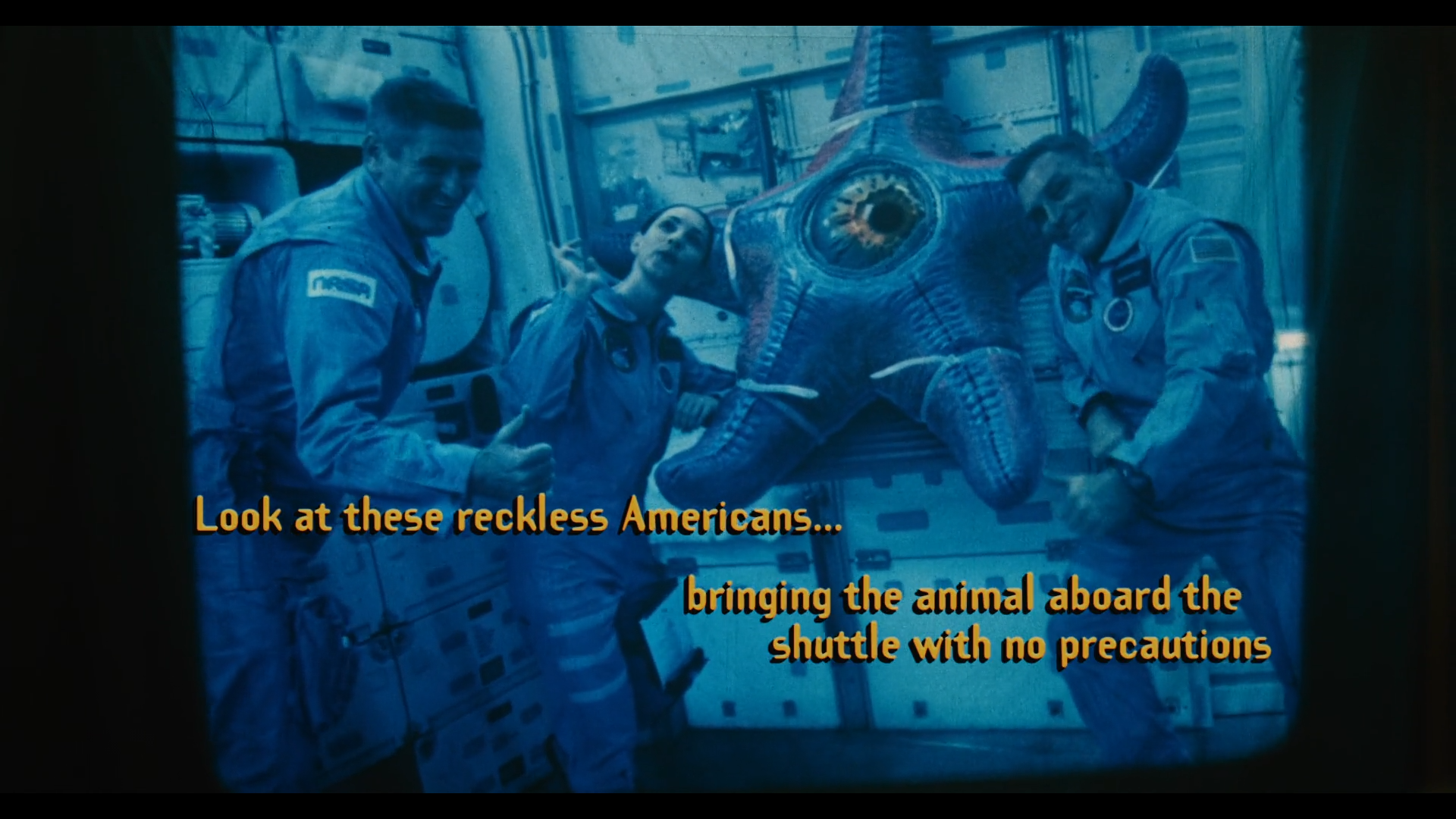 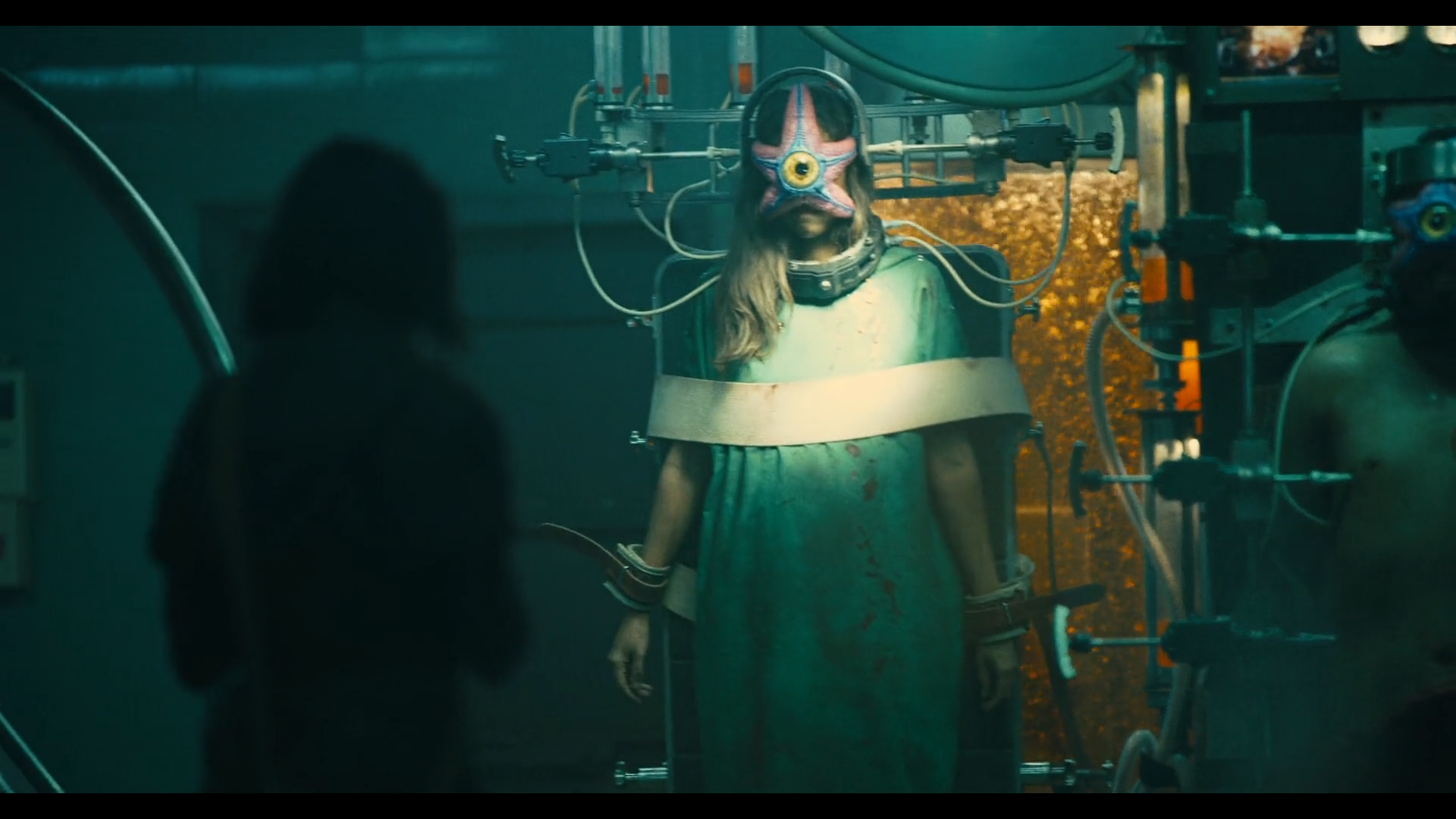 To avoid scrutiny and attention, the US government chose to conduct the Starro experiments (codenamed Project Starfish) in the unassuming and small island nation of Corto Maltese. This is also the reason why Peacemaker killed Rick Flag, the latter of whom only wanted to reveal the atrocities committed by the US government to the world.

At the end of the movie, Starro escapes and wants to take revenge on humanity, but the surviving remnants of the Suicide Squad manage to stop him. They then use the information of the US government’s involvement with Project Starfish against Waller, demanding that she free them in exchange for keeping the secret.

The movie also makes a final twist at the very end when Starro dies. Just before his death, Starro imparts the following final words, indicating that he too was innocent at the very beginning and that the US government exploited him against his will:

“I was happy, floating, staring at the stars.” 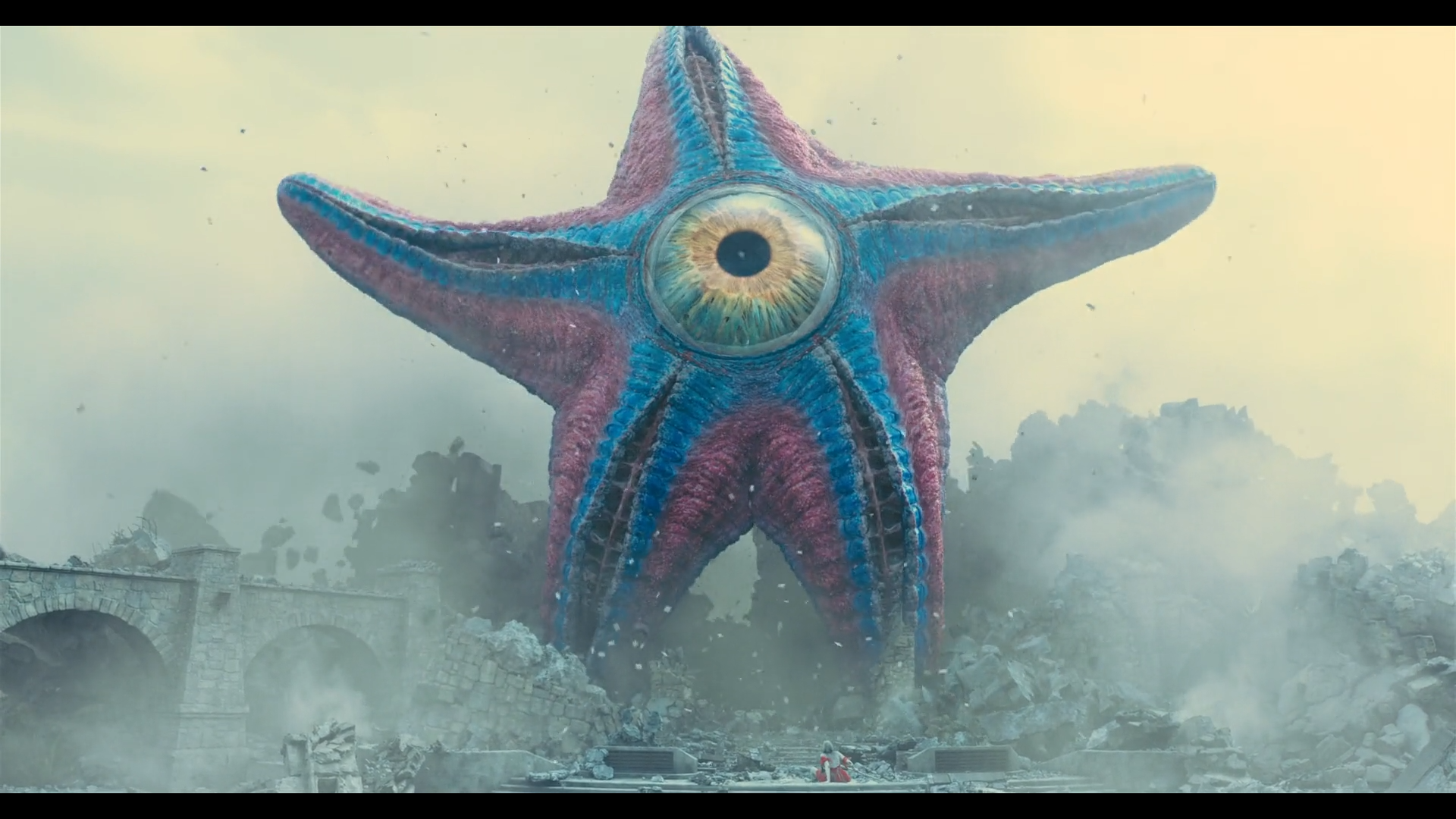 Starro The Conqueror in his full glory.

Will We See Starro Again? Who Is Jarro? 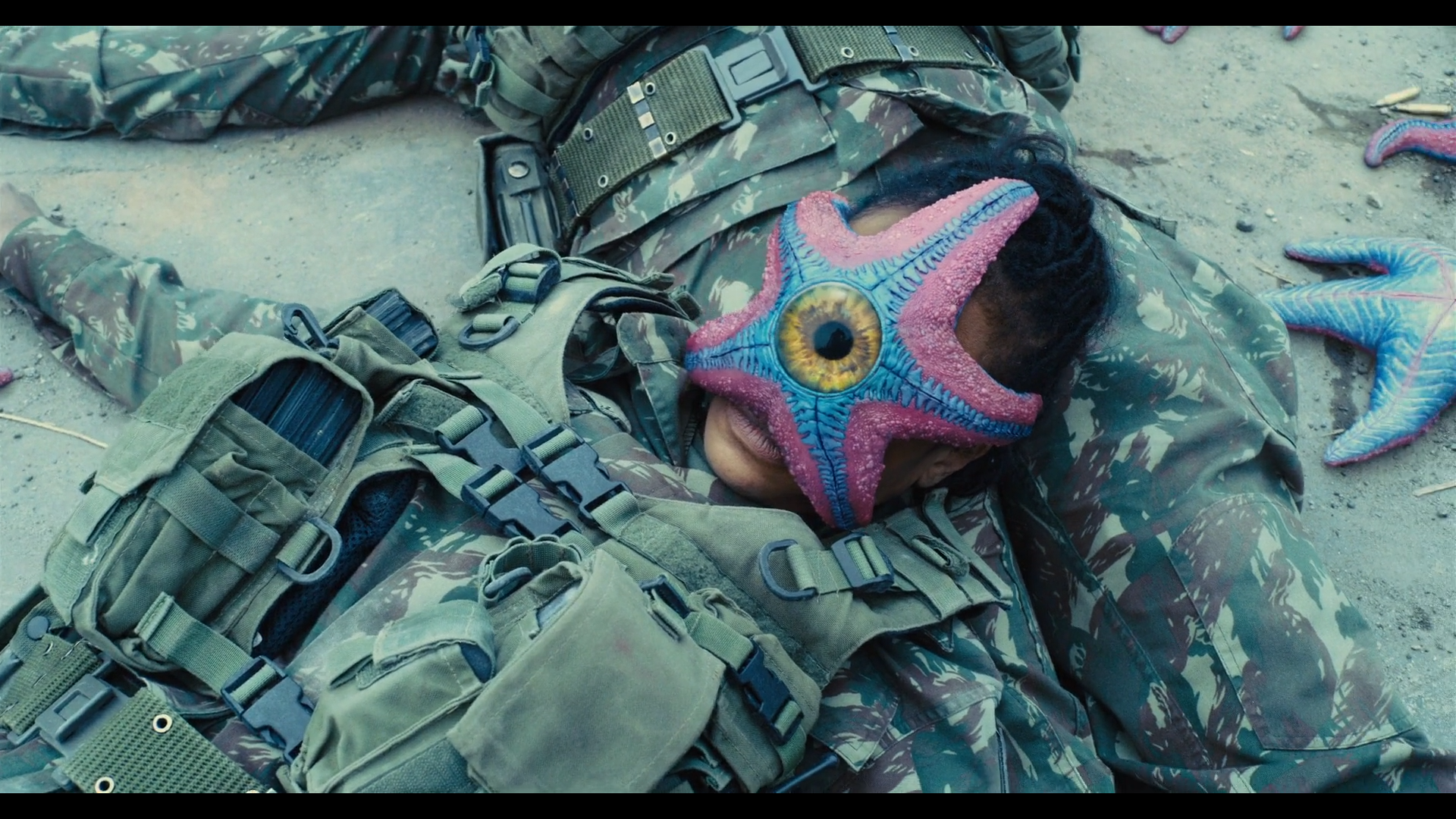 The answer to the first question is likely no, considering that Starro is dead. Still, that doesn’t discount that he could somehow come back to life via a small surviving piece that grows into a new duplicate of Starro, just like it did in the comics pretty recently.

In the comics (during the events of Justice League No Justice by Scott Snyder and Francis Manapul), the giant version of Starro The Conqueror redeemed himself by sacrificing himself to defeat the universal threat that was the Omega Titans. However, it turns out that Batman managed to preserve a tissue sample that grew into a new individual named Jarro.

This Jarro is much closer to the size of an actual Earth starfish (just like Starro originally was), and he has the added advantage of being raised by Batman. Jarro is now a fan-favourite character for his father-son relationship with Batman and his dreams of becoming a Robin, both of which are amusing and heartwarming at the same time. 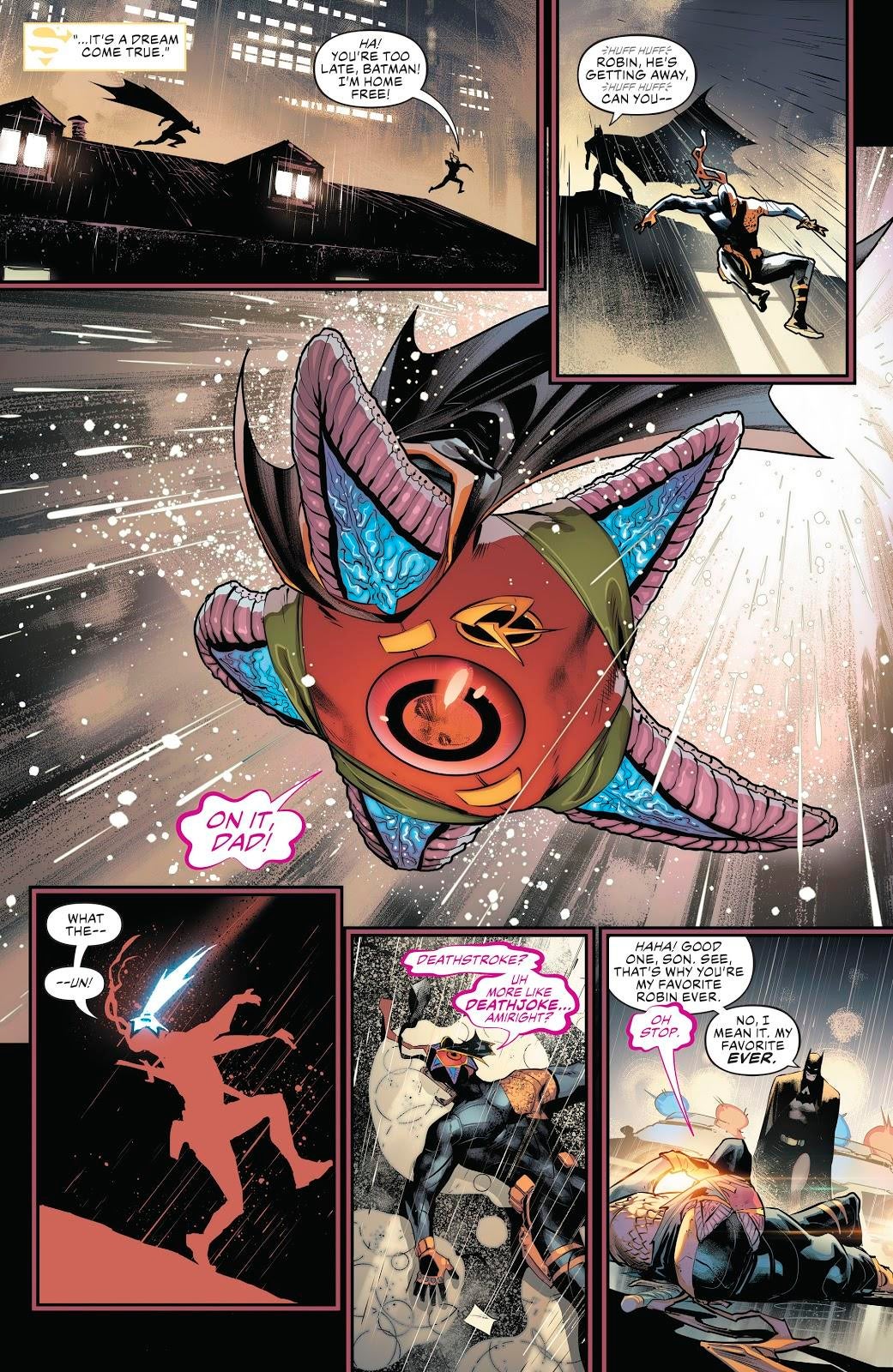 It’s hilarious that this all only happened in Jarro’s active imagination. 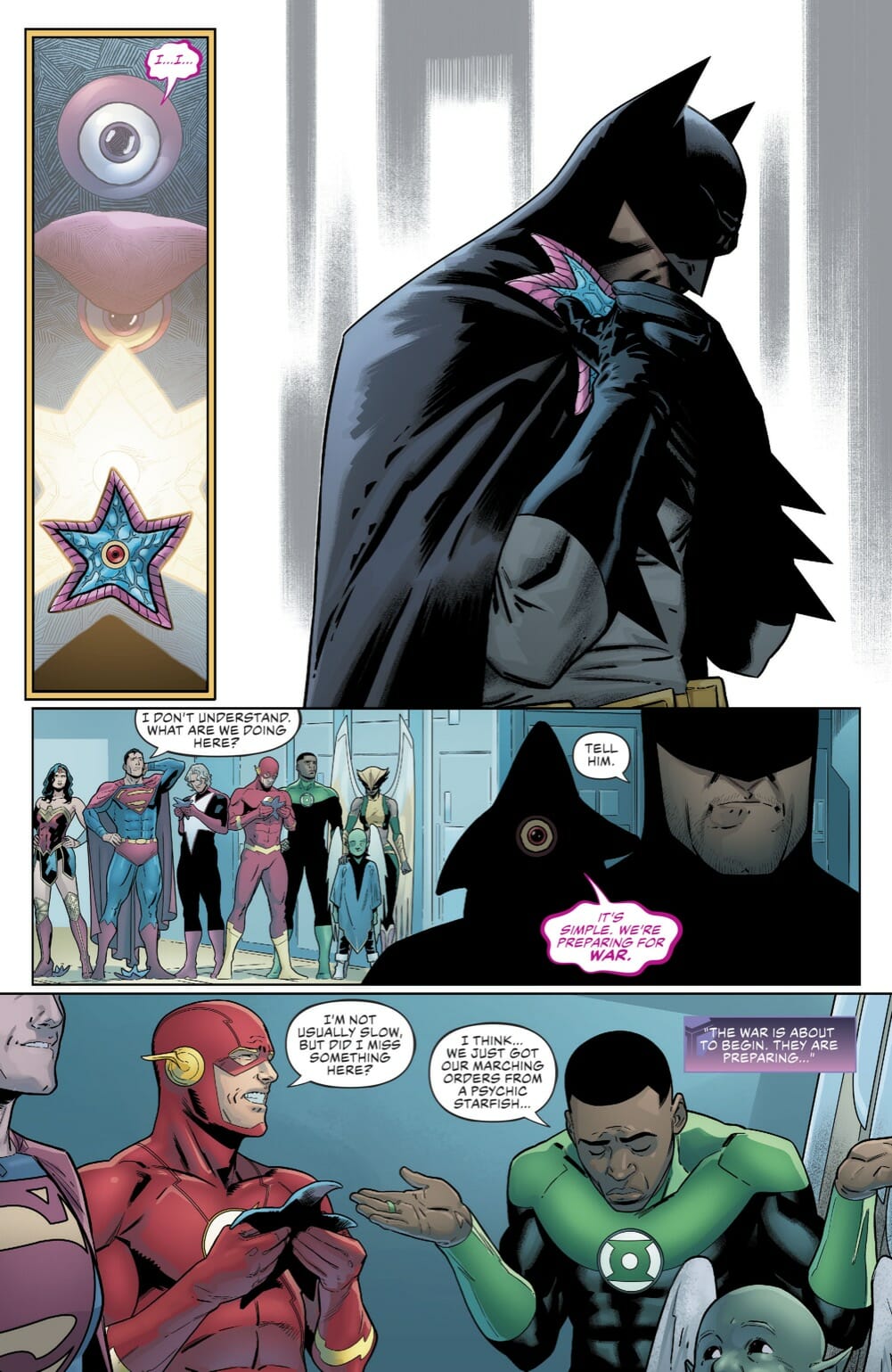 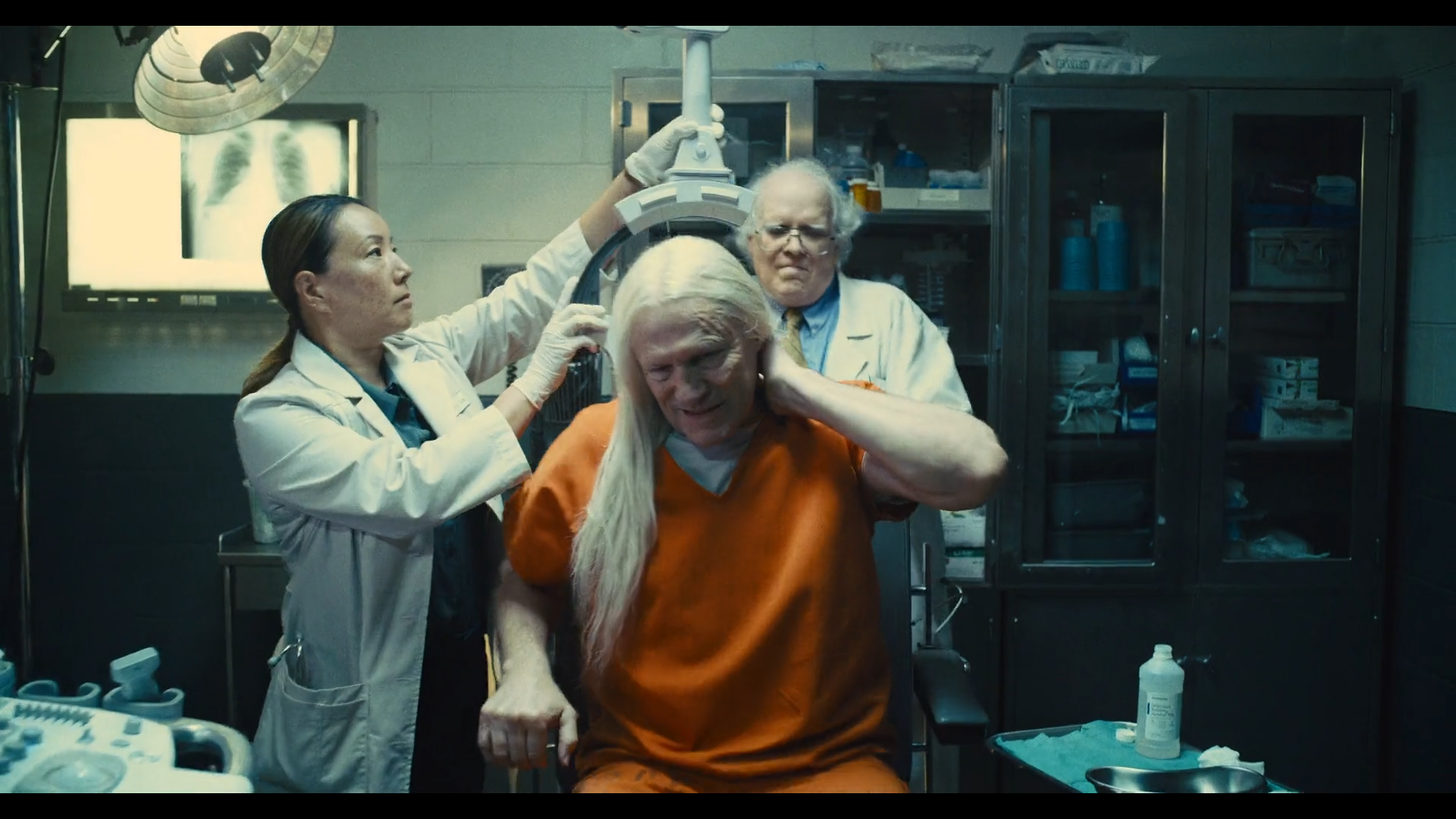 John Ostrander is the scientist wearing spectacles behind Savant.

At the beginning of the movie (in a scene that takes place at the Belle Reve prison), we can John Ostrander playing the role of Dr. Fitzgibbon, who injects the bomb into the head of Savant (Michael Rooker). Ostrander is best known for writing one of the most influential and iconic runs of the Suicide Squad comics in the 80s, which is cited by director James Gunn as one of the main influences for the movie.

He even speaks a line in the movie, saying “Good dog” to Savant after injecting him with the head bomb. 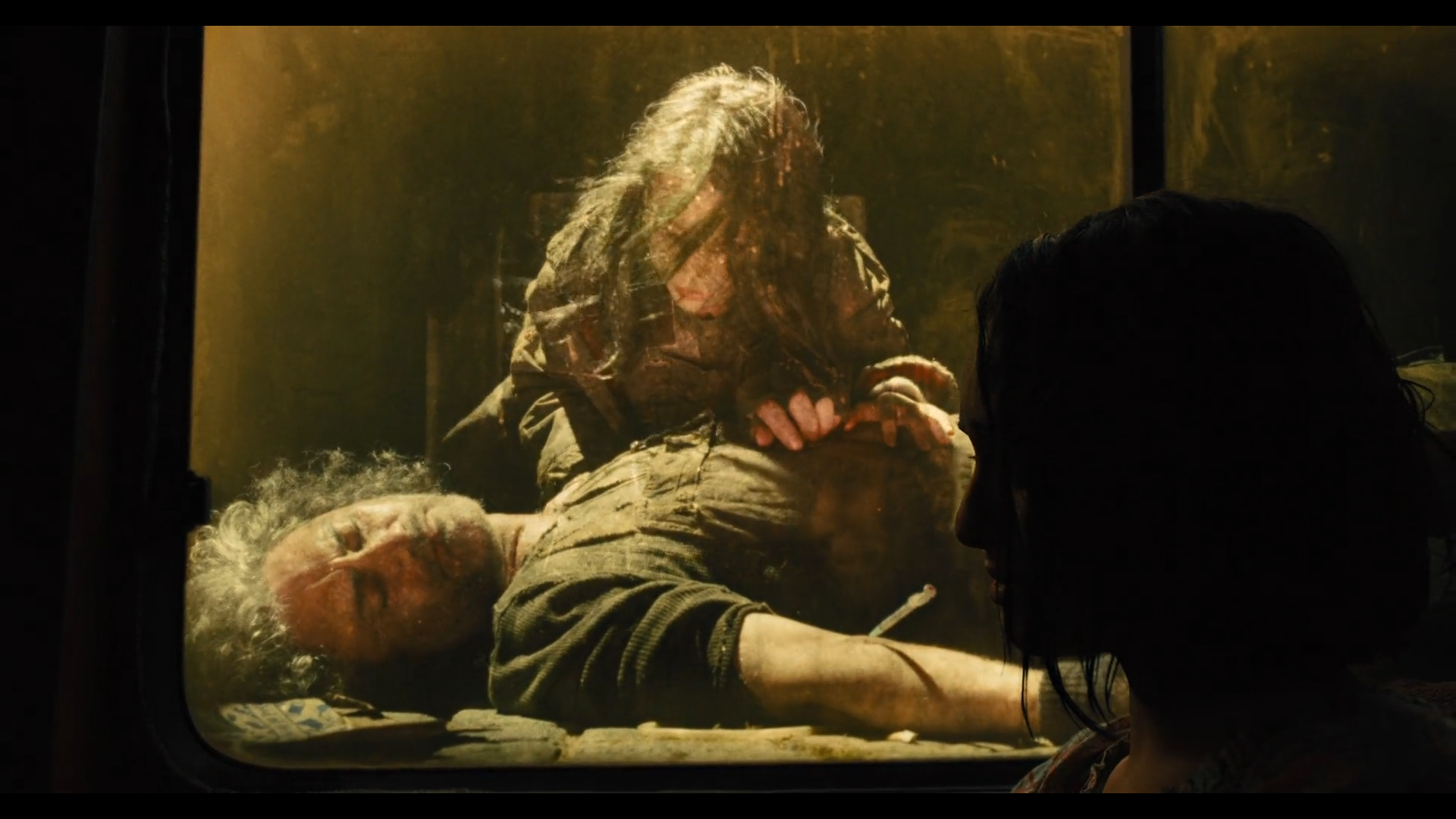 In case you missed it, Taika Waititi portrays the role of Ratcatcher I, the father of Daniela Melchior’s Cleo AKA Ratcatcher 2. In that brief flashback scene that barely lasted a minute or two, Waititi played a small role in The Suicide Squad. Yes, the same Waititi who directed Thor Ragnarok, Jojo Rabbit and the upcoming Thor Love And Thunder. 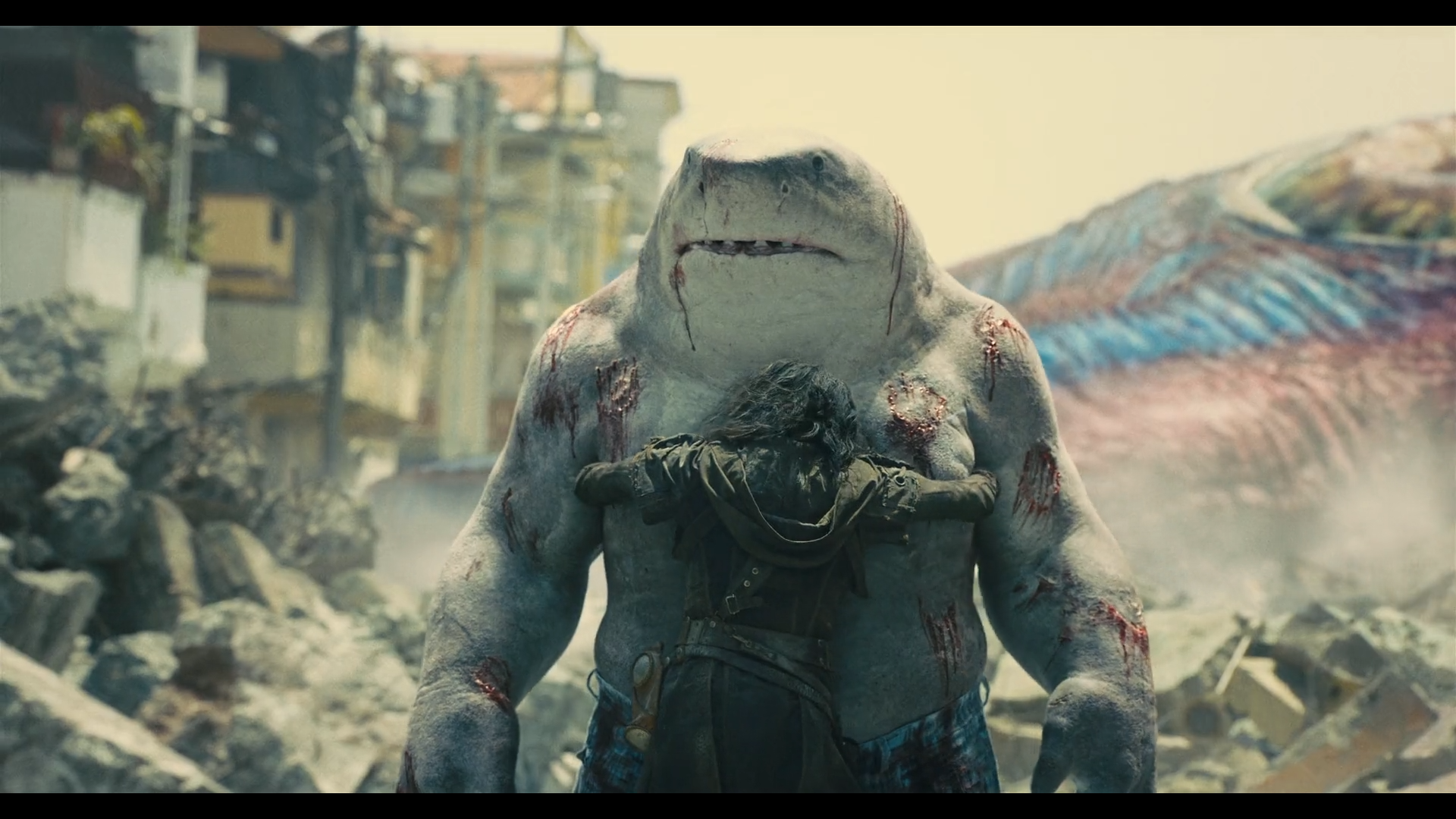 If Nanaue AKA King Shark sounds familiar, that’s because he’s voiced by none other than Sylvester Stallone AKA Rocky Balboa and Rambo himself. His performance brings an endearing quality to the character, making him a beloved one from start to end. 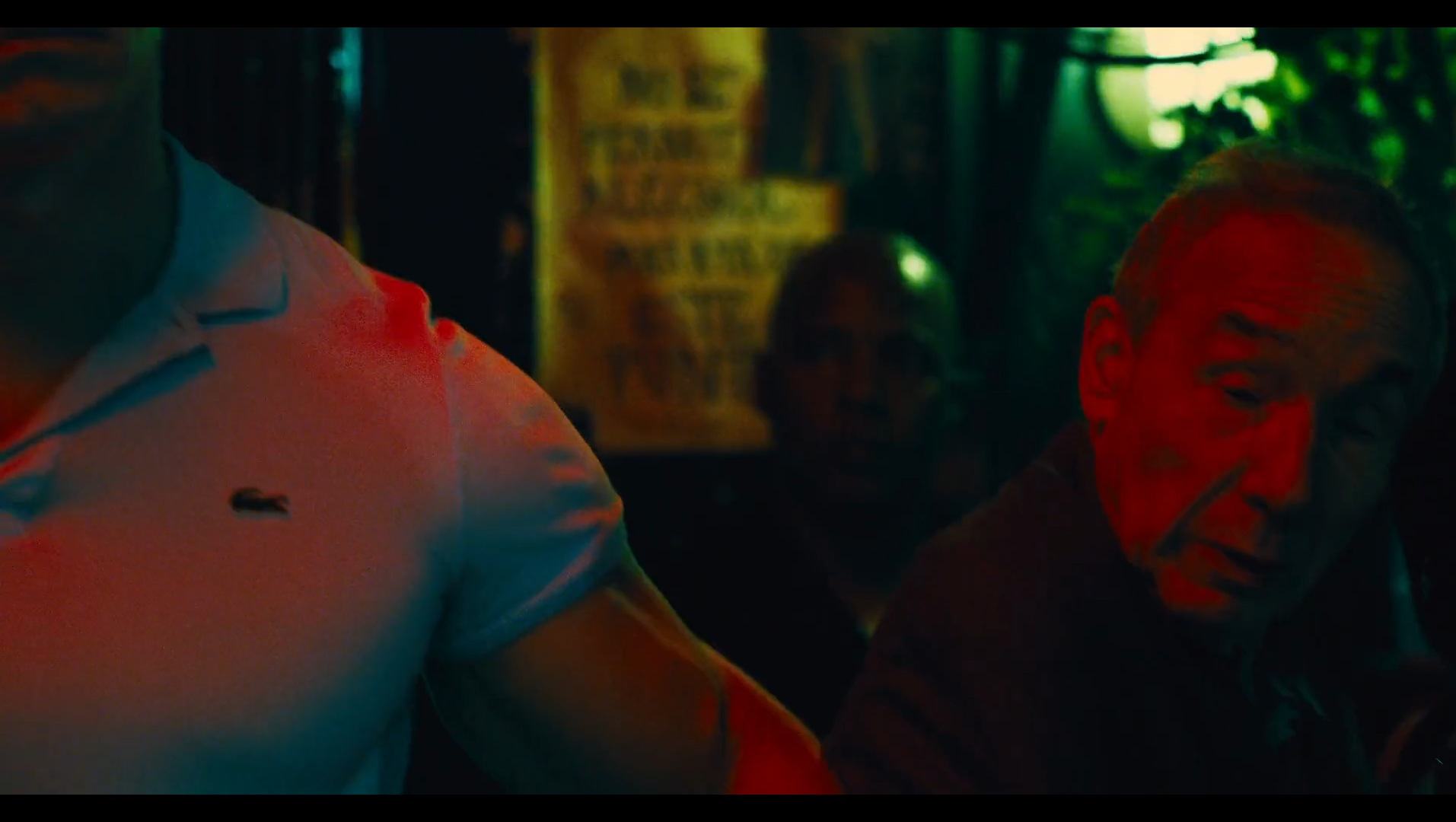 James Gunn’s Troma collaborator Lloyd Kaufman also makes a “blink-and-you’ll-miss” cameo during the show’s nightclub scene. Without Troma Entertainment, there would not be a James Gunn, so kudos to him for this spot. 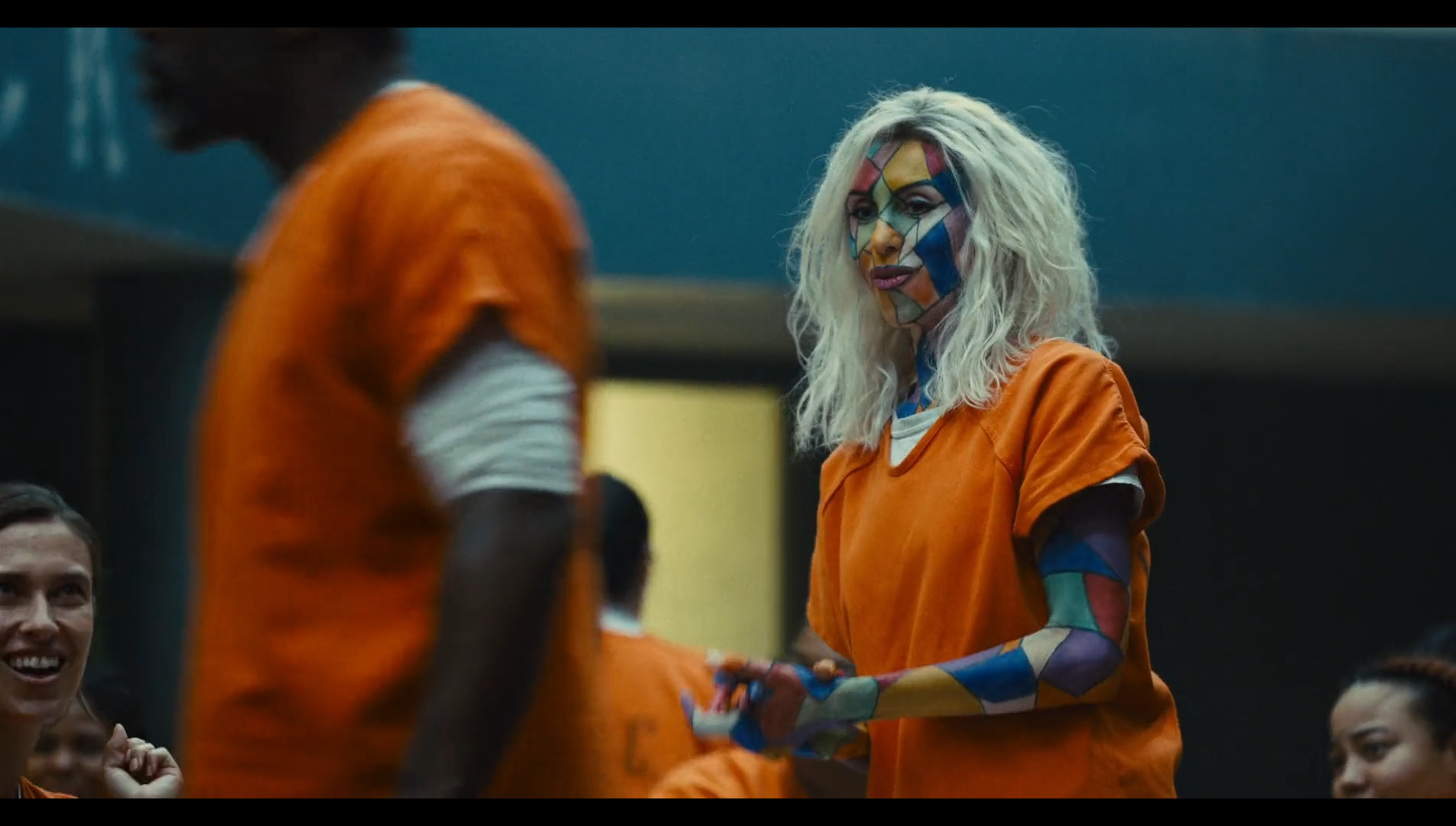 In the early parts of the film, a number of DC Comics villains pop up in Belle Reve. These include Natalie Safran as Kaleidoscope (above), Sean Gunn as Calendar Man (below), and Jared Leland Gore as Double Down (below). 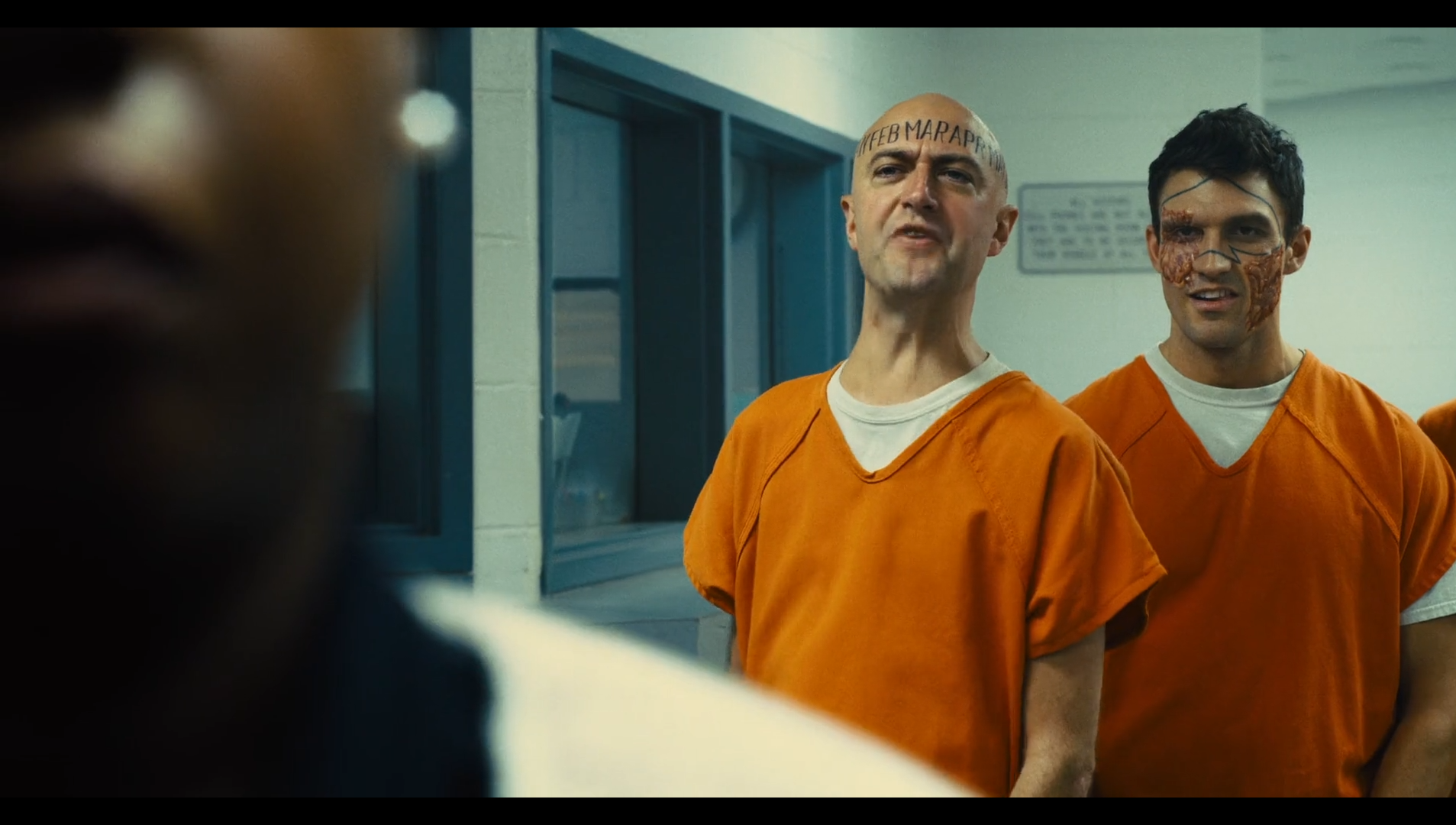 The Suicide Squad Cameo: Mantis from Guardians of the Galaxy? 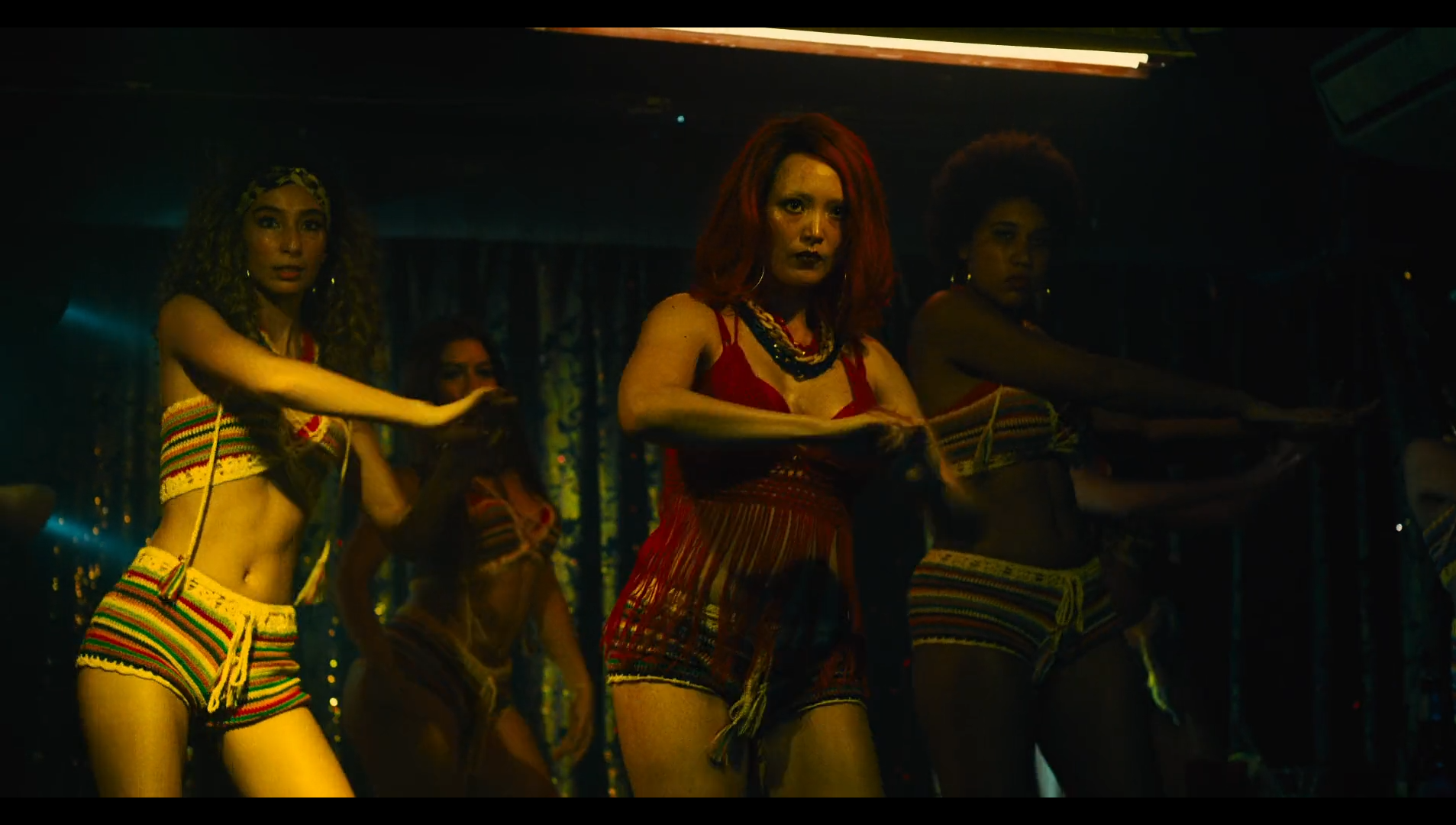 Not really, but the actress who plays GotG’s Mantis, Pom Klementieff, cameos as a dancer in the nightclub The Suicide Squad heads in as part of the mission.

The Suicide Squad: Post-Credits Scene Leads To The Peacemaker Series 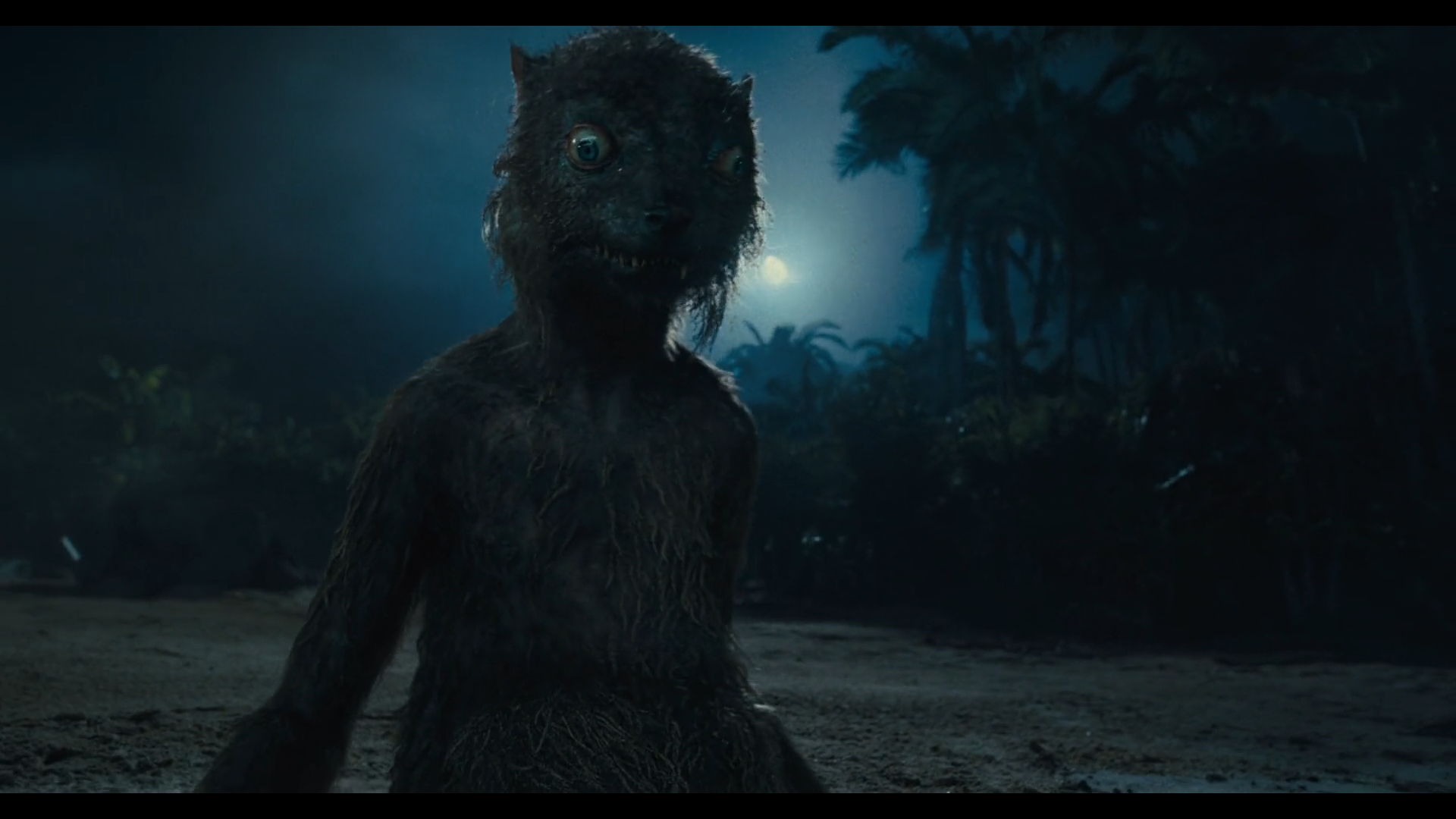 There are actually two post-credits scenes in The Suicide Squad. The first one (which actually shows just as the movie ends) reveals that Weasel (Sean Gunn) is still alive after we initially thought that he drowned to death at the beginning of the movie.

It’s the second post-credits scene that is especially important. Peacemaker is still alive and survived his shootout with Bloodsport. Waller’s lackeys John Economos (Steve Agee) and Emilia Harcourt (Jennifer Holland) appears at the hospital to retrieve Peacemaker for a new mission to “save the fucking world”. 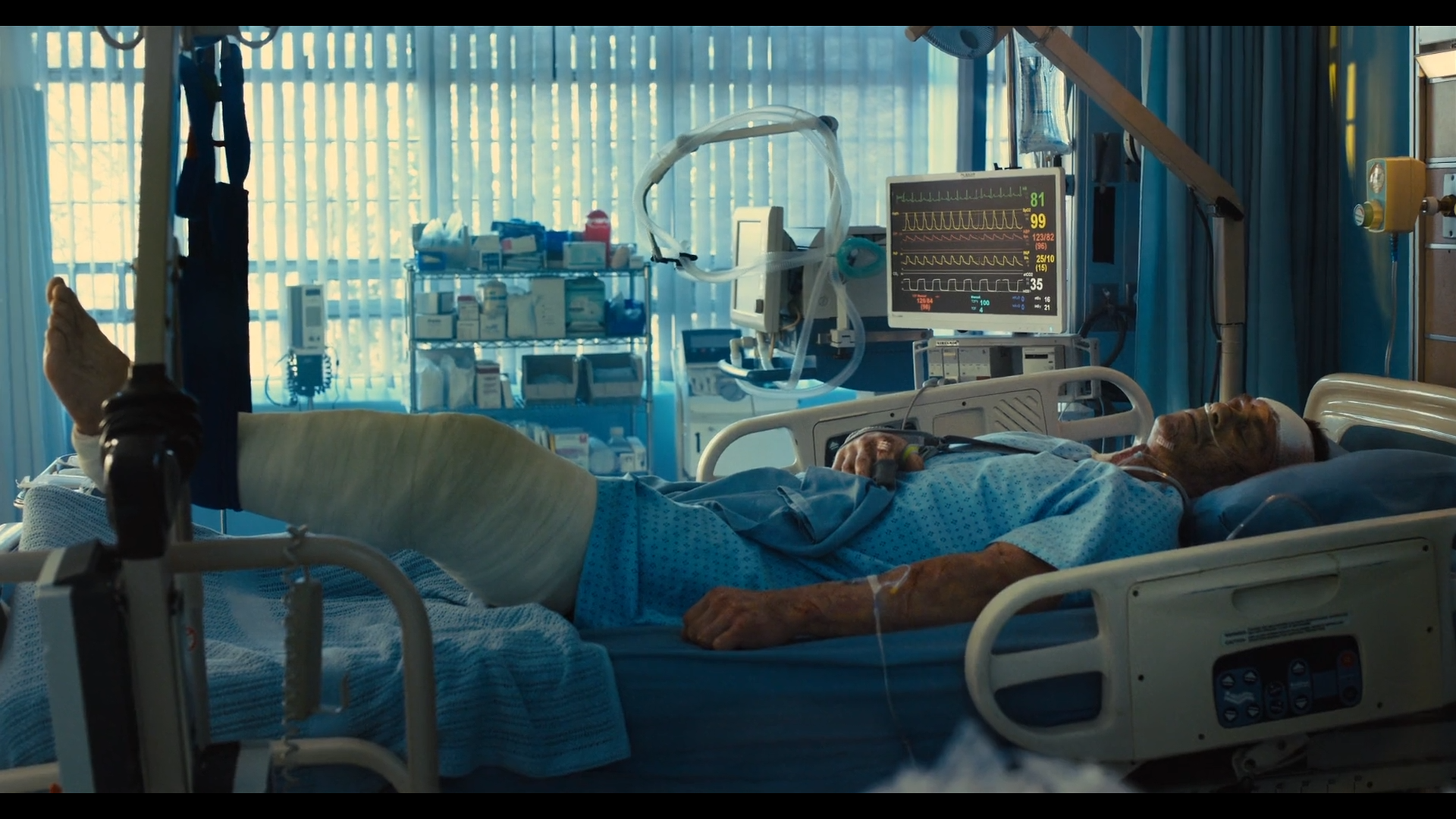 John Cena is set to reprise his role as Peacemaker in the upcoming HBO Max exclusive series Peacemaker, which will premiere sometime in January 2022 and consist of eight episodes. Agee and Harcourt will also reprise their roles as John and Emilia, respectively.

In an interview with Entertainment Weekly, John Cena confirmed that the series will pick up from where The Suicide Sequel left off, making it a sequel to the movie.

“I would venture to say that Peacemaker actually turns up the volume on anything that you see in The Suicide Squad.

I want people to enjoy The Suicide Squad and I really think they will.

Once they get a feel for these characters they’re going to want more and that’s where Peacemaker picks up.” 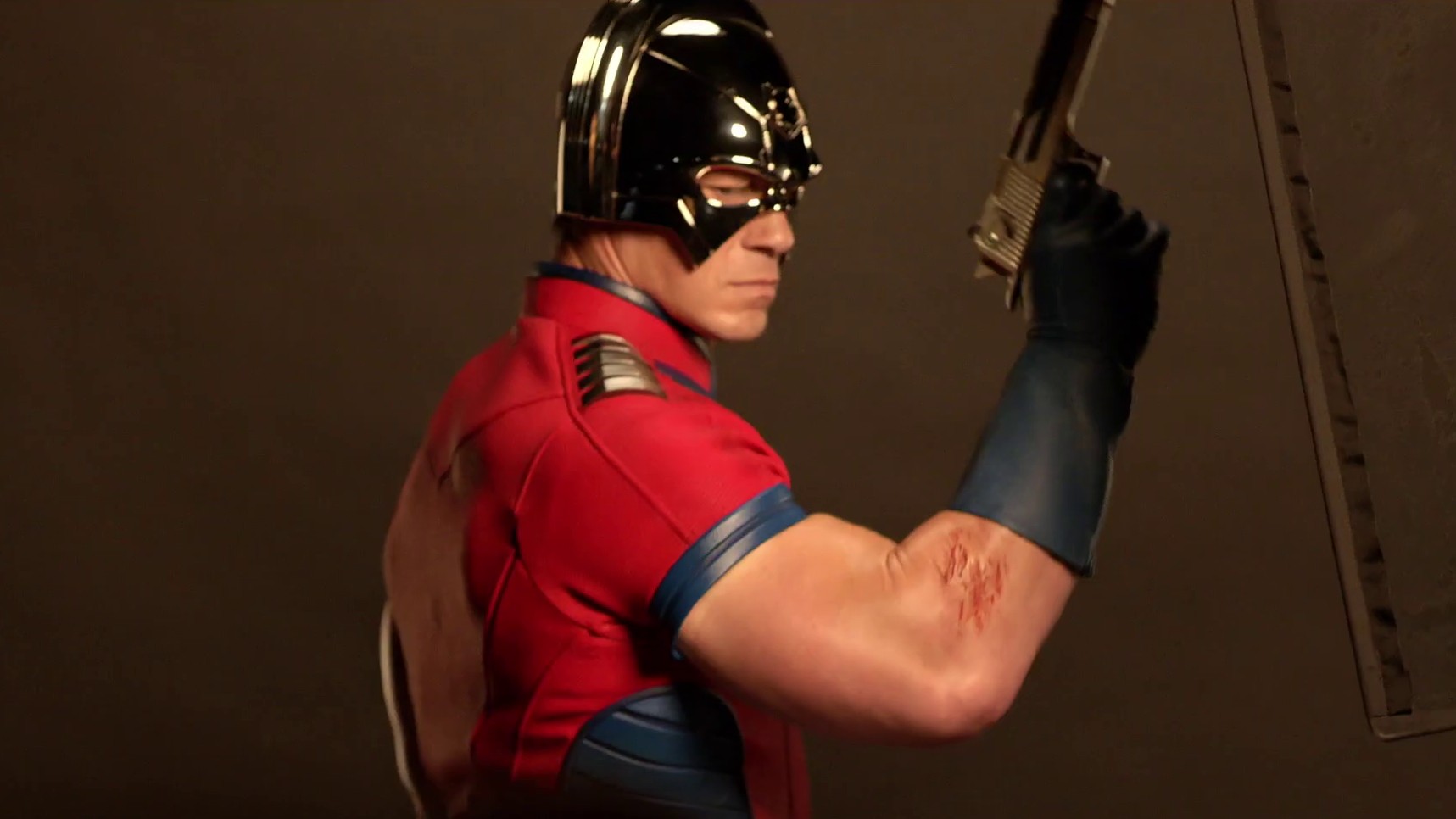 Ultimately though, there aren’t many easter eggs or even overt connections to the larger DC universe in James Gunn’s The Suicide Squad. However, that doesn’t make it a bad movie in any way. It’s still worth a watch and one of the most enjoyable movies in the DCEU to date. It has entertaining and manic energy only someone like James Gunn could pull off.

So, yeah, it’s definitely recommended by me; the ComicsLord.

Feature
Shin Megami Tensei 5: All The Demons Revealed So Far

This list is still a work in progress... With Shin Megami Tensei 5 coming for Nintendo Switch this November, it's high time we count down the demon...

Salud, fellow gamers. The weekend's here, so here is the top news for the week, all in video form. We covered a lot, ranging from that Dead Cell revie...