Marvel’s Guardians Of The Galaxy Collectibles & Easter Egg Guide: How To Get Them All

The Guardians Of The Galaxy game from Square Enix features a ton of callbacks and references to the Marvel comic book series. If you’re a fan of the space-faring daredevil group, you’re sure to love the game.

Here’s how you can collect all the 15 Guardian Collectibles, which trigger story and GotG lore moments between Star-Lord and his merry crew, as well as the game’s Easter Eggs and references.

Guardians Of The Galaxy Collectibles

Further on in the stage when Star-Lord and Rocket are competing for points, drop to the area just after the small obstacle and pink goo; crouch under the containers. In the next area, shoot the Brittle Material/Goo to reveal a new collectible. 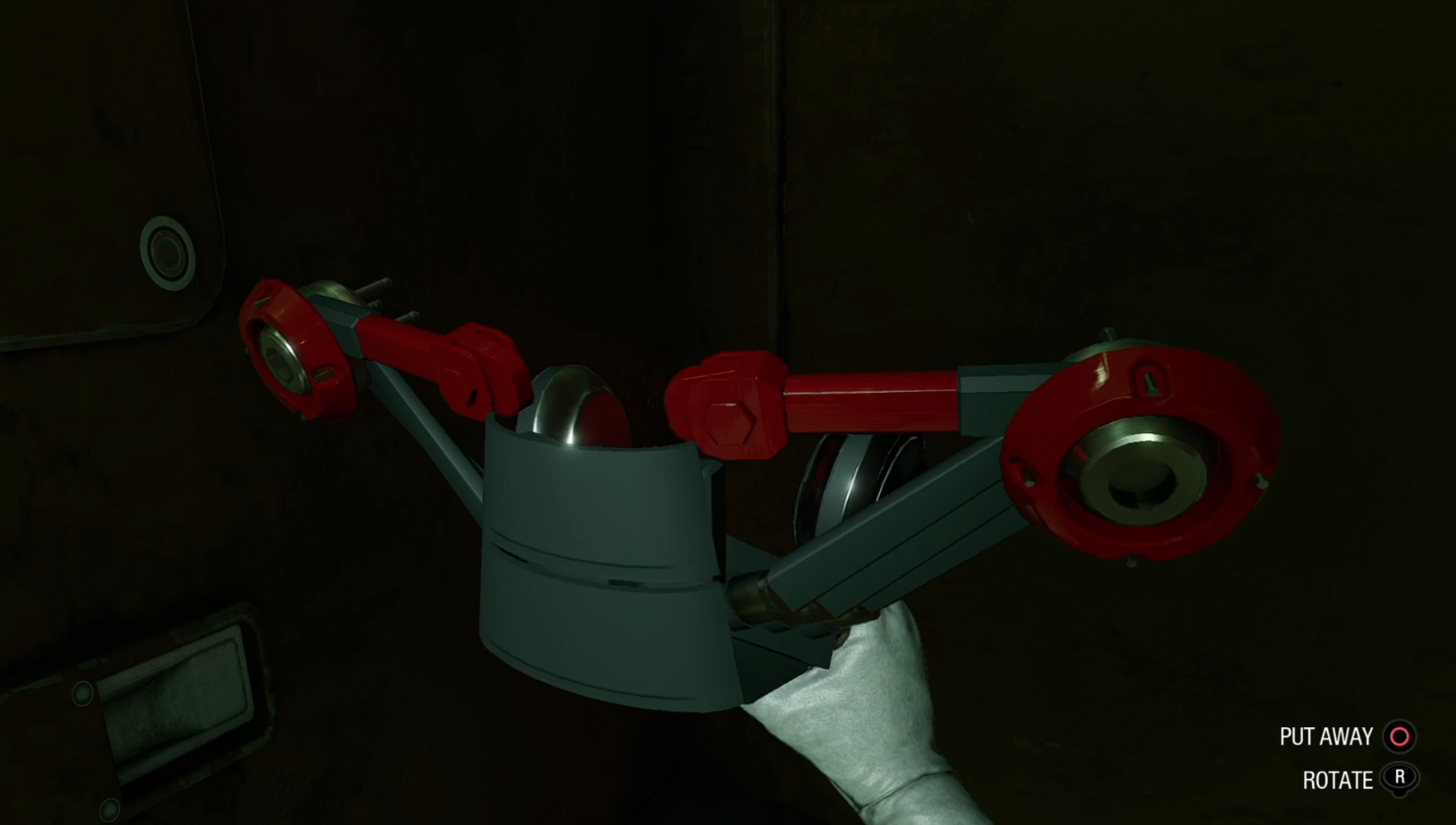 After finding the first weapon upgrade workbench, drop down to an area featuring new enemies. Defeat them, then jump up on the only path forward. Turn around and destroy the Brittle Material/Goo to reveal the collectible. 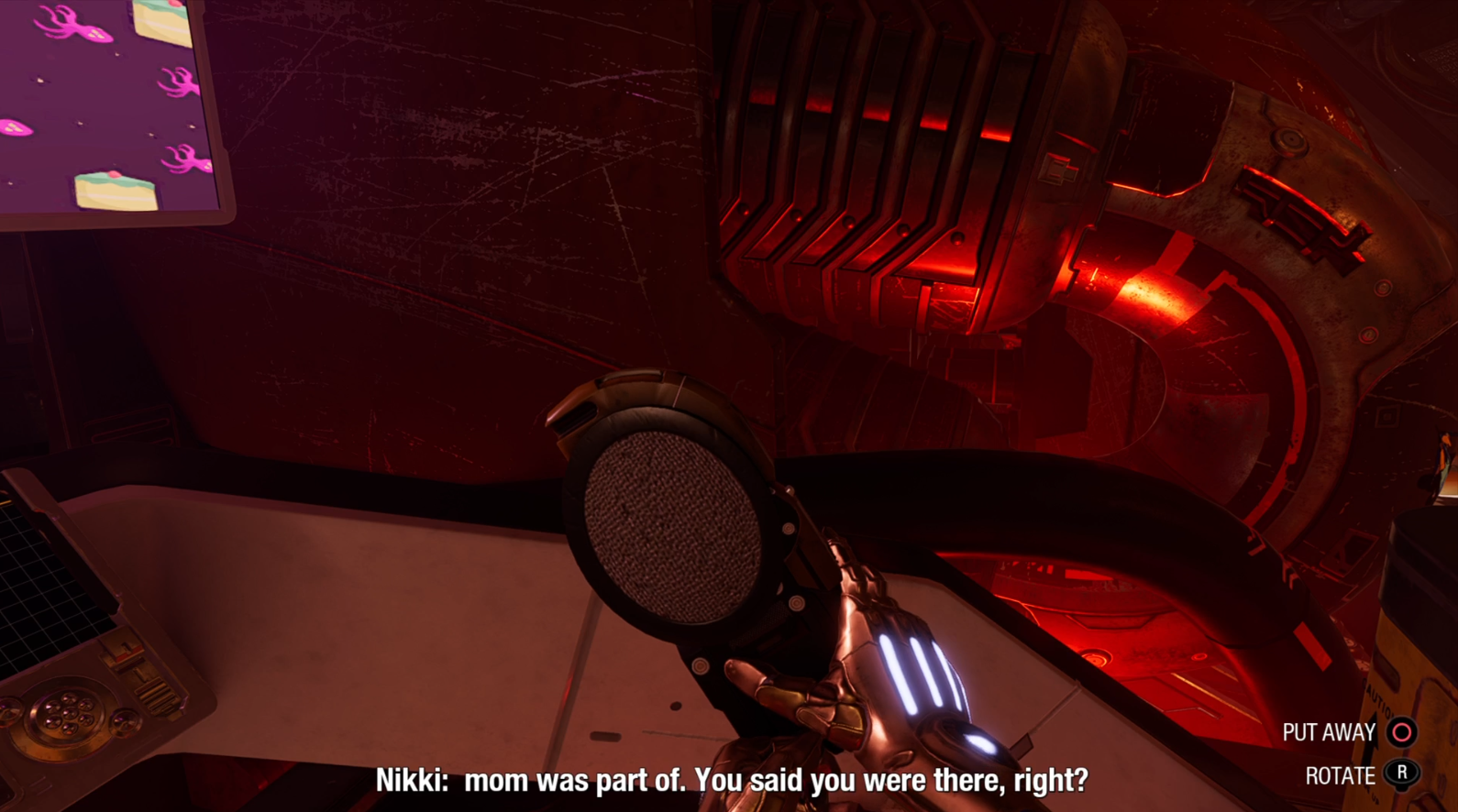 When you reach Nikki’s secret hideout, search behind the crates near the pink monitors on the ground. The collectible is there. 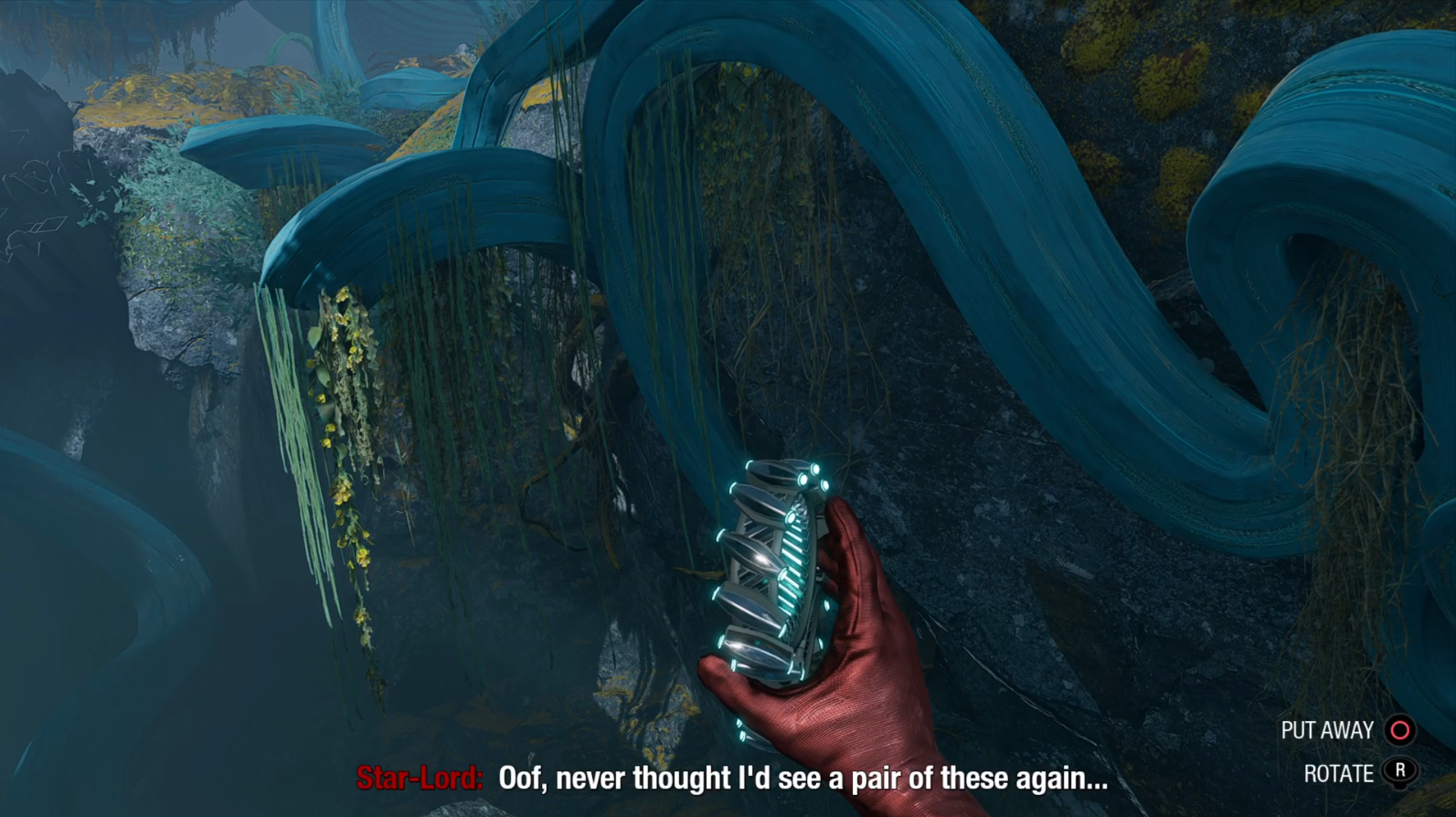 After fighting the Slakebeast, you’ll be in an area where you need Gamora to climb a wall and lift you up to shoot down a pillar. Then, command Drax to place the pillar near the ledge that’s opposite the spaceship wing. Climb up and then jump down to the platform; the collectible is just there.

Ride down the elevator down from the throne room; you’ll go through a dining area with lots of sleeping guards. Sneak past them and enter the next area. You’ll find some cages. Enter the room to the left (where Drax headed off), then check behind the red crates to find the collectible.

In the room where you have to shoot the air vent to send Rocket through, open the big gate on the right by rerouting the power. Then, go through the hallway and enter the 2nd door to head to the Control Center. It’s a room with 5 computer consoles; you can’t miss it. Check the left side of the room to get this collectible.

From the Junk Dealer, turn around and look for a big holographic face of a man with a holographic sign â€œCollectorâ€™s Emporiumâ€. Head there, itâ€™s only a few steps away from Junk Dealer. Go inside and around the right corner, talk to the gift shop guy there.

Peter will tell him about Gamoraâ€™s obsession with doll collecting, and the gift shop has a doll available. You can buy it for 2000 Units, which also counts as a Guardian Collectible that you can interact with later on your spaceship. If you have 10,000+ units, this one would be the best item to buy, but keep at least 8,000 to pay your fine later. This is pretty important if you want to get a trophy for this later in the game. 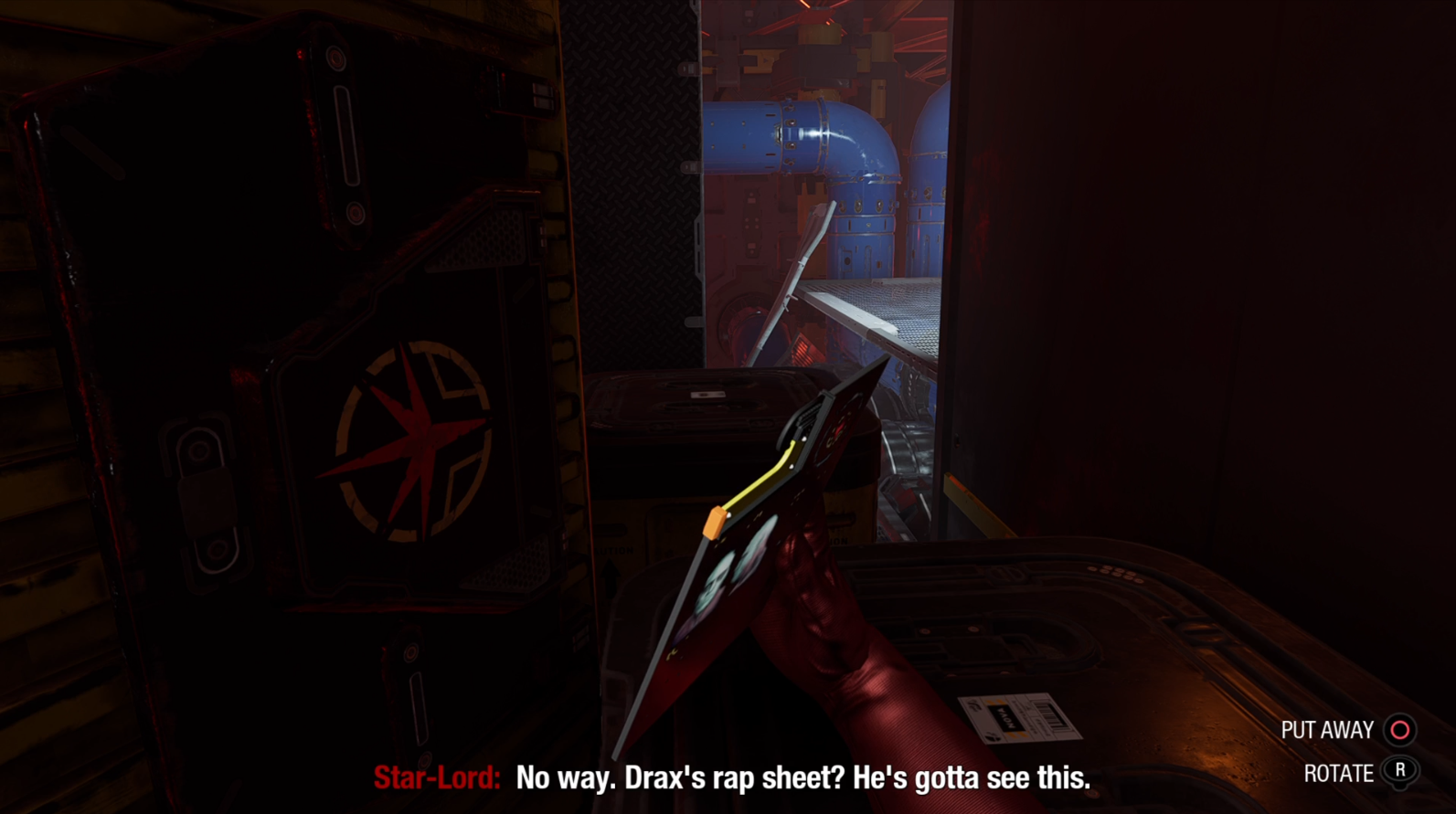 You will need Nikki’s Persona Device to open a locked door in a room right after the anti-gravity flying section. You can get this in Chapter 2 by siding with Nikki and keeping her secret from Ko-Rel. If you missed out on this, you can replay the chapter to get it.

In the room, look up, and shoot the grey goo above you. These will cause some big crates to fall down. You can use these to reach the upper floor. On the right side behind the crater, you’ll find this collectible.

When you get to Ko-Rel’s Office, you can find the collectible on the ground left of the computer, where Rocket is standing.

Right after the room with green monitors and computer consoles (where the Rocket hacking cutscene took place), head to the next room. Thereâ€™s a workbench straight ahead.

To the right of the workbench are big gears you can climb up and reach an area above. The collectible is right there.

Right after a Slakebeast fight, continue on the only path forward and squeeze through the gap on the left. Then crouch under some crystals, jump up to the cliffs. The collectible is just by some blue alien plants.

Right after fighting the second group of Ogrodes, later in this chapter, head to a face statue that has a grappling point. Use your gun’s Wind Element to move the statue, then shoot the goo behind it and squeeze through the hole.

Use Ice Element on the toxic gas leaks to make it past the chasm safely. The collectible is at the end, on the right side of the cliff. 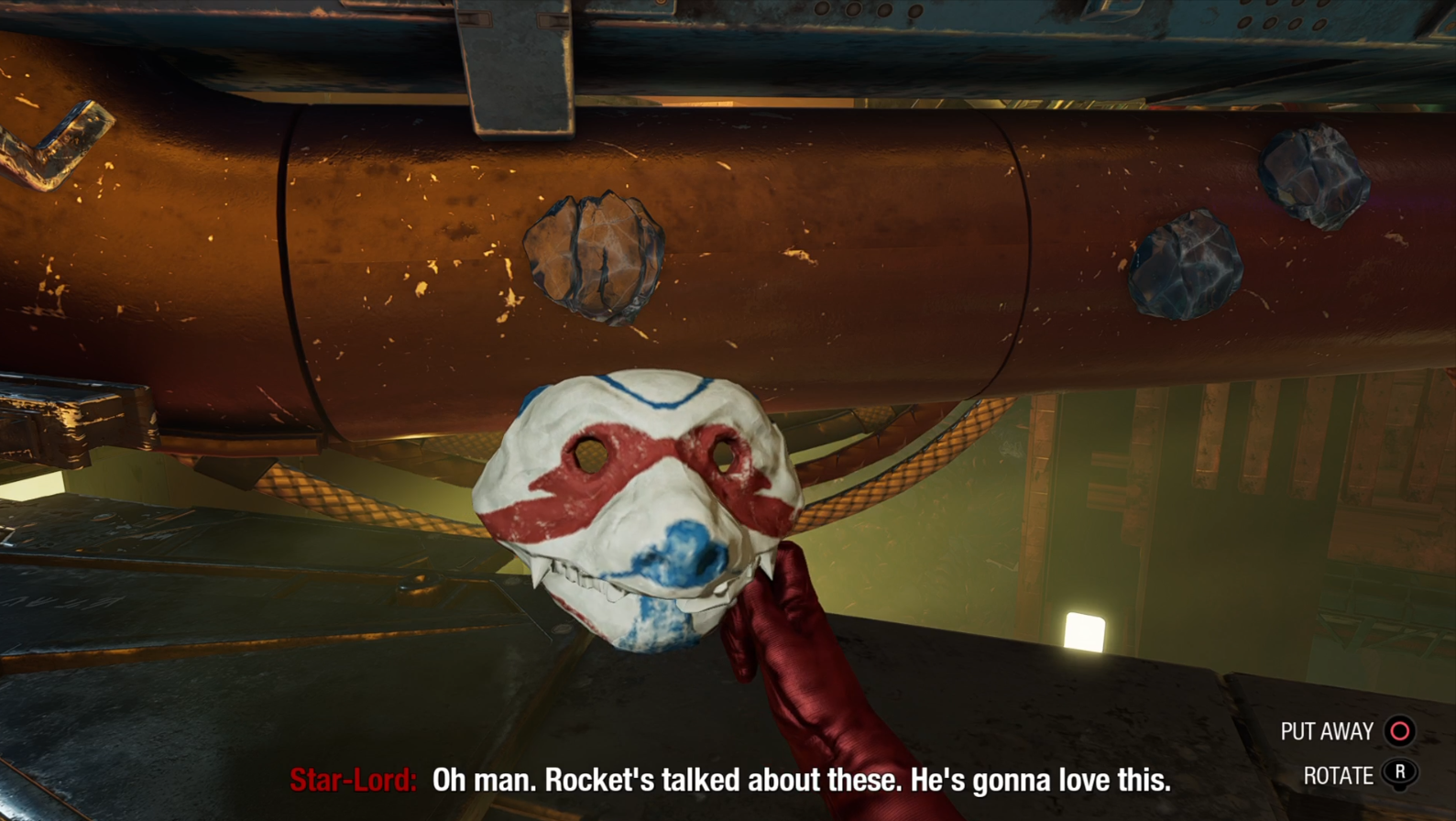 Later in the Chapter, you’ll find a ramp next to some vending machines. Slide down there, then climb up the yellow ledges and youâ€™ll see some toxic gas ahead.

Use your Ice guns to freeze the leaks on the poison pipe. The collectible is on this platform.

When you enter a dark cave after shimmying across a ledge, you’ll eventually make your way out of it. You’ll go through an ice tunnel with poison gas; kill the tentacle enemies there.

After that battle, Groot will make a bridge. Cross it, and you’ll notice a wall for Gamora on your right. Make her boost you up to get the collectible item on it.

You’ll head to a location with venomous spores later in the Chapter. On the right side of this area is the item, at the very edge of the area. It looks like a small flower pot; you can’t miss it.

Here’s a video featuring all the comic book and movie references from the GotG universe and storylines. Contains a number of spoilers, so here’s your warning.

Update (27 March): We have our first-ever full view of the Monstrums, and Adol in his new getup via Dengeki Online.Â  Last time on Falcom's Ys VIII...

Article originally published on 11th May 2018. Brought forward because today is Mother's Day. This May 10th, we give thanks to our mothers and moms f...