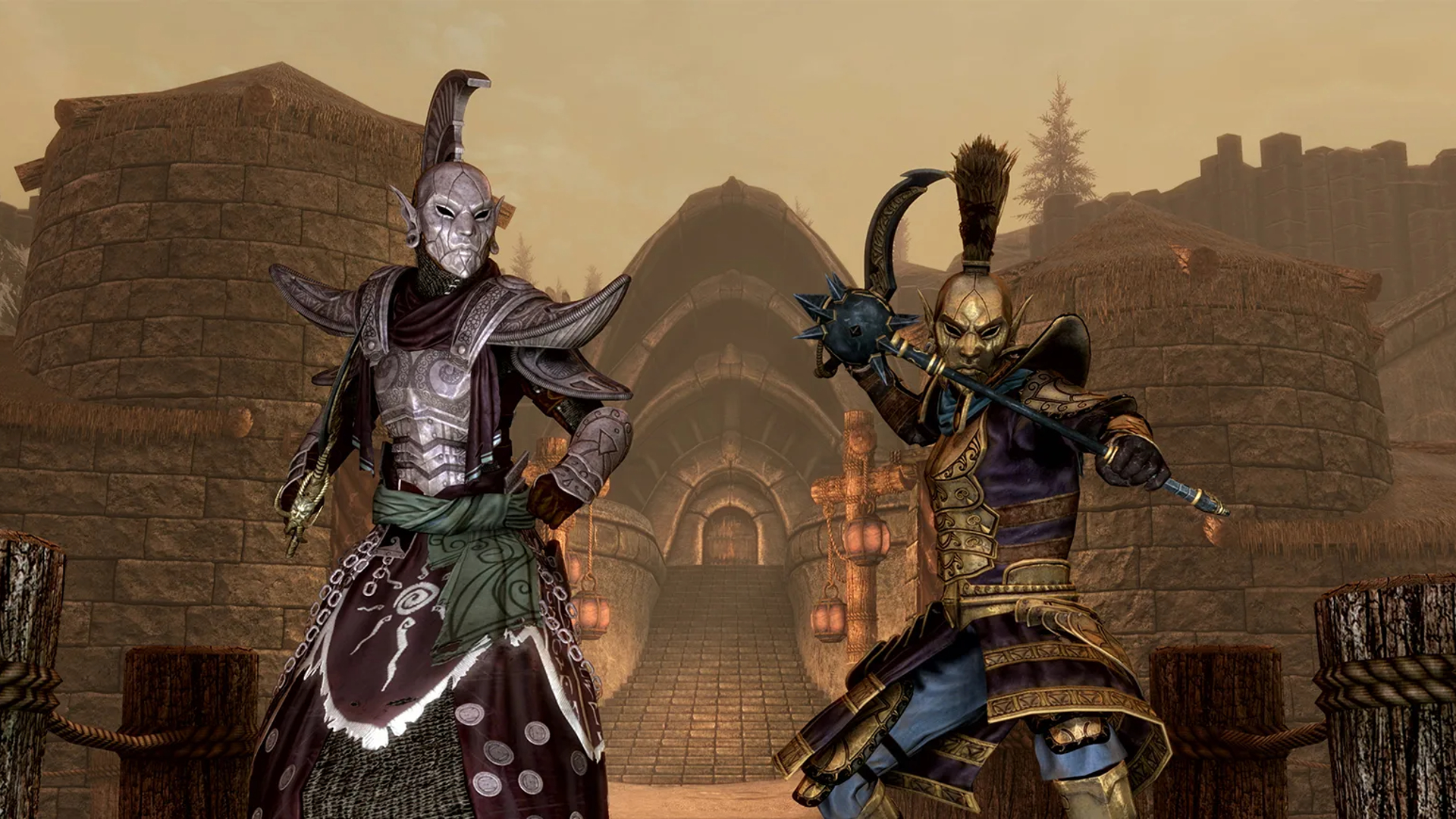 Originally released in 2019, this creation introduces an additional storyline across two quests (complete with side quests) for players to delve into. It features additional armour sets, weapons, enemies and much more to discover.

Included as part of Saints & Seducers, the Rare Curios creation brings additional goods imported from all over Tamriel to Skyrimâ€™s Khajiit Caravans. So long as you have coin, these merchants can supply you with all sorts of useful wares, including ingredients to concoct special potions, arrows and poisons.

Looking to immerse yourself in Skyrimâ€™s untamed wilderness like never before? Previously released in 2017, the Survival Mode creation has your Dragonborn contend with the very elements of Skyrim itself to survive! Players must wear warm gear and seek shelter in cold climates to keep from freezing to death, as well as mind their hunger and exhaustion on top of the usual threats like pesky bandits and ambushing dragons. Thankfully, Skyrim is rich in food to harvest (or scavenge), weather-appropriate armour and even taverns to rest your weary head.

On the topic of obtaining your own food, Skyrimâ€™s all-new Fishing mode creation lets you angle over 20 unique aquatic species across the areaâ€™s many bodies of water. Cook your catch for a meal, display it as trophy in your den or even keep it inside your own home aquarium â€“ the choice is yours.

â€œI have been eagerly awaiting the release of this round of creations. I’ve wanted fishing in Skyrim ever since the beginning and now it is finally here. We’ve worked hard on this program and it has been a true labor of love; there are more than a few surprises tucked away and I can’t wait for everyone to find them.”

That isnâ€™t everything in the Anniversary Edition â€“ players will also be able to enjoy an all-new batch of creations, including new ways to play and new quests tapping into Tamrielâ€™s history. In â€˜Ghosts of the Tribunalâ€™ youâ€™ll earn over a dozen new weapons and armours previously featured in The Elder Scrolls III: Morrowind, while â€˜The Cause,â€™ has players encounter the Mythic Dawn, who aim to form a new Oblivion gate, and features brand new enemies, locations, and weapons â€“ not to mention a conjurable Daedric horse.

In addition, there will also be a special Skyrim 10th Anniversary Concert at 3am GMT+8 on 12 November 2021 featuring the London Symphony Orchestra and London Voices.

Check out the video below for more details and information:

Assassin's Creed Chronicles China Is Free Until Next Week

Is Ghost of Tsushima Going To Be On PC?