Mamoru Hosoda’s Belle has been out for a week or two in Southeast Asian cinemas. We believe it’s high time to talk about how the film resolves itself and what its ending means.

We’ll be talking about Belle’s ending on this piece, so…

Why Did Suzu Spend A Lot Of Her Time At The Virtual World U?

Because she needed to find a way to escape from the grief she feels after her mother sacrificed herself to save a stranger’s kid out in a river in heavy rain. She wasn’t sure why this happened, so she isolated herself from people and eventually found solace in U as a different person: a beautiful singer named Belle.

Keep in mind that she doesn’t actually sing; she gets help from her nerdy friend Hiro-chan to help do the music synthesizing and spectacle in U. Think of Hiro-chan as one part of a VTuber crew.

So Who Is The Dragon/The Beast? 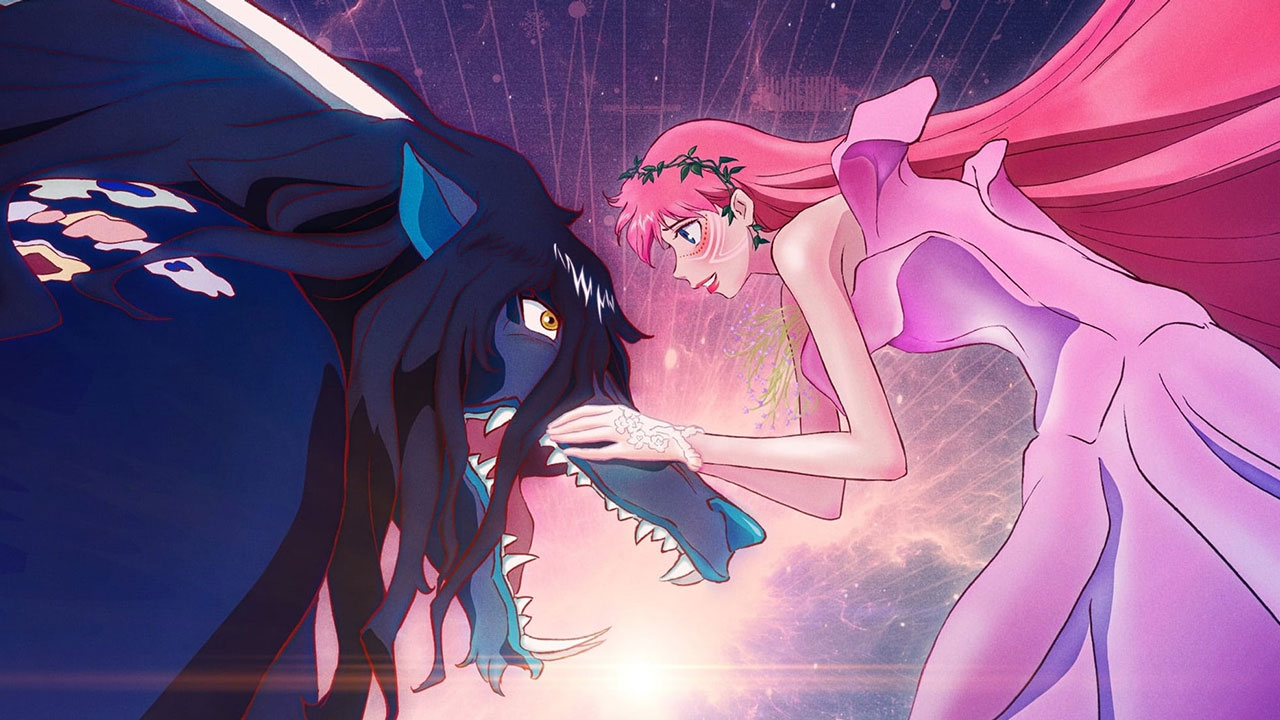 It’s a kid named Kei. He uses his persona in U to partake in fights at U to let out the aggression he receives in real life. See, Kei and his younger brother are living with an abusive father, who is lashing out because of the loss of his wife. Suzu could tell that Kei was abused because of the bruises shared by Kei and his The Dragon avatar; U’s avatars are unique because they share biometrics with their sole owner, meaning you can’t dupe them.

The family itself has been on television earlier in the film.

How Did All Of This Transpire?

See, the vigilante group led by Justin, who possesses a weapon that can reveal an avatar’s real identity, storms The Dragon’s castle and destroys it. But they failed to capture the Dragon, him being elusive and all that.Â Â Since Belle is close with the Dragon, Justin interrogates Belle, threatening to unveil her identity to the whole world if she refuses to cooperate. The Dragon rescues Belle at the last second, saving her from being unveiled before leaving once more. Suzu and Hiro immediately try to find out the Dragon’s real identity before Justin can.

Also, for some reason, Justin has sponsors who want to see the unveiling of The Dragon. When you realize that even fanatical and obsessed Twitch streamers and YouTubers have sponsors backing them in the real world just for playing games and being toxic, caricatures like Justin are just a step away into being real.

Suzu is able to find the Dragon’s identity, Kei, after hearing his younger brother sing the song that should be known only by her and the Dragon, amidst all the livestreams playing on Hiro-chan’s monitor. From the live video, it is revealed that Kei and his brother are being abused by their father. Suzu contacts Kei to help, but Kei does not believe that she is Belle. That is the big twist here: Belle isn’t a pure romance story between the beauty and the beast, but a tale about using online personas to escape trauma and abuse. Pretty dark stuff.

For Belle to earn Kei’s trust, Shinobu urges Suzu to sing as herself in U. This leads to Suzu unveiling herself to the whole world in U and begins to sing, gaining support from everyone listening. This leads to one of the more chilling and beautiful third act spectacle of the show, where Suzu sings an emotional song as herself to the U crowd, with her pals and her deceased mom’s friends watching in real life at the old school they’re hobbled at. 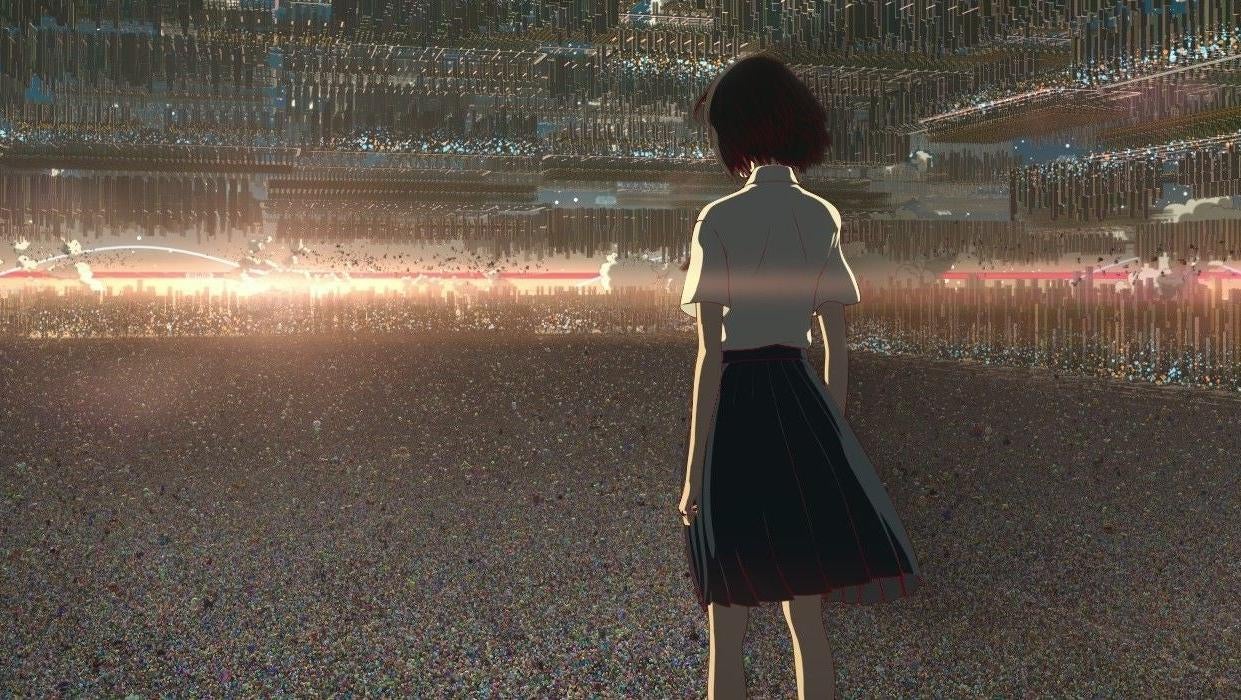 Watching Belle as Suzu, Kei decides to trust Suzu and tries to contact her again. Unfortunately, Kei’s father sees the recorded video of his abuse posted online and immediately cuts off the internet connection before Kei can tell his address to Suzu.

From the recording of the room, Kamishin recognizes the buildings near Kei’s hometown in Kawasaki, Kanagawa, nearby Tokyo. Since the authorities cannot act until 48 hours have passed, Suzu quickly rushes to the city by herself to find Kei. She was offered help, but Suzu insist she do this alone because that was what her mother did years ago when she sacrificed her life then.

Arriving at Kei’s hometown, Suzu protects Kei and his brother from their father, who feels a ton of remorse after seeing Suzu using herself as a shield between him and the boys. Once that’s settled, Suzu and Kei thank each other for giving them courage. So, what happened after? Does the father go to jail for this? Are the kids going to Japan’s version of social services? This part seems ambiguous and may piss off a lot of viewers since there’s no real closure, though given the tone of the film the director purposely just left it there just for us to decide the outcome for ourselves. The show itself relies on fairytale resolutions, so at the very least it’s kept consistent.

As for Suzu? She makes up with her dad and reconnects with him after years of pushing him away. Shinobu praises Suzu for her bravery and decides to stop being her guardian in her mother’s place. Finally understanding her mother’s actions, Suzu comes to terms with her mother’s death and is ready to sing with her friends.

A pretty happy ending overall, although the last third of the film’s heavier subject matters are resolved in an arguably naive and not quite realistic manner. After all, do you really want your main character going at it alone against an abusive parent who can overpower you? I understand that Mamoru Hosoda wants our heroine to go at it alone for the sake of gaining courage for her story arc, but a lot of things can go wrong in this instance if you have emotions like these cloud common sense. Chalk the last third of the film to rushed writing.

Kamishin hooked up with Ruka-chan in what could be the most adorable matchmaking scene that involves a single shot. Suzu had to goad Kamishin not once, but twice, to get the both of them to talk and share their feelings for one another. Bits like this, among others, make BelleÂ a beauty of the 2022 film ball.

Feature,News
All The Games At PC Gaming Show 2020

The PC Gaming Show 2020 took place earlier today, and more than a whopping 50 games were revealed during the 2-hour live stream presentation (though n...

Feature
Far Cry 6 Starter Tips: How To Arm Yourself For Libertad

Far Cry 6 is out this week. And if you love yourself some high-polished Ubisoft open-world shooter gameplay, this one will impress. Here are some q...

Feature
Yakuza: Like A Dragon Guide - The Best Jobs For Each Character & More

Yakuza: Like A Dragon is a daunting but fun RPG to get into. It's got a lovely cast of characters, a ton of sidequests, an engaging main story, and a ...