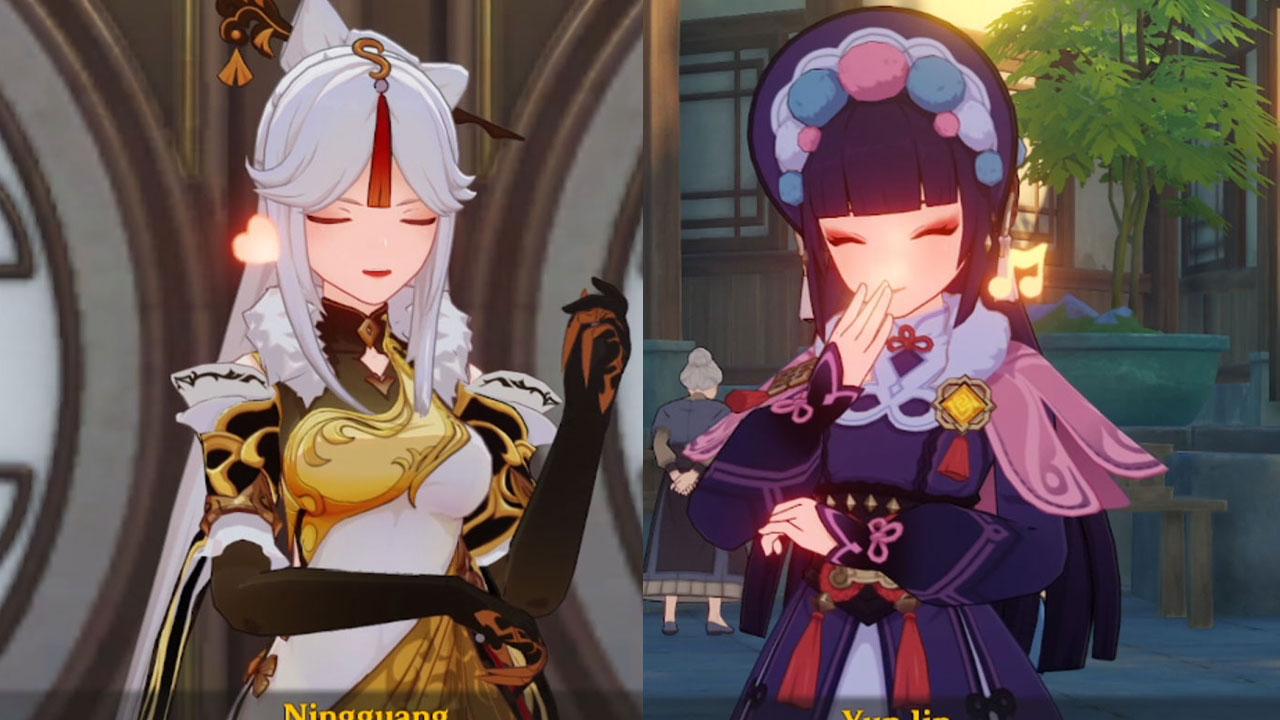 Genshin Impact’s 2.4 update is now live, which means you get to fight new creatures, explore new areas and dungeons, and most importantly, hang out with your companions in the game’s visual novel dating sim-style minigame.

This January, we have both Ningguang and new gacha character Yun Jin. Here are the guides for both these characters.

Prerequisite to unlock both Hangout Events

To unlock them, first you need to complete the Crane Returns on the Wind story quest. It’s basically Shenhe’s story quest when you think about it: you basically go through the story dungeon and then fight a boss at the end. The pathway to this questline is pretty basic.

Ending #1 “While the View Remains Good”: Talk to Ningguang’s assistant, then pick the first option when sorting out Ningguang’s schedule. Then follow her schedule to the letter. You’ll be prompted with two options after the business lunch: pick the “informant meeting” when prompted. You’ll be going through a scenario where Ningguang’s informants refer to her as aunty.

Ending #2 “The Weight of a Collection”: Follow Ending #1’s path but pick the “check on the auction” option when prompted after the lunch meeting.

Ending #3 “Unchanging Will”: When sorting out Ningguang’s schedule, pick the second “avoid anything complicated” option. Then pick “something you never normally have time for” when prompted by Ningguang.

Ending #4 “Fortunes Shared”: Follow the same “avoid anything complicated” schedule, but pick “Let’s do something you never normally have the opportunity to do”. Then pick “start at the bottom of the ladder” in the next dialogue choice.

Ending #5 “Feint and Riposte”: Follow the “Let’s do something you never normally have the opportunity to do” like in Ending #4, but pick “let’s work at Northland Bank” instead.

Here’s a video walkthrough to help you out.

Ending #1 “A Shame that the Road is Rocky”: After saving Yun Jin at the start of the Hangout, pick “Safety comes first” when confronted by the manager. Then choose to talk to the journalist without manager interference. Then after you eavesdrop on the manager and journalist, pick “This ends now!”

Ending #2 “And Few Friends You Shall Find”: During the eavesdropping segment, pick “stay hidden & check in with Yun Jin” when prompted. You’ll see some lawyering from Yun Jin.

Ending #3 “Brought Together By Common Interests”: When the journalist is talking to Yun Jin like in the Ending #1 path, pick “play it safe and book the interview with manager” option. You’ll go on a night out in Liyue with Yun Jin. After the “date”, pick “your offstage personality is the cuter one”.

Ending #4 “A Souvenier Without Sentiment is of Little Worth”:Â  After the date, pick “your onstage persona is more striking”.

Ending #5 “The Cast Contemplates The Play’s Meaning”: When you are confronted by the manager at the start after rescuing Yun Jin, pick “You make a good point, Yun Jin”. You’ll then go through your first acting class with Yun Jin.

Fantasy Strike Tier List And Tips: How To Get Good In This F2P Fighting Game